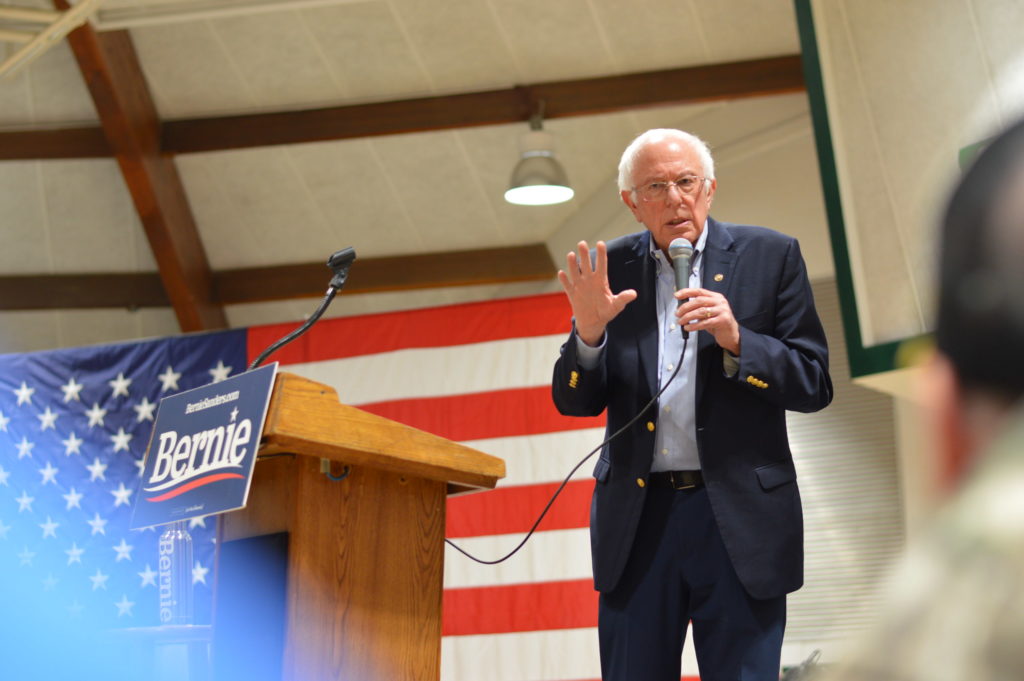 CEDAR RAPIDS — Bernie Sanders has attracted larger crowds in Iowa’s second-largest city, but the supporters who flocked to see him on Saturday, Dec. 7, appeared to hang onto the presidential hopeful’s every word. 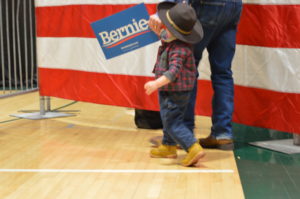 A young supporter carries a sign at the rally. (photo/Cindy Hadish)

A gathering estimated at 350 people heard the Vermont senator speak for about 40 minutes in the gymnasium of Harding Middle School, 4801 Golf St. NE.

Touching on familiar topics of health care, support of union workers, tuition-free college, fighting climate change and corporate greed, Sanders fired up the diverse crowd, with particularly loud applause for his stance on legalizing marijuana and ending the sale and distribution of assault weapons in the United States.

Sanders noted that he does not seek wealthy donors, reinforcing the grassroots support of his campaign, with an average donation of $18. 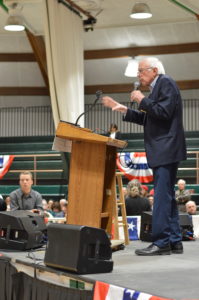 “At the end of the day, 99 percent is bigger than 1 percent,” he said, in reference to the wealthiest 1 percent of Americans.

Citing Donald Trump’s “demonization” of minority groups, Sanders promised that as president, he would pass comprehensive immigration reform and restore the legal status of the 1.8 million young Americans under the Deferred Action for Childhood Arrivals (DACA) policy.

The rally came at the end of a week in which California Senator Kamala Harris exited the still-crowded field of Democratic presidential hopefuls and just over a month after Sanders suffered a heart attack.

He stayed after his speech for about 15 minutes, signing autographs, shaking hands and letting supporters take selfies with him, going into the crowd at one point to converse with a woman in a wheelchair who couldn’t get to the front of the gathering.

See photos from the Presidential field at Progress Iowa Corn Feed and more from the Bernie Sanders rally: 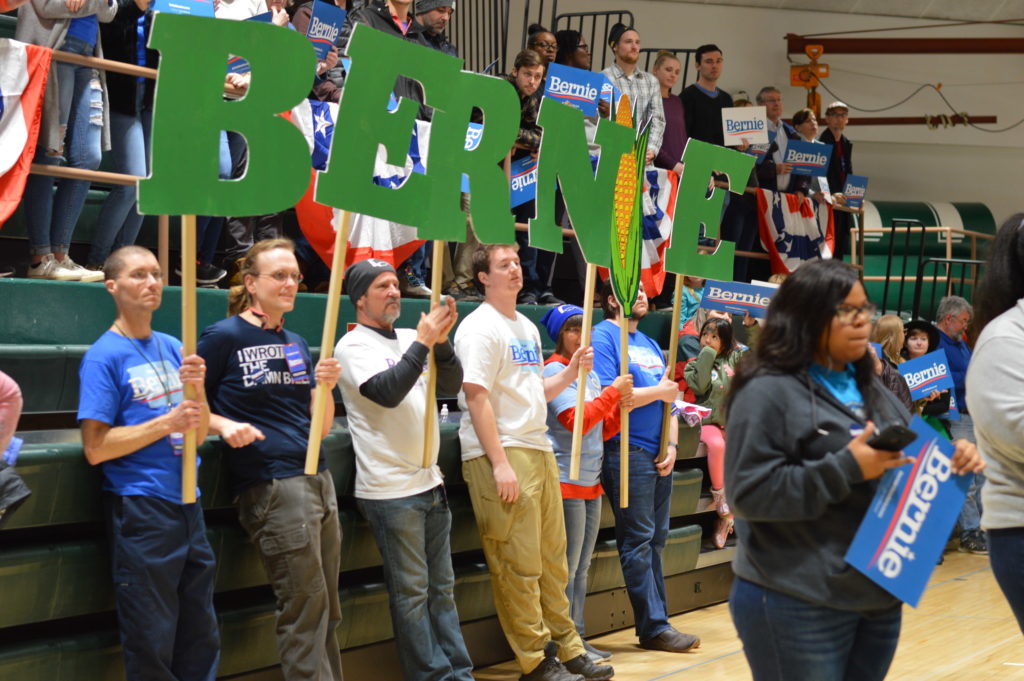 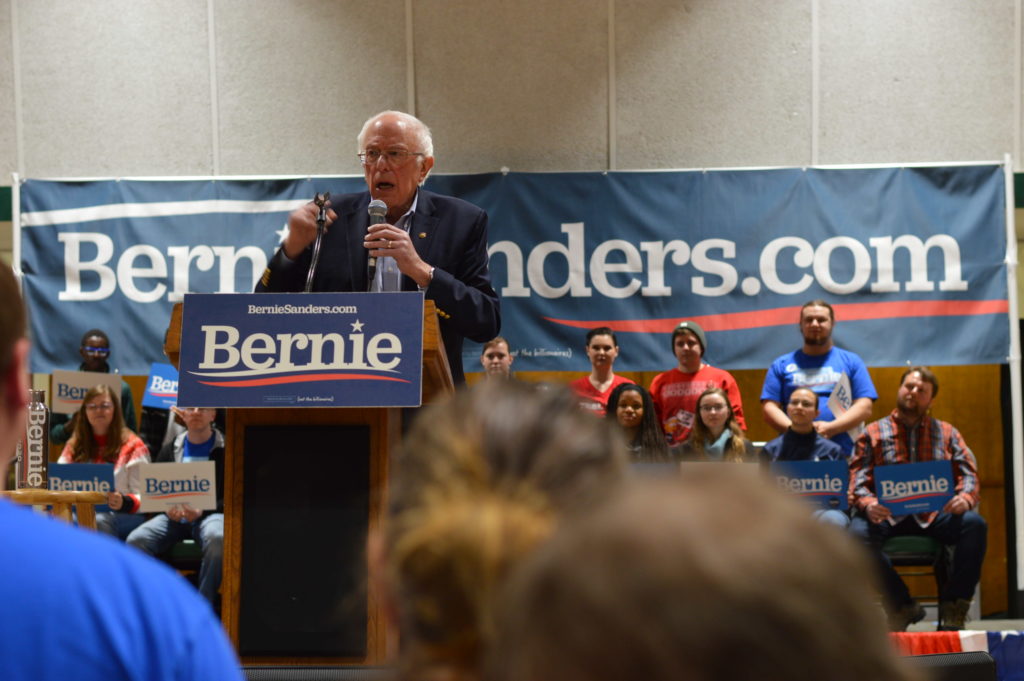 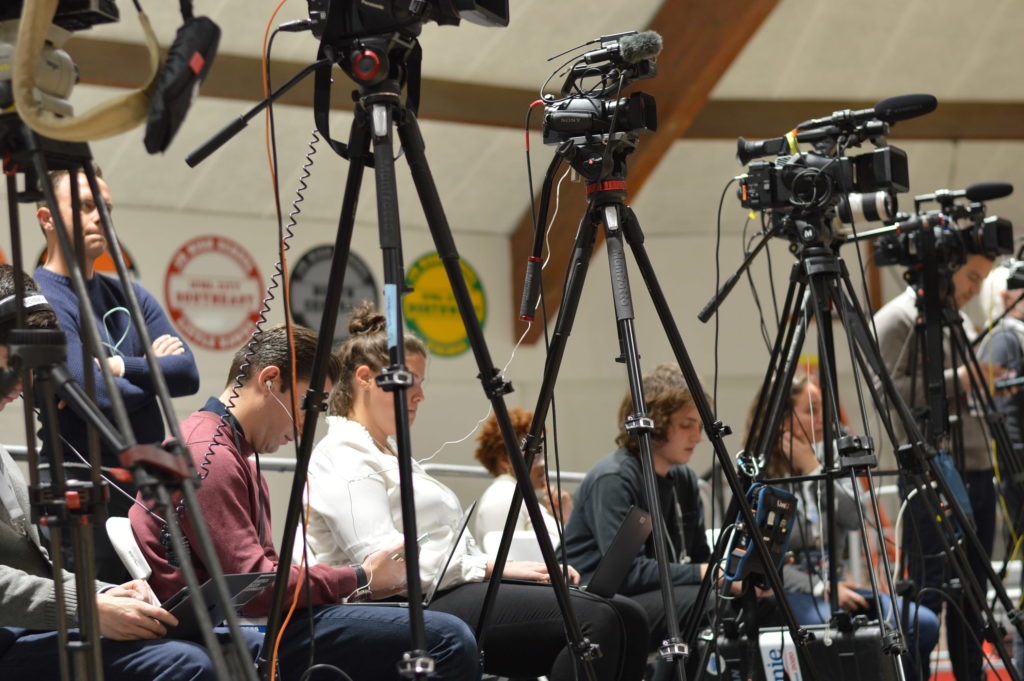 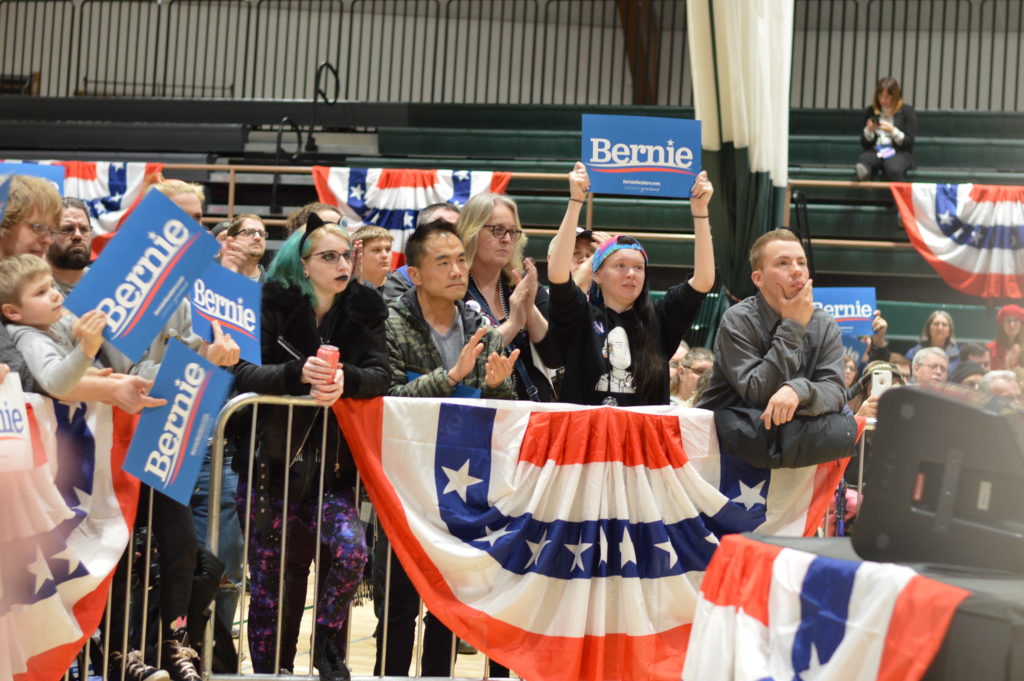 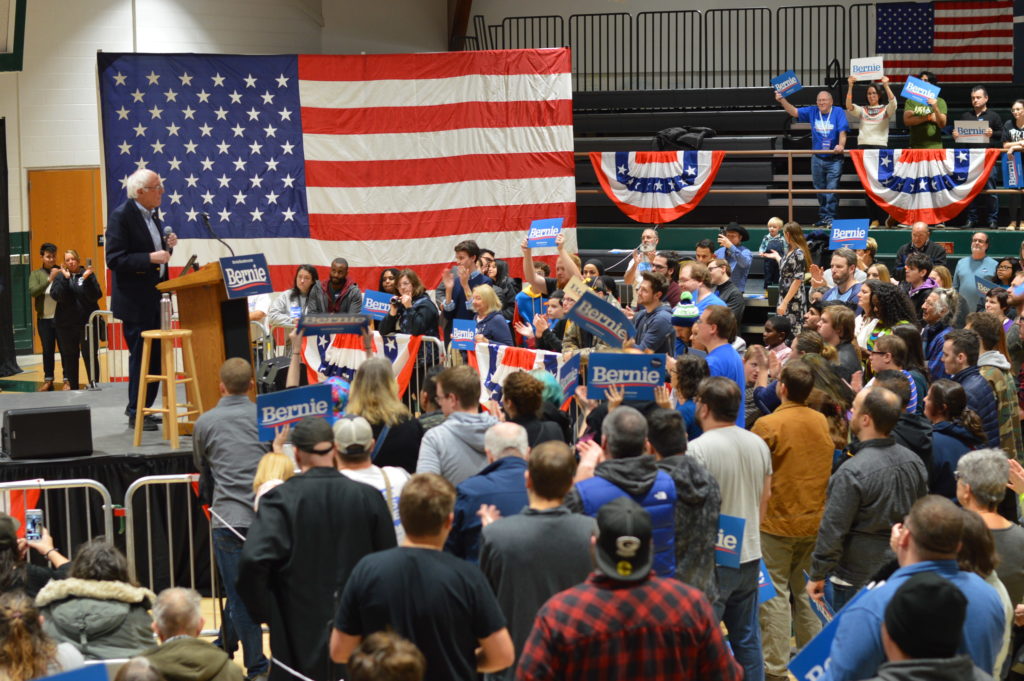 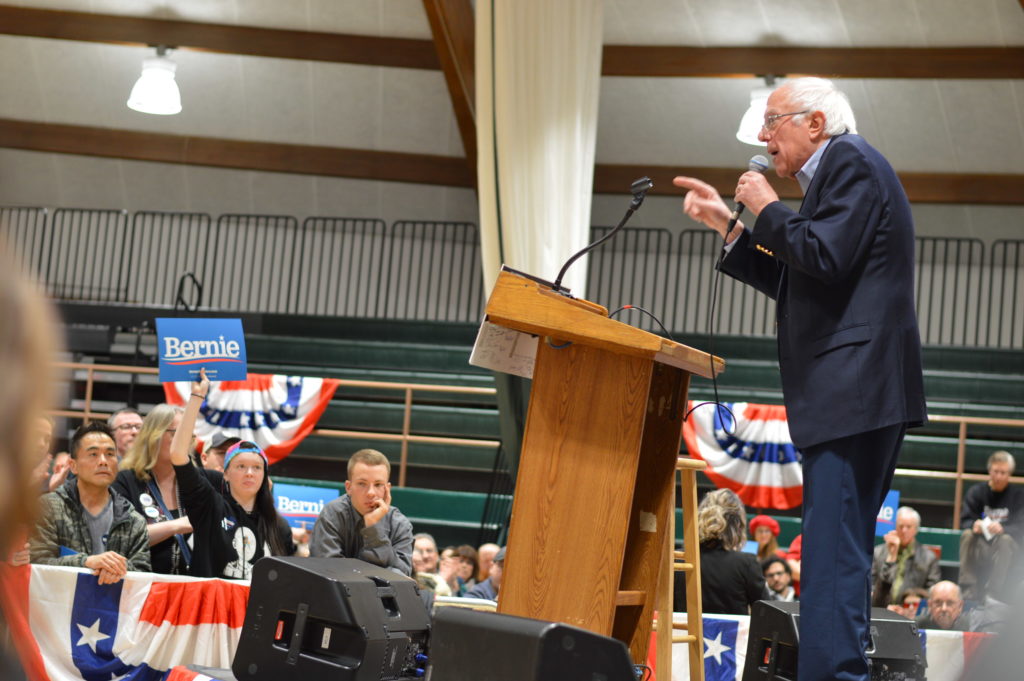 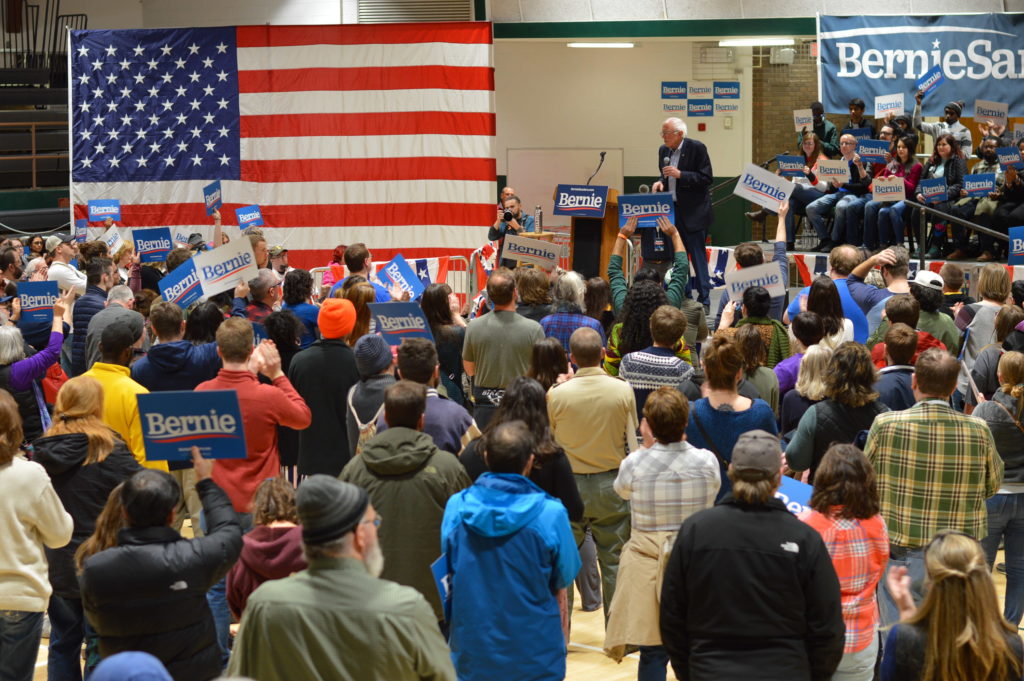 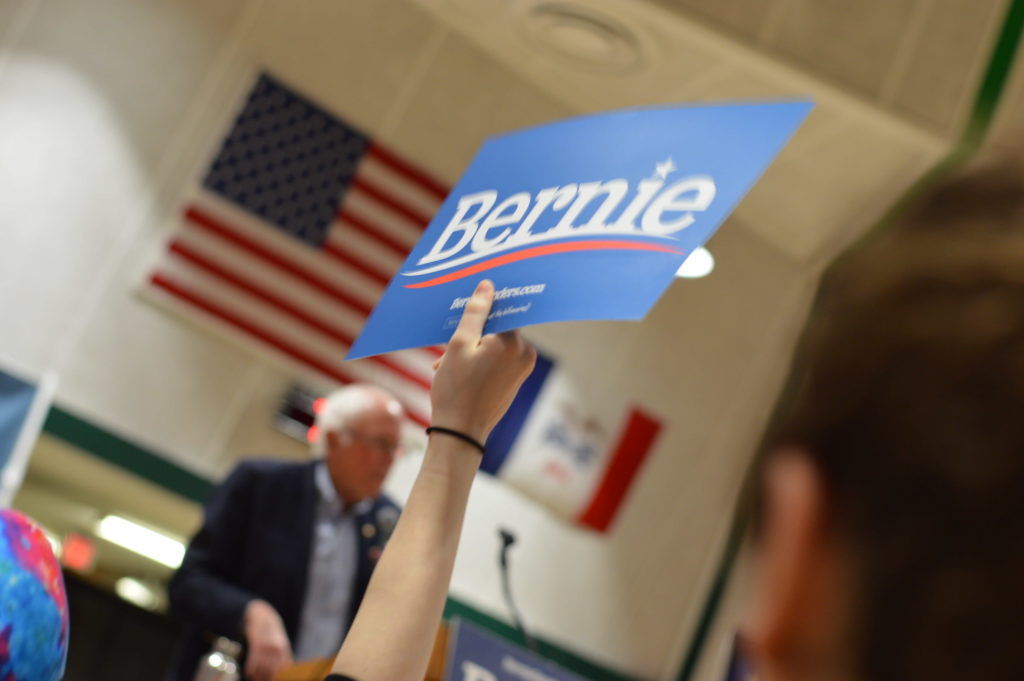 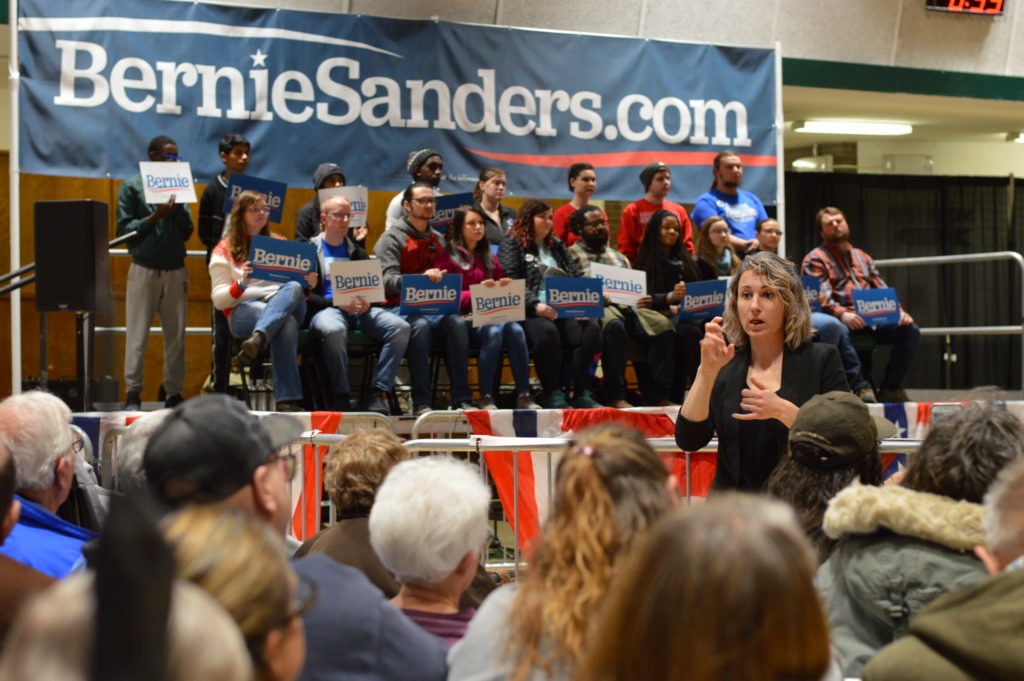 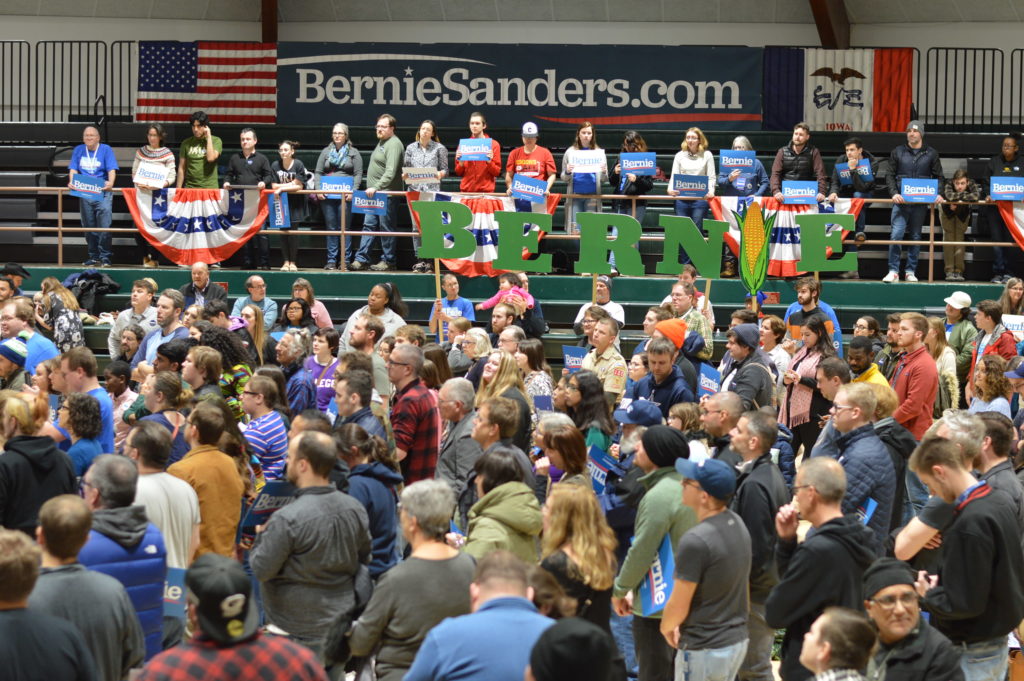 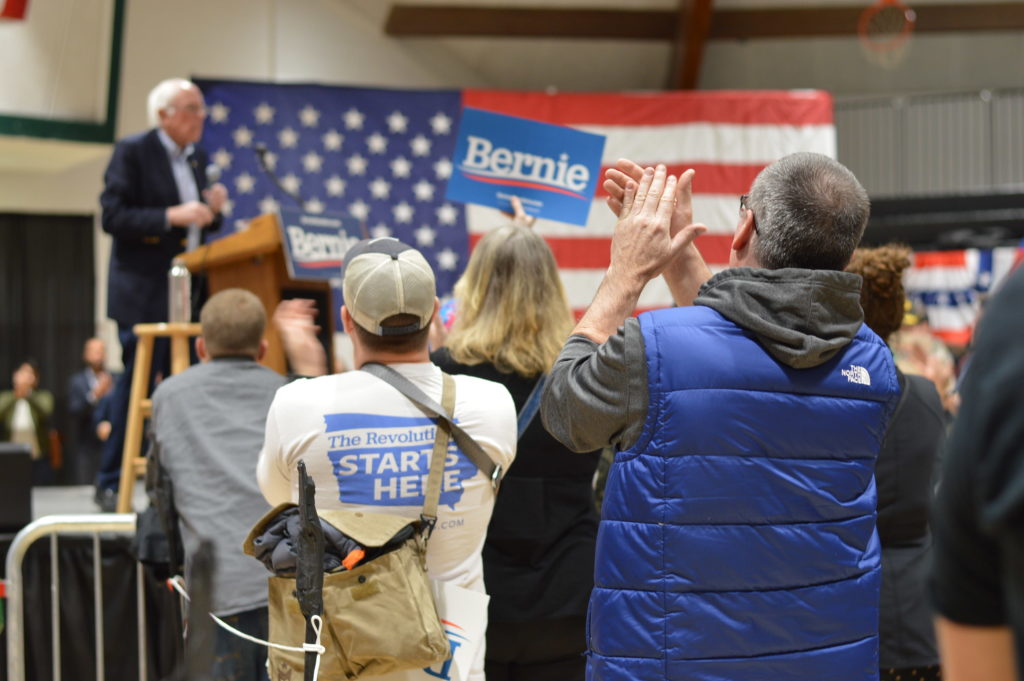 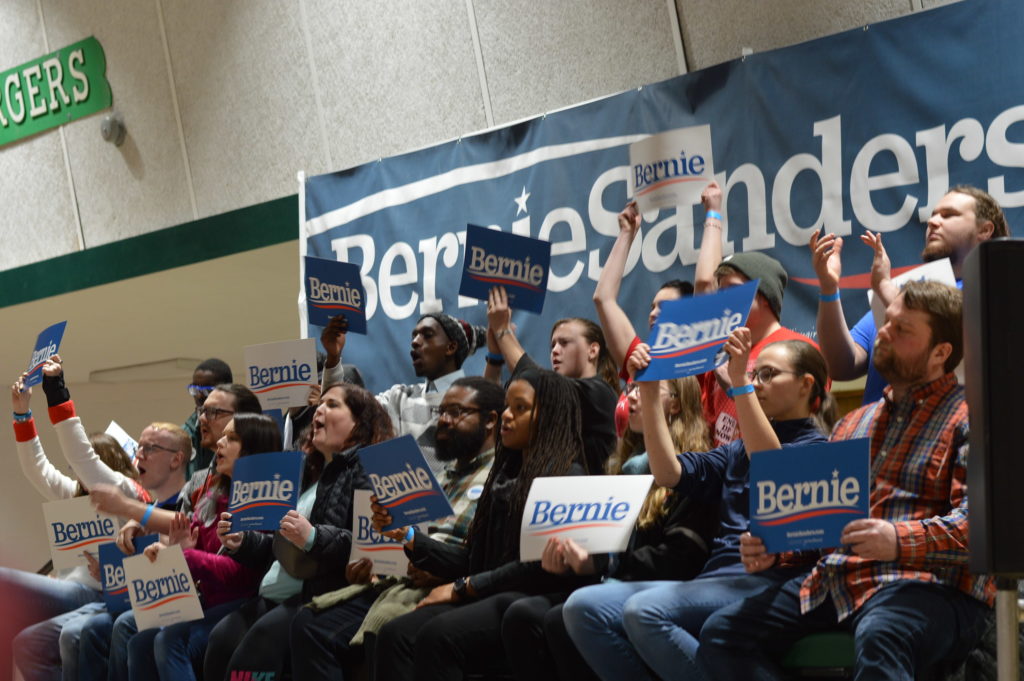 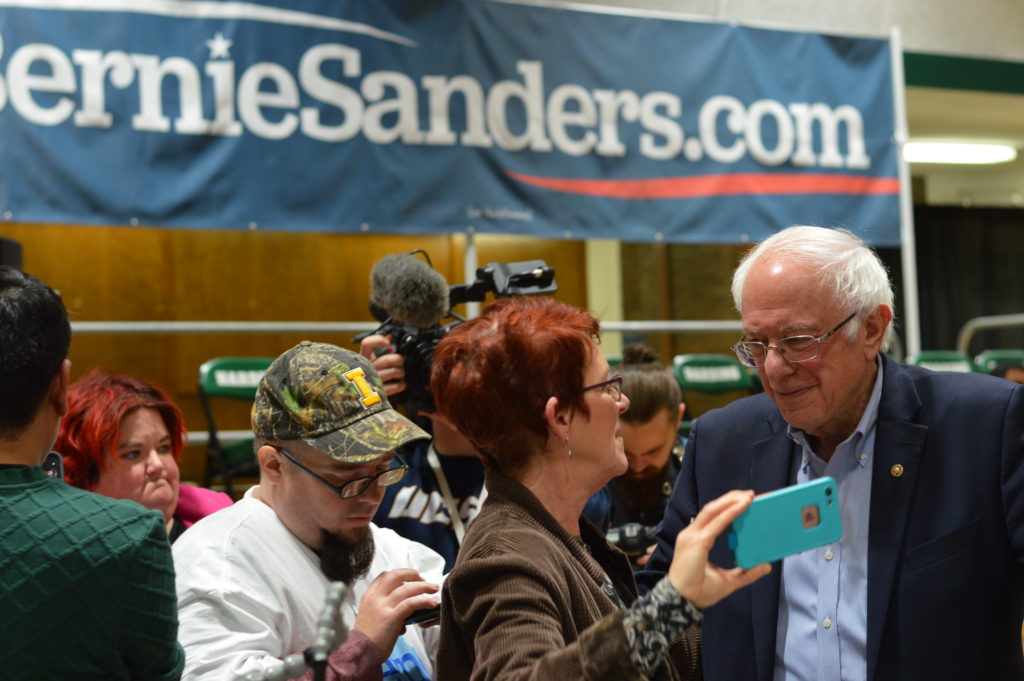 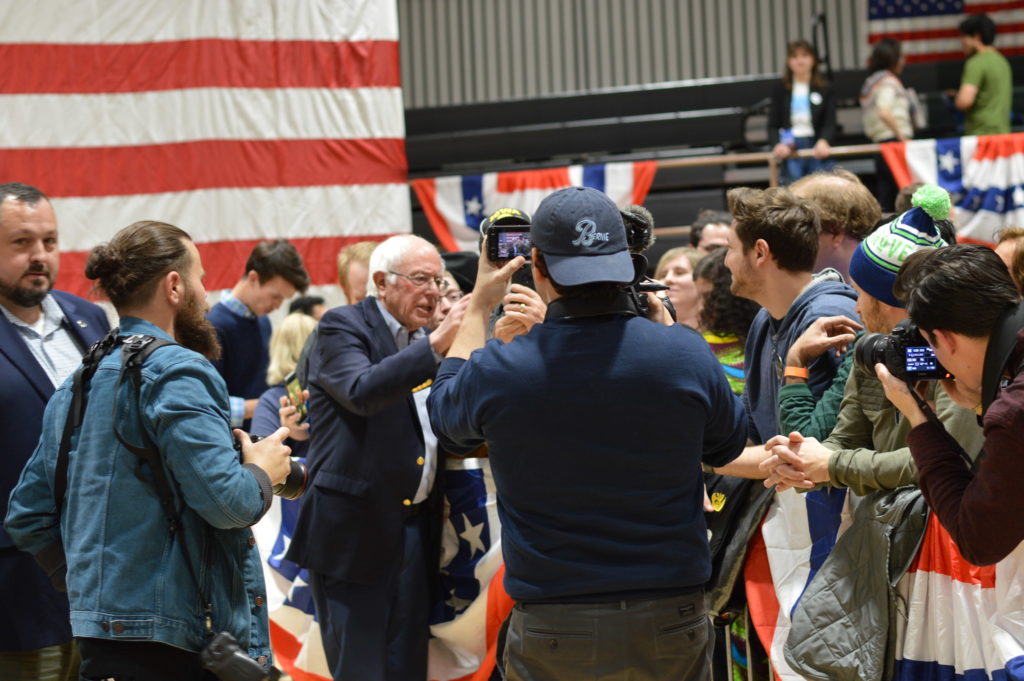 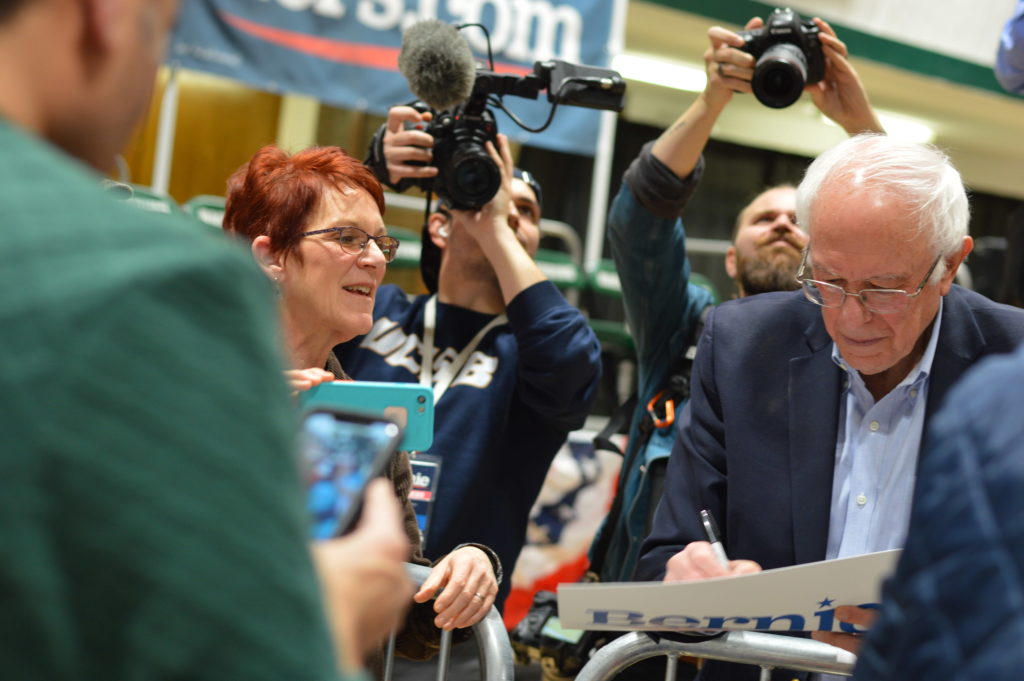 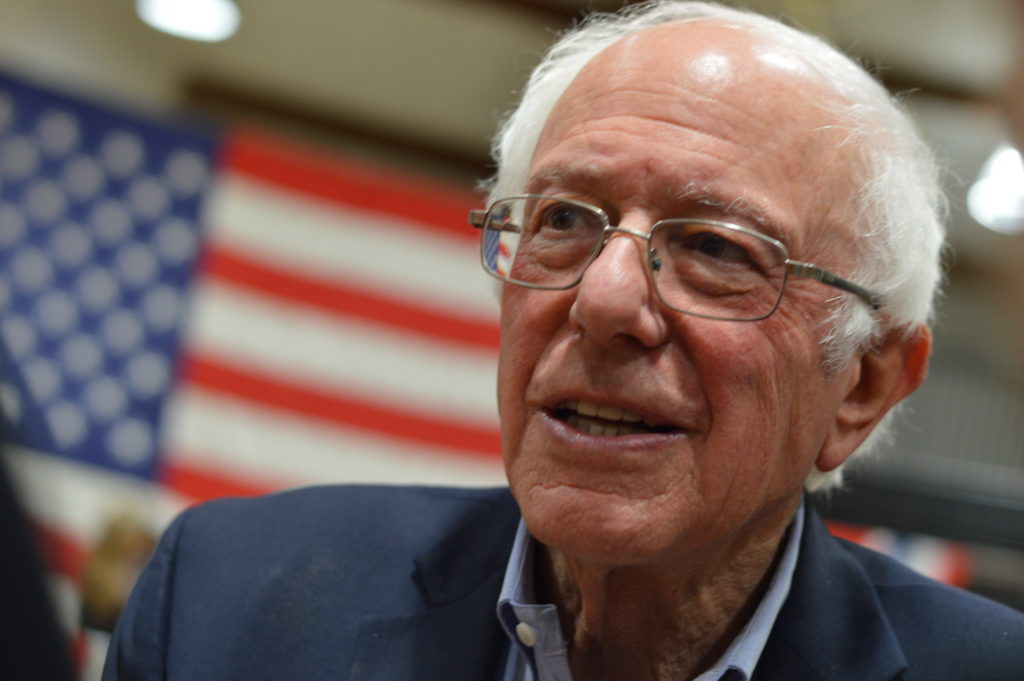