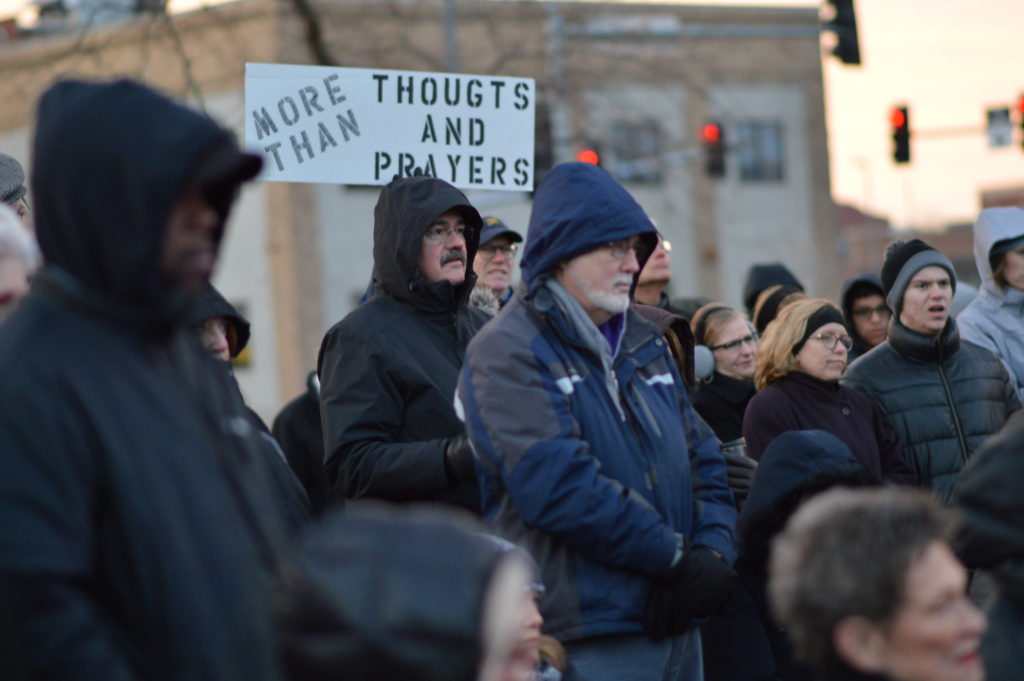 About 300 people braved raw winds that made it difficult to keep candles lit in memory of victims of mass shootings, including last week’s school shooting that killed 17 students and educators in Parkland, Fla.

Chanting “not one more,” the crowd reacted to a dozen speakers who advocated for legislative changes in gun laws that have increasingly become more open under Republican control. 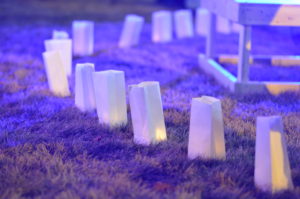 Seventeen luminarias were lit in honor of the 17 students and educators killed last week in a school shooting in Florida. (photo/Cindy Hadish)

Leslie Hess of Cedar Rapids recounted as she ran for her life last year during the mass shooting at the music festival in Las Vegas that killed 58 concert-goers and wounded hundreds of others.

She survived, but was traumatized by what she witnessed, including seeing others shot.

Democrat Liz Bennett, who represents Iowa House District 65, noted that Iowans should keep their eye on House Joint Resolution 2009, an amendment to Iowa’s Constitution regarding the “right to bear arms,” and call their representatives to oppose the bill.

The National Rifle Association notes that if passed in its original language, the legislation would be the strongest and most comprehensive pro-gun constitutional language of any state.

A demonstrator wears a “Moms Demand Action” button during the vigil. (photo/Cindy Hadish)

“After the most recent school shooting in Parkland Florida where 17 individuals lost their lives, concerned citizens believe it is time for more than thoughts and prayers to end the problem of gun violence in our country. Three of the deadliest mass shootings in the US have occurred within the last five months. There have been eight school shootings in the US since the start of the year…

We must reclaim the power of our vote from special interests who block measures to prevent gun violence. It is time to reclaim our communities, our schools, our workplaces from the threat of gun violence. We will recognize the victims of mass shootings and gun violence in our country and address ways to prevent future violence.”

See photos from last week’s march in Cedar Rapids in support of “Dreamers” and more from today’s vigil: 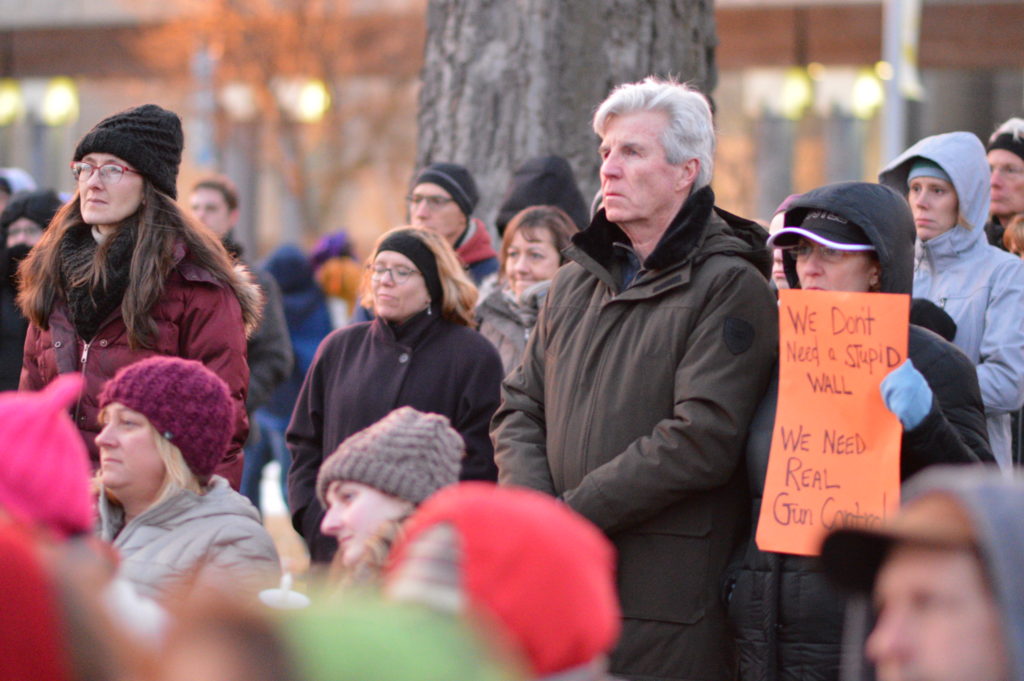 Advocates for common-sense gun laws listen to a speaker during a vigil at Greene Square Park in Cedar Rapids. (photo/Cindy Hadish) 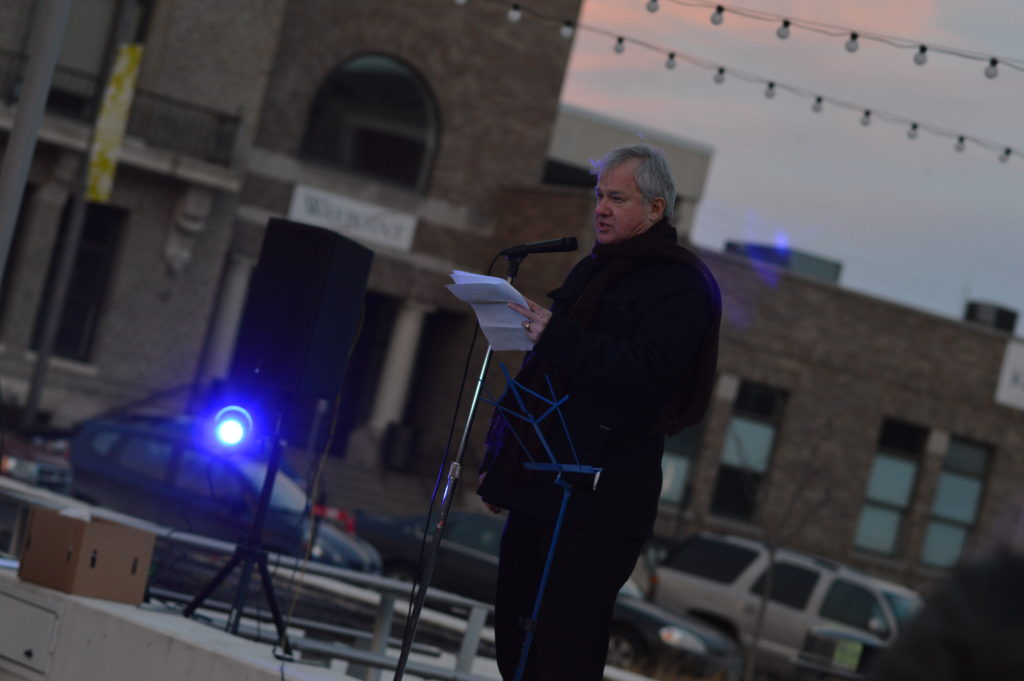 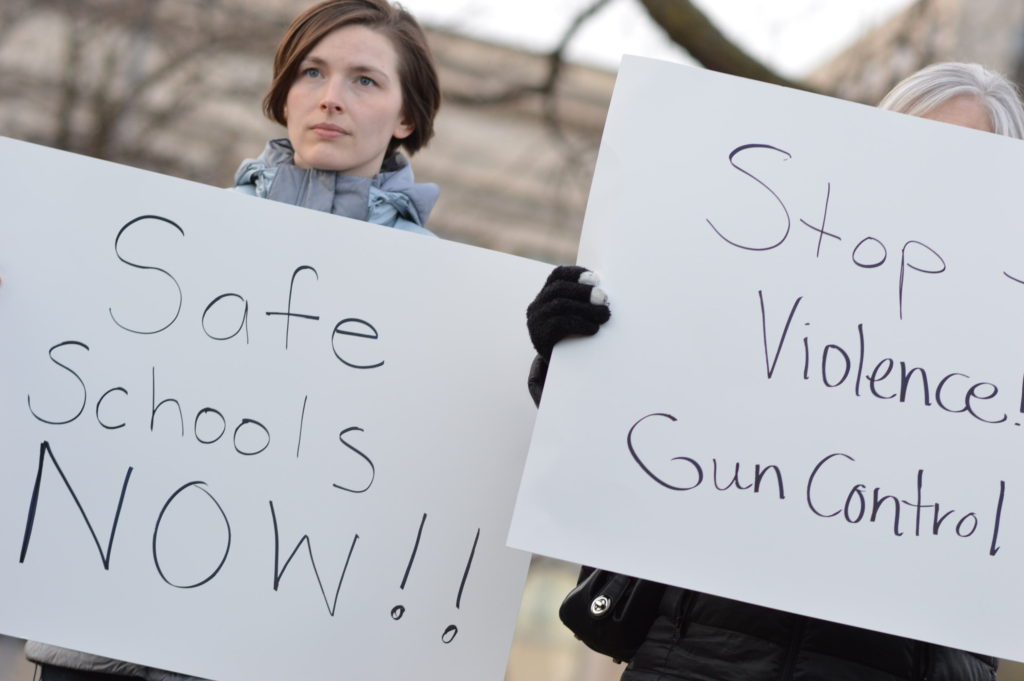 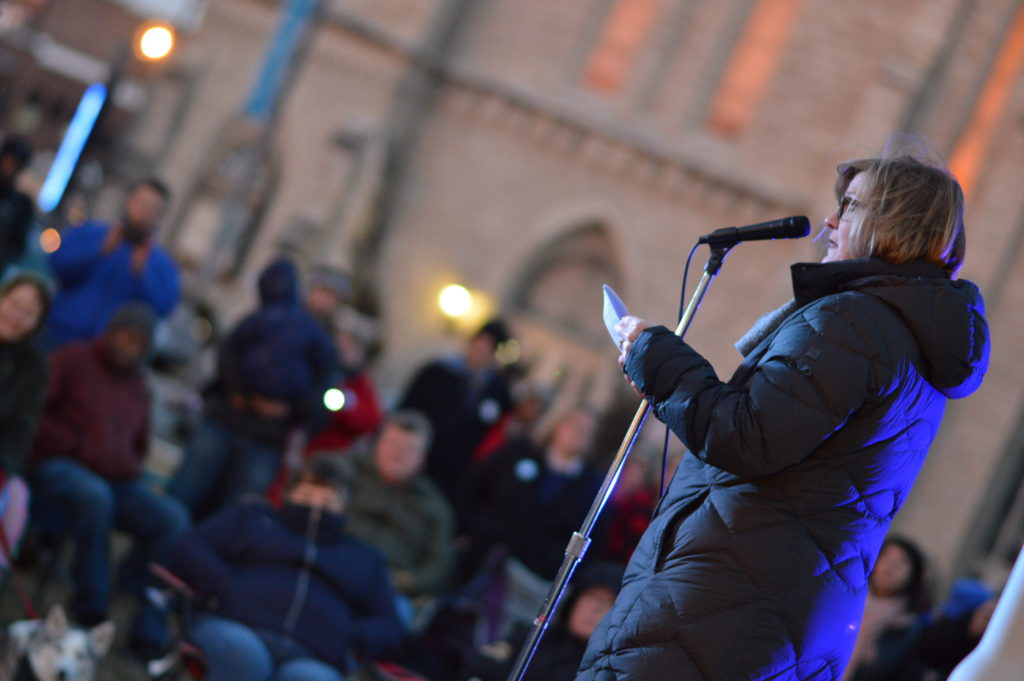 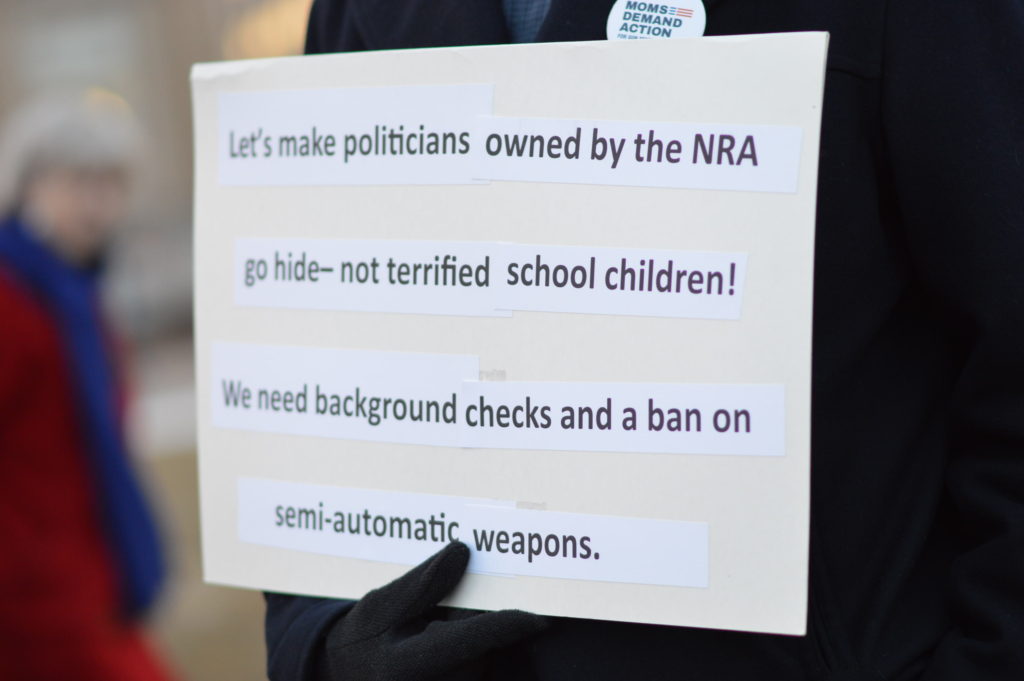 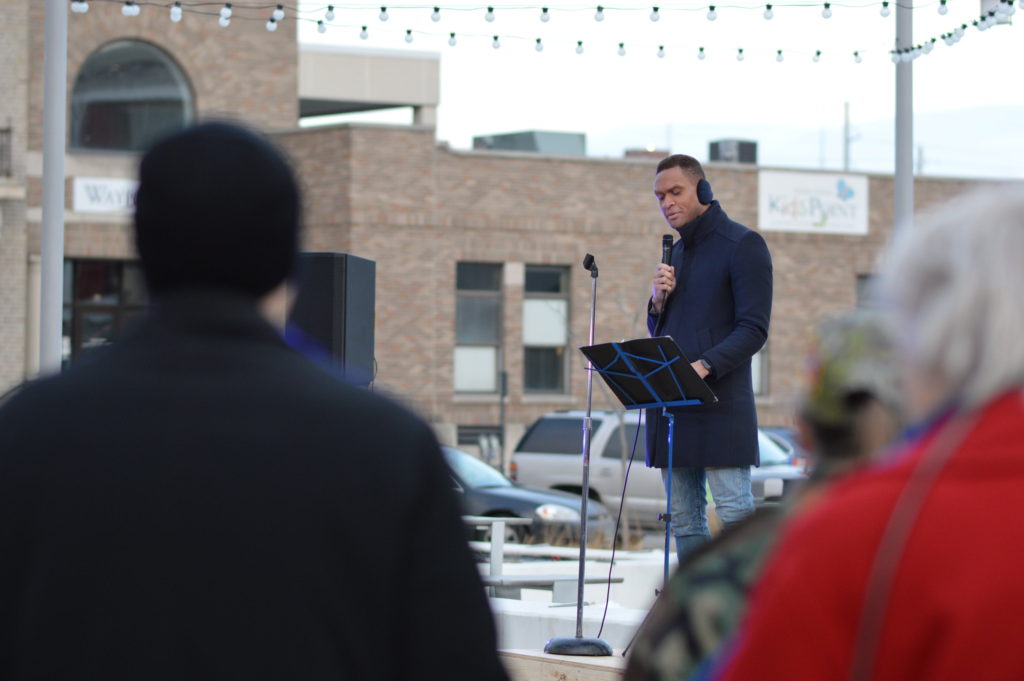 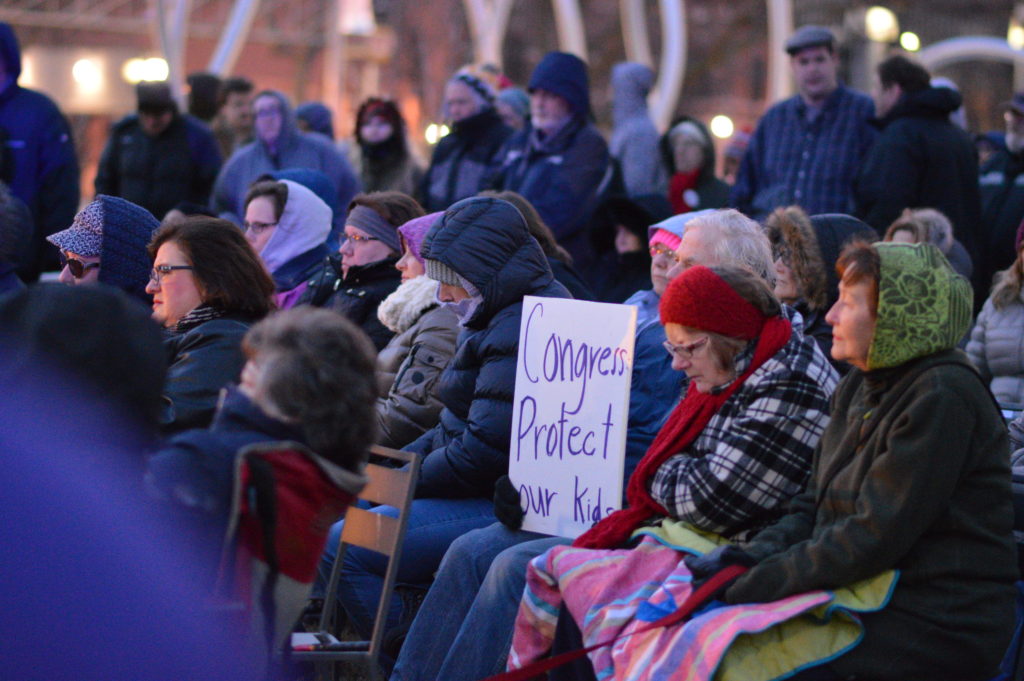 Demonstrators listen to a speaker during the vigil in Greene Square Park. (photo/Cindy Hadish) 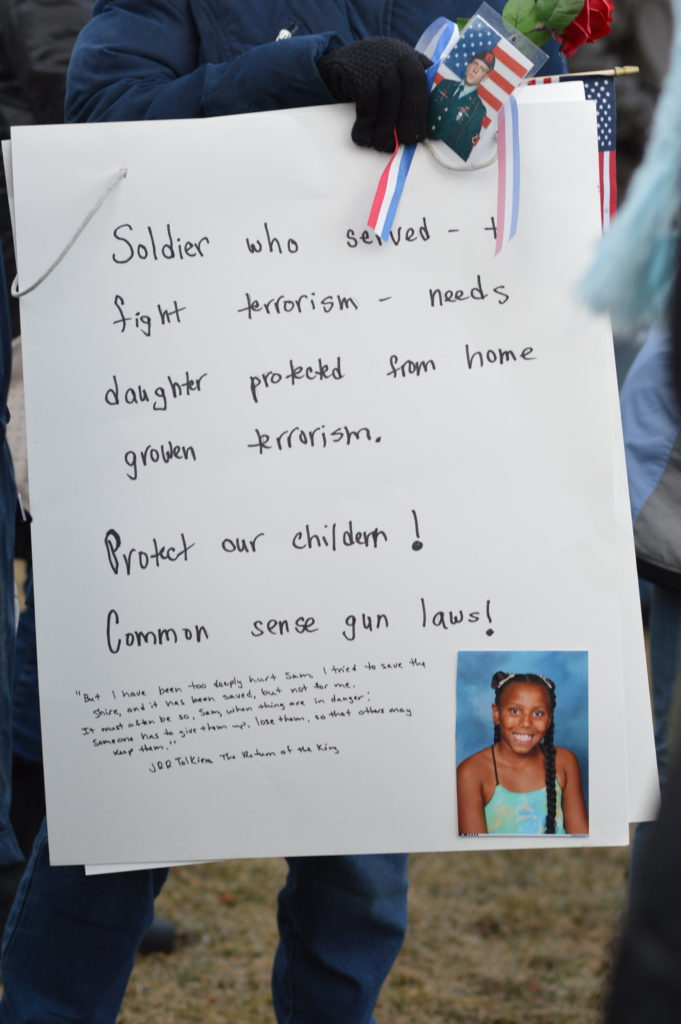 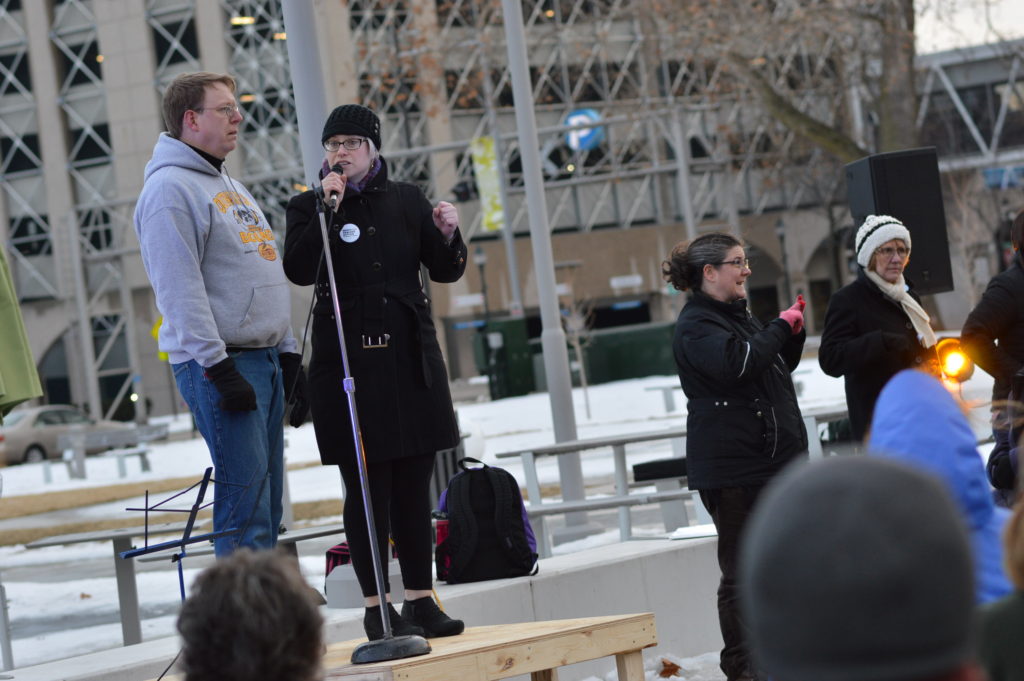 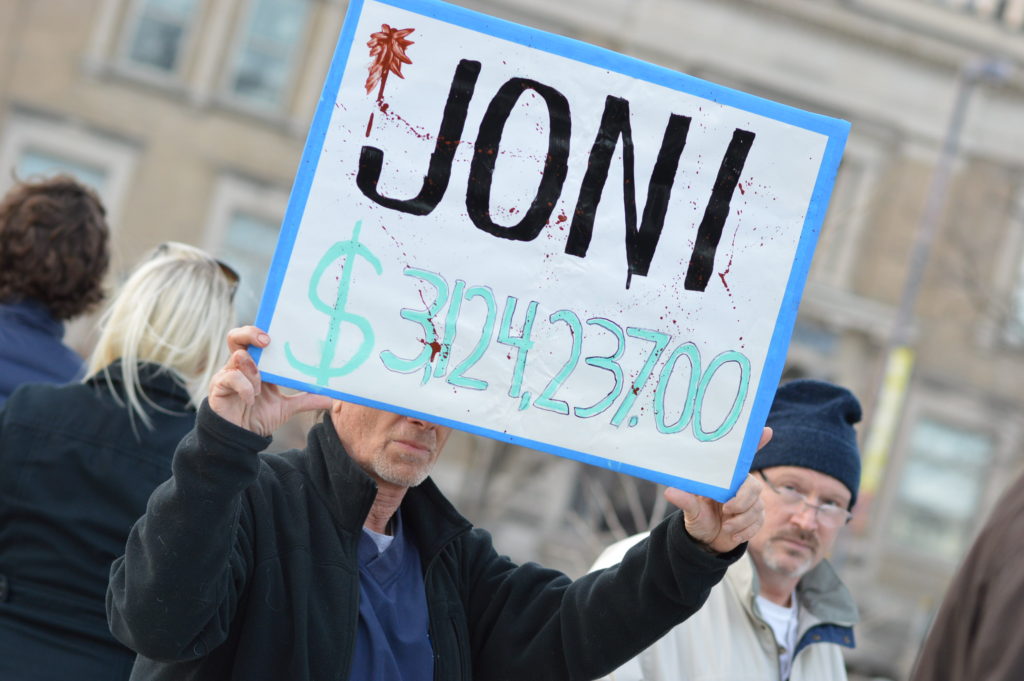 A sign notes how much U.S. Sen. Joni Ernst (R-IA) has taken in donations from the NRA. (photo/Cindy Hadish) 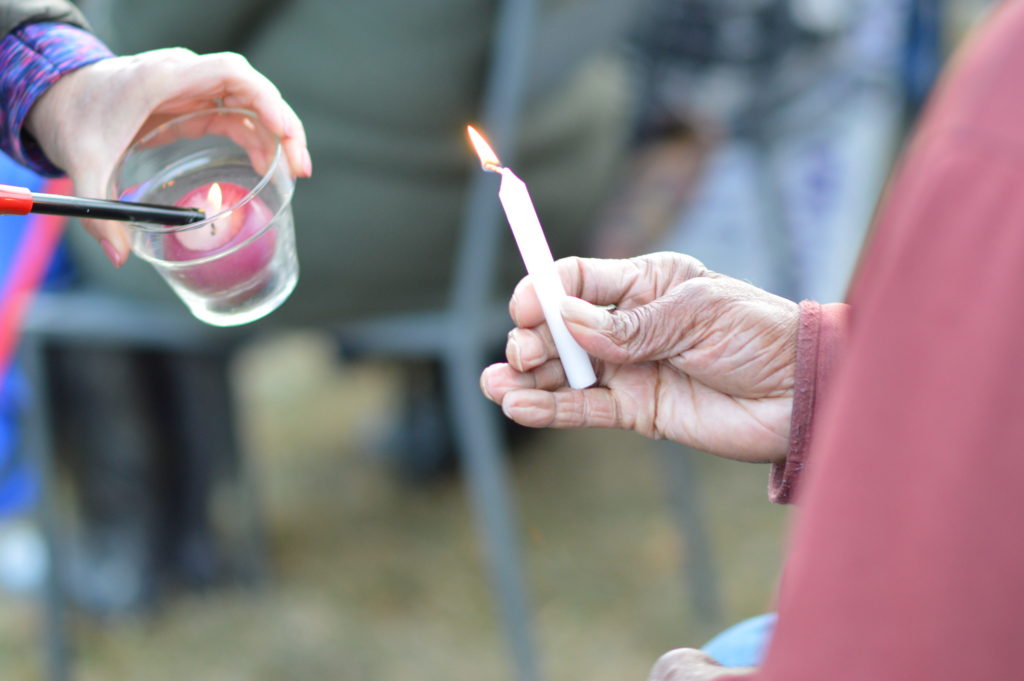 A candle is lit during the Vigil to End Gun Violence in Greene Square Park in Cedar Rapids. (photo/Cindy Hadish)