Saving survivors: How to care for trees that remain after Iowa’s derecho windstorm 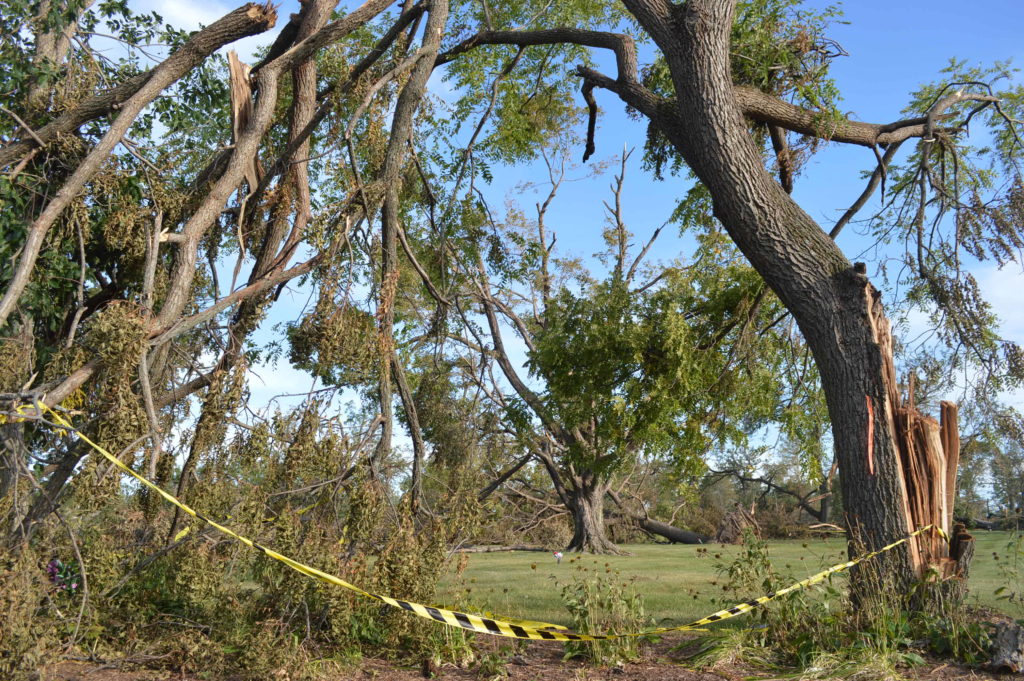 Trees at Cedar Memorial in Cedar Rapids, Iowa, were among numerous trees damaged in the Aug. 10, 2020, derecho windstorm in Iowa. (photo/Cindy Hadish)

In the course of one hour, Cedar Rapids lost half of its tree canopy in the Aug. 10, 2020, derecho, with an estimated 75 percent of street and park trees sustaining at least some form of damage from the hurricane-force straightline winds.

Similar scenarios played out in neighboring Marion and other communities across the state.

Drought conditions in many parts of Iowa and prolonged heat are exacerbating recovery for the trees that remain, after surviving winds that raged up to 140 mph.

“The young trees would be the most susceptible when conditions are dry,” she said. “However, it can help our mature older trees, too, to be watered.” 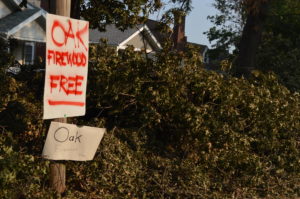 First, before watering or moving a hose around the yard, Reisinger advises homeowners to “look up.”

“Many hanging branches are still in the storm-impacted area and are extremely dangerous,” she notes. “Even what seems like a ‘small’ branch can be deadly.”

Reisinger also advised to make sure the yard is free of branches and other debris to avoid tripping hazards.

Homeowners should be cautious of power lines and exposed utilities while removing debris.

Reisinger said the area to water is at least as far from the base of the trees as the tree branches spread.

An overhead sprinkler can be set up to water a large area and moved to add to the area covered. Have a couple small containers within the area watered to measure the amount applied, with a target of 1 inch of  watering.

“Think of the area to water for a large tree as a large circle around the tree,” she said. “The diameter of the circle could be 15 to 30 feet or more, depending on the size of the tree. The absorbing roots are very shallow and may reach far beyond the dripline, too.”

Reisinger added that application of water can be tricky on a slope, due to runoff, but “some water is better than none in a drought.”

The Parks and Recreation Department estimates Cedar Rapids lost at least $60 million in tree structural value. Pre-storm, the structural value of the city’s trees were $112 million. Many trees destroyed in the derecho were large, with some dating back a century or more, and provided a higher percentage of benefits in water quality, energy savings, and stormwater retention than smaller trees. 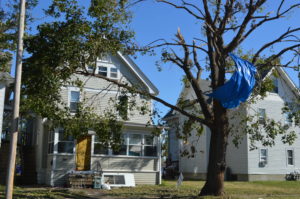 Debris remains in a tree in southeast Cedar Rapids after the Aug. 10, 2020, derecho. (photo/Cindy Hadish)

Some parks have more than 90 percent tree loss, with few large trees remaining.

Cedar Rapids staff will examine city trees for the type and extent of damage before considering removing them and note that even though a tree may have branches left, the structural integrity could be beyond repair.

Trees Forever notes that, in general, tree removal should be considered if more than 50 percent of a tree’s crown has been lost or more than one-third of the circumference of the trunk damaged, or if the tree leans more than 45 degrees.

The Marion-based nonprofit recommends pruning broken or damaged branches back to the trunk of the tree, cutting just outside the branch collar. Don’t leave stubs; don’t flush-cut and never “top” trees — blunt-cutting the main limbs of tree tops leaving stubs — as it will weaken the branches and cause future safety concerns.

Trees Forever is accepting donations to replant and restore trees lost in the August 10 derecho that ravaged parts of Iowa and Illinois, with a goal of $500,000 to replant trees in cities, small towns, communities and farms affected by the storm. Landscape quality trees will be planted in public areas and will be available for adoption with a small co-payment by homeowners and farmsteads.

See more from Trees Forever about caring for storm damaged trees and learn what suggestions they offer for native trees to plant in the Midwest. 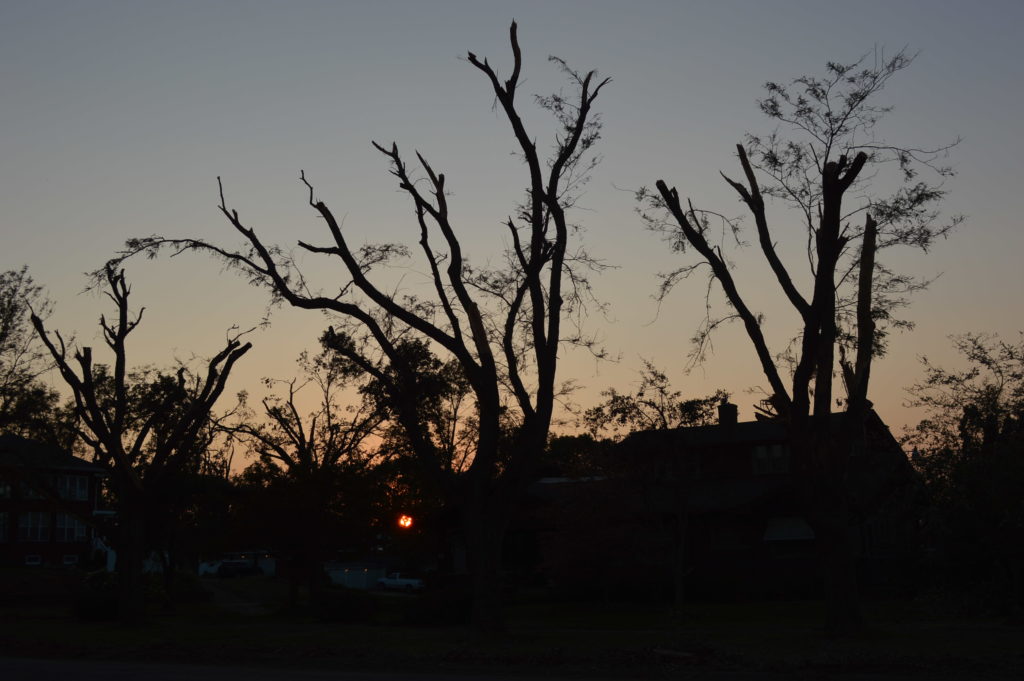 Storm-damaged trees are silhouetted in northeast Cedar Rapids. The city lost half of its tree canopy in the Aug. 10, 2020, derecho, characterized by straightline winds estimated at up to 140 mph. (photo/Cindy Hadish) 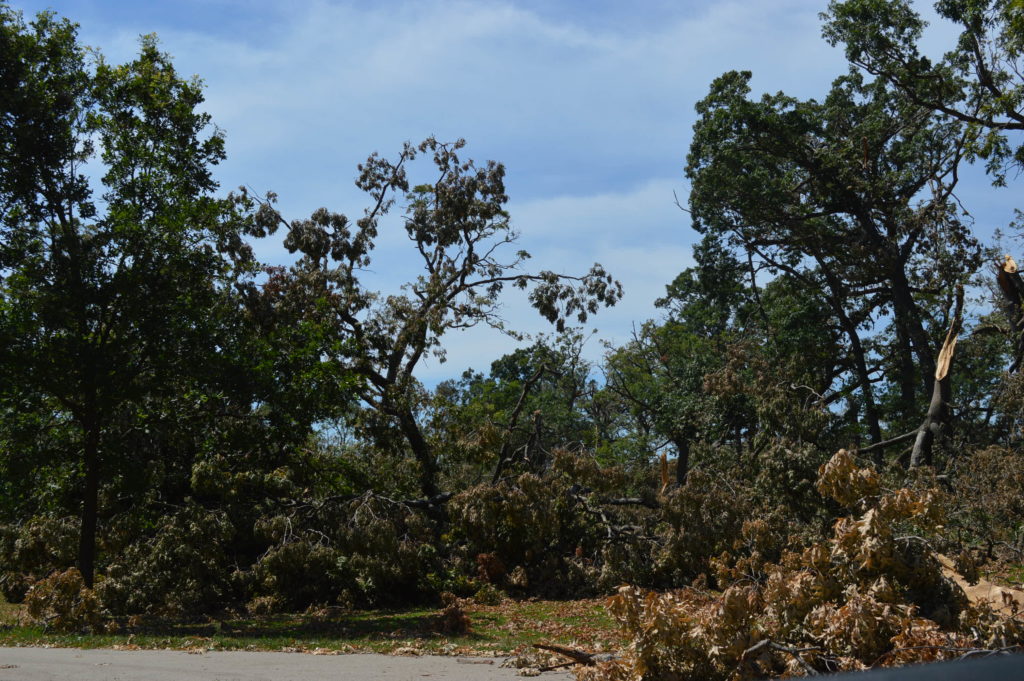 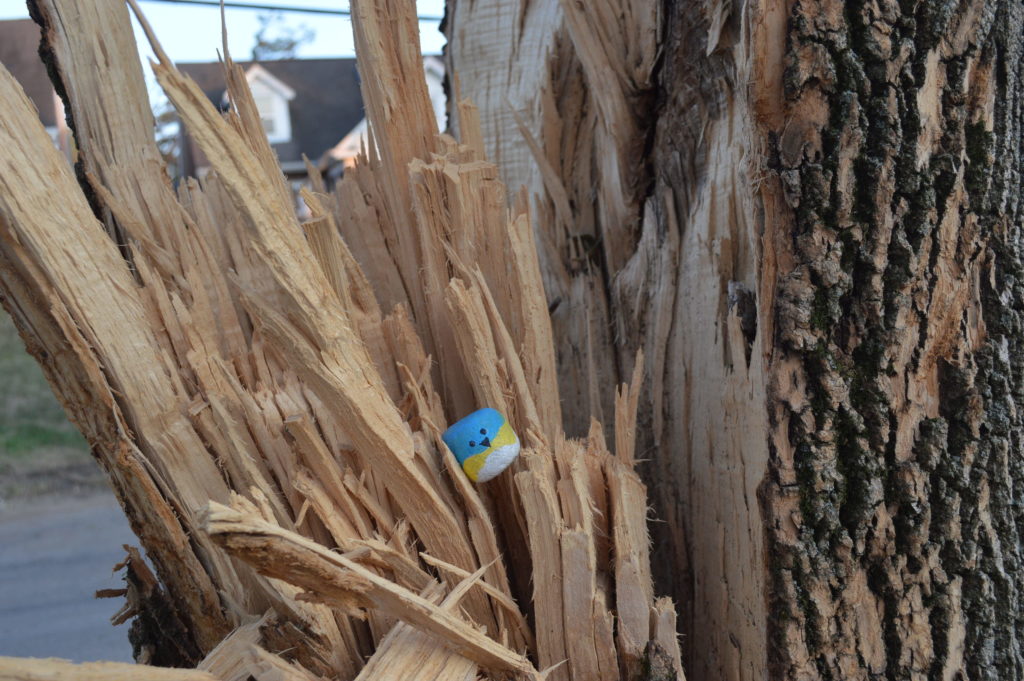 A painted rock was placed in a damaged tree in the Mound View Neighborhood in Cedar Rapids, Iowa. (photo/Cindy Hadish) 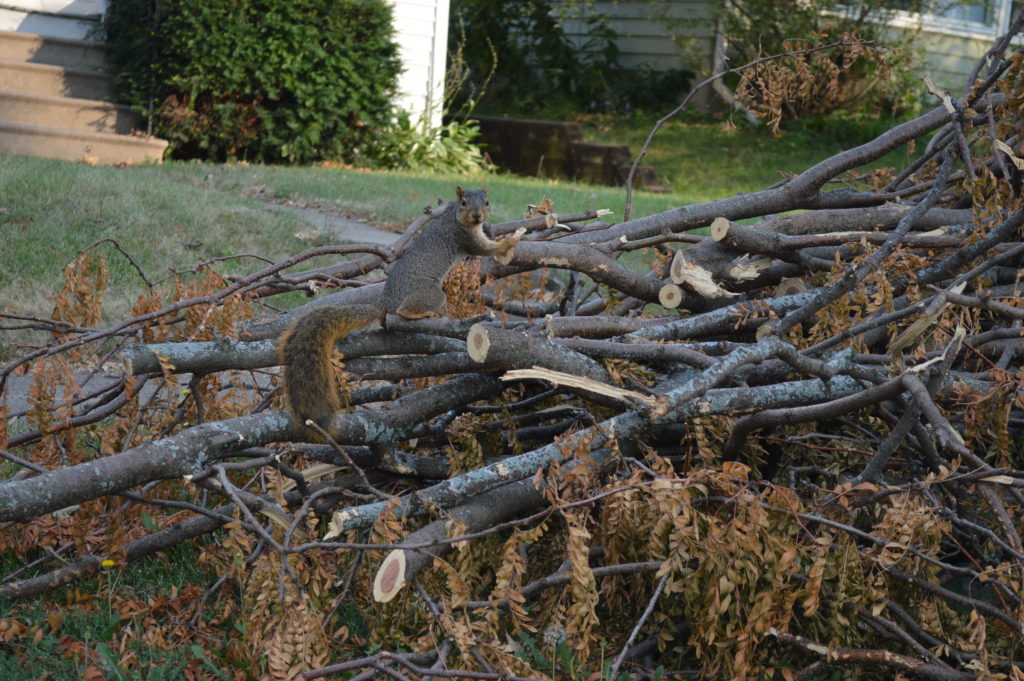