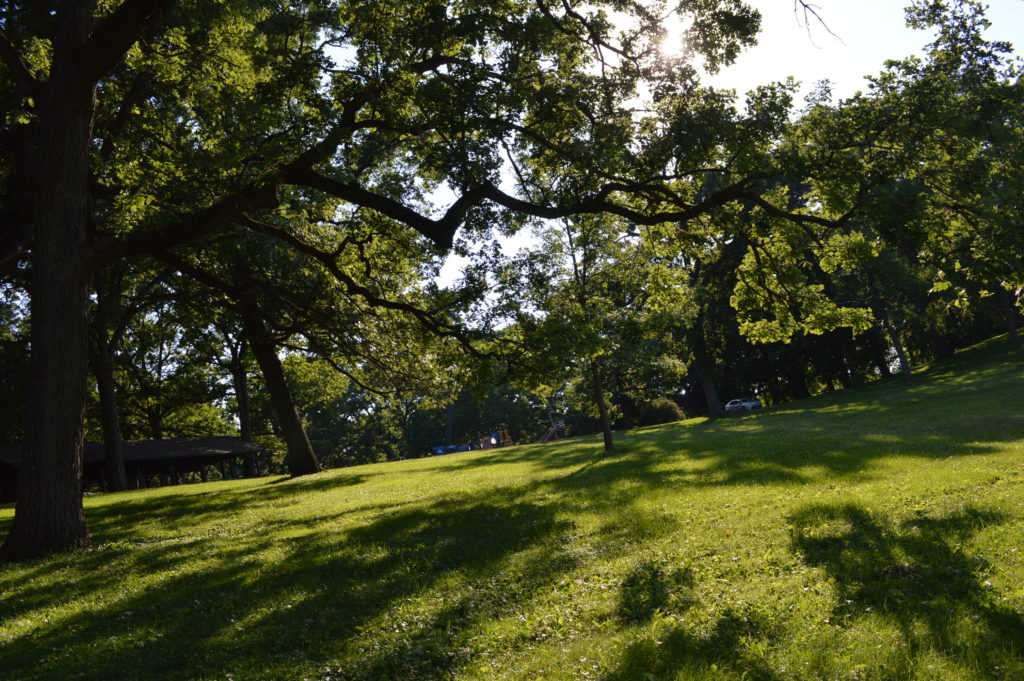 Stately oak trees, shown  in June 2016, are among the attractions at Daniels Park in Cedar Rapids, Iowa. (photo/Cindy Hadish)

CEDAR RAPIDS – More than a dozen trees will be removed in Daniels Park, as plans move ahead for the CEMAR Trail project.

The 24-acre park, bordered by Oakland Road, J Avenue, H Avenue and Maplewood Drive NE, is known for towering oaks and other trees that provide abundant shade for its pavilions, playground and more.

As it stands, the proposed plans do not call for any of the oaks to be removed. 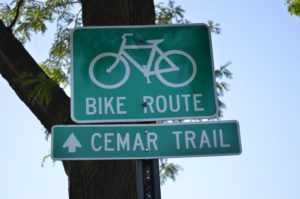 Documents provided by the city of Cedar Rapids show 14 trees currently marked for removal, along with at least 30 bushes.

The trees include five spruce; two cherry and one apple, buckthorn, white pine, maple and ash, as well as two unknown species, ranging in size from 8 inches to 28 inches in diameter.

Of those, the largest is the white pine, which is likely more than 60 years old.

The City Council approved plans for the trail extension earlier this month, with an estimated cost of $760,000. The trail will eventually connect downtown Cedar Rapids to downtown Marion.

Most of the tree removals will be along Maplewood Drive, with the 10-foot-wide trail running down Maplewood and along H Avenue NE.

Doug Wilson, Paving for Progress program manager for the city of Cedar Rapids, said the project is scheduled to begin in August, with the work expected to take about 50 days.

“The trail will meander to avoid those trees,” Wilson said of the mature oaks. “In every roadway project, we do what we can to avoid the trees.” 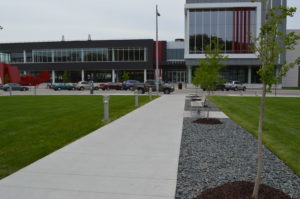 Numerous mature trees were removed during the renovation of Greene Square Park, shown in May 2016, shortly after the park reopened in downtown Cedar Rapids. (photo/Cindy Hadish)

That doesn’t happen with every city project.

Developers of the plan to renovate Greene Square Park in downtown Cedar Rapids said they didn’t want the design to result in the removal of trees, yet the majority of trees in the center of the park ultimately were removed.

“The layout of this trail was nearly completely designed around getting the trail through the stately oaks and other species with as little impact as possible,” Gibbins said. “Every tree proximate to the trail was looked at for species, condition, size and structure.” 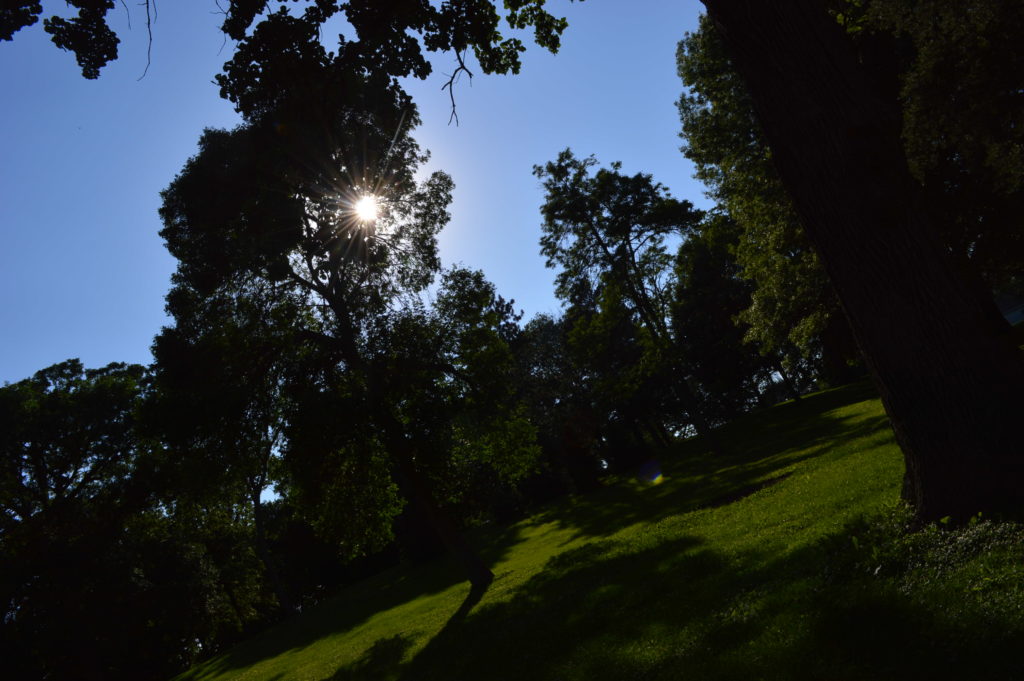 Sunlight peeks through branches of a tree in Daniels Park in Cedar Rapids, Iowa. (photo/Cindy Hadish) 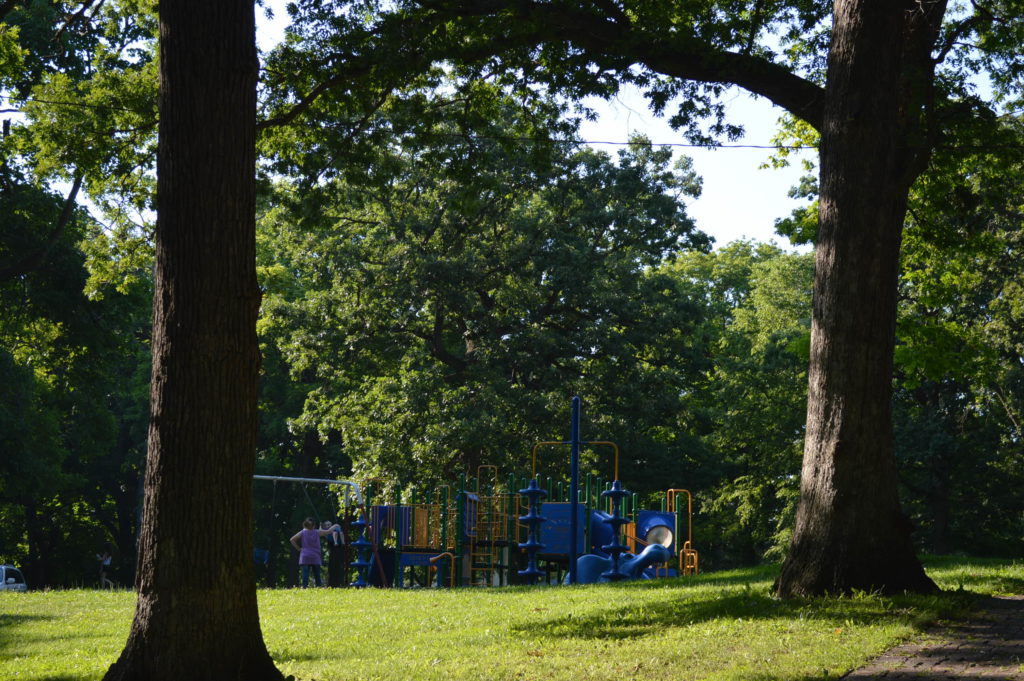 Mature trees shade the playground in Daniels Park on a hot day in June 2016 in northeast Cedar Rapids. (photo/Cindy Hadish) 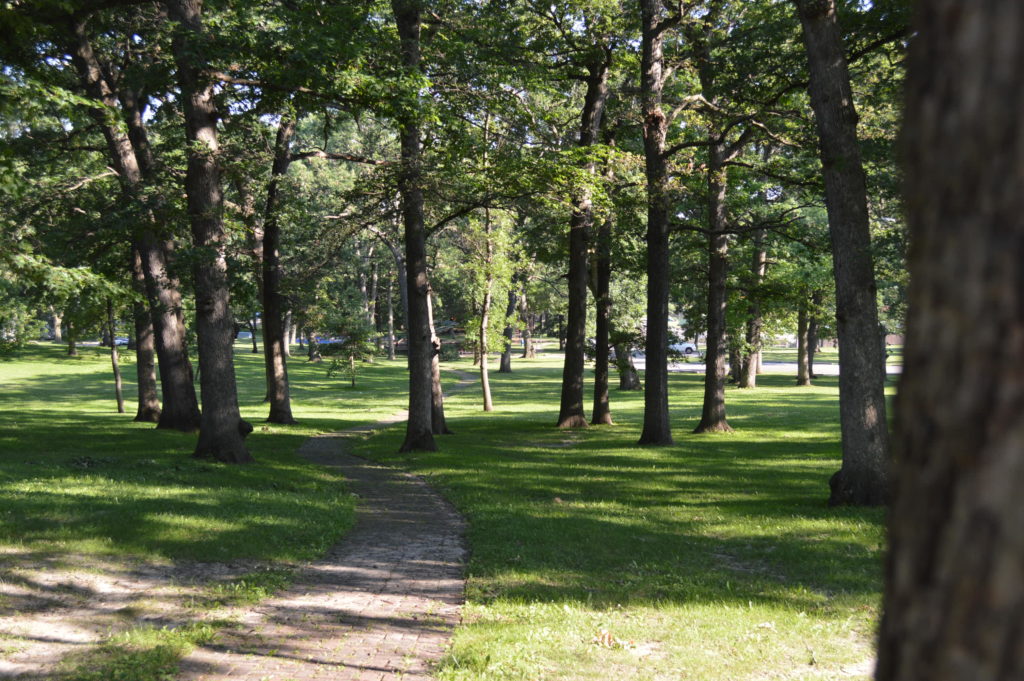 A stone pathway meanders through Daniels Park in Cedar Rapids. Plans call for building a 10-foot-wide trail in the park. (photo/Cindy Hadish) 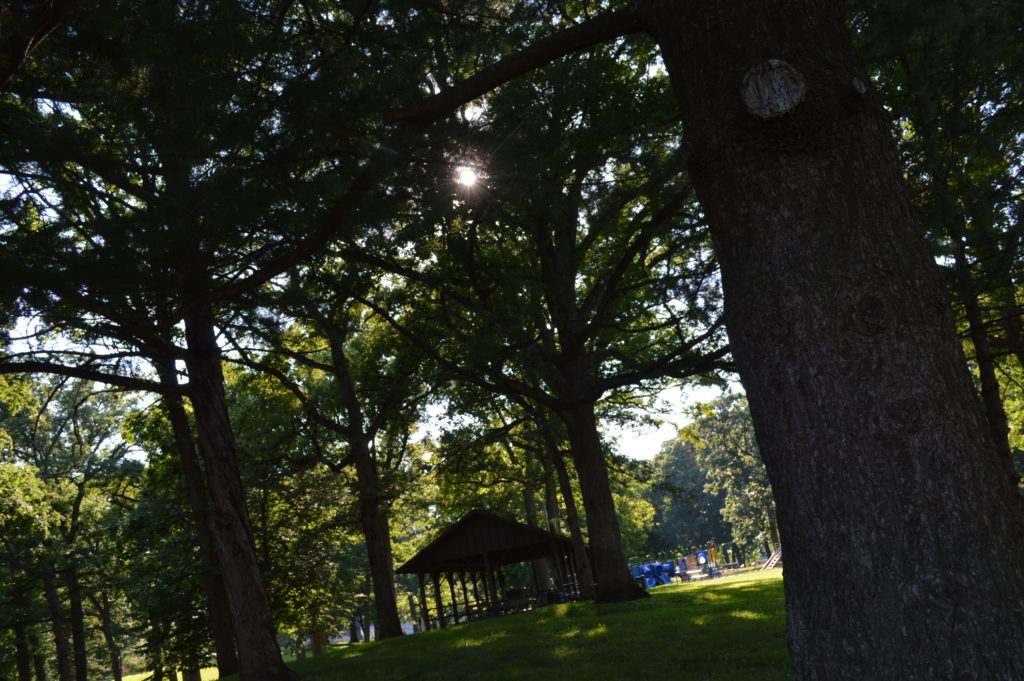