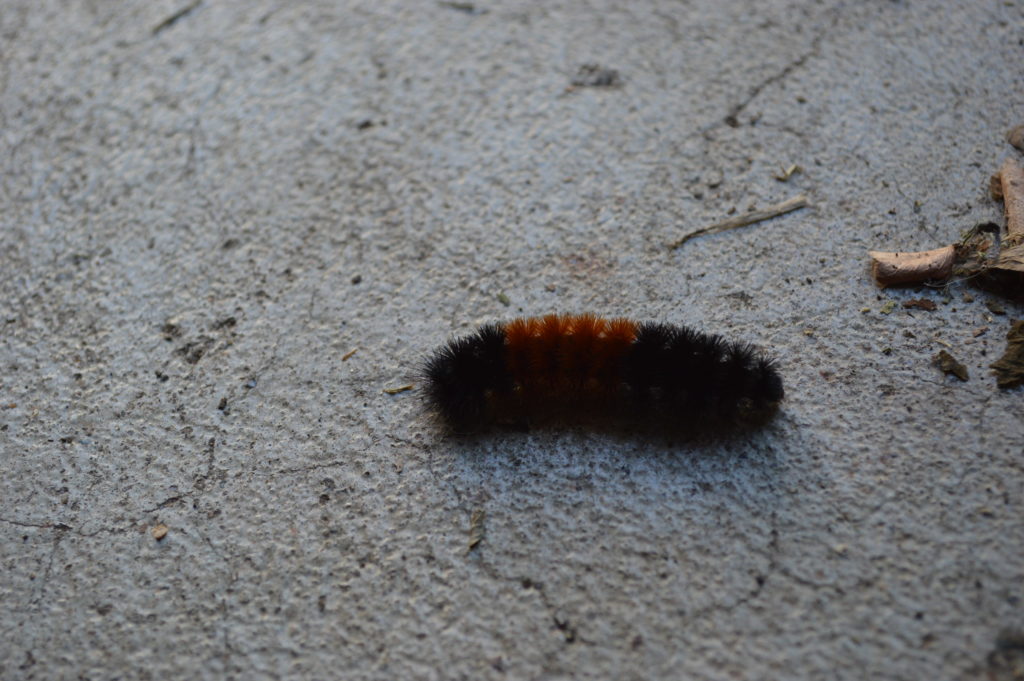 Folklore points to the woolly bear caterpillar in predicting the severity of winter. (photo/Cindy Hadish)

In case you haven’t heard, colder weather is forecast for Iowa this weekend.

Not only could much of the state experience the first frost of fall, but a freeze is predicted that could kill all sensitive vegetation from Friday night, Oct. 11, into Saturday morning, Oct. 12.

Bring indoors any houseplants that have been outside during Iowa’s warmer months. You can try to cover tomatoes, peppers and other tender plants, but with temperatures dropping into the low 20s, and even wind chills forecast, it might not be enough.

The best bet would be to pick any of those fruits and vegetables that won’t survive. Even green tomatoes will ripen on your kitchen counter if picked and brought indoors before the frost.

Whether or not this weekend’s weather is a good predictor of the coming winter is up to interpretation, as is another often cited prognosticator: the woolly bear caterpillar. 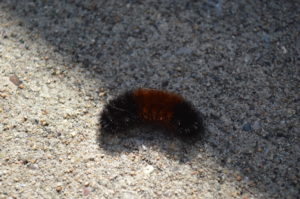 According to the National Weather Service, folklore points to the amount of black on the woolly bear in autumn as varying proportionately with the severity of the coming winter in the locality where the caterpillar is found.

The longer the woolly bear’s black bands, the longer, colder, snowier, and more severe the winter will be, according to those legends. Similarly, the wider the middle brown band is associated with a milder upcoming winter. The position of the longest dark bands supposedly indicates which part of winter will be coldest or hardest.

The Weather Service notes, as with most folklore, there are the other versions to this story. The first one says that the woolly bear caterpillar’s coat will indicate the upcoming winter’s severity. So, if its coat is very woolly, it will be a cold winter. The final version deals with the woolly bear caterpillar’s direction of travel of the worms. It is said that woolly bear’s crawling in a southerly direction are trying to escape the cold winter conditions of the north. On the other hand, woolly bears crawling on a northward path would indicate a mild winter.