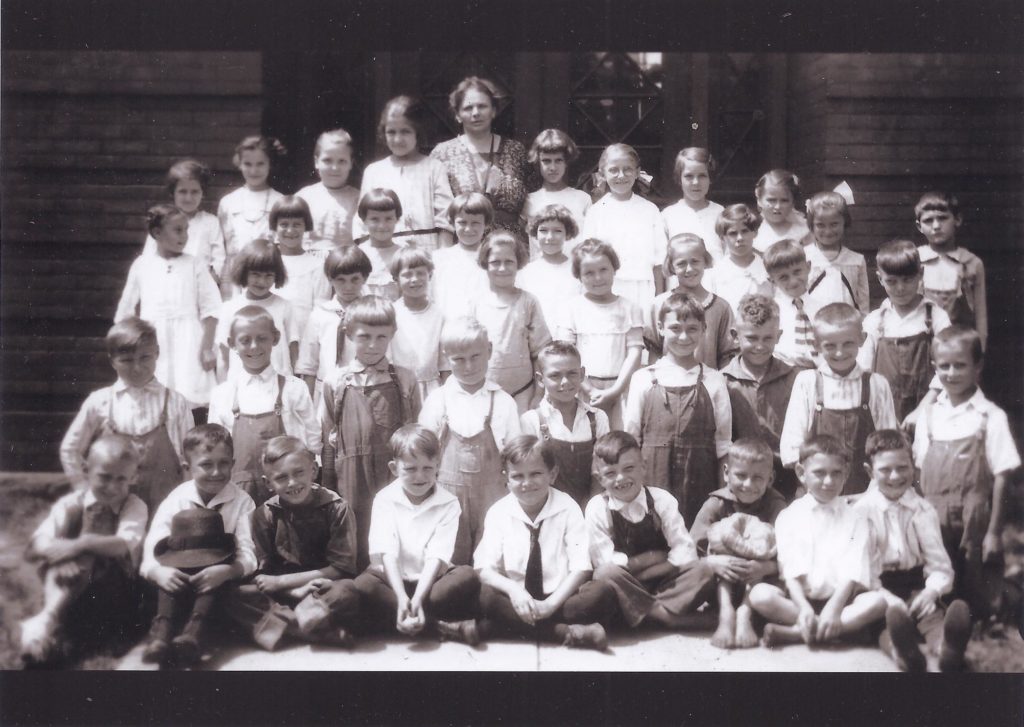 Czech School’s history in Cedar Rapids, Iowa, can be traced to a written program observing Jan Hus Day on July 6, 1870, which referenced Czech School teacher John B. Šuster, a date often cited as the start of the school.

California’s Gold Rush of 1848, the failure of potato crops in their homeland, political changes in the Austrian Empire and the lure of cheap land in the United States are among factors historians cite that drew Bohemian immigrants to the United States in the middle of the nineteenth century.

After arriving in what would become Cedar Rapids in the 1850s, Czech immigrants started  the Čtenářský Spolek, or Reading Society, which originally sponsored Czech language classes, held at the group’s hall at Commercial Street and Green Avenue – what is now First Street and Fifth Avenue SE – or in Thalee Hall, where Sokol gymnastics classes were held. 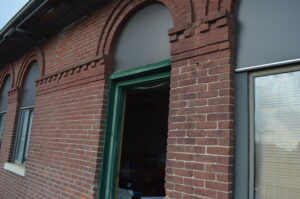 When Czech School – also referred to as “Bohemian School” – first began, its main purpose was to keep the Czech language and culture alive, and rather than substitute for public school, was designed as an added educational experience for children.

Learning the Czech alphabet, words and greetings, reading and writing in Czech, reciting poetry, staging plays, and singing traditional Czech songs have been among the educational experiences of the students, along with gaining an appreciation for Czech culture, traditions and history.

Czech School also has been intertwined with the neighborhoods, work and social activities of those immigrant families.

For 150 years, those connections have helped Czech School to survive, enduring floods that affected Czech neighborhoods and enrollments that rose and fell – peaking at 200-some students in the early 1900s and declining to 20 or so at other times. 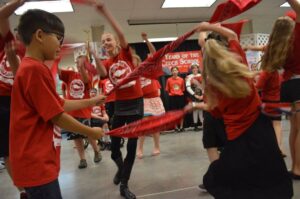 Now, 150 years later, students ages 6 to 14 still attend Czech School during summer sessions, while adults also have an opportunity to learn the language at weekly classes that coincide with the classes for younger students.

A book documenting that history, “Cultural Connections: 150 years of Czech School in Cedar Rapids, Iowa” has recently been published and will be available locally at Czech School events, including the Czech School Chili Supper on March 9, 2019. 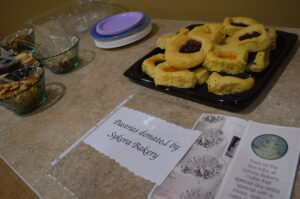 A Czech gathering wouldn’t be the same without kolaches; these were from Sykora Bakery in Cedar Rapids, Iowa.

Using more than 50 interviews with past students, teachers, Czech School Board members and other supporters, the book highlights some of the many people who contributed to Czech School’s legacy and features over 100 historical and modern photos of Czech School, with design by David Miessler-Kubanik of DMK Creative.

The National Czech & Slovak Museum & Library in Cedar Rapids hosted a gathering Sunday, Nov. 25, for former students and others to share their memories and reminisce. More than 30 people attended the event as a kickoff to the coming milestone year.

Czech School will celebrate its past 150 years throughout 2019. 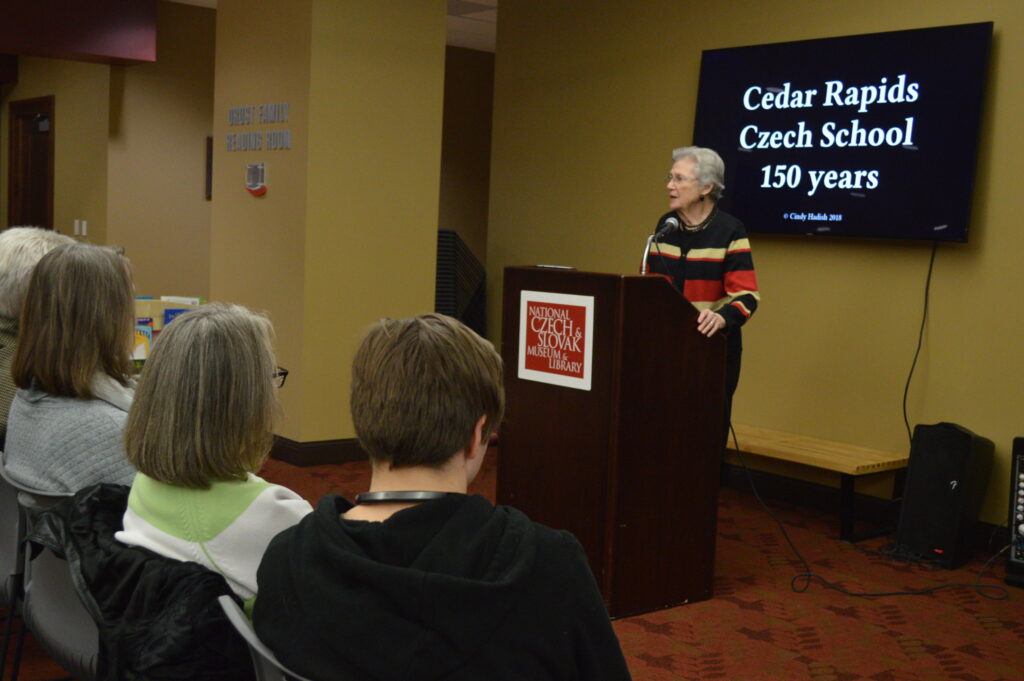 Irene Hamous of Cedar Rapids, Iowa, speaks during the gathering Nov. 25, 2018, at the National Czech & Slovak Museum & Library, where former students, teachers and other Czech School supporters had a chance to share stories and reminisce. (photo/Cindy Hadish) 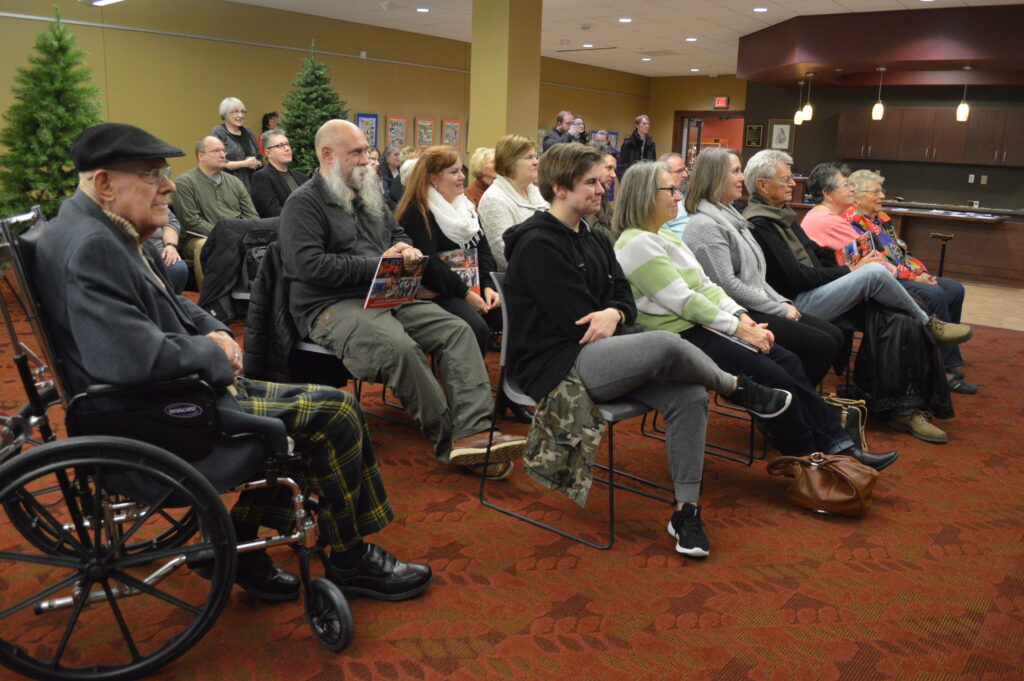