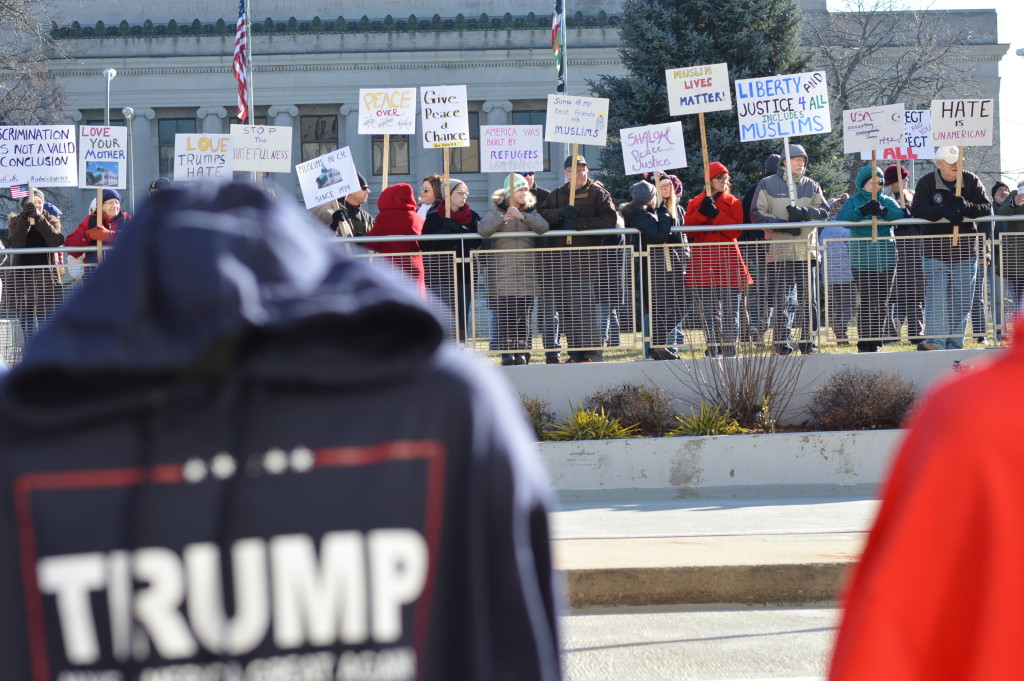 A crowd gathers across from Veterans Memorial Coliseum in Cedar Rapids, Iowa, on Dec. 19, 2015, to promote a message of tolerance outside of the Donald Trump rally. (photo/Cindy Hadish) 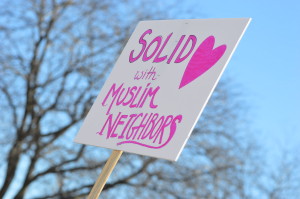 If Trump noticed the gathering of more than 100 people, held on May’s Island outside of the rally in Veteran’s Memorial Coliseum, he didn’t mention it during more than an hour of a rambling speech. And he didn’t mention any of his controversial proposals regarding Muslims in America.

Trump, the Republican frontrunner for the presidential nomination, was greeted by about 1,200 people inside the venue, where security was tight with Secret Service and TSA agents and Cedar Rapids police.

Outside, in the rally organized by the Inter-Religious Council of Linn County, the crowd braved temperatures that dipped below freezing. 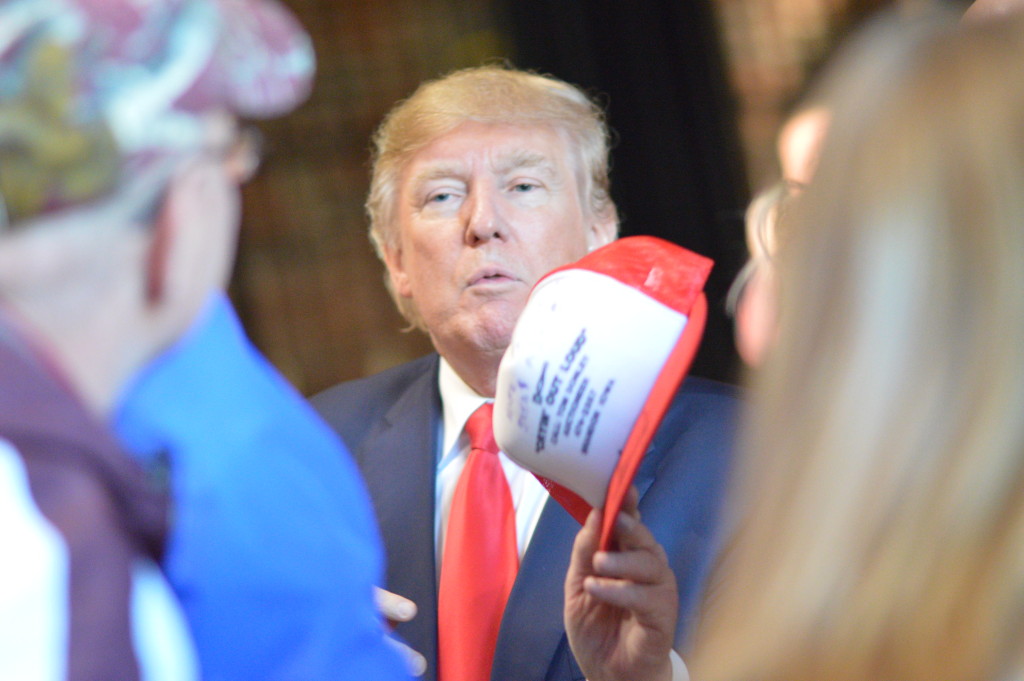 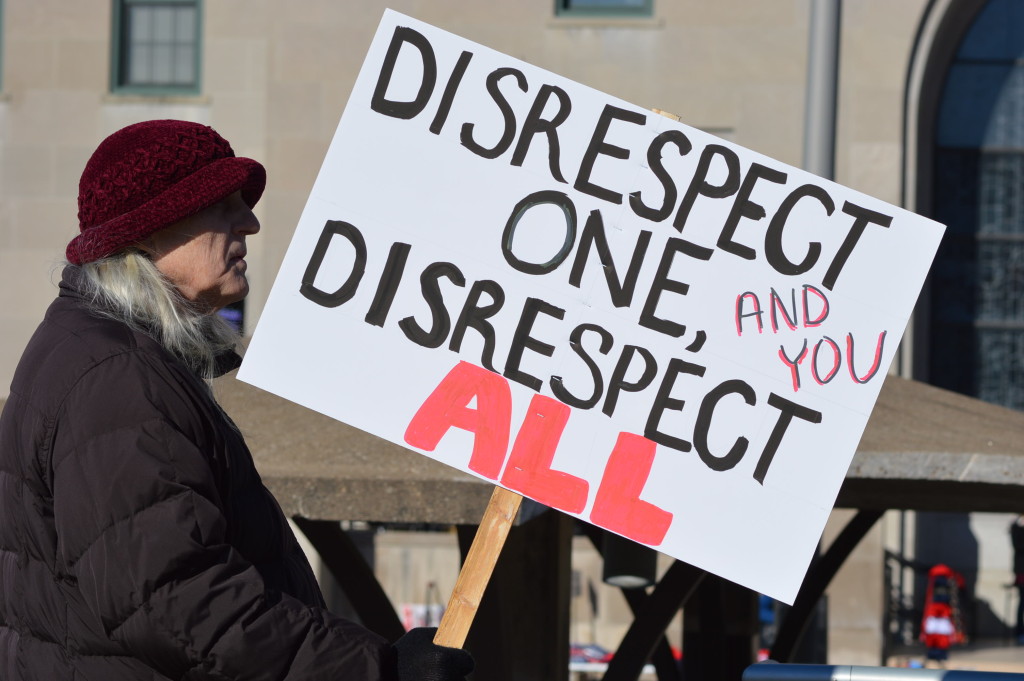 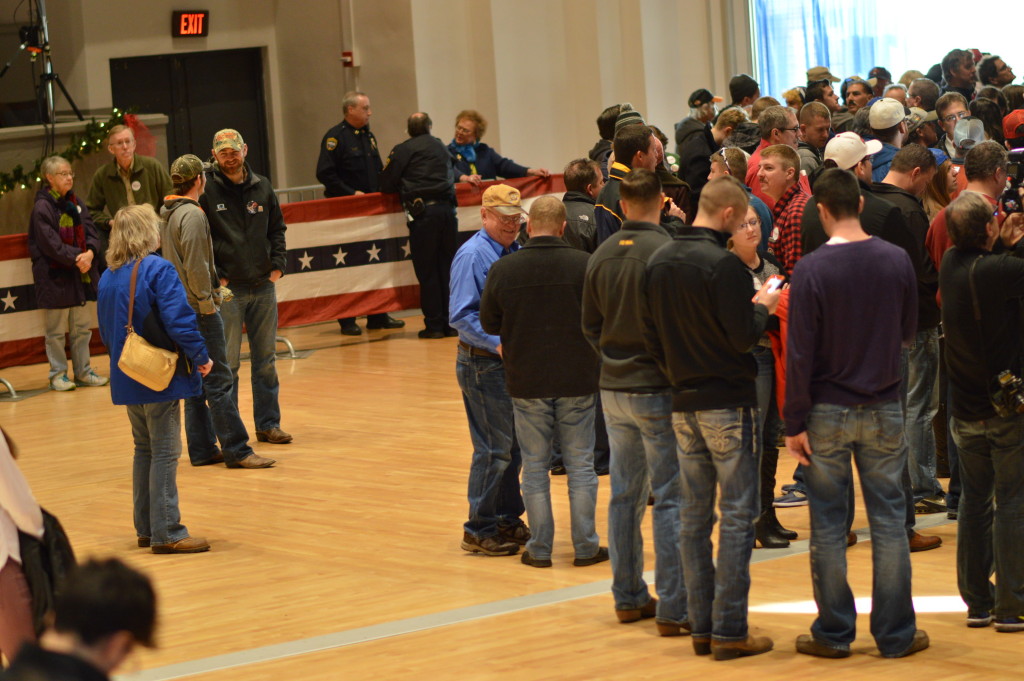 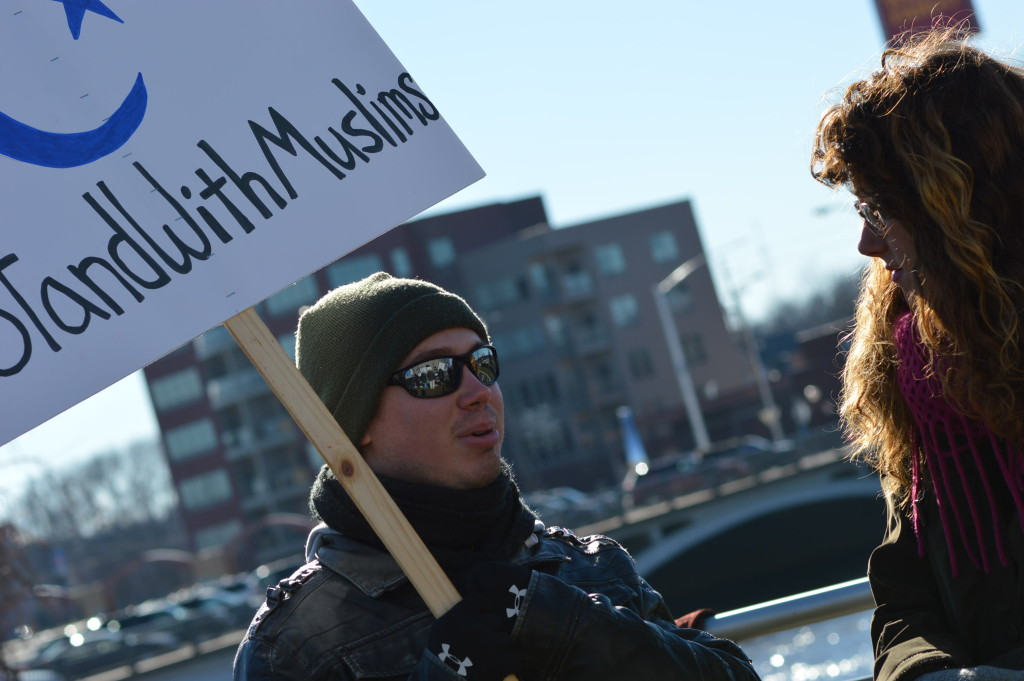 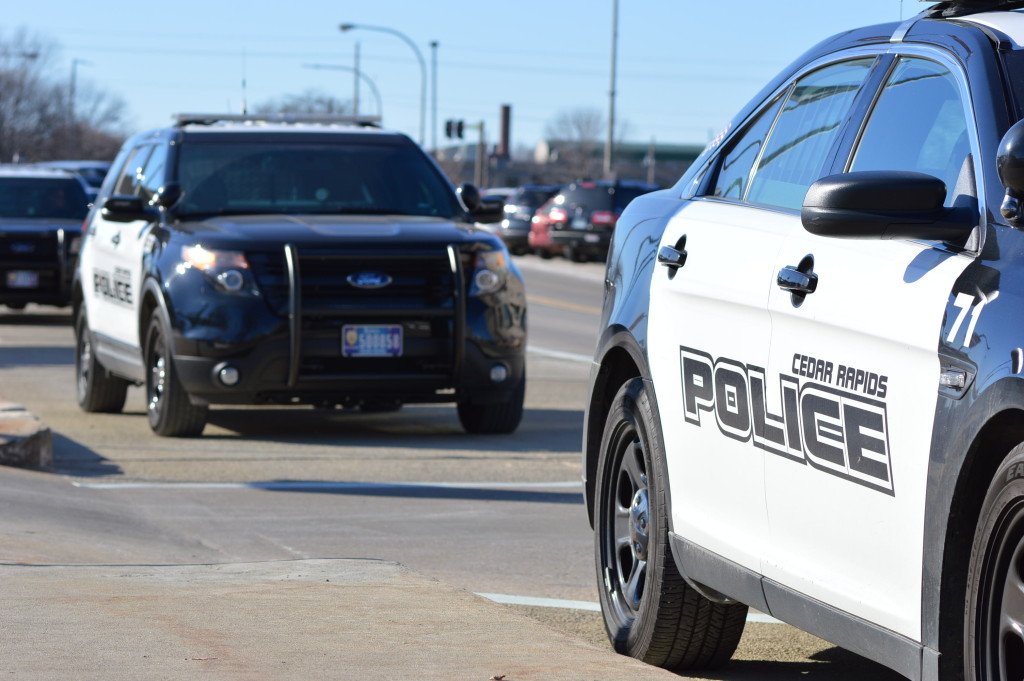 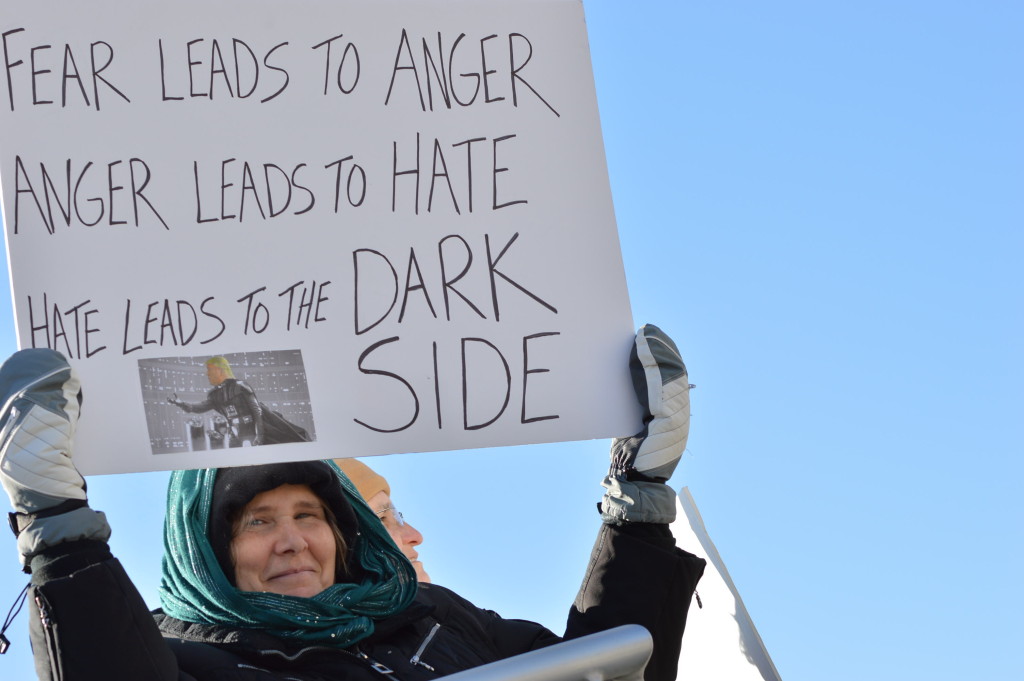 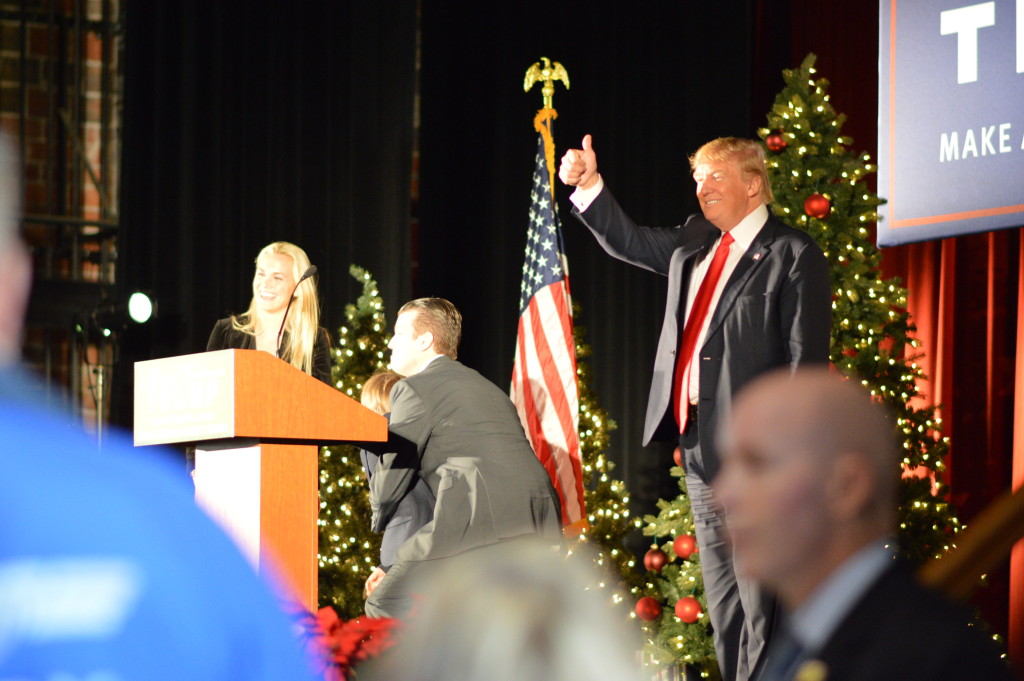 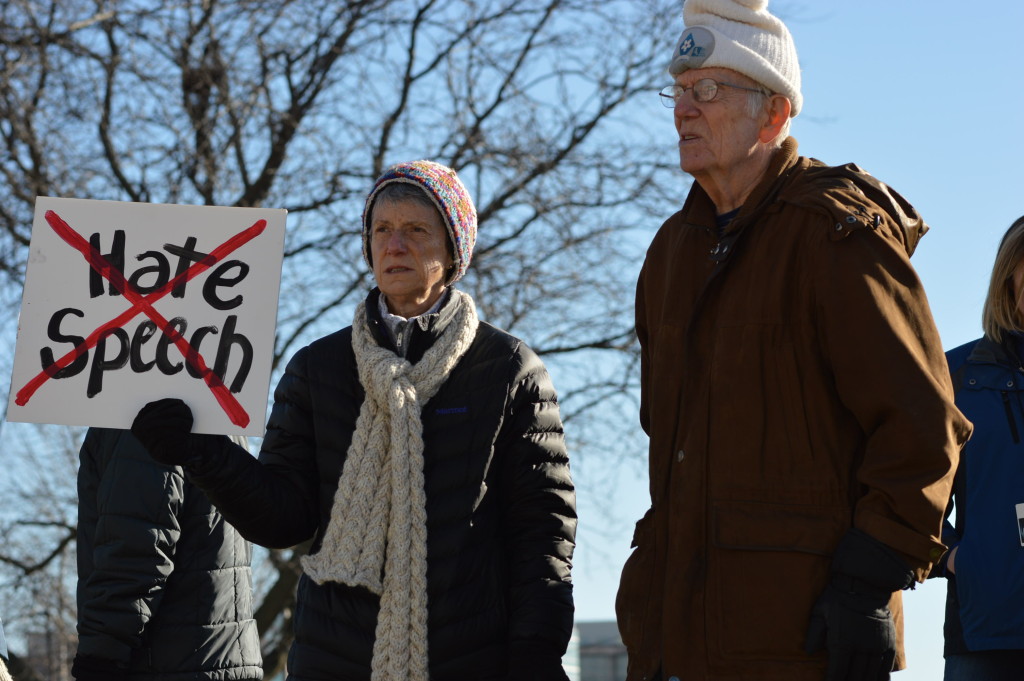 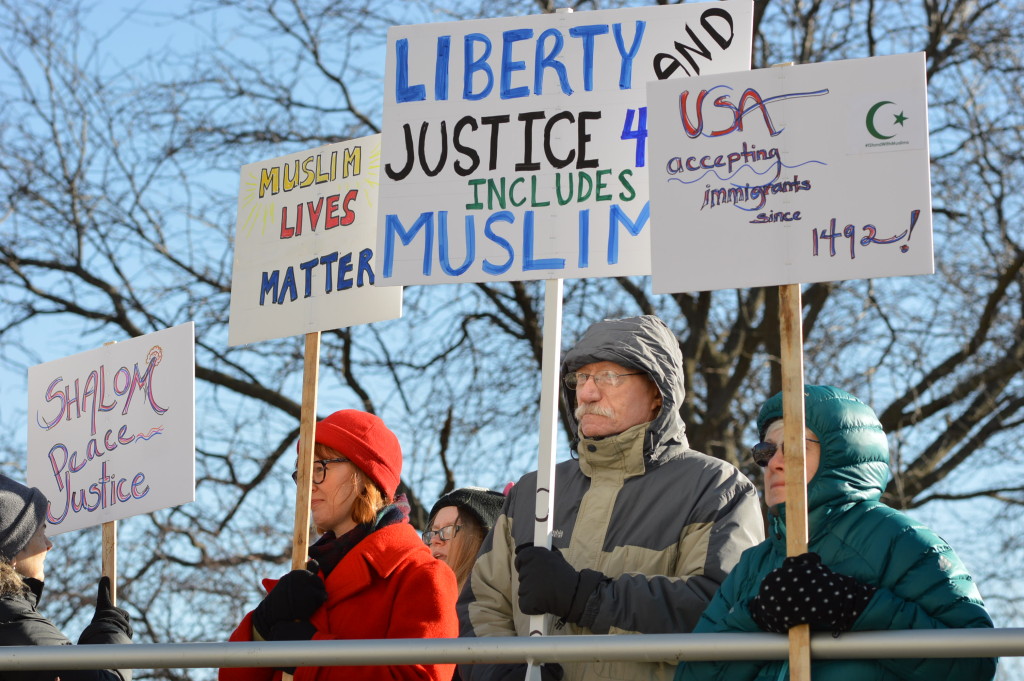 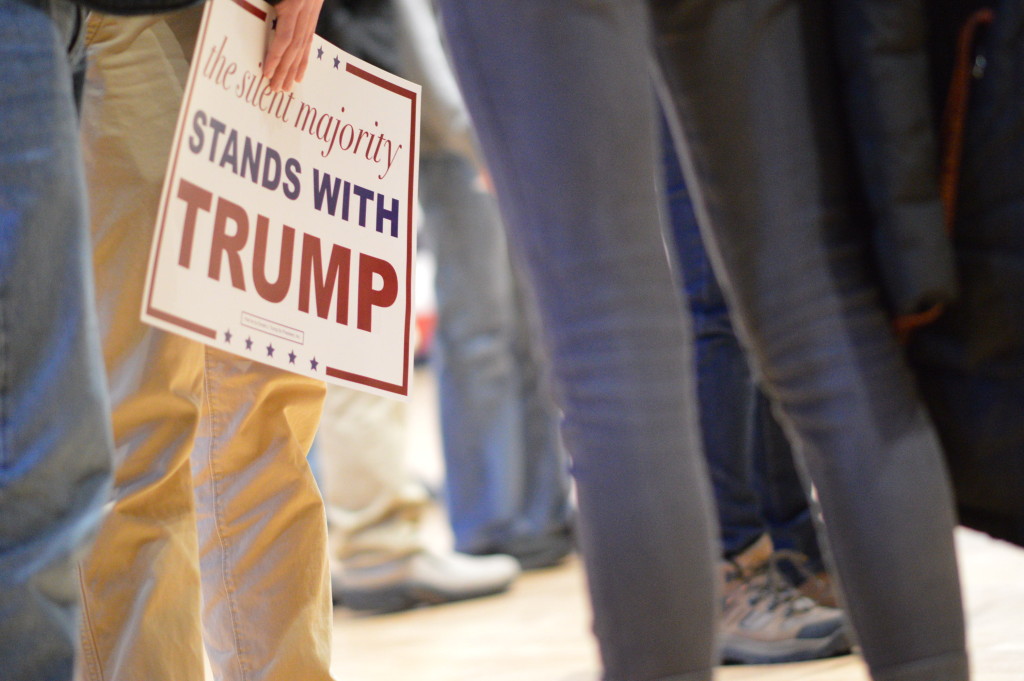 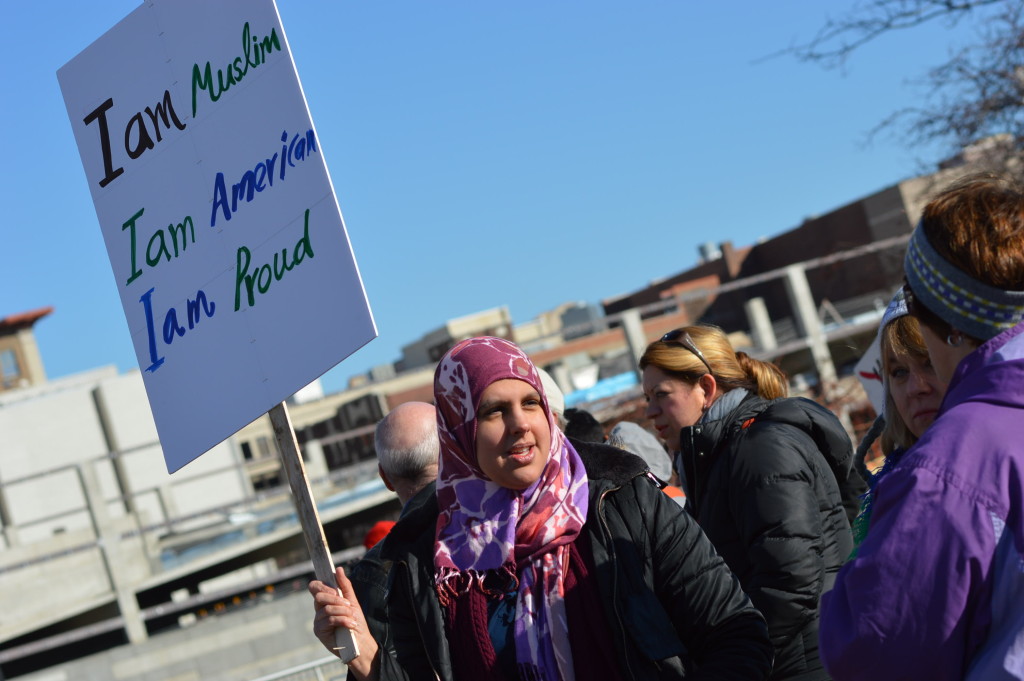 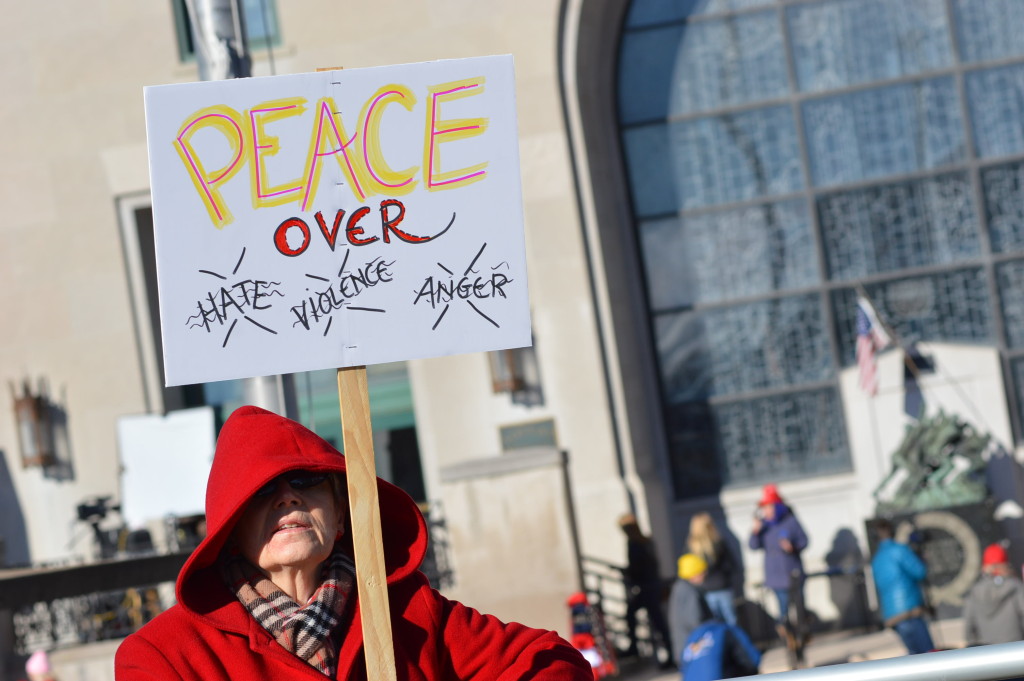 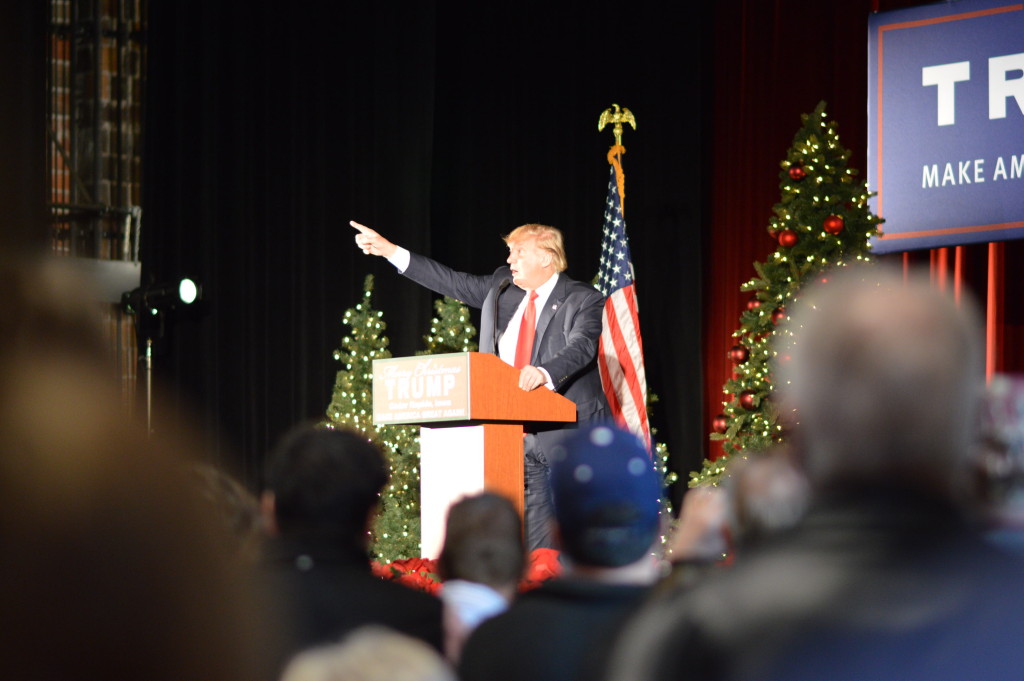 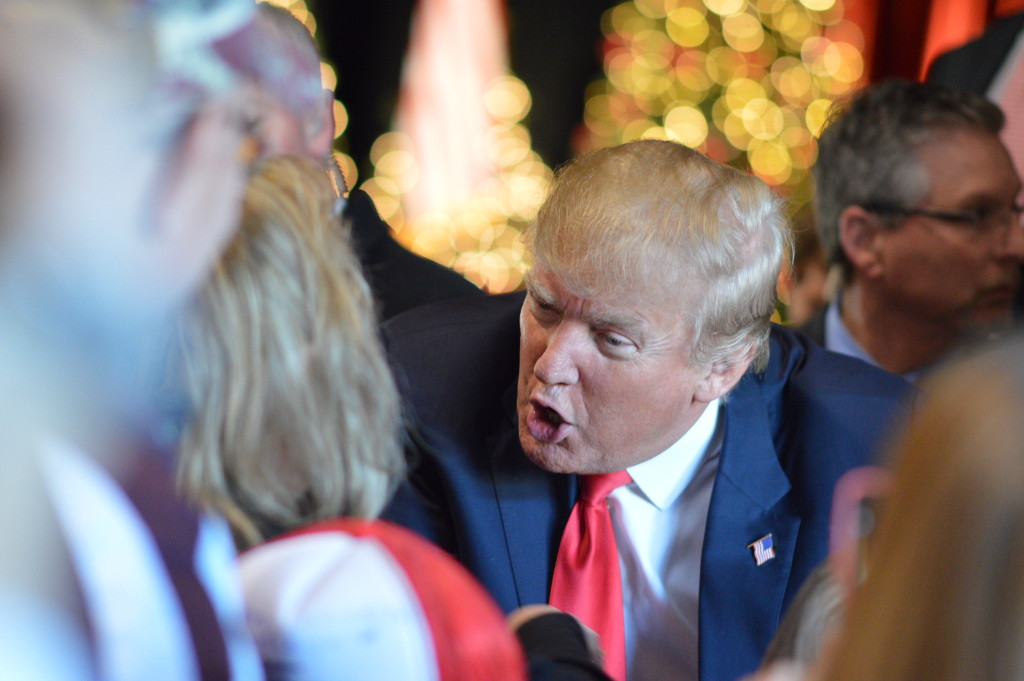