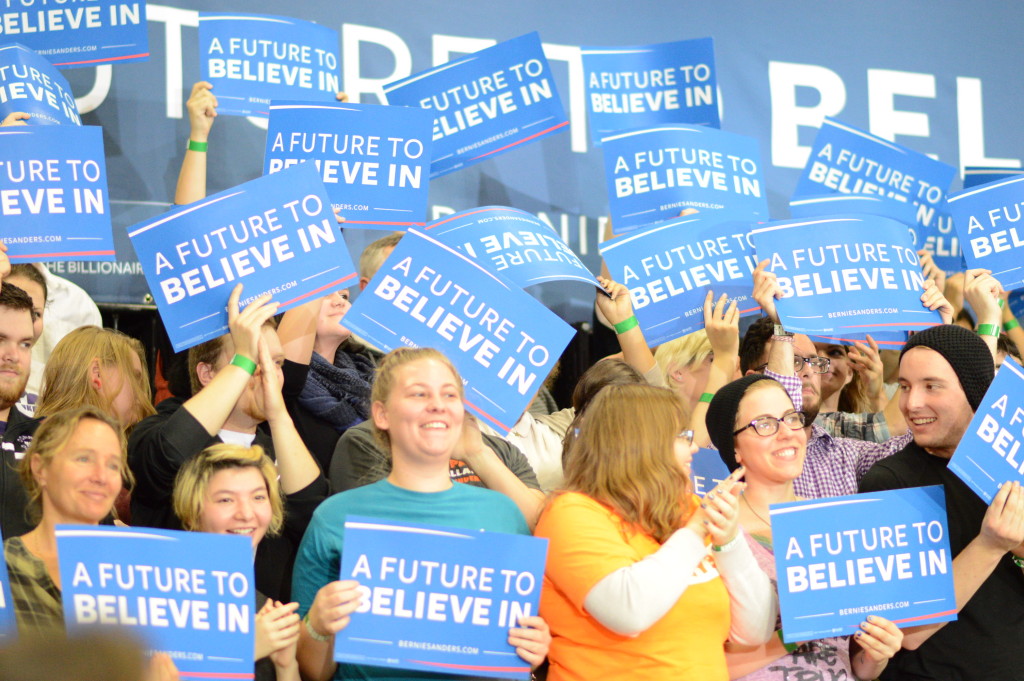 Buttons were sold outdoors in the rain as crowds waited to enter the Sports Center at Cornell College. (photo/Cindy Hadish)

MOUNT VERNON – Crowds braved a steady rain standing in line as they waited to hear Sen. Bernie Sanders speak in his campaign for the Democratic presidential nomination.

An estimated 1,125 people packed into the sports center at Cornell College in Mount Vernon, Iowa, on Dec. 13, 2015, as the Vermont senator addressed climate change, health care, affordable education, the influence of super PACs and more.

The stop was one of several this weekend as Iowa prepares for its first-in-the-nation caucuses on Monday, Feb. 1, 2016. 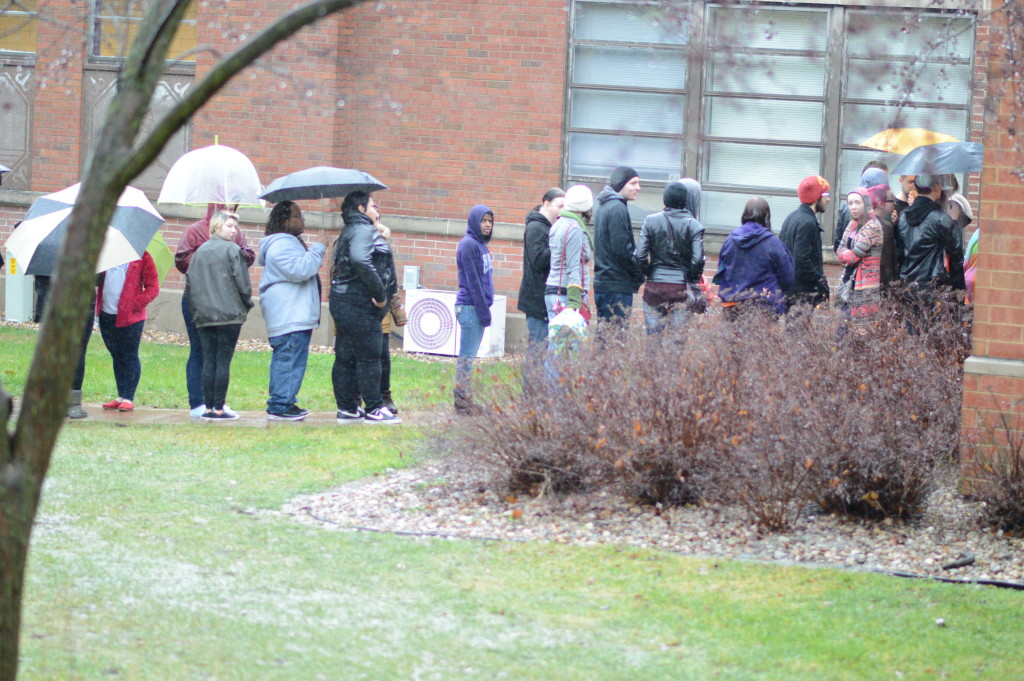 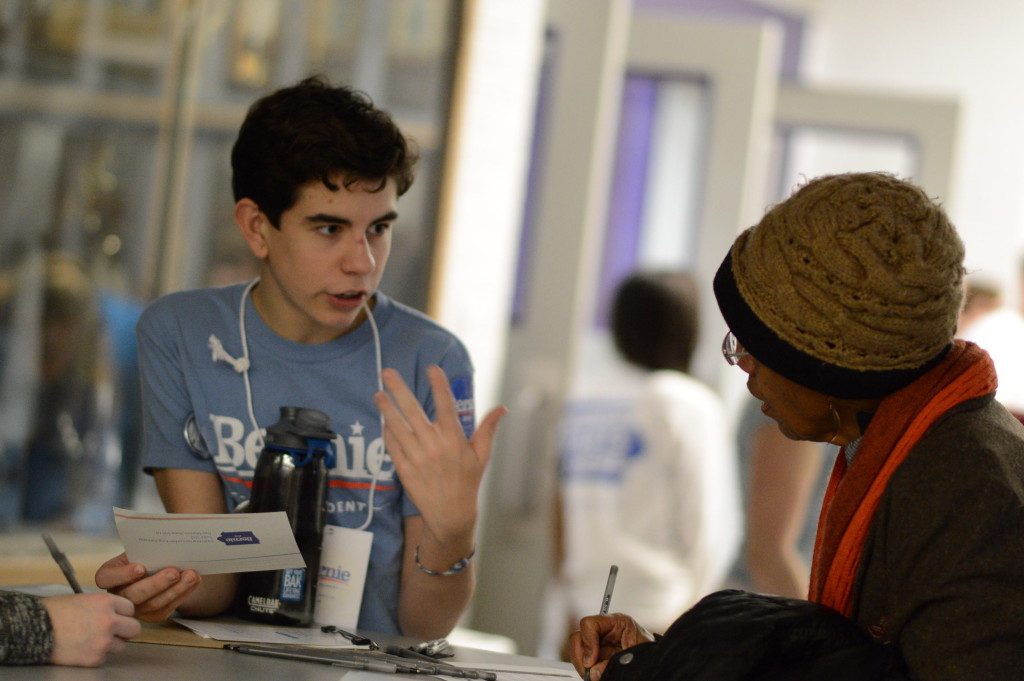 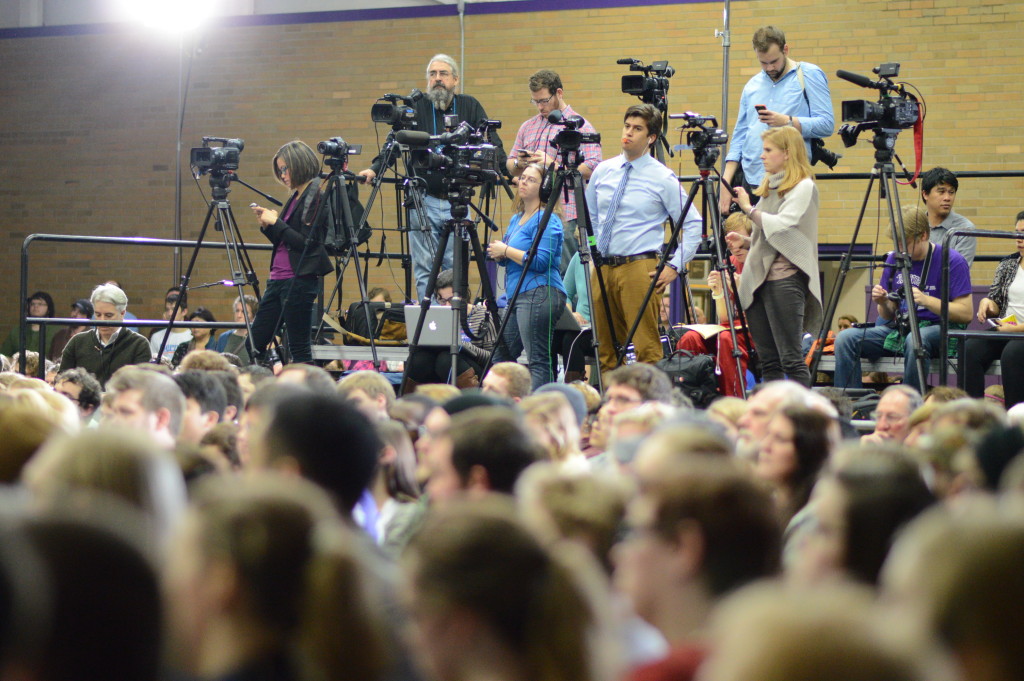 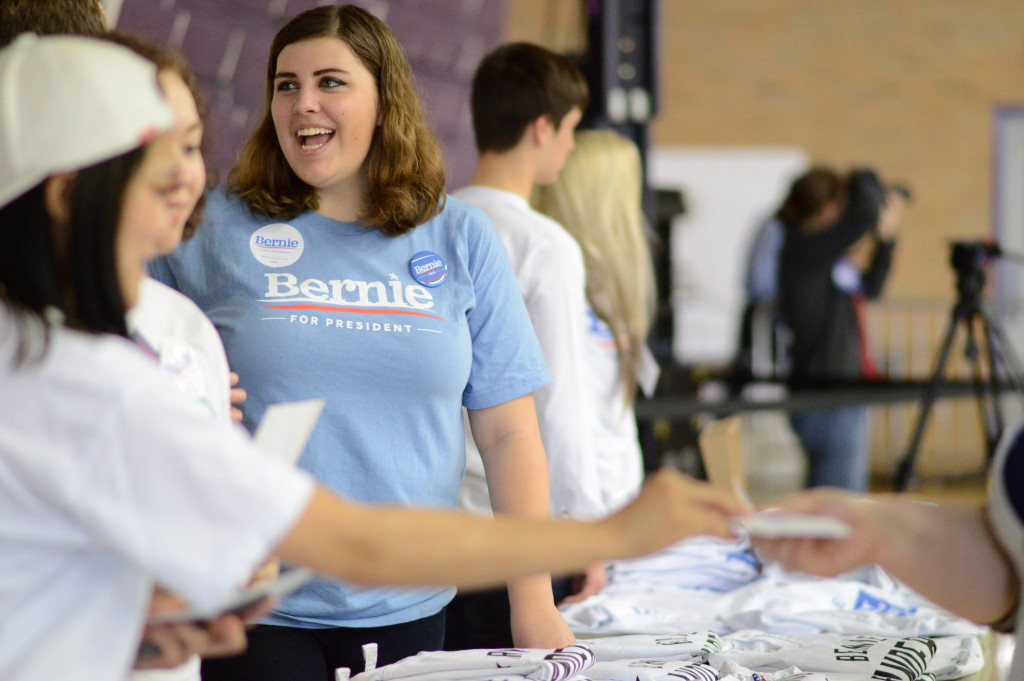 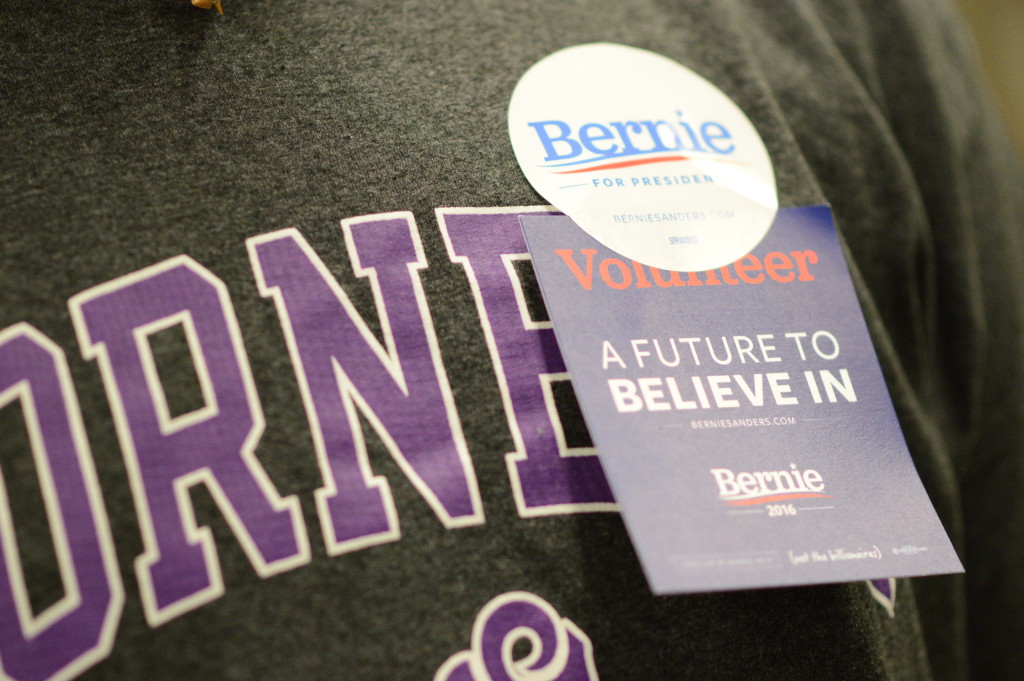 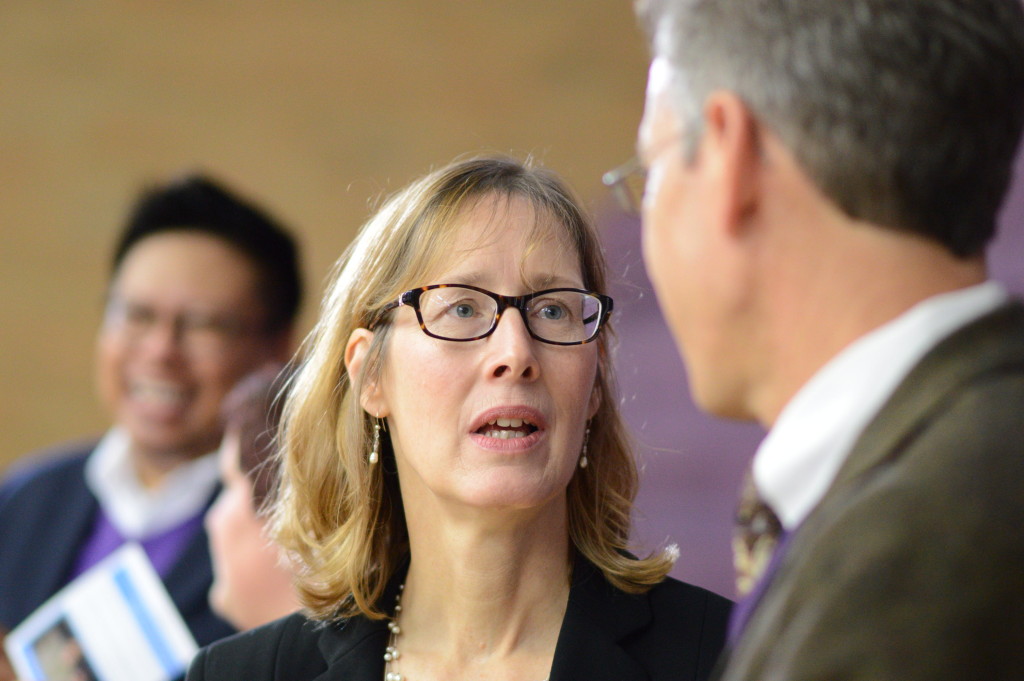 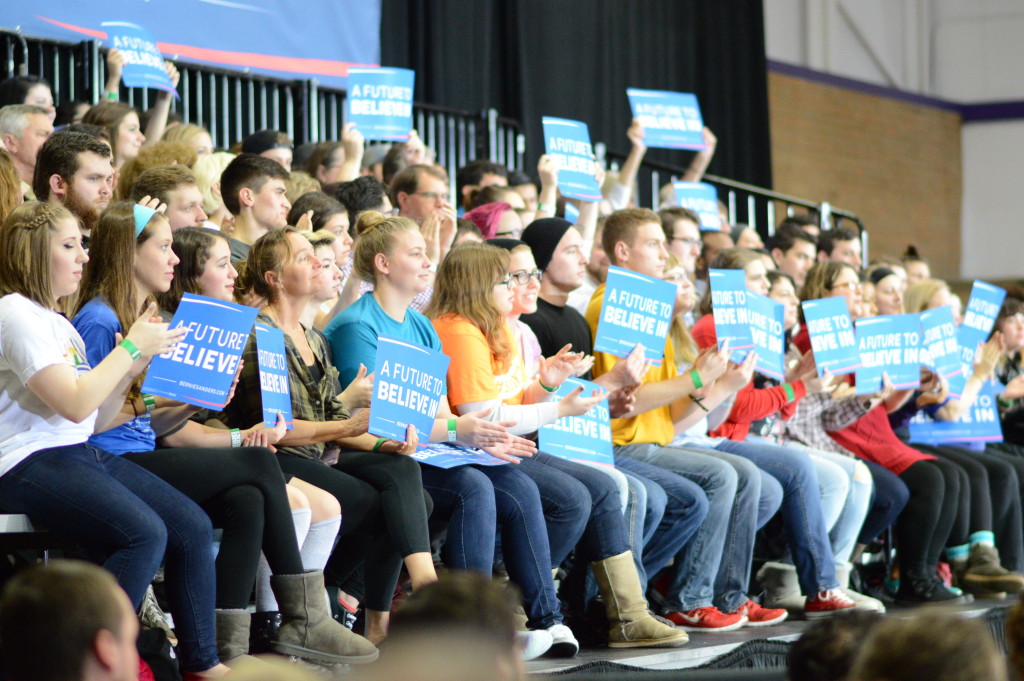 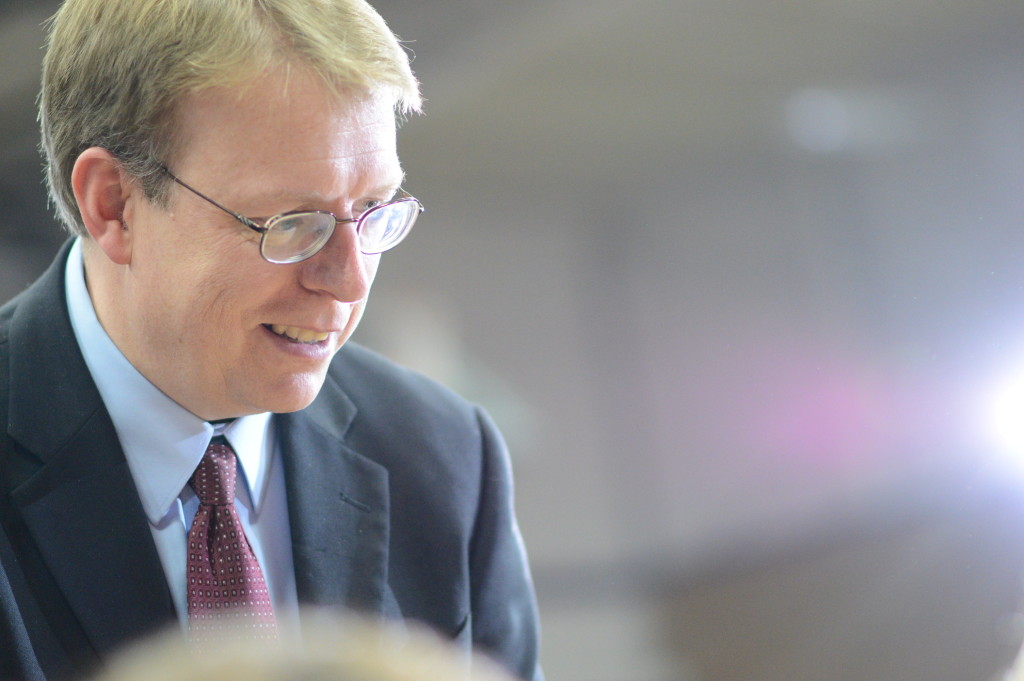 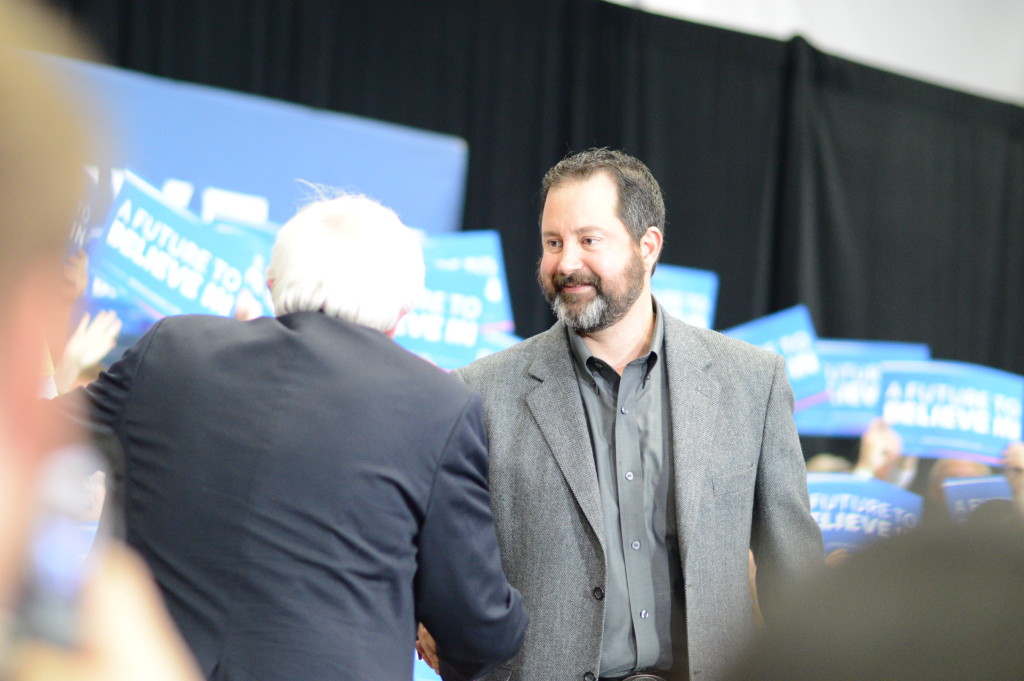 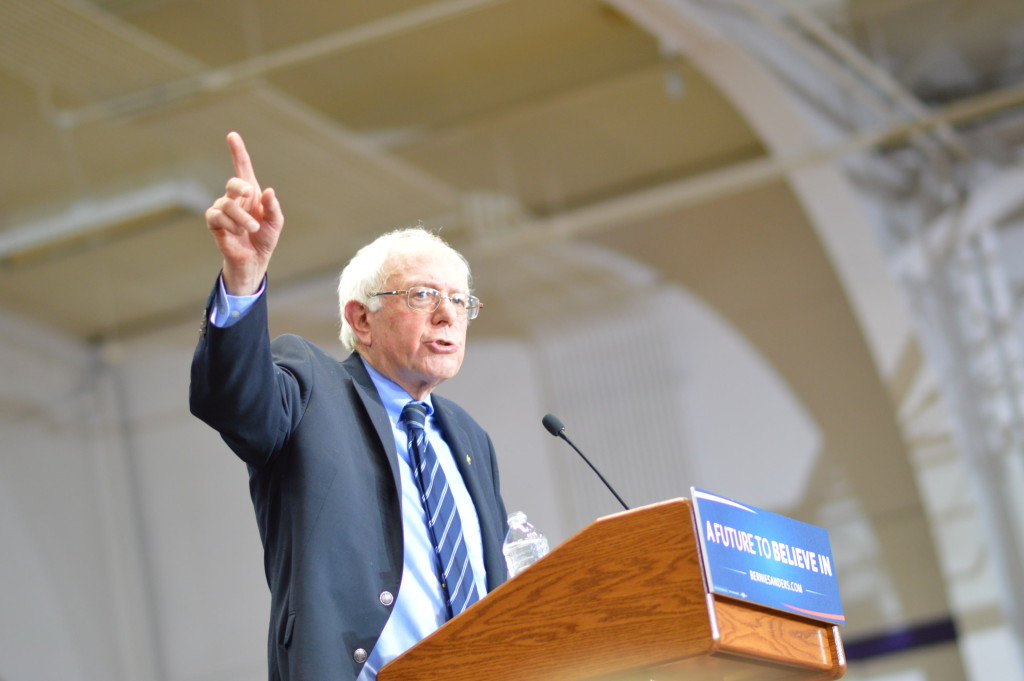 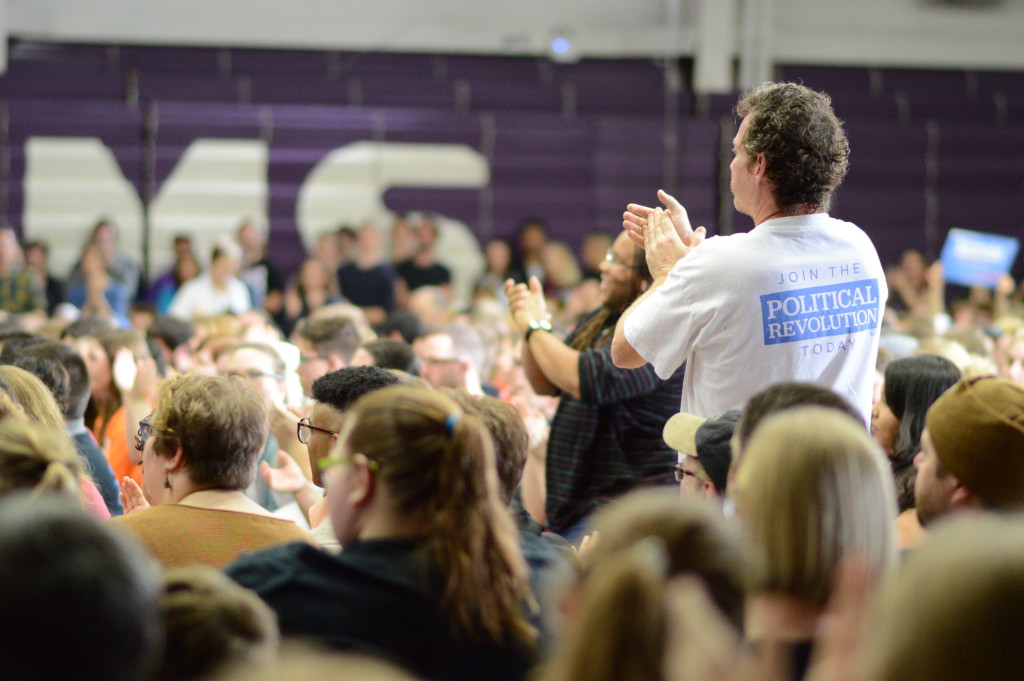 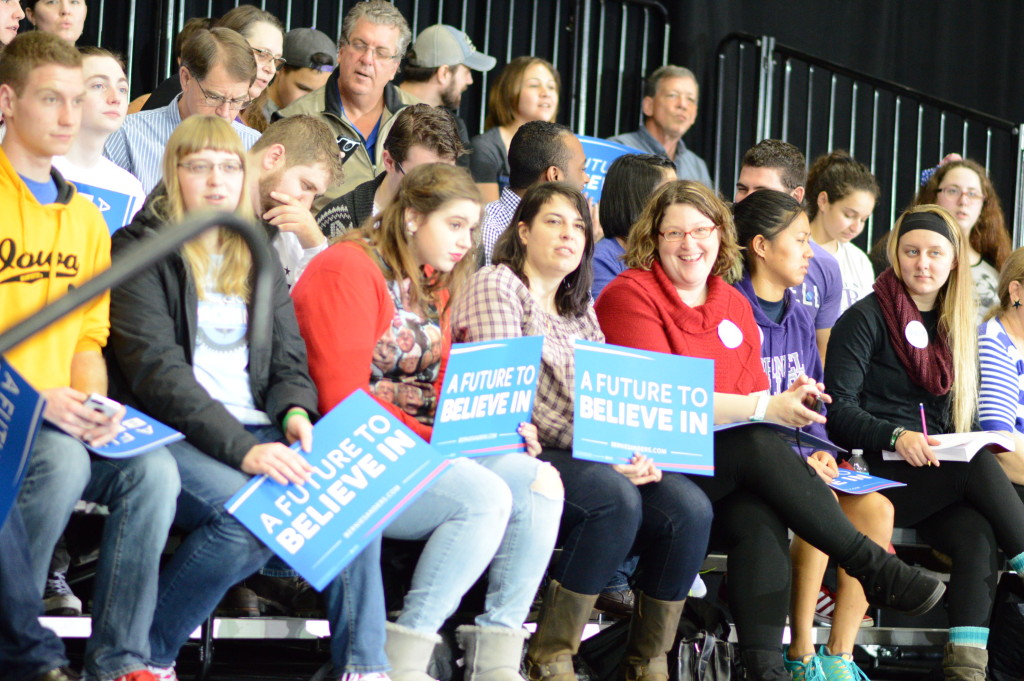 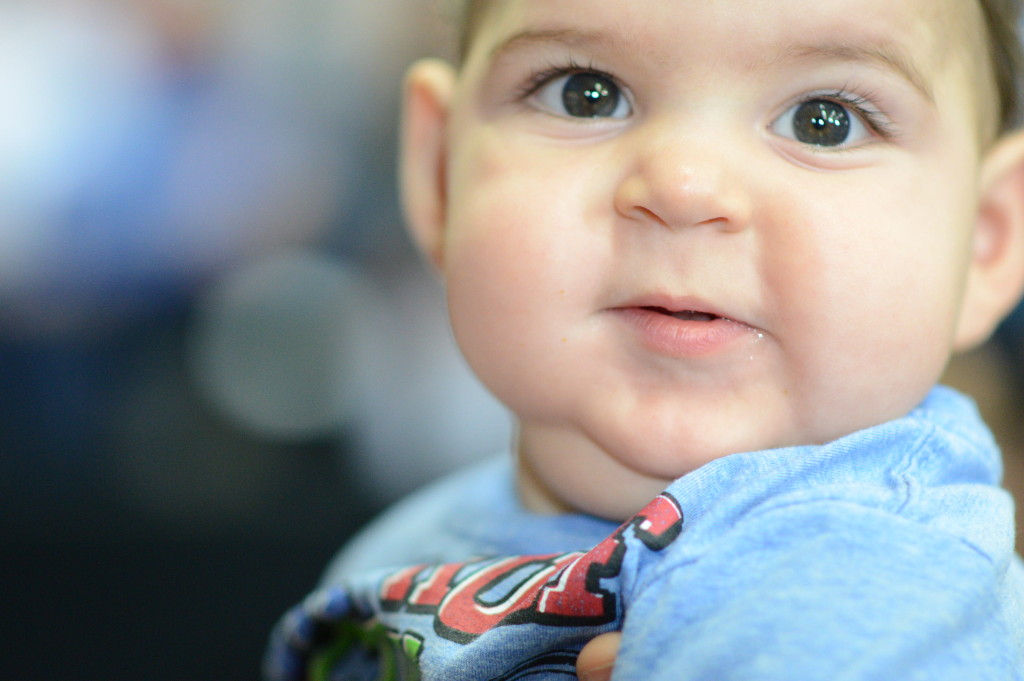 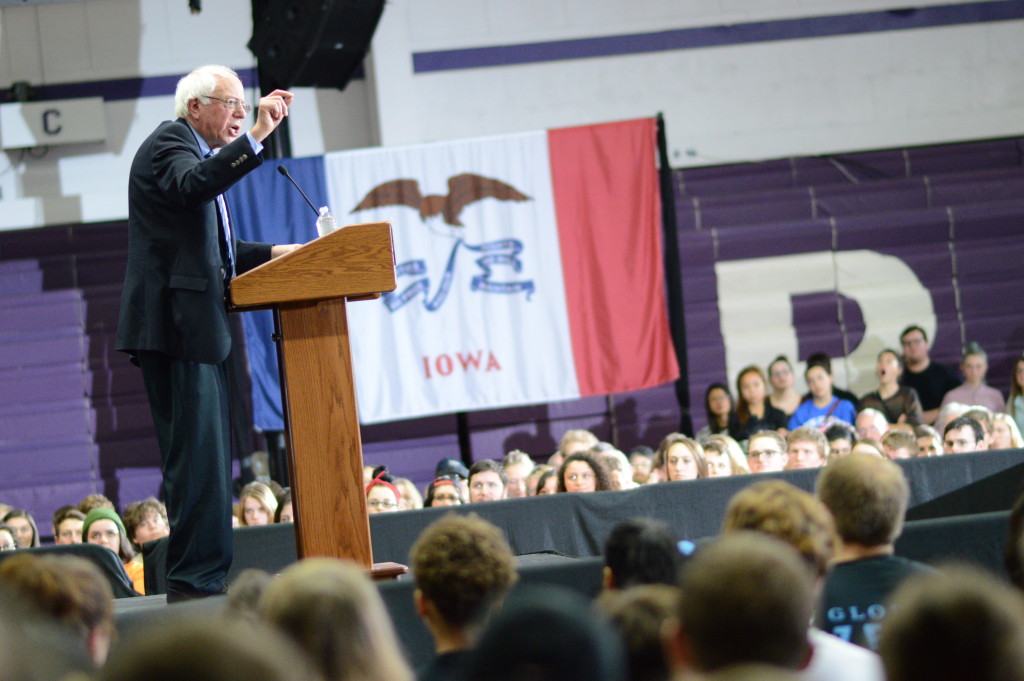 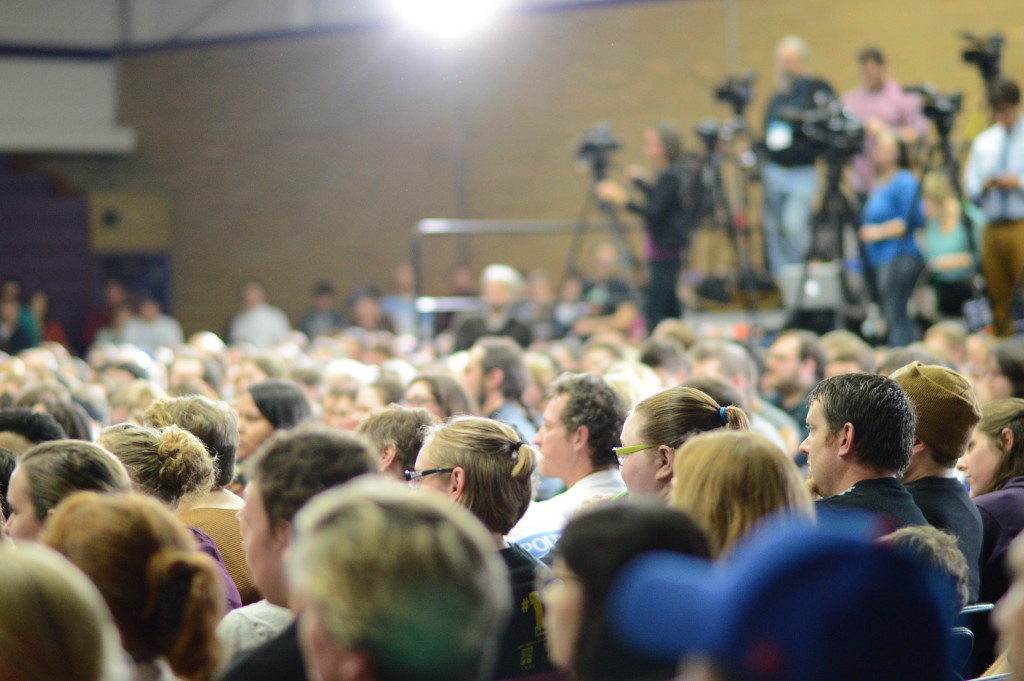 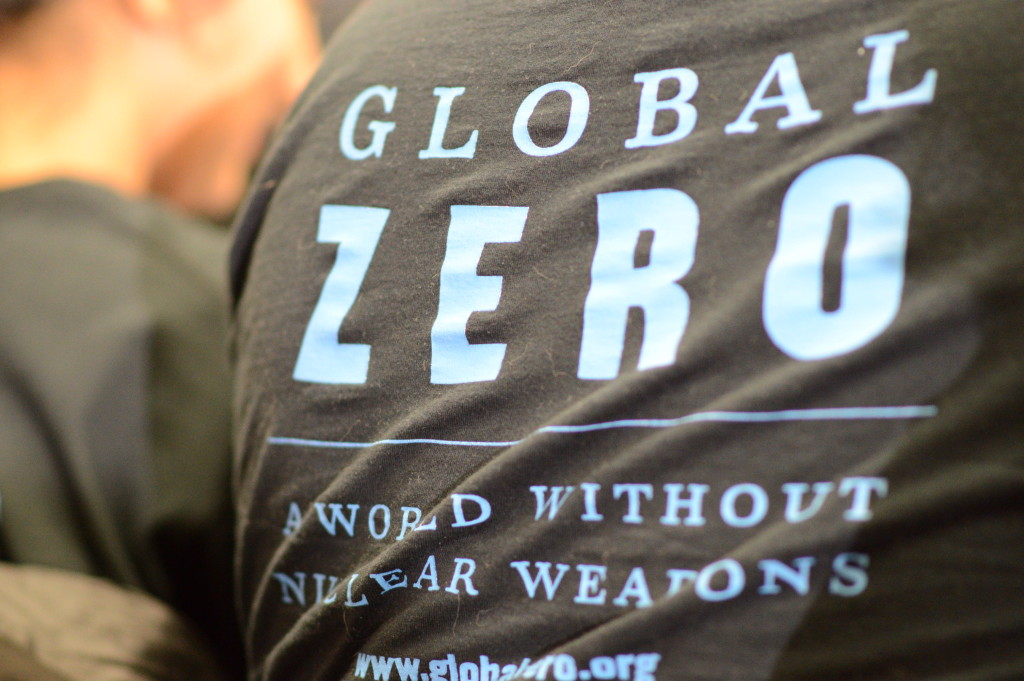 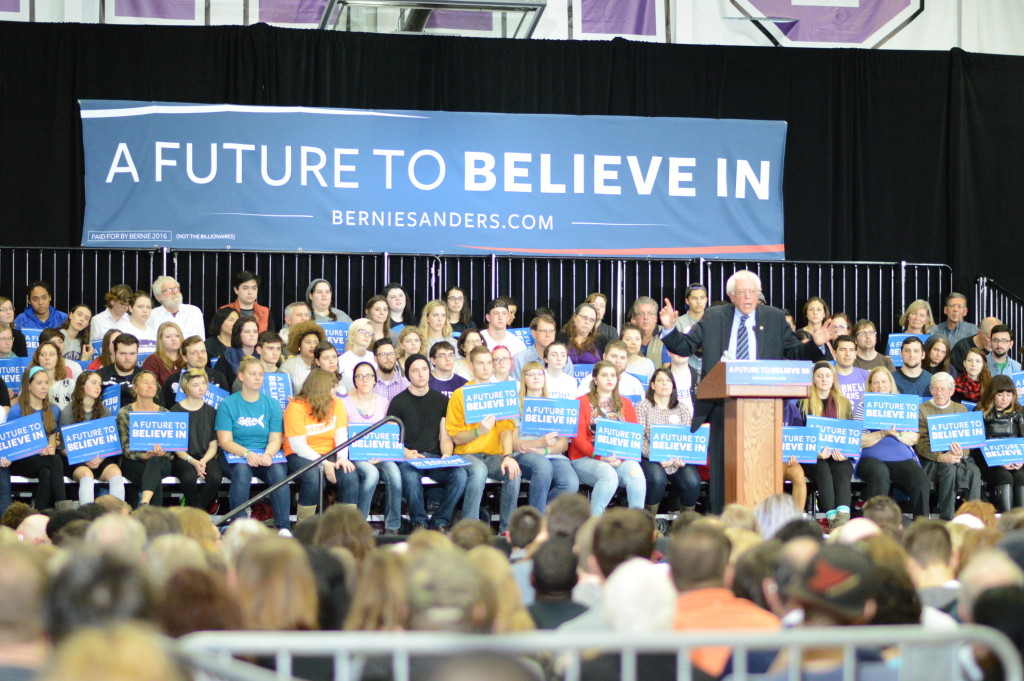 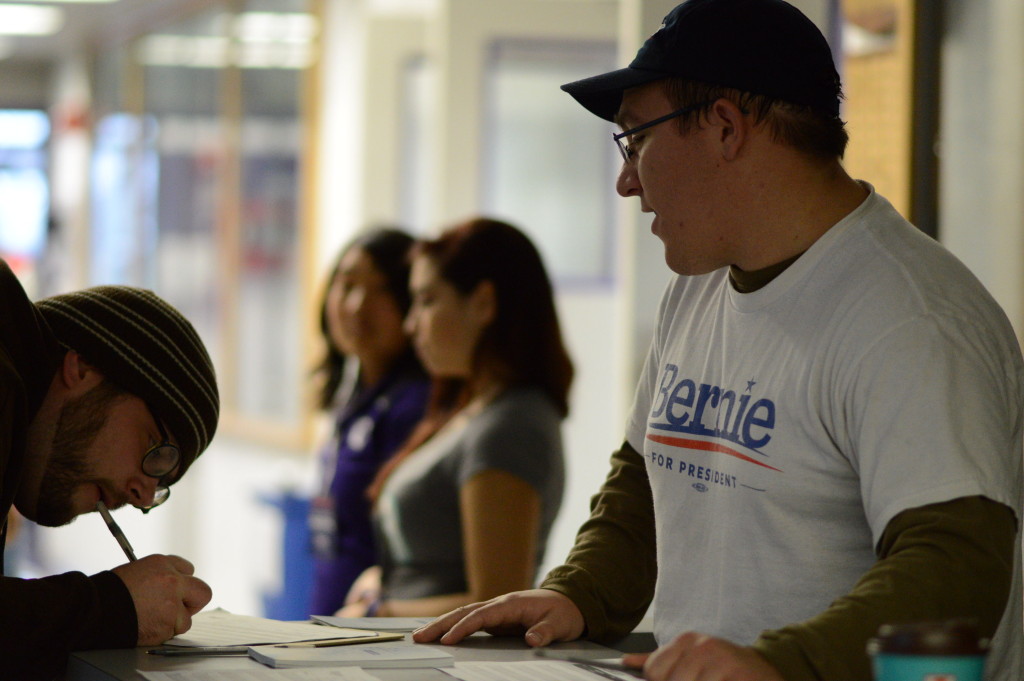 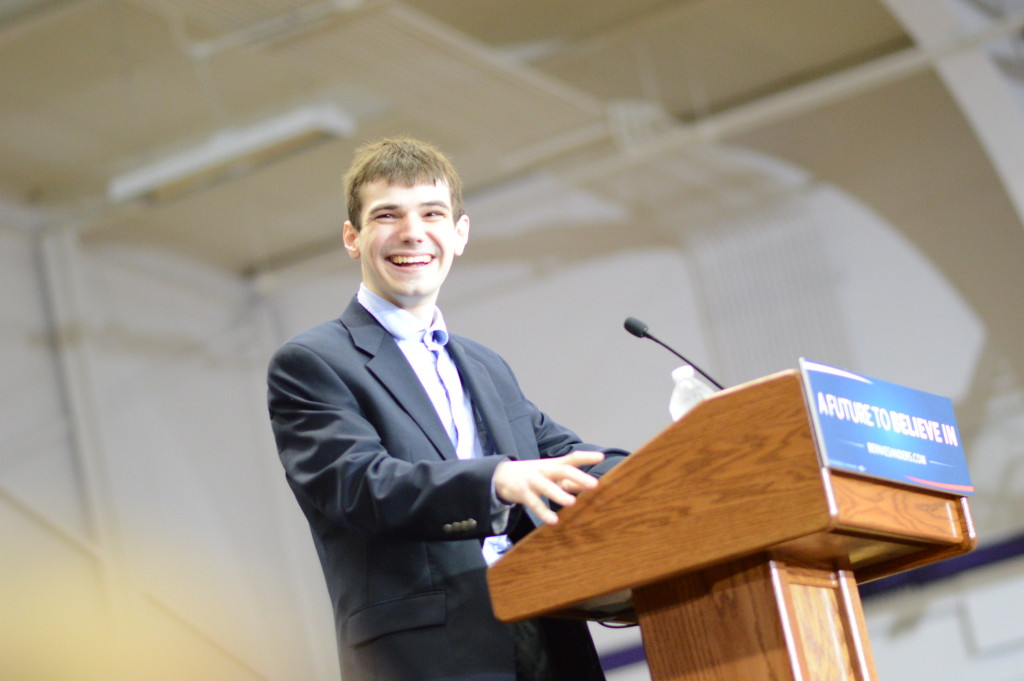 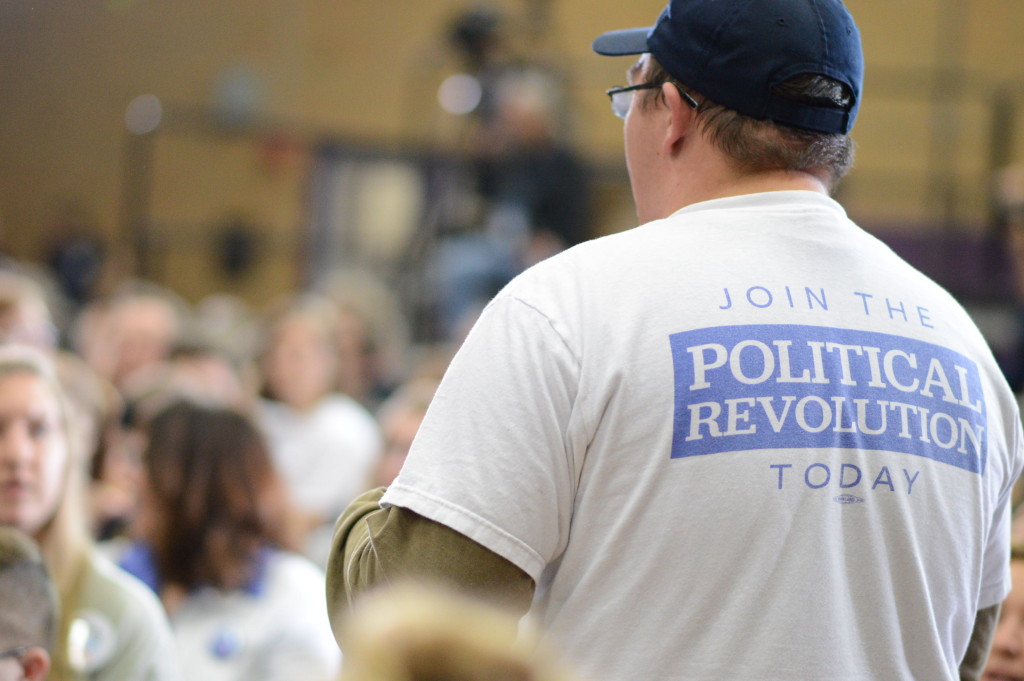 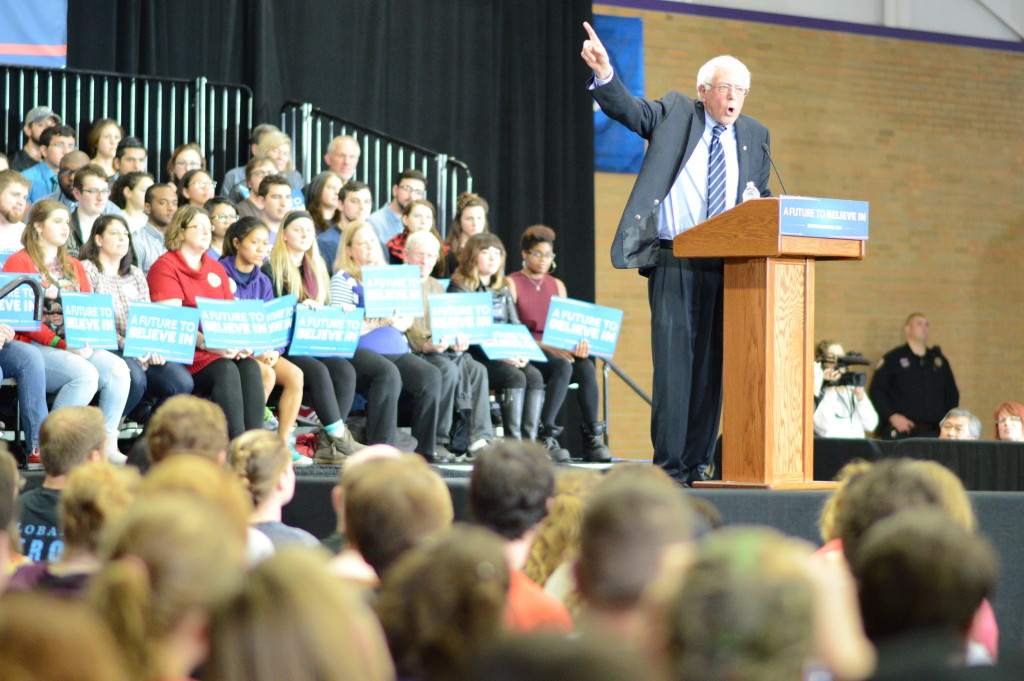 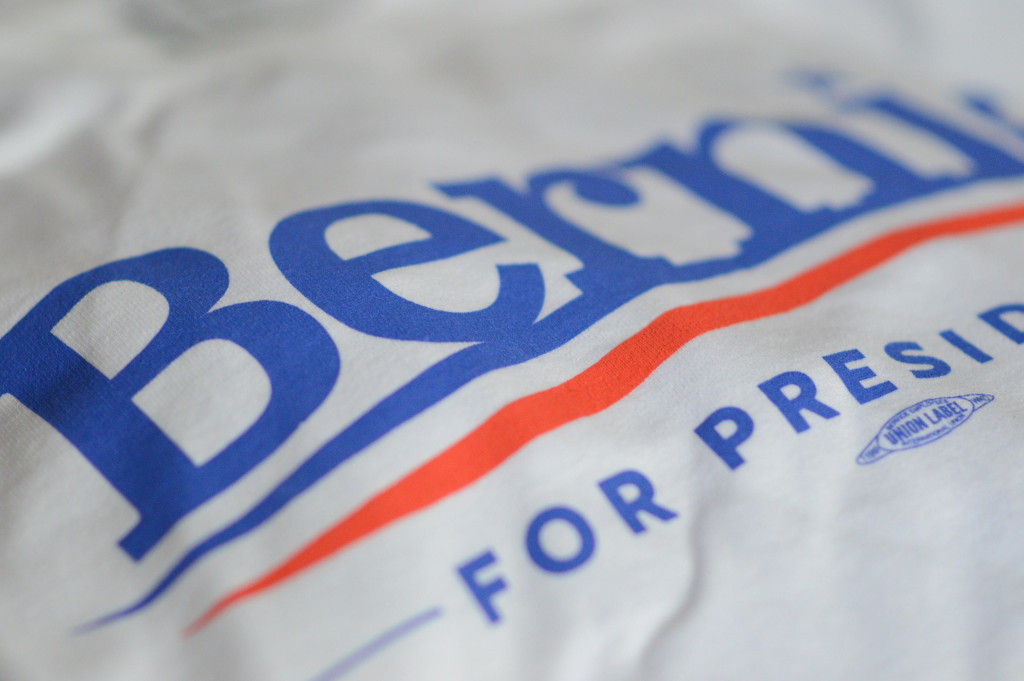 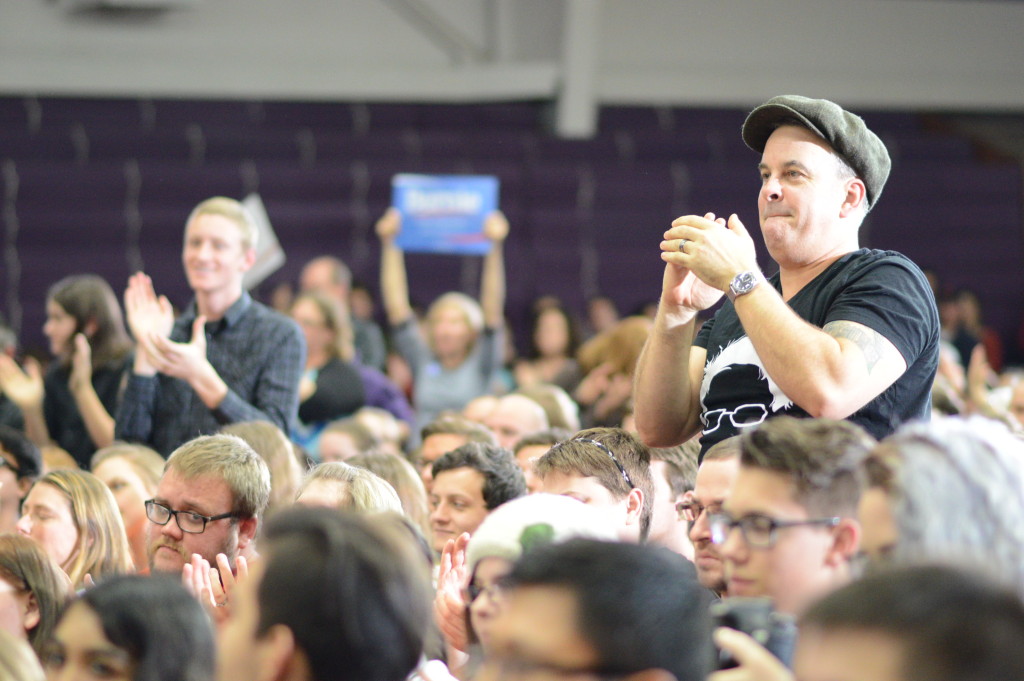 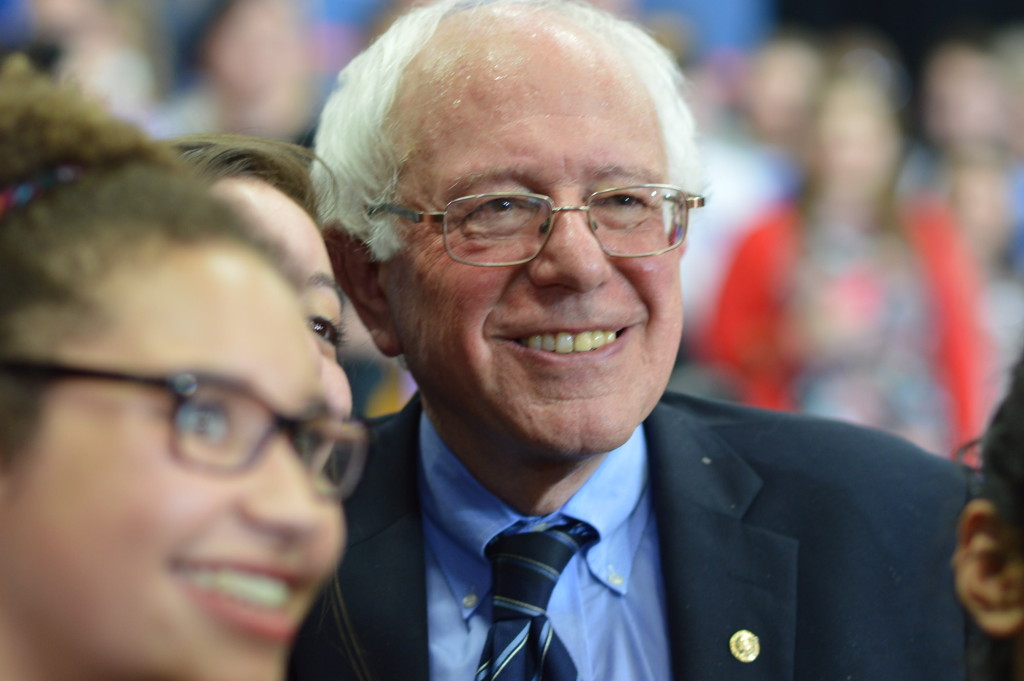