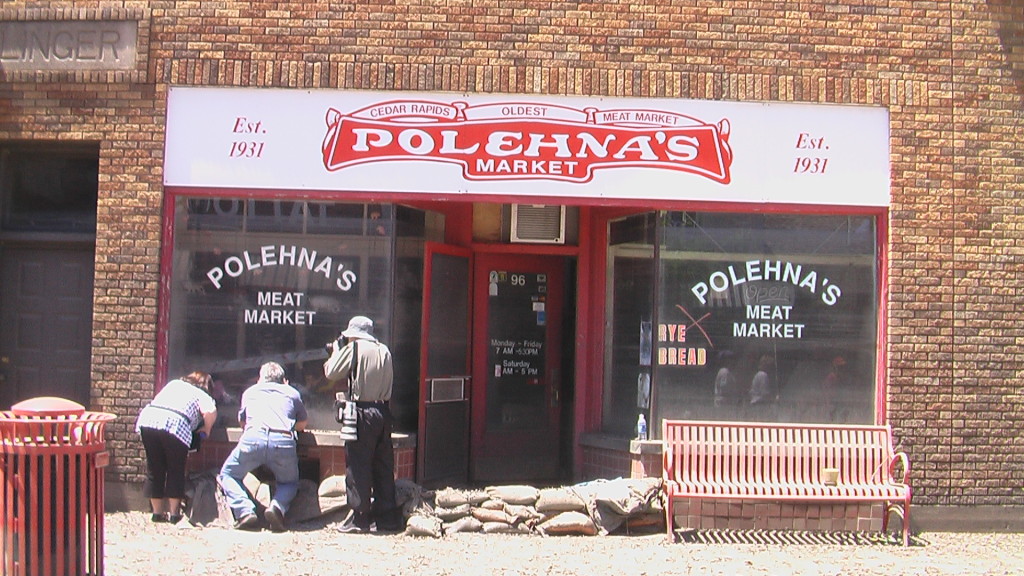 Polehna’s Meat Market in Czech Village was among the casualties of the 2008 flood in Cedar Rapids, Iowa. This week marks the 10th anniversary of the flood. (photo/Cindy Hadish)

The coming week begins a retrospective on the 10 years that have passed since the epic 2008 floods in Eastern Iowa, including Cedar Rapids.

For those who say the June 11-13 disaster was the best thing to ever happen to this city, it’s not a stretch to guess what they did, and didn’t, experience in 2008, when the Cedar River crested at an unprecedented level of 31.12 feet. 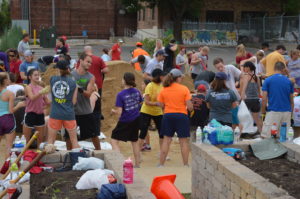 In 2016, Cedar Rapids staved off a near repeat of the 2008 flood through many efforts, including volunteer sandbagging. (photo/Cindy Hadish)

Those people likely did not live in the Rompot or Time Check neighborhoods, which were nearly wiped out by the floods and where neighbors were dispersed to all parts of the city, and beyond.

Nor did they live in Czech Village or New Bohemia, where hundreds of affordable homes, some in families for generations, have since been replaced with higher-end condos, with more to come.

They probably didn’t lose all of their possessions in the flood and watch garbage trucks pick up their flood-soaked memories from the side of the curb or return to clean their home and face day-after-day of stench and muck, as well as coping with the red tape involved in recovery. Nor did they lose their locally owned business.

And as much as was touted about “no loss of life” in the 2008 flood in Cedar Rapids, of the 10,000 residents displaced during that time, lives undoubtedly were shortened due to the extreme stress and many others were forever changed.

Thunderstorms this weekend brought back memories of that time, 10 years ago, when incessant rains pummeled Iowa, and led to the unimaginable: of homes and businesses filled with water to the ceiling, streets unnavigable except by boat and the only access from one side of the city to the other via Interstate 380.

Those of us with personal experience during the flood can look back in whatever way is most appropriate during this anniversary. But please don’t generalize by saying this was the best thing to ever happen to Cedar Rapids. For some of us, even 10 years isn’t long enough to fully erase the pain.

Note: The Corridor Business Journal is publishing “Corridor Rising,” a limited-edition hardcover collector’s book showcasing the devastation and renaissance of our region since the historic floods of 2008. The book can be ordered at this link. 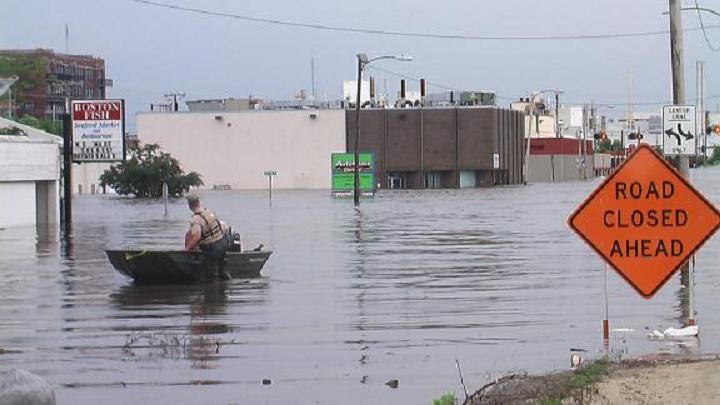