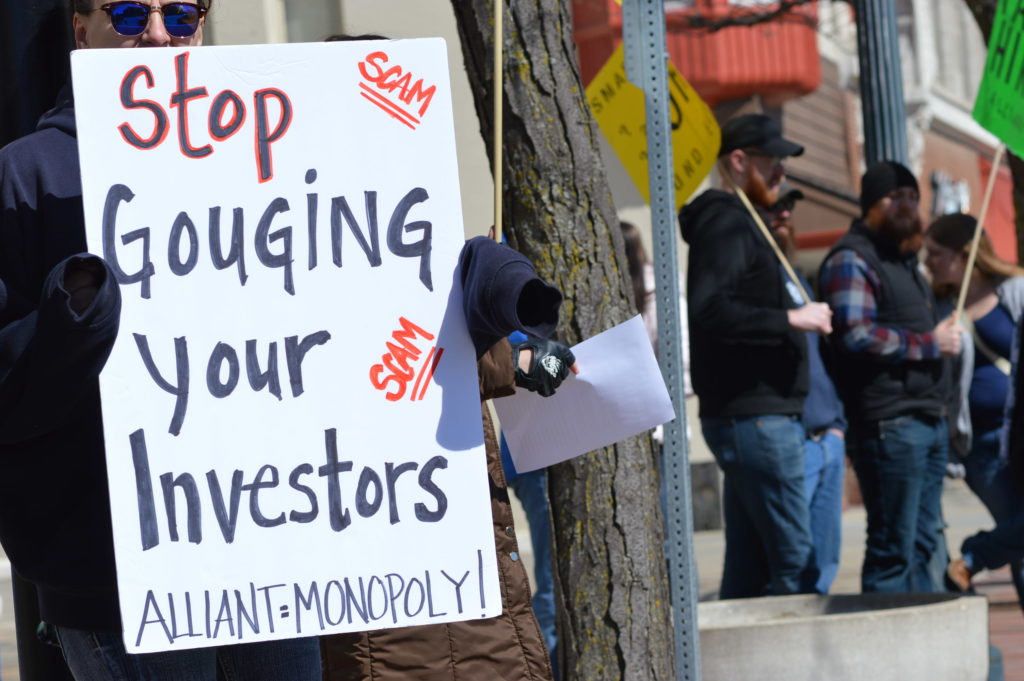 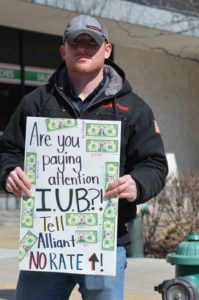 A demonstrator holds a sign to call attention to the role of the Iowa Utilities Board in Alliant’s proposed rate hikes. (photo/Cindy Hadish)

An interim electric rate increase of nearly $89.9 million among all classes – about 5.5 percent – will already begin April 1 of this year.

Alliant representatives have said residential bills will increase by about $8 monthly in 2019 and another $12 per month next year as part of a $1.8 billion project to build new wind farms in Iowa.

Organizer Steven Kenney Jr. said the protest, held in front of Alliant’s corporate offices at First Street and Third Avenue SE, was designed to increase awareness of the rate hikes. 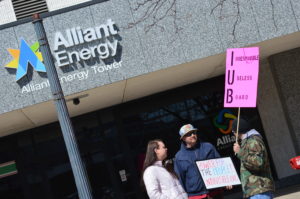 Steven Kenney Jr., right, talks to other demonstrators in front of the Alliant building in downtown Cedar Rapids. (photo/Cindy Hadish)

“And to get these greedy corporate people to see we do have constitutional rights and we do have a voice,” Kenney said, adding that he was pleased with the turnout. “I’d be happy if it was one person or 1,000. Every voice counts.”

Motorists honked in support of the gathering, which lasted nearly two hours on a sunny, but chilly March day.

Alliant customers who object to the rate increase were directed to lodge a formal complaint with the Iowa Utilities Board.

Saturday’s protest – which stayed peaceful – was the first Kenney had organized.

“I hate public speaking,” he said, “but this is important.”

The Iowa Utilities Board must approve Alliant’s proposal and is hosting a series of meetings in coming weeks. Find the meeting schedule here.

See photos from the RISE for Climate Action and a vigil against gun violence and more from today’s demonstration, below: 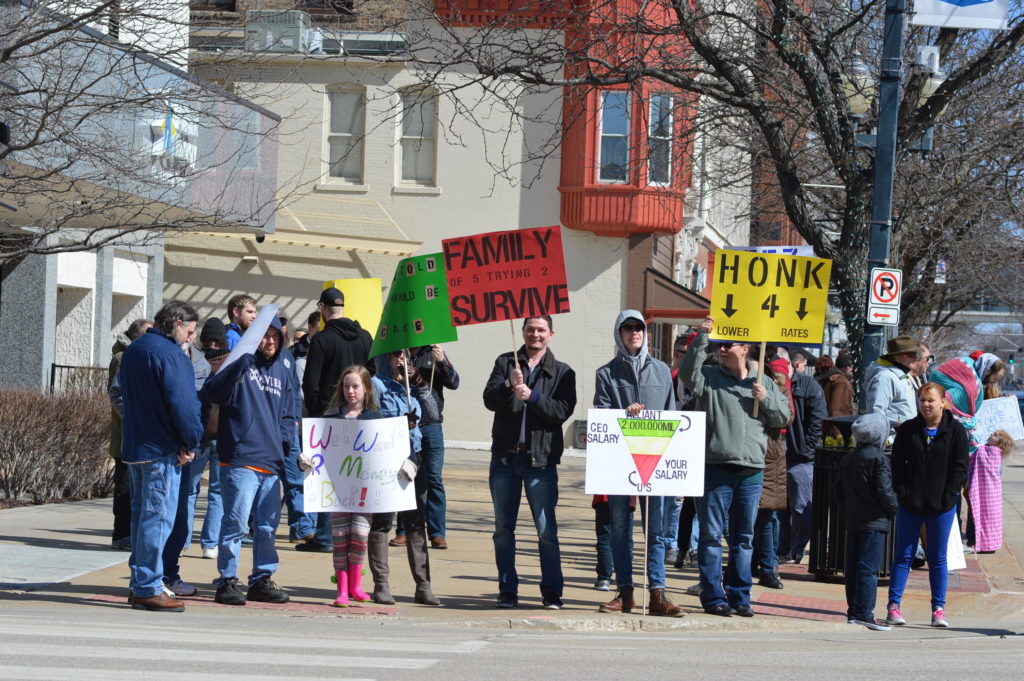 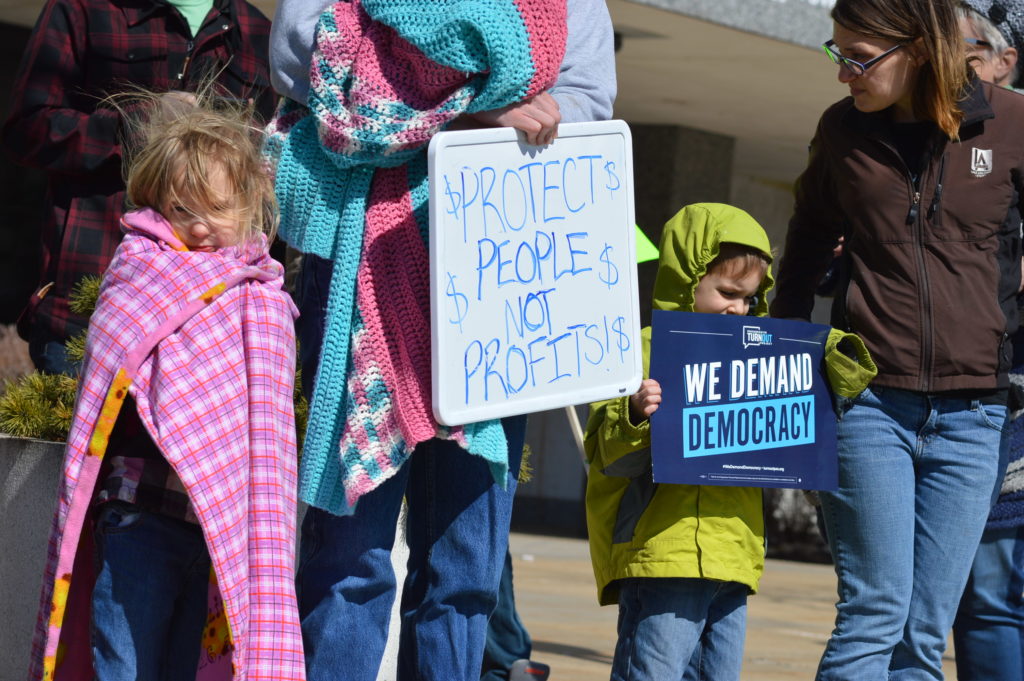 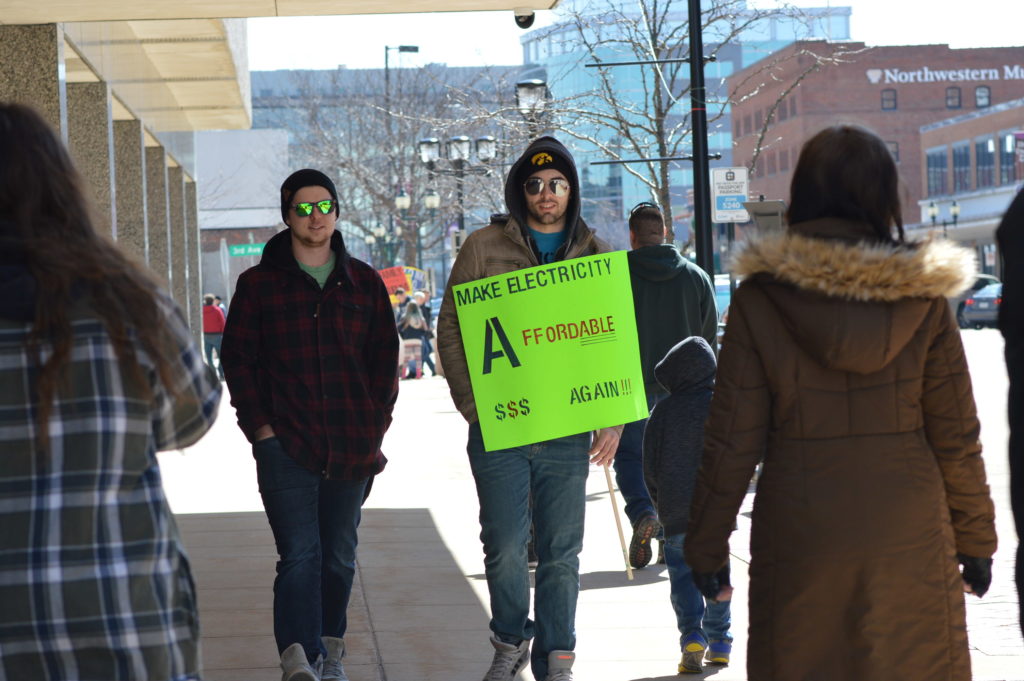 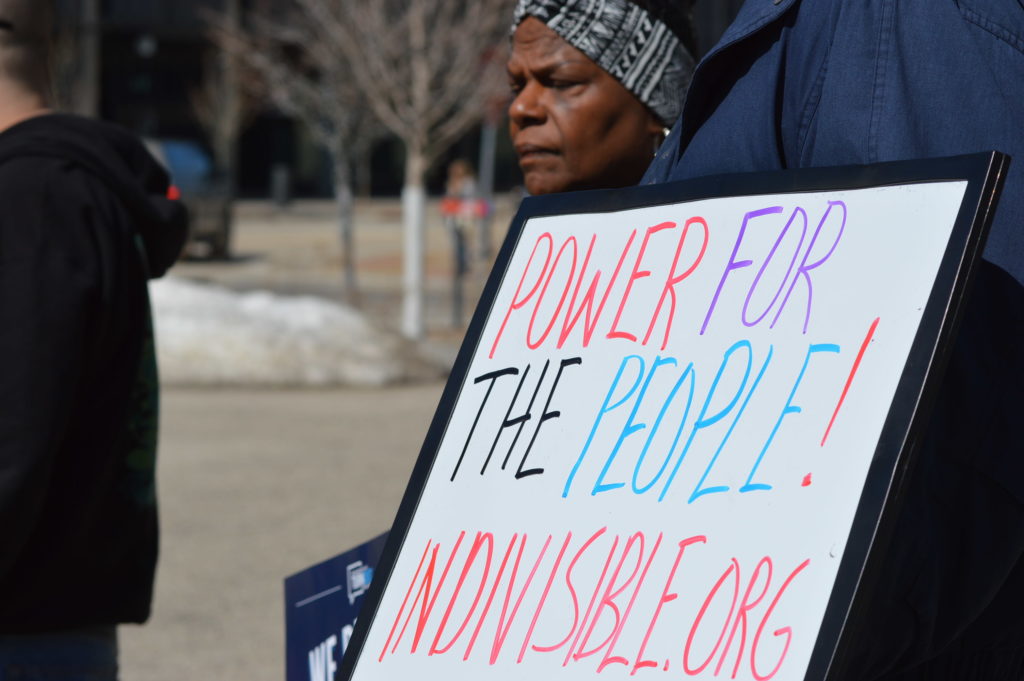 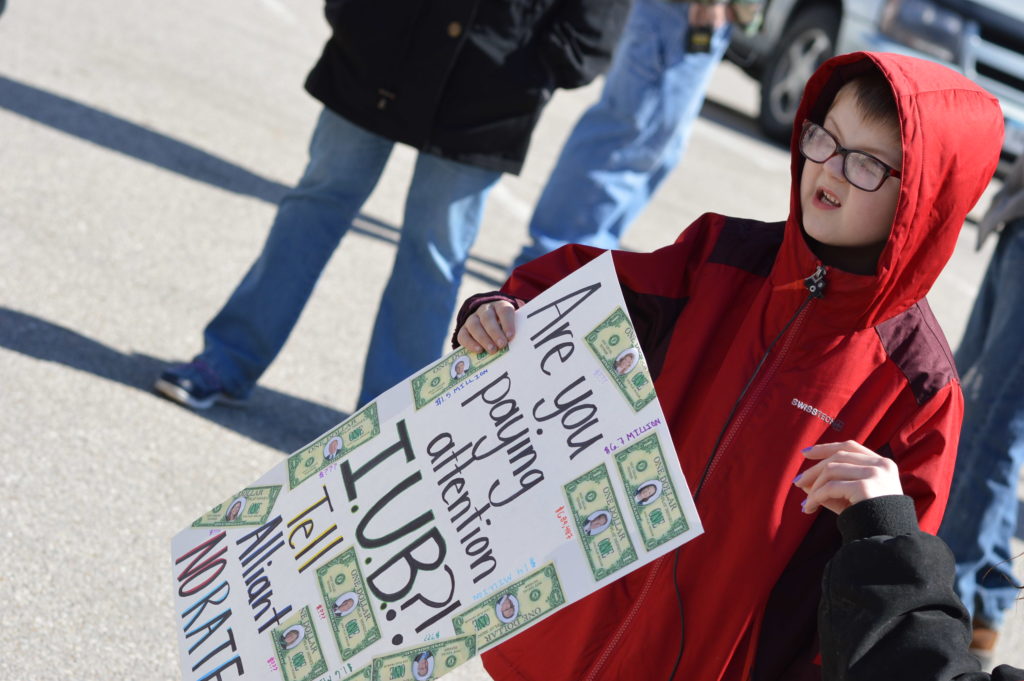 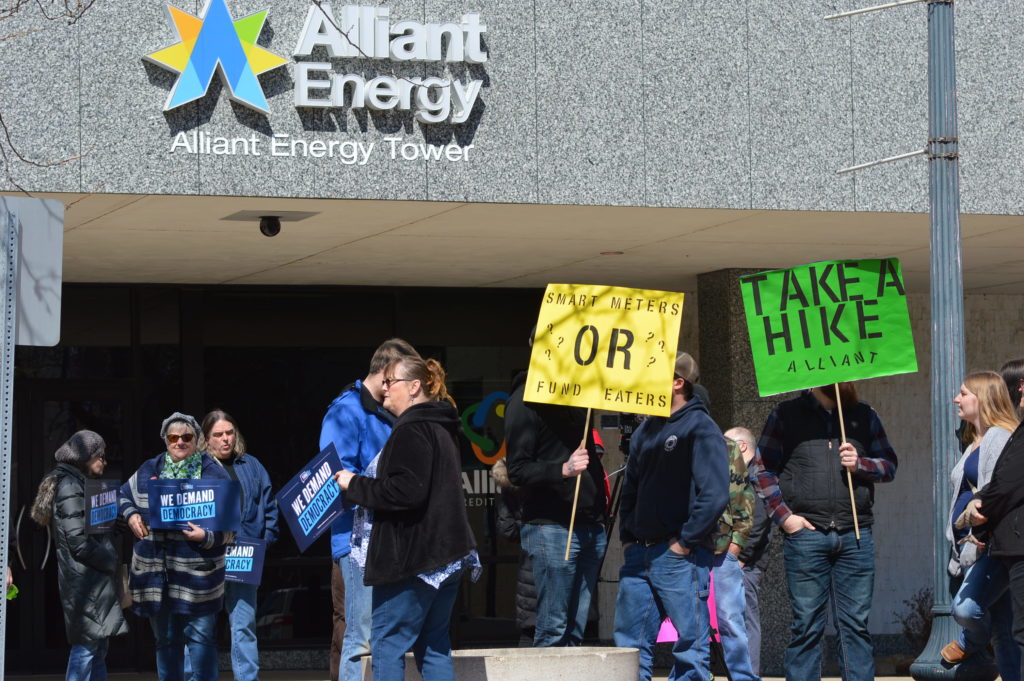 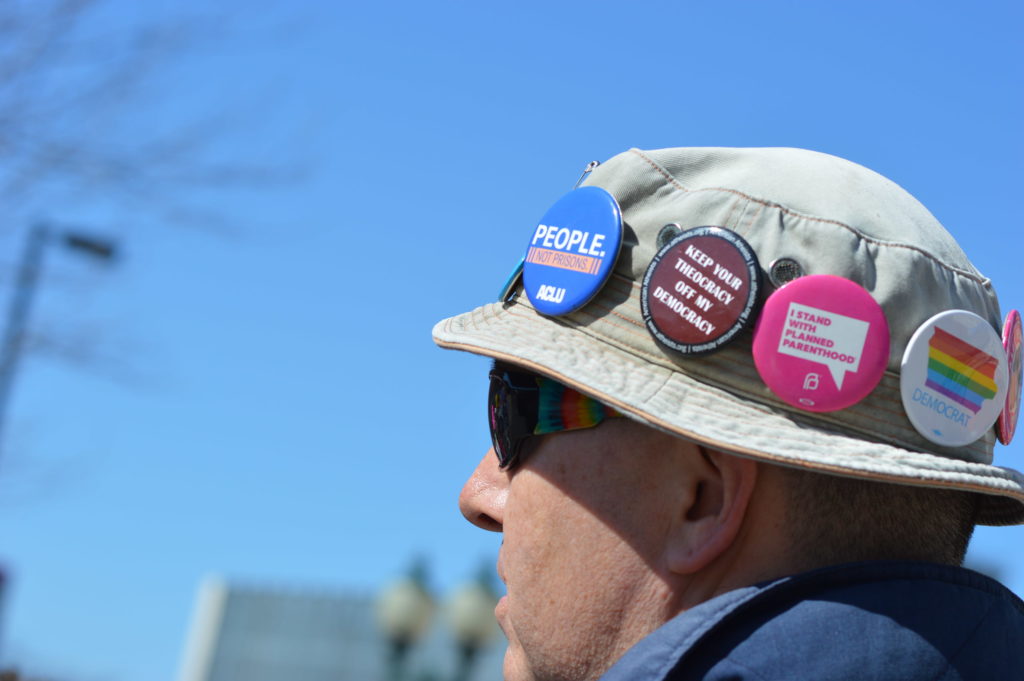 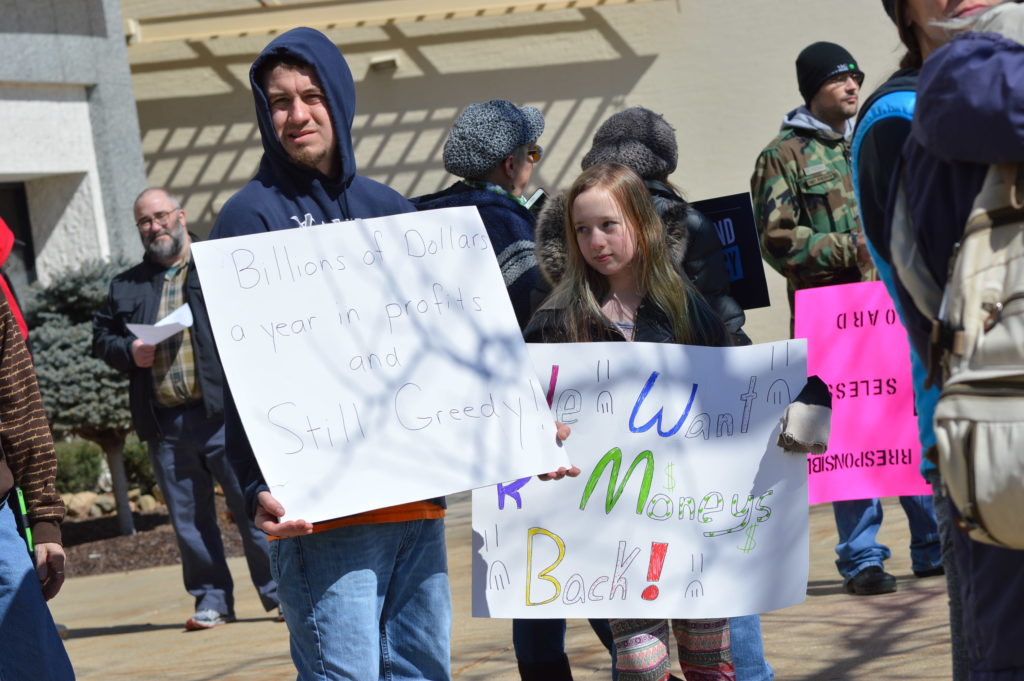 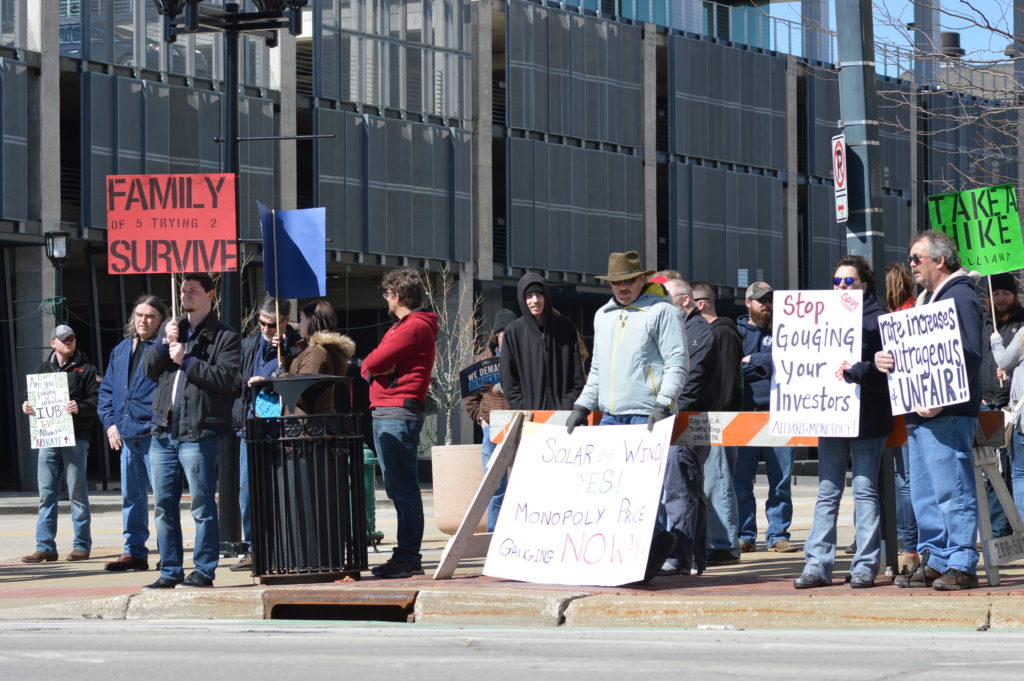 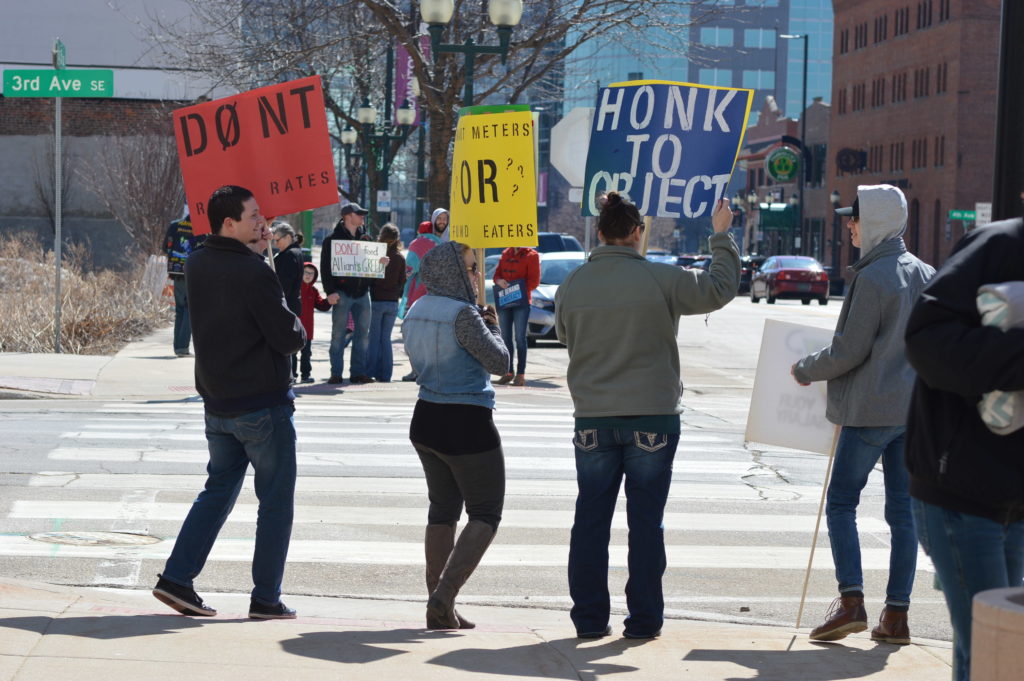