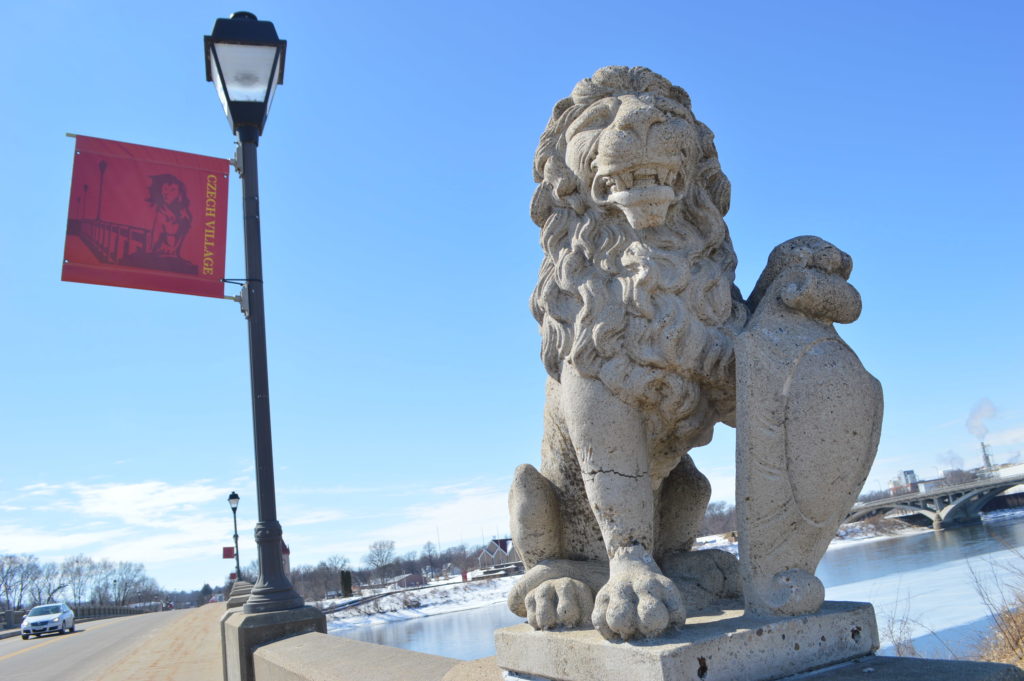 The primary advocate behind the Bridge of Lions in Cedar Rapids, Iowa, was posthumously honored with an award on March 11, 2019. (photo/Cindy Hadish)

CEDAR RAPIDS – Without the efforts of a persistent Czech advocate, the iconic Bridge of Lions that connects Czech Village to New Bohemia might never have been constructed.

Family members of the late Edward Kuba Sr., who promoted the idea for the bridge – constructed 30 years ago – accepted one of the 2019 Robert Chadima Visionary Awards on his behalf. 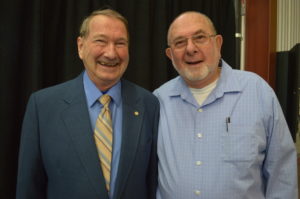 The award is presented annually to honor individuals who have made outstanding contributions to the Czech Village/New Bohemia Cedar Rapids Main Street District and reflect the late Robert Chadima’s vision of entrepreneurship, innovation and creativity for the neighborhood.

During the award ceremony at NewBo City Market on Monday, March 11, 2019, Chadima’s son, David Chadima, noted the importance to the district in finding a reuse for older buildings and in supporting local businesses and local arts and culture.

Edward Kuba was an advocate for all of those entities and more, including the Cedar Rapids Czech School, which is celebrating 150 years in 2019, noted historian Mark Stoffer Hunter.

“Ed was the voice of the neighborhood,” Stoffer Hunter said. 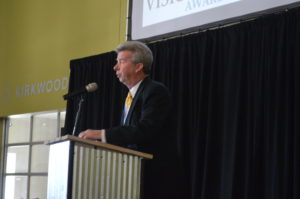 Kuba lobbied to have the bridge built with  “old world” elements when the 16th Avenue Bridge, built in 1910, was deemed unsafe and eventually demolished in 1988.

He promoted a design that incorporated special features such as lion sculptures, pedestrian observation decks, and intricate balustrades on both ends of the bridge that connects Czech Village to New Bohemia, where Kuba lived and worked most of his life.

Kuba even advocated for the Bohemian tradition of mixing eggs with concrete, which was integrated into the construction of the bridge in 1989.

His sons, John Kuba and Ed Kuba Jr. accepted the award on behalf of their father, who died in 1998 at age 86. 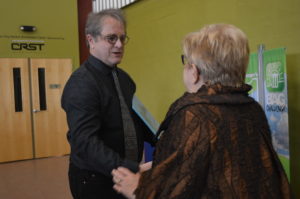 Artist David Van Allen was among the other recipients of the 2019 Robert Chadima Visionary Awards.

Van Allen has been active in the arts community, working out of the Cherry Building in New Bohemia in his photo studio and wood shop, renting space out to other artists and capturing multi-image portraits of people who lived or worked in the district, with a 2006 exhibit.

He has  showcased more than 100 exhibits of other artists’ work and acted in an original play “New Bohemia,” with performances in Cedar Rapids and Prague in 2016.

“I sort of think of myself as a visionary, but a better word is ‘dreamer,'” he said in a video created for the awards ceremony. “I’m a dreamer.” 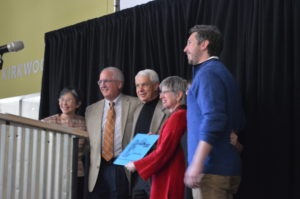 The third award recipients were members of the McClain family, for their contributions to the National Czech & Slovak Museum & Library and Czech Village.

Hunter Stoffer noted that the family has deep roots in Czech Village. When George McClain married Janelle, daughter of a Czech family (Votroubek/Erusha) he became aware of the history and significance of the Czech community in Cedar Rapids.

To contribute and share their rich Czech heritage, the family has been involved with the National Czech & Slovak Museum & Library, as well as Czech heritage events.

George and Janelle McClain’s son, Quinton, moved back to Cedar Rapids in 2011 after college in Colorado, traveling to and working in Buenos Aires, and spending time working in pubs and breweries. He learned the art of brewing in Amana at Millstream Brewing Co. and at the Fort Collins Brewery, as well as a course in Chicago.

They searched for a building to open a new brewery, settling on 59 16th Ave. SW, which was originally Fritz’s Food Market, built in 1938. The McClains restored the glazed brick, raised the ceiling to its original height, and opened windows that had been boarded up for more than 50 years.

Read more about Lion Bridge Brewing and learn about other Czech events in Iowa. 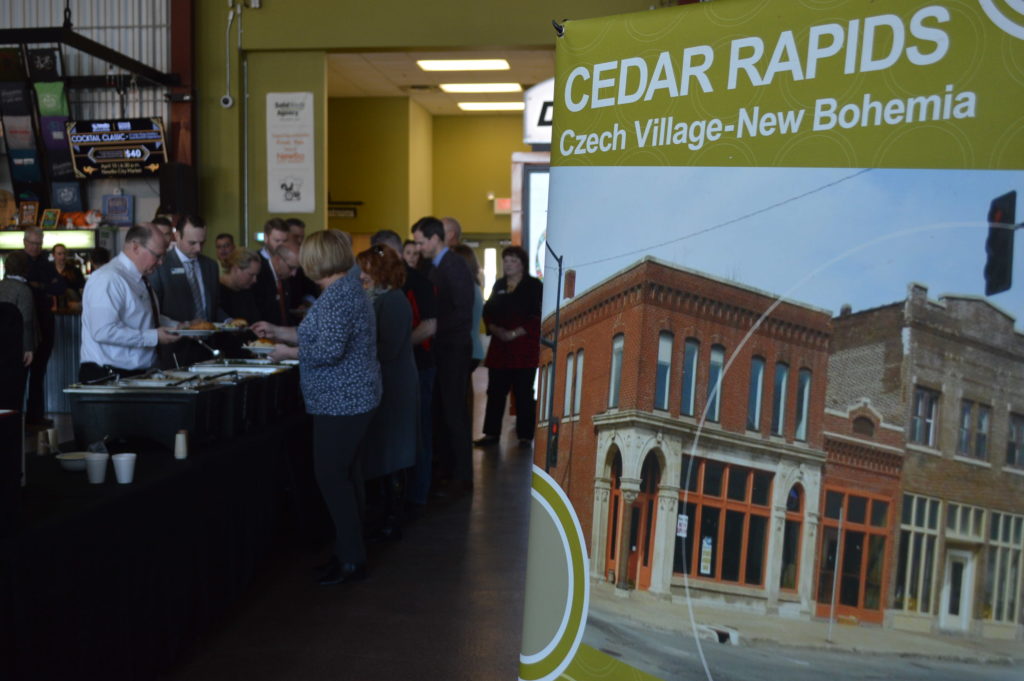 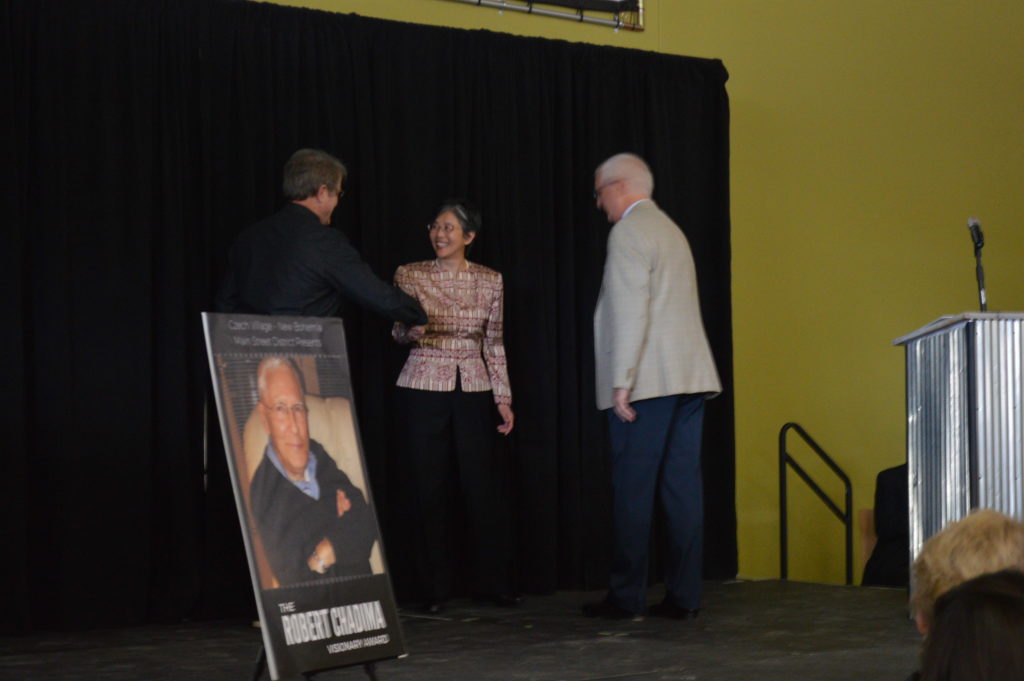 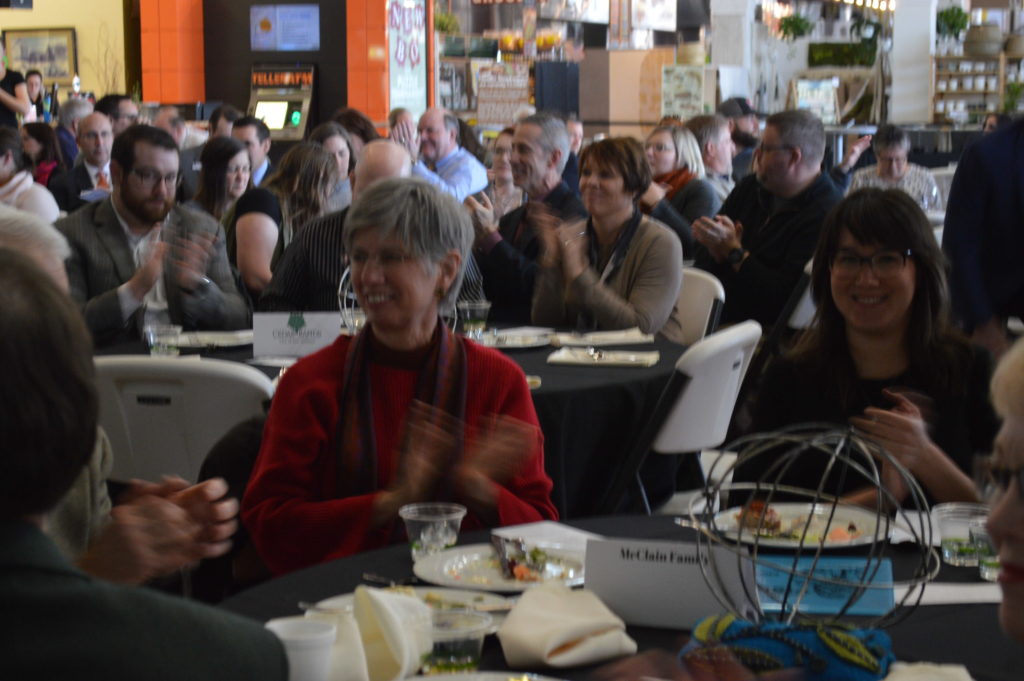