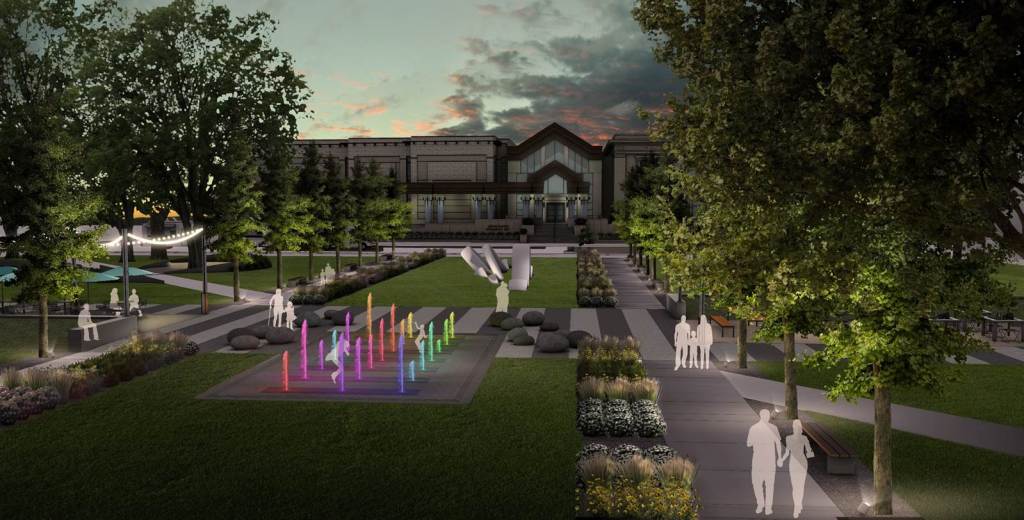 The Cedar Rapids City Council approved the Greene Square revitalization design plan at its meeting Nov. 4, 2014. Renovations to the downtown park will likely begin in the spring. (OPN Architects)

Work will likely begin next spring on the $1.95 million project, to be paid for through a private and public partnership that includes a $650,000 commitment from the city.

Bradd Brown, principal at OPN Architects, which developed the plan, told the council that the city arborist and Trees Forever staff were among the experts consulted about the forthcoming changes.

“We didn’t want the design to cause any trees to be removed,” Brown said, adding that a stretch of trees would be planted looking from the Cedar Rapids Museum of Art to the public library that are “more rhythmic in line.” 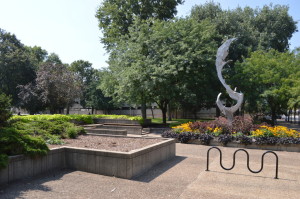 After the meeting, Brown and OPN Project Manager, Heather Lynxwiler, said that 28 ginkgos will be planted to form the two lines of trees.

While Trees Forever typically advocates for planting a diversity of trees – particularly in light of the threat of emerald ash borer and other pests that target one species – and larger shade trees, which are more beneficial for the environment, Brown and Lynxwiler said the group was on-board with the plan.

Trees Forever field coordinator, Dustin Hinrichs, said he and Shannon Ramsay, founding president and CEO of the Marion-based nonprofit, were able to convince the designers to use ginkgos, a slow-growing shade tree, in lieu of the smaller ornamental trees that had been planned.

They also advocated for saving a mature female ginkgo, which produces fruit, after original plans called for its removal, Hinrichs said.

“It’s not a perfect solution, but it’s an improvement over what they were going to install,” he said, referring to the monoculture plantings.

Lynxwiler said 15 trees in the park and five ash trees in the surrounding streetscape will be removed as part of the park renovations. The ash were selected due to the presence of emerald ash borer in Iowa, which is killing ash trees as it moves across the state, and the other trees have crown damage or are encroaching on “better species trees,” such as the century-old sycamores.

Although 20 trees are being removed, Lynxwiler noted that nearly 50 will be added.

The trees will likely be planted in fall 2015.

Other changes will begin as early as next spring, Brown said, which puts the park out of use during peak season next summer.

Perennial and annual flowers that could attract and support butterflies and other beneficial insects will be considered, Lynxwiler said.

Permeable pavement, which allows water to soak into the ground, was considered but will not be used, they said, citing the surrounding green space that is much larger than the added paving.

The design adds walkways that stretch from Third Avenue to Fourth Avenue SE, but retains the historical diagonal walkway, Brown said, adding that Cedar Rapids historian, Mark Stoffer Hunter, had noted the diagonal walk was in the park since its inception.

Greene Square is the city’s oldest park, dating back to the 1800s. Brown and Lynxwiler said the “Park” portion of the name will be removed in a nod to its historic beginnings as a square.

Besides the city’s funding, Linn County has pledged $250,000 for a world-class sculpture in the park. Other funding includes $550,000 from private donors and $250,000 from the Hall-Perrine Foundation. Lynxwiler said fund-raising is continuing.

See other images of the park’s design from OPN, below, and read the following related articles about the renovation plans: 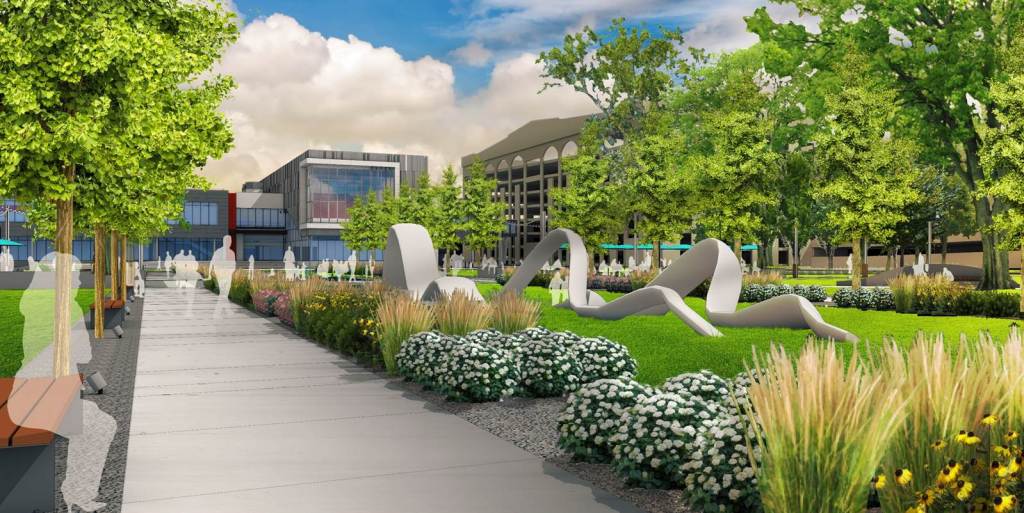 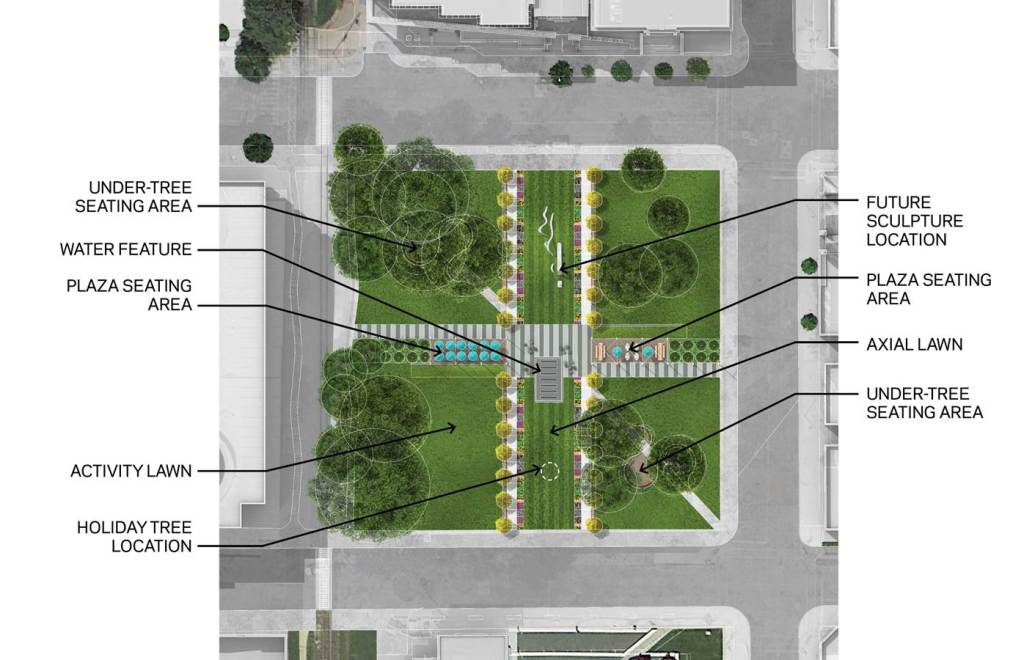 New seating will be added under existing shade trees and portions of the park will remain as open green space in downtown Cedar Rapids. (OPN Architects)