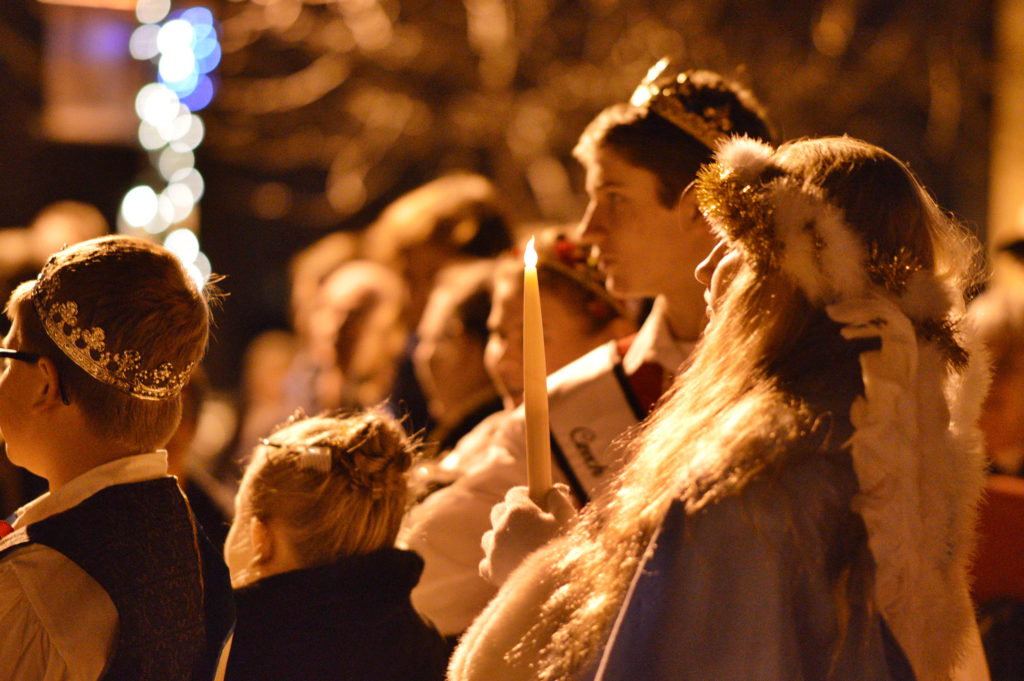 Members of the Czech Heritage Foundation’s Czech Royal Court participate in the lighting of the Christmas tree in Czech Village as part of the Svatý Mikuláš celebration in Cedar Rapids, Iowa. (photo/Cindy Hadish)

A holiday tradition, celebrated widely in its place of origin, returns to Czech Village in Cedar Rapids on Friday, Dec. 1.

The eve of Svatý Mikuláš, known as St. Nicholas in the United States, typically takes place on Dec. 5 in places that observe the Czech tradition, but has been held the first Friday in December in Czech Village in the years since it was first celebrated there. 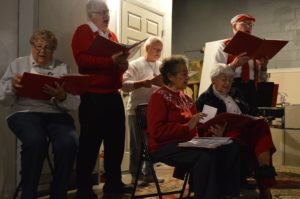 The Czech Heritage Singers perform during the Czech Village celebration of Svatý Mikuláš in the Artisan’s Sanctuary in Cedar Rapids, Iowa, in December 2016. (photo/Cindy Hadish)

Costumed performers dressed as Svatý Mikuláš, along with an anděl, the Czech word for angel, and čert, a devil, walk the streets to hand out candy to children who have been good or a rotten potato or piece of coal for those on the naughty list.

In Cedar Rapids, the tradition is moving this year to a room inside Aces & Eights Saloon, 62 16th Ave. SW, next to the Kosek Bandstand.

The trio will greet visitors beginning at 6:30 p.m. Friday, Dec. 1, 2017, with songs by the Czech Heritage Singers, followed by a presentation on Czech and Slovak holiday traditions, along with cocoa and cookies.

Svatý Mikuláš, the  anděl, and čert, with members of the Czech Heritage Foundation Czech Royal Court, will then lead a candlelight procession to the Kosek Bandstand, for the lighting of the official Czech Village Christmas tree.

Learn about other upcoming holiday events happening next weekend. 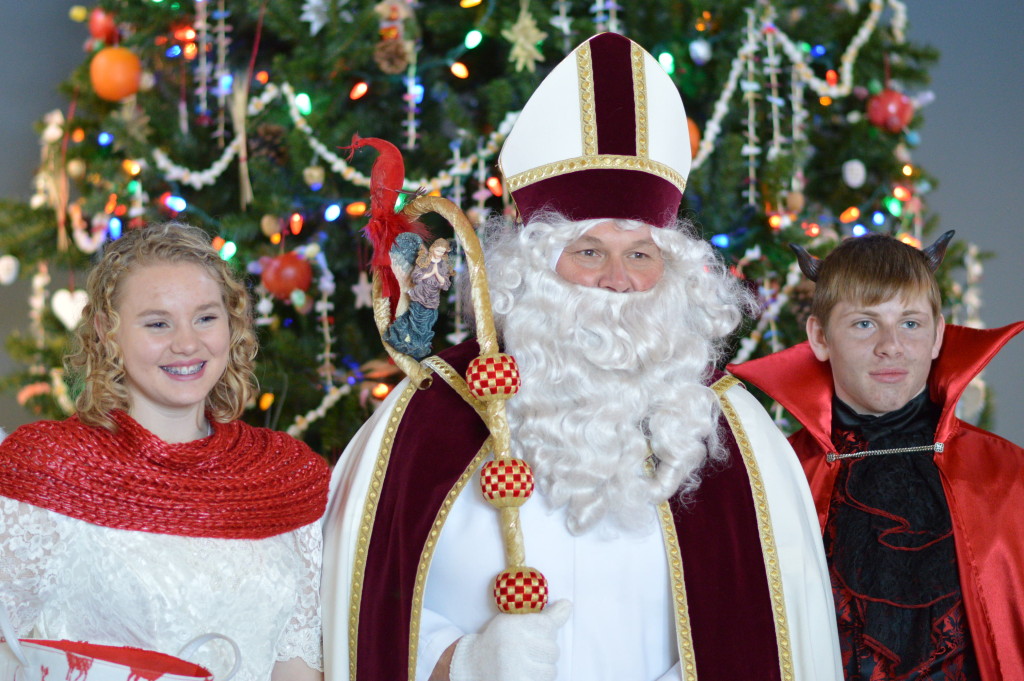 Svatý Mikuláš (center,) an anděl (angel) and čert (devil,) are shown in front of the tree at the National Czech & Slovak Museum & Library in Cedar Rapids, Iowa. (photo/Cindy Hadish)