Frosty phenomenon in Iowa: the difference between hoarfrost and rime ice 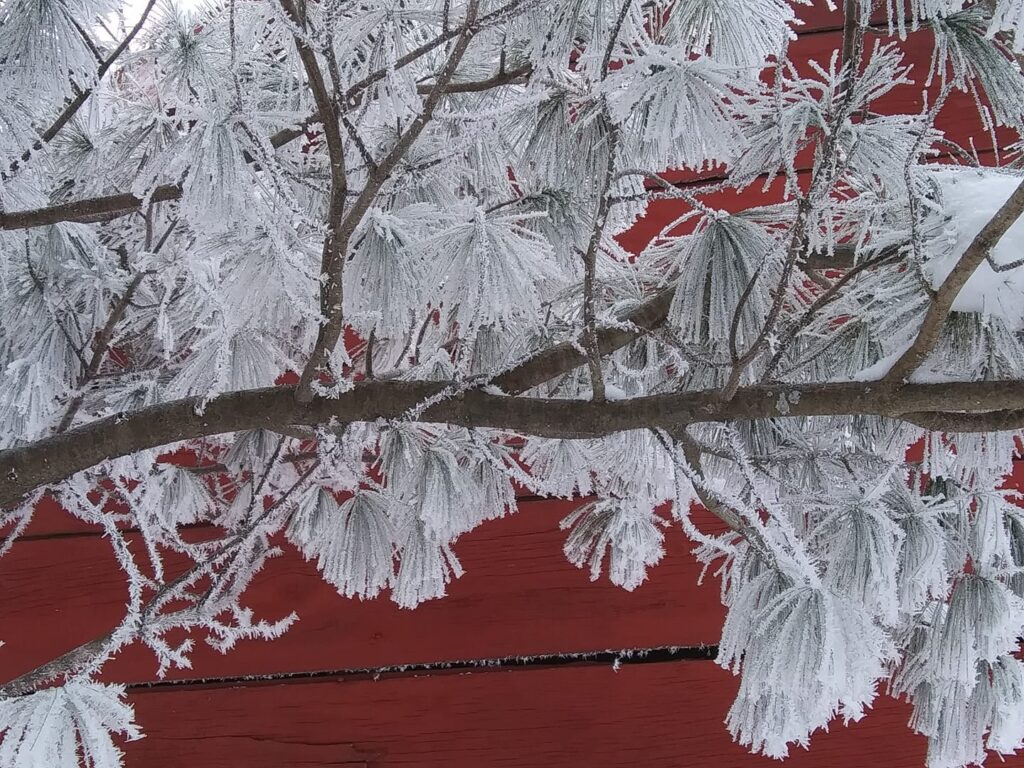 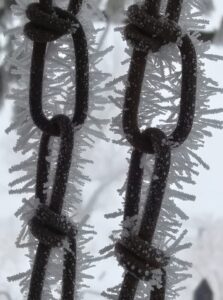 If you’ve ventured outdoors in Iowa in recent days, or have seen the picturesque photos of white-coated trees posted on social media, you might wonder what is behind that frosty phenomenon.

Terri Lang, a meteorologist with Environment and Climate Change Canada, notes that hoarfrost forms under cold, clear skies. Any moisture in the air goes from the gaseous state, meaning there is water vapor in the air, skips the liquid phase and goes right into solids.

“So it goes from a gas to a solid, it forms right onto the tree,” Lang said on CBC News. “There is no melting in between.”

Rime ice is when liquid droplets, from the fog, freeze on contact to trees and other objects. 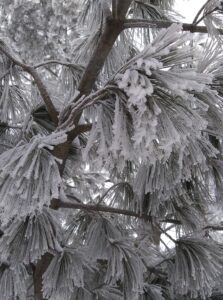 Rime ice is from freezing fog and is denser and harder. Hoarfrost is frozen dew and forms with no fog and is lighter and softer.

Rime Ice: An opaque coating of tiny, white, granular ice particles caused by the rapid freezing of supercooled water droplets on impact with an object.

Hoarfrost: A deposit of interlocking crystals formed by direct sublimation on objects, usually those of small diameter freely exposed to the air, such as tree branches, plants, wires, poles, etc.

The deposition of hoarfrost is similar to the process by which dew is formed, except that the temperature of the frosted object must be below freezing. It forms when air with a dew point below freezing is brought to saturation by cooling.

More: Take a look back at 2020 in photos and stories from Iowa