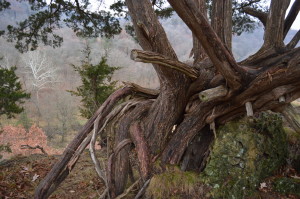 Laura Buzzelli never saw her final resting place before she died in 2009, but her husband knows she would have approved.

“She loved gardening. She recycled and composted, years before it was the norm,” Ken Buzzelli said. “It was part of our lifestyle; part of her fabric. I realized it was exactly right for her.”

His wife, who died from complications of lung cancer at age 50, was buried in a fabric shroud and cardboard box, which naturally decompose, in a nature preserve cemetery that blossoms with in-season prairie flowers.

“Seek me in a blade of grass… Laura 2009” reads the inscription on the simple stone marking her grave.

No one tracks how many natural burials like Laura Buzzelli’s happen annually in the United States, but the nonprofit Green Burial Council shows an increasing number of certified funeral providers and cemeteries that offer a minimal ecological impact.

Founder Joe Sehee said nearly 400 providers have been approved in 44 states and six Canadian provinces since the organization launched in 2005. According to the group, green burials are those that further environmental aims, such as protecting worker health, reducing carbon emissions, conserving natural resources and preserving habitat.

Sehee cites research that shows a growing number of Americans favor green burials, a figure set at more than 21 percent in an AARP study. “There’s pent-up demand,” he said, pointing to Baby Boomers who were behind Earth Day, recycling and other initiatives and are now looking for the same environmentally friendly options at the end of life.

Based on those studies, Sehee said more Americans would choose natural burials if options were available. In Illinois, six funeral homes are noted on the Green Burial Council’s approved provider list: three in the Chicago area; two in Decatur and one in Springfield. Only one funeral home is an approved provider in Iowa: Cedar Memorial in Cedar Rapids.

President and CEO John Linge said Cedar Memorial, founded in 1929 by his grandparents, Carl and Ruby Linge, has offered natural burial services for about six years.

“Our history has always been one of innovation,” Linge said. “We try to anticipate what our families will need.” While just a small number so far have chosen natural burials for their loved ones, Linge said having a staff trained in green burial procedures makes the option available.

“It’s less traditional,” he said, “but really it’s a return to an old method of disposition.” For example, bodies are not embalmed with formaldehyde-based fluids, but can use natural materials. Without embalming, the body must be viewed within 48 hours of death.

The Green Burial Council notes that formaldehyde is a proven health risk, with funeral directors showing a much higher incidence of myeloid leukemia. Formaldehyde-free embalming fluids approved by the group include one made entirely of non-toxic and biodegradable essential oils.

Caskets also must be made of non-toxic, biodegradable materials. The Green Burial Council provides a list of approved manufacturers on its website: www.greenburialcouncil.org. Cremation, which uses fewer resources than standard burials, but burns fossil fuels, also can be used in green burials.

One noted difference between standard and natural burials involves the use of a concrete vault. Vaults stabilize the ground, but their manufacture and transportation use an enormous amount of energy.

Linge said to compensate for the higher maintenance required in natural burial sites – over time, the box will collapse, causing the ground to settle – a one-time maintenance fee is charged. Still, because a vault and costly casket are not used, natural burial plans at Cedar Memorial can be comparable or less than standard burials.

Buzzelli, who lived near Cleveland when his wife died, chose to have her buried at Foxfield Preserve in Wilmot, Ohio, after she read information online, shortly before her death. Foxfield was the first nature preserve cemetery in the U.S. operated by a conservation organization.

“She thought it fit perfectly with her philosophy in life,” Buzzelli said. “She wanted to carry that forward in death.”

Foxfield Preserve Steward Sara Brink said families who choose the cemetery cite a concern for the environment and a move away from the extravagance of standard funerals towards “something a little more simple and a little more natural.”

Often, they return after the burial to walk the trails, watch birds and otherwise enjoy the preserve. “This is a place full of life,” Brink said. “People are finding a real spiritual element here, and a lot of peace.”

Find statistics on how much conventional burial practices put in the ground each year at Radish Magazine.