Iowa moving back to dry mode 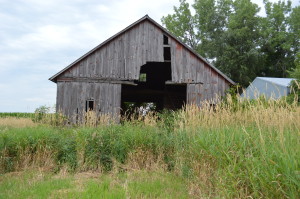 Warm, dry weather has allowed crops to develop, but many areas of Iowa are now in need of rain. (photo/Cindy Hadish)

After the over-abundance of precipitation earlier this season, I’m amazed that my rain barrel is already running dry.

I’m told Ames received a good drenching of rain on Sunday and I had hoped it would make its way to Cedar Rapids. Didn’t happen. Now, I’m keeping my fingers crossed, along with other gardeners, that those 20 percent chances of rain that are forecast periodically this week will result in something for Eastern Iowa.

Here is more on the recent dry spate from  the Iowa Department of Agriculture and Land Stewardship:

Iowa Secretary of Agriculture Bill Northey today commented on the Iowa Crops and Weather report released by the USDA National Agricultural Statistical Service.  The report is released weekly from April through October.
“The warm dry weather has allowed crops to continue to develop, but many areas of the state are now starting to need some rain,” Northey said.  “Some areas of the state did receive some precipitation yesterday and there are additional chances later this week.  Hopefully crops will continue to receive timely rains throughout the growing season.”

Crops were beginning to need rain as dry weather continued the week ending July 21, 2013, according to the USDA, National Agricultural Statistics Service. It was the third week in a row with below average precipitation, which has caused soil moisture conditions to decline, and has led to crops needing additional moisture. Statewide there was an average of 6.7 days suitable for fieldwork.

It was a very warm and dry week across Iowa. The hottest weather was from Tuesday (16th) through Friday (19th) with temperatures dropping to near normal over the weekend (20th-21st). Daytime highs were in the 80’s on Sunday (14th), near 90 on Monday (15th) and in the low to mid 90’s in most areas from Tuesday (16th) through Thursday (18th). A cool front kept highs in the mid 80’s over the northwest on Friday but the south and east warmed into the mid to upper 90’s. Highs over the weekend were back in the 80’s. Temperature extremes for the week ranged from a Friday afternoon high of 98 degrees at Keokuk to Saturday morning lows of 53 degrees at Battle Creek and Sheldon. Temperatures for the week as a whole averaged 4.8 degrees above normal as Iowa experienced its hottest week since late July 2012. There were a few isolated showers over far northwest Iowa on Sunday (14th) morning and over the southeast on Monday (15th) morning. A few isolated showers also popped up over north central and south central areas on Wednesday (17th) while Tuesday and Thursday were dry statewide. Friday (18th) brought some morning showers over the northern one-third of the state while there were a few isolated thunderstorms over the south one-half Friday afternoon. Light rain fell over far northwest Iowa on Saturday (20th) morning with some isolated thunderstorms over the far northeast on Saturday afternoon. Some locally heavy rain fell over south central Iowa on Sunday (21st) but will be included in next week’s report. Weekly rain totals varied from none over much of the state to a maximum reported total of 0.86 inches south of Elkader. The statewide average precipitation was only 0.06 inches while normal for the week is 1.01 inches.