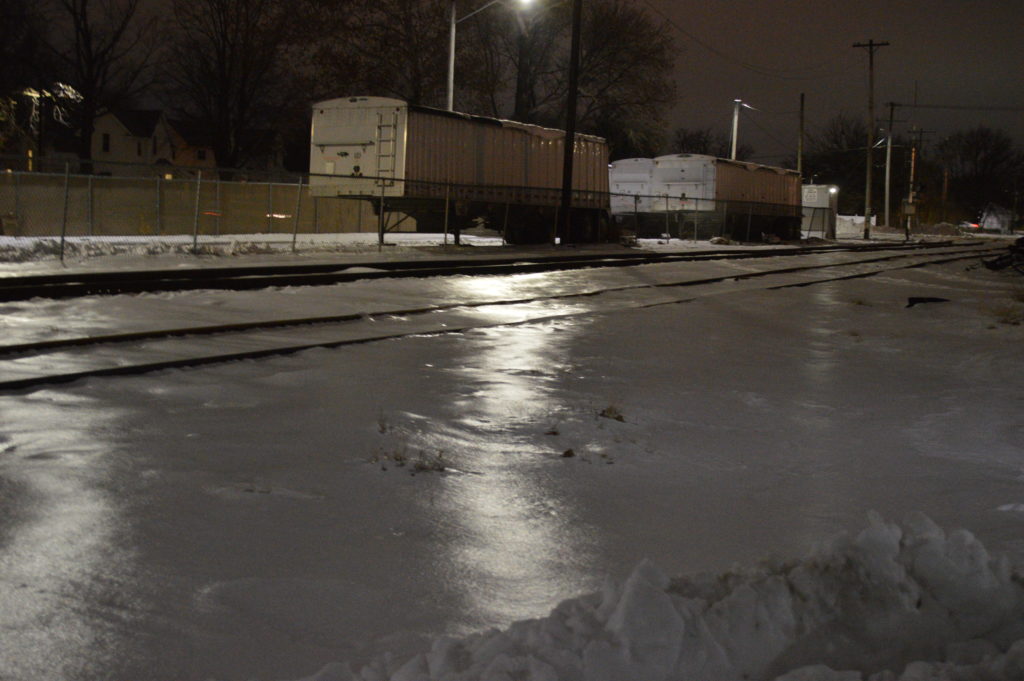 A wind chill warning has been issued for Iowa through Thursday, Jan. 31, 2019. (photo/Cindy Hadish)

The National Weather Service has issued a wind chill warning for Wednesday, Jan. 30, through Thursday, Jan. 31, 2019, for Iowa and other Midwestern states.

Near historic cold and life-threatening wind chills are expected over the entire area through Thursday morning, the Weather Service reported.

“The coldest temperatures since 1996 combined with wind are expected to push wind chills into the range of 30 below to 60 below zero,” according to the report. “In addition to the dangerous cold, areas of blowing snow will create hazardous travel in open and rural areas through early this morning. This could create a life threatening situation if your vehicle becomes disabled.”

The U.S. Postal Service, in another rare move, is suspending mail delivery today in Iowa and other Midwestern states, as temperatures dip to life-threatening levels.

According to the Weather Service, the dangerously cold wind chills could
cause frostbite on exposed skin in as little as 5 minutes.

Life threatening wind chills of 40 below to near 60 below zero are forecast through early Thursday morning, with the warning set to expire at 10 a.m. that day.

A wind chill warning means the combination of very cold air and the wind will create dangerously low wind chill values. Frostbite can occur quickly and even hypothermia or death if precautions are not taken, the Weather Service reported.

The Weather Service advised to watch for signs of frostbite, including the loss of feeling and white or pale appearance in extremities such as fingers, toes, ear lobes, and the tip of the nose. If symptoms are detected, get medical help immediately.

A polar vortex is a large area of low pressure and cold air surrounding the north and south poles, according to the National Oceanic and Atmospheric Administration.

“It always exists near the poles, but weakens in summer and strengthens in winter,” the NOAA noted. “The term ‘vortex’ refers to the counter-clockwise flow of air that helps keep the colder air near the Poles. Many times during winter in the northern hemisphere, the polar vortex will expand, sending cold air southward with the jet stream. This occurs fairly regularly during wintertime and is often associated with large outbreaks of Arctic air in the United States. The one that occurred January 2014 is similar to many other cold outbreaks that have occurred in the past, including several notable colder outbreaks in 1977, 1982, 1985 and 1989.”

Temperatures are expected to rise by Friday, with rain even possible this weekend.