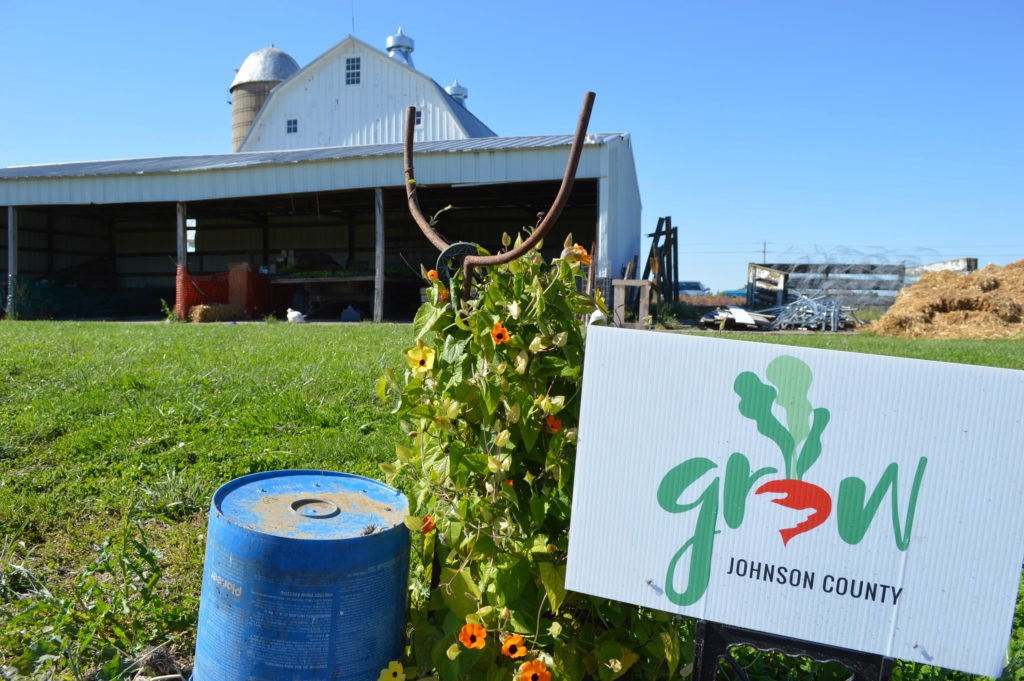 IOWA CITY – Children of different backgrounds play together in farm fields as their parents share water, tools and advice while gardening at the Johnson County Poor Farm.

The Iowa Valley Global Food Project is one of the ways the community is taking the Poor Farm back to its roots as a sustainable agricultural community, but this time, with a twist.

Established in 1855 to create a centralized agricultural community to care for the poor, physically disabled, or chronically mentally ill, several of the farm’s 160 acres are now leased to two programs dedicated to fighting hunger, with a master plan underway to look at the Poor Farm’s future.

The Iowa Valley Global Food Project leases nearly 4 acres – for $1 annually – to provide garden plots for anyone interested, says Ayman Sharif, founder of the project. Many of those gardeners are immigrants, coming from Egypt, Mexico, Honduras, Morocco, Sudan and elsewhere. 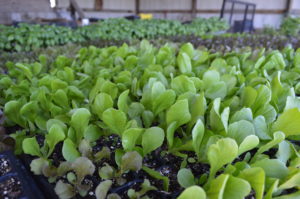 Lettuce and other seedlings are ready to plant earlier this season at the Johnson County Poor Farm on the western edge of Iowa City. (photo/Cindy Hadish)

“They speak different languages, but you find people are able to create ways to communicate and share resources,” says Sharif, a University of Iowa student originally from Sudan. “We see love; we see families coming in with their kids and connecting with each other.”

This is the first growing season for the project, while another program, Grow: Johnson County, is in its second year of production at the Poor Farm.

Last year, Grow: Johnson County grew and donated 12,000 pounds of fruits and vegetables to local food pantries and other hunger-relief agencies, with the help of Table to Table, a Johnson County food rescue organization.

Project Director John Boller, who also serves as executive director of the Coralville Community Food Pantry, said this year’s goal is to grow at least 20,000 pounds of fruits and vegetables to donate.

Boller points to studies that show Johnson County has nearly 19,000 residents who are “food-insecure,” because they lack adequate access to food.

The goal of Grow: Johnson County is to make sure area social service agencies can stock their shelves and coolers with high-quality fresh fruits and vegetables, so that people in need can access those foods to sustain and nourish them, he says. 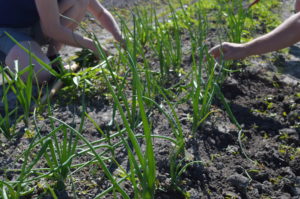 Still, the support of volunteers has been uplifting, says Production Manager Jason Grimm, who also works for the Iowa Valley Resource Conservation & Development.

Last year, about 130 people volunteered their time with Grow: Johnson County, including members of church groups and University of Iowa students.

Tyler Walker of Iowa City, who graduated with a horticulture degree and works in maintaining athletic fields and other sites, said he volunteered to gain a wider range of skills.

The Johnson County Board of Supervisors, which has jurisdiction over the county-owned Poor Farm and Asylum, has been examining the future of the site, with the help of a new master plan.

HBK Engineering is completing the plan, along with project partners Iowa Valley RC&D and architects John F. Shaw and Douglas Steinmetz. HBK Engineering conducted a spatial analysis of the site, worked with historians and architects to understand the history, created a 3-dimensional scanned image of each of the historic buildings, facilitated focus groups and hosted a public input session.

Understanding the history is important to the future of the site, which is on the National Register of Historic Places, says Vanessa Fixmer-Oraiz of HBK Engineering. 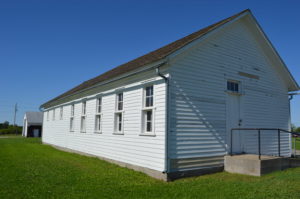 The asylum is one of several historic buildings still standing at the Johnson County Poor Farm in Iowa, a rarity in the state. (photo/Cindy Hadish)

“The history is really one of the key things that has driven the vision for the Poor Farm and how that can be drawn into the present,” she says, adding that while times have changed, intentions to use the farm to improve health continue. “At the time, it was very cutting edge to have individuals live and work on a farm, rather than having them live in institutions.”

Jessica Rilling, executive director of the Iowa Valley RC&D, says the goal of the master plan’s first phase was to pull together elements of past reports and research and provide recommendations for the future.

Some of those suggestions include trails, reconstructed prairie, and even raising cattle and sheep, something the Poor Farm included during the course of its operation, which ended in the 1970s. The land has been leased for conventional farming since that time.

Expanding the charitable food production at the site is one of the most popular concepts, Rilling says.

“The timing of all this has been really serendipitous,” she says of the work of the two groups at the same time the master plan gets underway.

Knowing that people in need are eating healthier makes it all worthwhile for Scott Koepke, who serves as education director for Grow: Johnson County. His energy for gardening is palpable as Koepke makes his way around the fields at the Poor Farm.

“This is a huge labor of love that’s really helping feed people who can’t afford this stuff,” says Koepke, who also coordinates gardening programs at both the Iowa Medical and Classification Center, a correctional facility at Oakdale, as well as the Linn County Juvenile Detention Center.

Koepke is excited to share his gardening knowledge with students and volunteers, and in turn, share the fresh produce with those in need.

“We just picked tomatoes and literally, an hour later, people were eating them,” he said of the donation process. “That’s really cool to see.”

Find future volunteer dates and how you can help at www.growjohnsoncounty.org and www.iowavalleyglobalfood.org 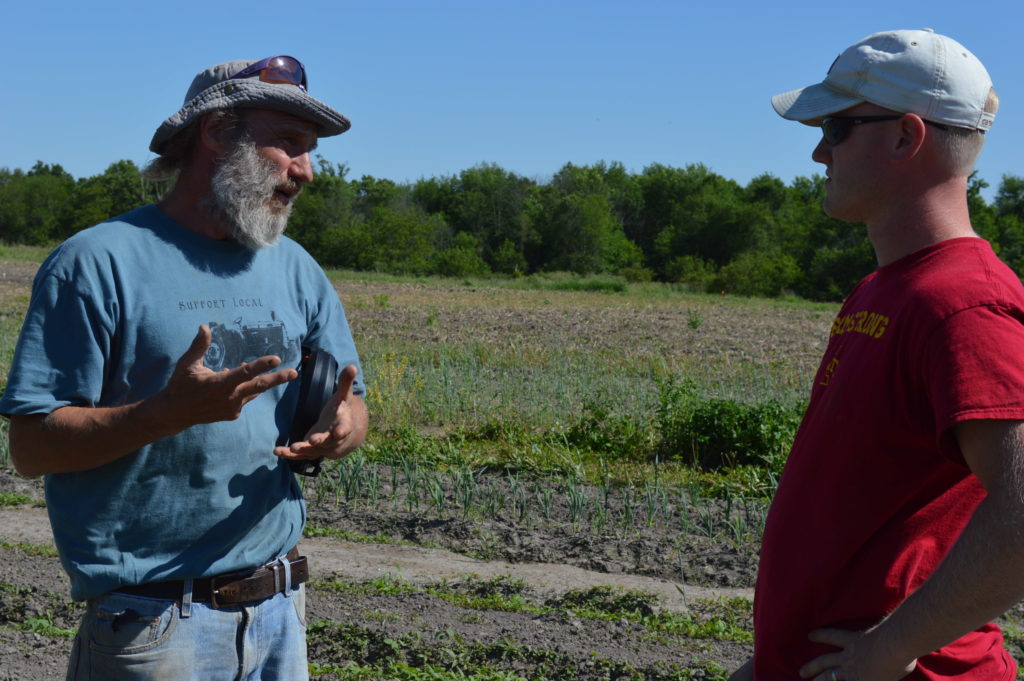