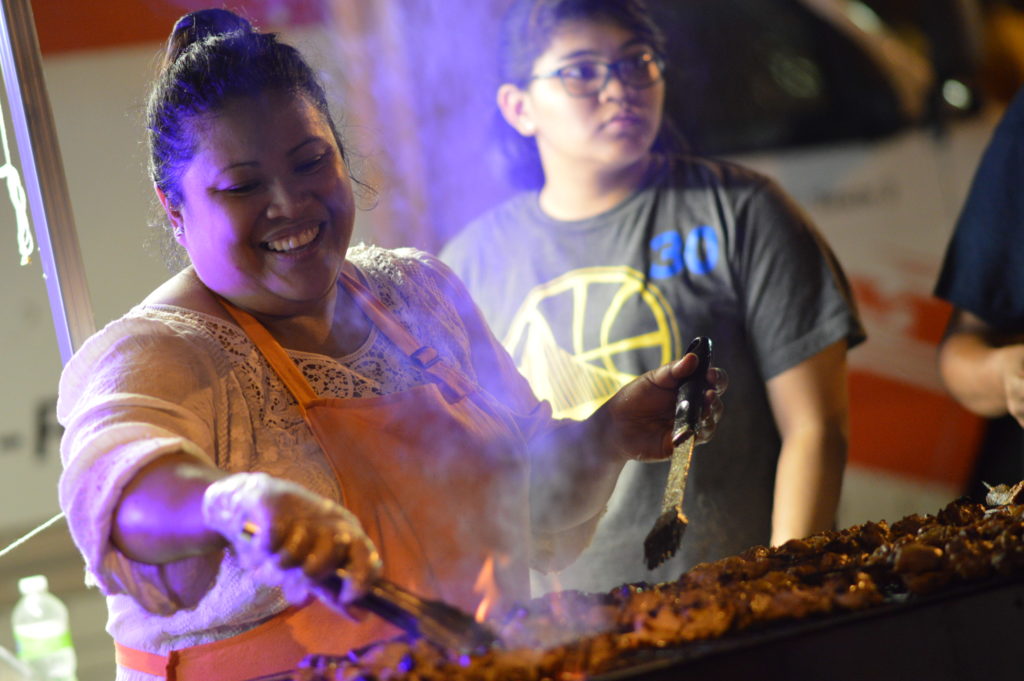 Food is grilled at the Culata International Cuisine stand Aug. 27, 2016, at Market After Dark. (photo/Cindy Hadish)

CEDAR RAPIDS – Warning: Market After Dark is not for everyone.

Attracting an average of 30,000 attendees in its first two years, the nighttime event more than doubles the 14,000 average number of patrons during the daytime Downtown Farmers Markets in Cedar Rapids.

But changes made after its inaugural year helped make the venue less congested, with a larger footprint in downtown Cedar Rapids. Plus, the event is hugely popular for a reason. 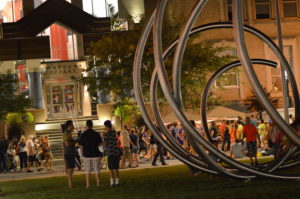 A crowd gathers in Greene Square Park and beyond during Market After Dark on Aug. 27, 2016. (photo/Cindy Hadish)

Adult beverages are another draw for many market-goers, with beer stations selling cold brews and more. Area restaurants and bars participate in Market After Dark, as well, with beer, wine, and non-alcoholic beverages served from 10 downtown businesses allowed in the market venue.

If fresh veggies are your thing, you can find those at Market After Dark, but don’t expect quite as many produce vendors as the regular Downtown Farmers Markets offers. This year, nearly 100 vendors will participate in the nighttime market, about half the number at the twice-monthly summer markets, and many of those night vendors sell jewelry and other artisan crafts.

Face-painting and games in Greene Square Park are among the family-friendly activities at Market After Dark, but as the night progresses, the market seems geared more toward adults, so parents should take that into consideration when deciding whether or not to bring young children.

Dogs, which are often brought to the Downtown Farmers Markets, are not allowed at Market After Dark this year, except for service animals.

View photos from last year’s Market After Dark and see the map to the 2017 market and more information from the Cedar Rapids Metro Economic Alliance.

Find dates, times and other details on more than 50 farmers markets in Eastern Iowa on the Homegrown Farmers Market list. 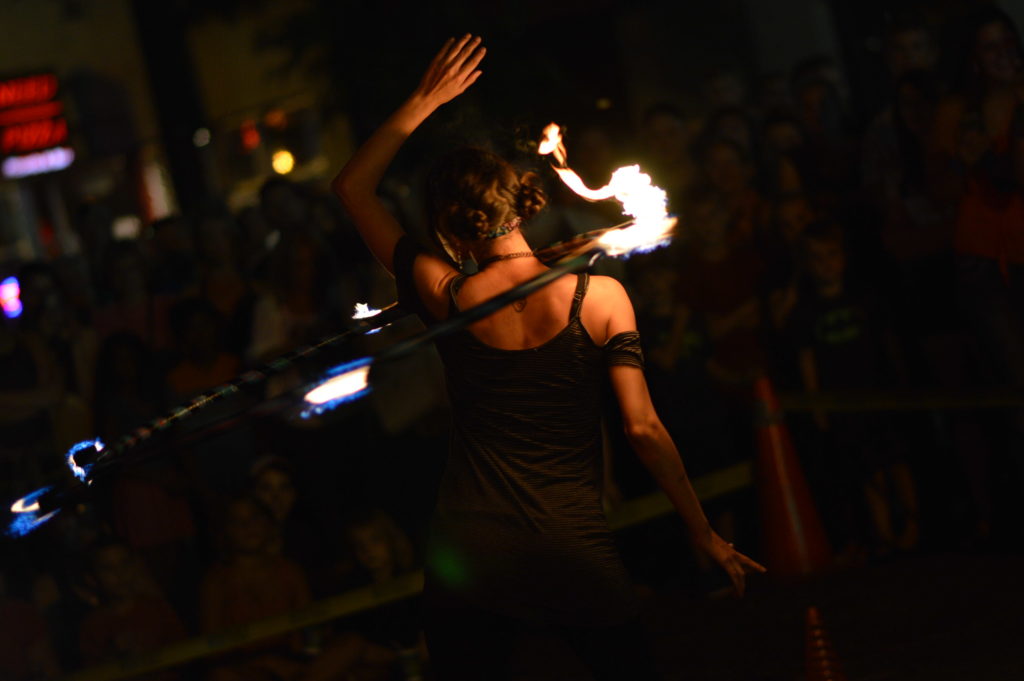 A performer spins a hula hoop lit by fire during Market After Dark in downtown Cedar Rapids. (photo/Cindy Hadish)