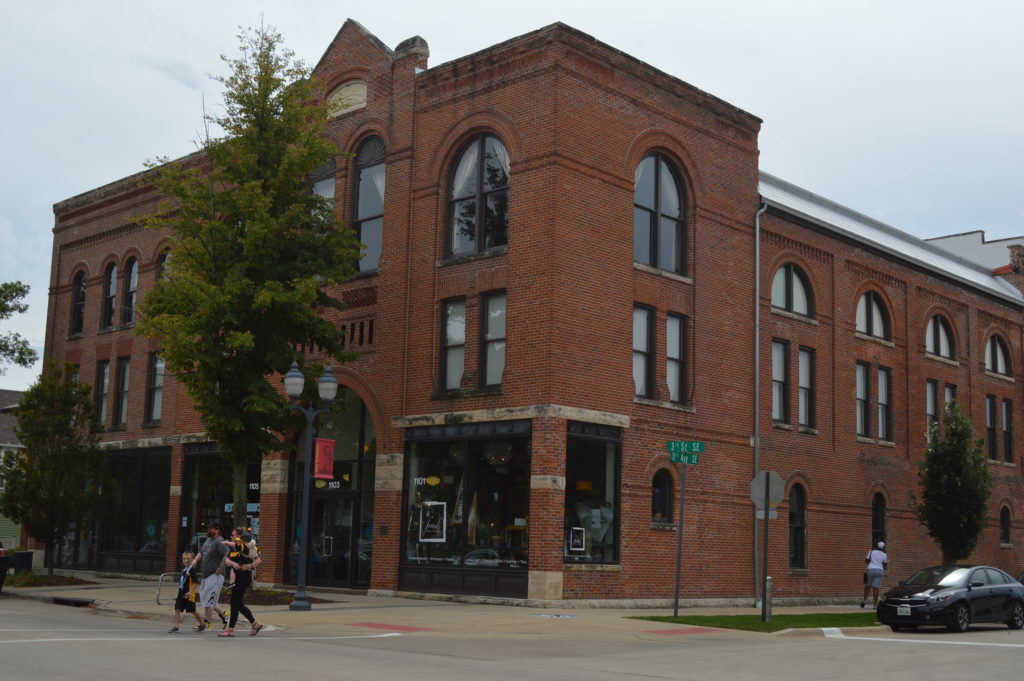 Herbert brought performance artists from across the globe to CSPS Hall in Cedar Rapids for nearly three decades.

The hall for the Česko-Slovenský Podporující Spolek, or Czech-Slovak Protective Society, was built in 1891 at Third Street and 11th Avenue SE, in an area now referred to as New Bohemia in Cedar Rapids. In its early days, the site was used for wedding receptions and other social events by Bohemian immigrants who populated the area.

Inundated by floodwaters in 2008, the historic building, most recently used for art exhibits and live music performances, was restored under efforts by Herbert and his partner, Mel Andringa, which in turn, helped spur renewal of the entire neighborhood.

CSPS Hall is on the National Register of Historic Places.

Herbert said the nonprofit board remains in place, “and it’s my understanding they plan to continue to existing mission.”

He sent the following email announcing his resignation as of Sept. 29:

With apologies for the group mail, I’m writing to share that after 28 years at CSPS Hall, I’ve decided to move on. 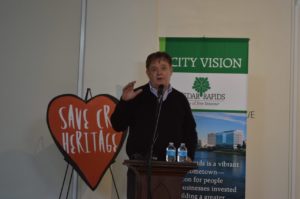 F. John Herbert speaks at a press conference hosted by Save CR Heritage and the city of Cedar Rapids in 2017 at CSPS Hall. (photo/Cindy Hadish)

While I never expected to be here that long, it’s been easy to stay. It’s been my good fortune, daily, to work with brilliant artists from across America and around the globe … with generous, risk-taking audiences … trusting, helpful agents, and supportive peers …. and, of course, a host of outstanding staff members and volunteers.

If those elements had done nothing but produce inspiring, art-filled days and transcendent nights, I’d be grateful.

That they also managed to renovate a landmark building, turning it into a 21st-century arts center, and in the process kick-starting an entire neighborhood, continues to amaze me.

Yet, as we all know, opportunities are always accompanied by challenges, and recently the challenges have been significant. As the organization looks to identify new leadership, and renew its mission for a new era, it’s a suitable time for me to seek new opportunities. September 29 was my last day.

And then? I’ll be in and out of the area as I make plans. After a pause, I expect I’ll be eager to deploy my curatorial and editorial skills again. (Those are hard habits to break, I’ve found.)

My partner Mel Andringa ― who has largely, and happily, returned to spending his days as a working artist ― and I are hoping to retain the creative designation Legion Arts, along with those email addresses.

As I move on, the friendships I’ve made over three decades will continue to sustain me, so please do keep in touch.