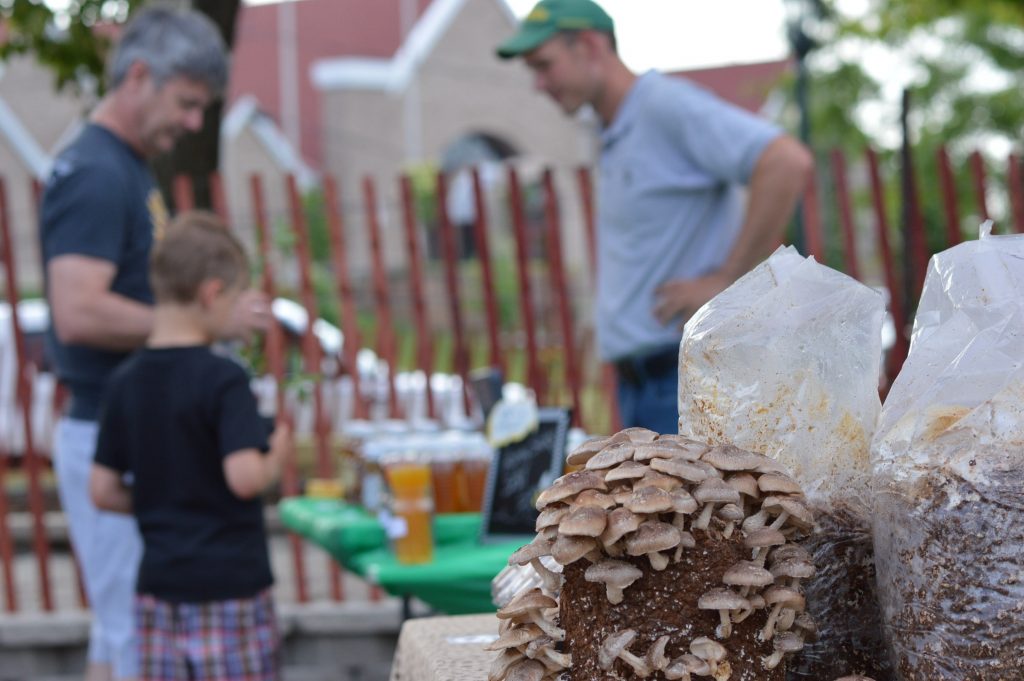 Mushroom grow kits were among the items sold during the debut of the Lion Bridge Farmers Market on Thursday, June 9, 2016, in Czech Village in Cedar Rapids, Iowa. (photo/Cindy Hadish)

(Updated May 31, 2017, with information about the Czech Village Farmers Market.)

The first market will be at the parking lot of Lion Bridge, 59 16th Ave. SW, this Thursday, June 1, from 5-8 p.m., with more than double the vendors, plus a bouncy house and face painting for children and live music by Winterland.

Also this week, the large-scale Downtown Farmers Market in Cedar Rapids kicks off for the season on Saturday, June 3, from 7:30 a.m. to noon.

The downtown market, produced by the Cedar Rapids Metro Economic Alliance, has become one of the largest open-air markets in the Midwest. The event averages 14,000 customers per market, with nearly 200 local Iowa vendors featuring products such as fresh produce and flowers to meats and artisan gifts.

See the map of the market – between Second and Fourth Avenue and Second and Fifth Street SE – and more market information: Downtown Farmers Market.

Czech Village had planned to once again hold a separate farmers market to operate on weekends opposite the Downtown Farmers Market, but decided to cancel the markets this season, said Jennifer Stewart, president of the Czech Village Association.

With the growing season underway, the farmers market season is in full swing. Find information on more than 50 Eastern Iowa farmers markets on the Homegrown market list. 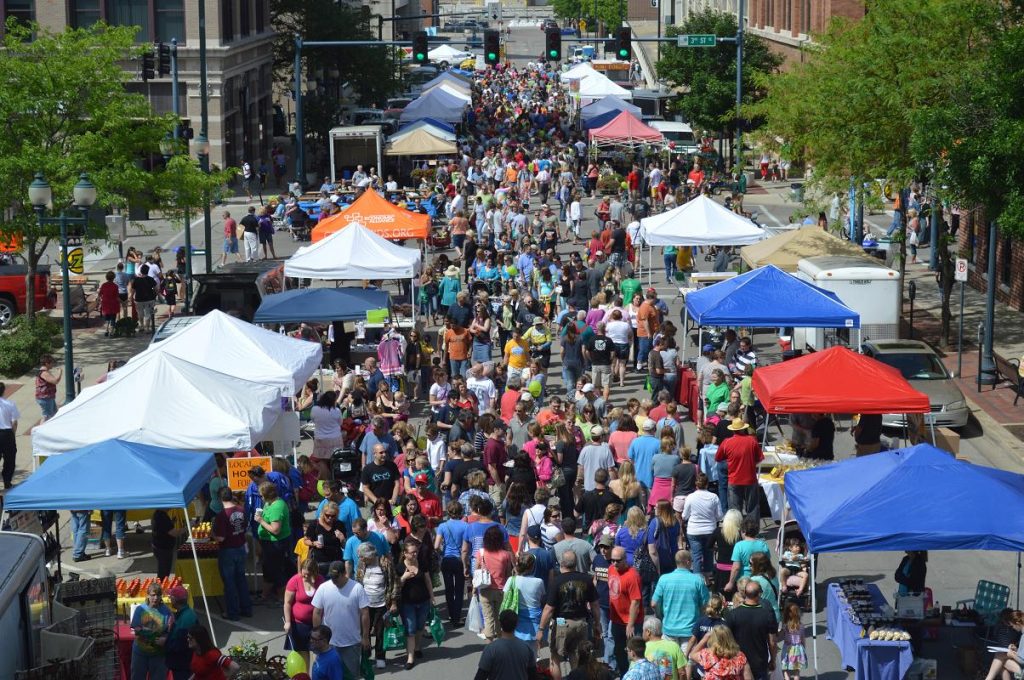 The Downtown Farmers Market in Cedar Rapids, Iowa, attracts an average of 14,000 customers to each market. (photo/Cindy Hadish)