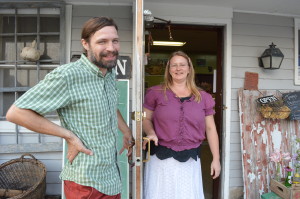 What some perceive as the latest craze — from their tattooed wedding bands to the hearty kale they grow — the Bodenbenders embrace as their way of life. That goes for the local foods emphasis at their store, Henry’s Village Market, too.

Handwritten signs note that all produce sold at the store in Homestead, one of Iowa’s Amana Colonies, is locally grown in backyards and family-owned market gardens. 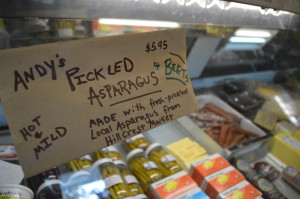 “So many of our friends specialize in certain products,” says Andy. “So we’re supporting our neighbors and other producers who live 20 miles down the road. It’s fun to know where your food’s coming from and it’s a positive thing for the growers, too.”

Organic pearled barley, in-season tomatoes and plums, chemical-free grains milled on an Iowa family farm, and much more finds its way to the wooden shelves of the traditional corner grocery in Homestead, a town of just 150 or so residents about 20 miles northwest of Iowa City.

The Bodenbenders focus on items they like to grow and eat, as well as sell.

“If we enjoy growing it, it doesn’t feel like a job,” says Andy, 38, who was active in theater before “retiring” to start Henry’s Village Market with Lalanya in 2006. “We want to enjoy our lives and our store as much as the people who come in.”

The couple patterned the market after Katy’s Grocery in Moline, a store founded in 1932 by Andy’s grandparents, Henry and Katy Bodenbender, which remains in business. 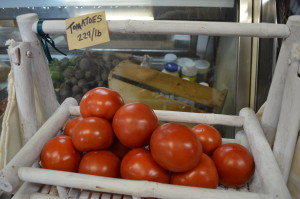 In addition to their own market, the Bodenbenders also manage the Homestead Farmers’ Market, which operates from 4-7 p.m. Fridays during late May to September in the Henry’s Village Market parking lot. Market nights resemble a neighborhood block party, with grilled food, live music and picnic tables where customers can sit, eat and chat.

Trust is another small-town hallmark that Henry’s continues. The store does not accept credit cards, so customers who come in without cash can keep a running tab.

Even tourists are trusted to pay later if they can’t at the time, sent on their way with Henry’s address to make the payment when they return home.

“It’s a story they can tell their kids,” Andy says. “When people come in, we trust them. It’s something that doesn’t exist anymore. We enjoy living our life on our own terms.” 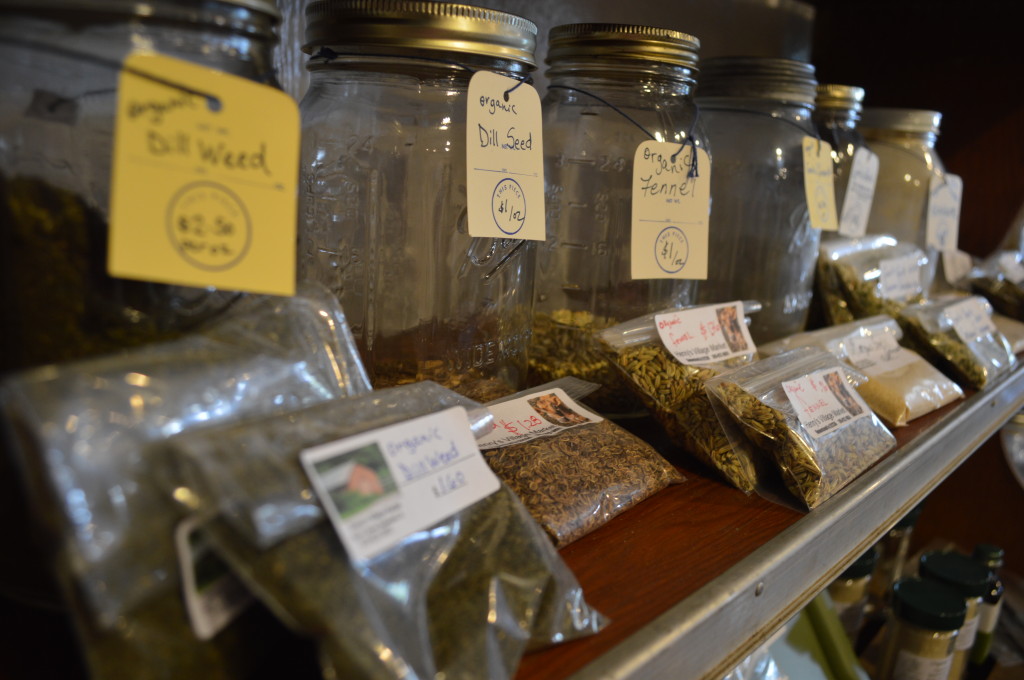 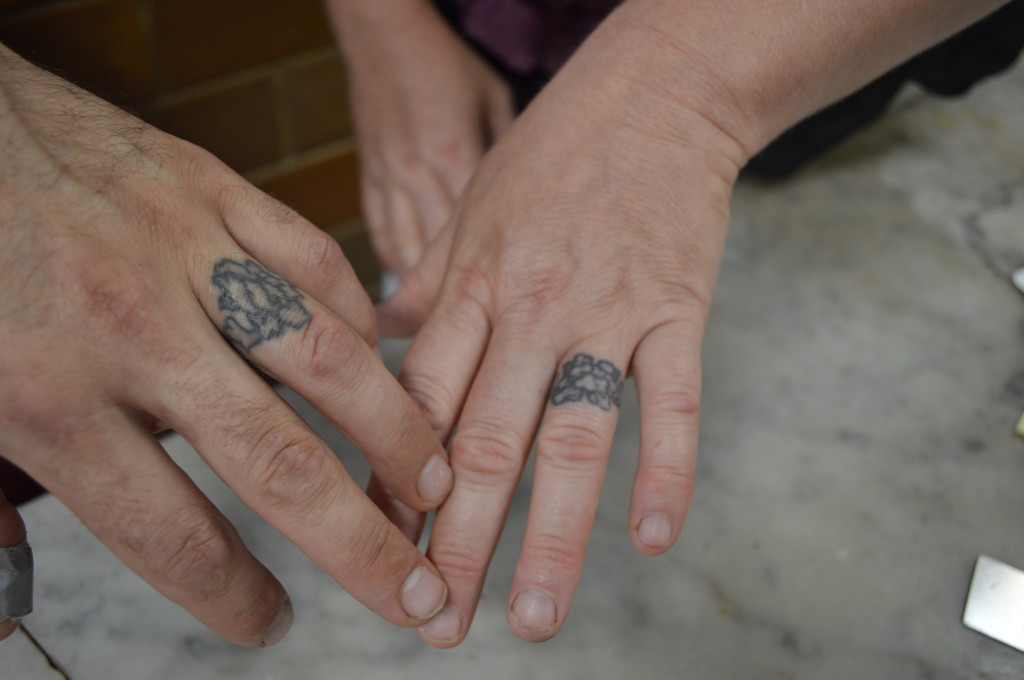 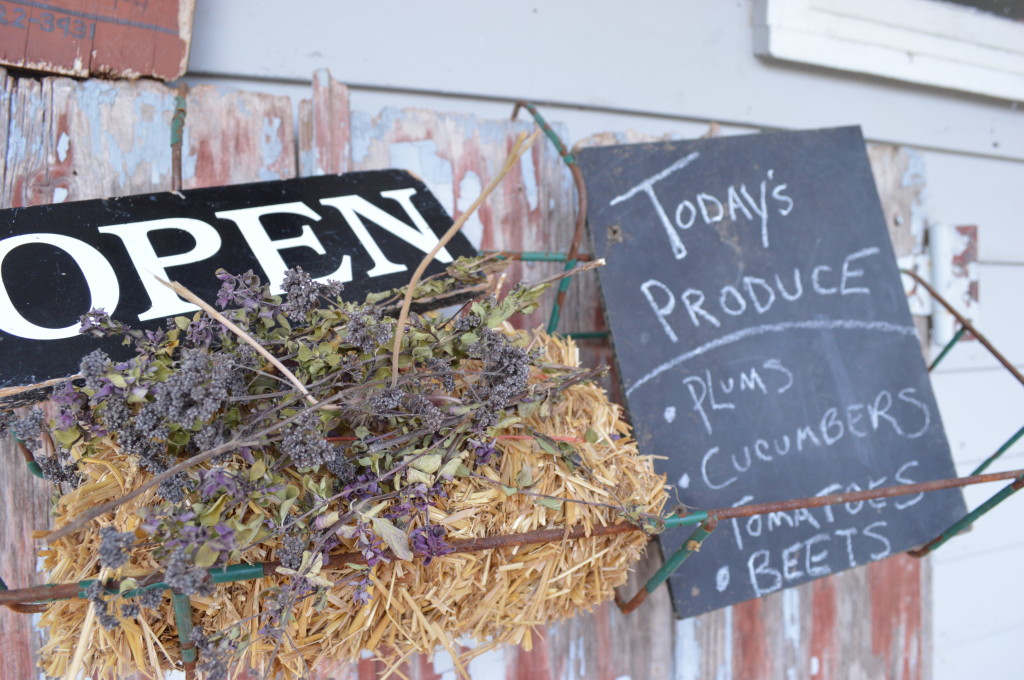 Locally grown plums and other fresh produce is offered for sale at Henry’s Village Market in August 2013. (photo/Cindy Hadish) 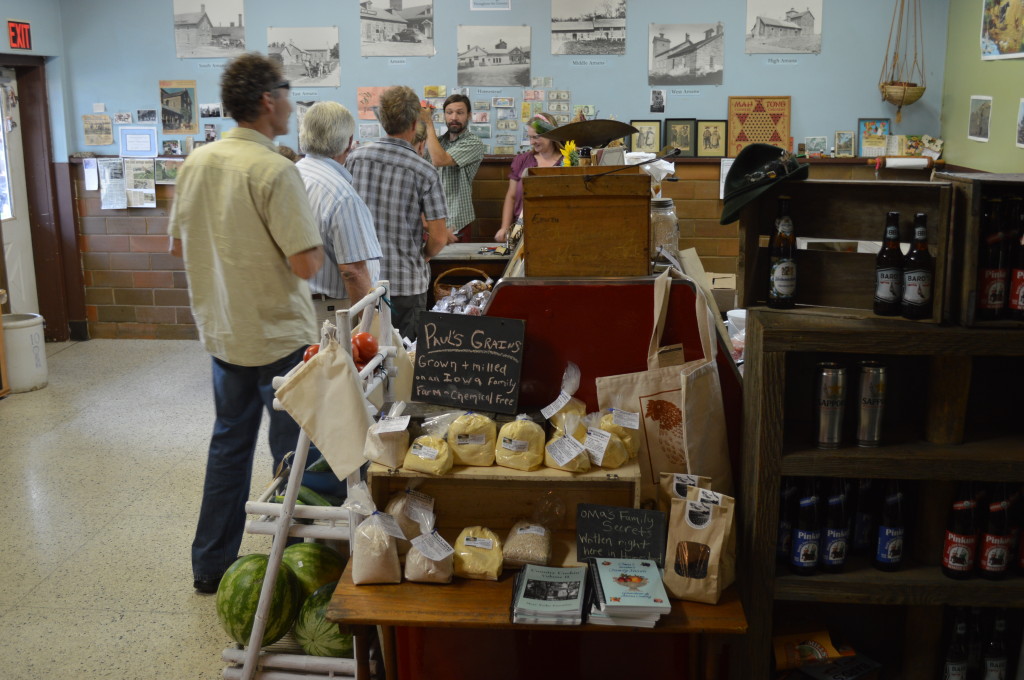 Customers line up to make their purchases inside Henry’s Village Market in Homestead, Iowa. An outdoor farmers market also operates at the site during summer months. (photo/Cindy Hadish)