March against Monsanto in the Heartland 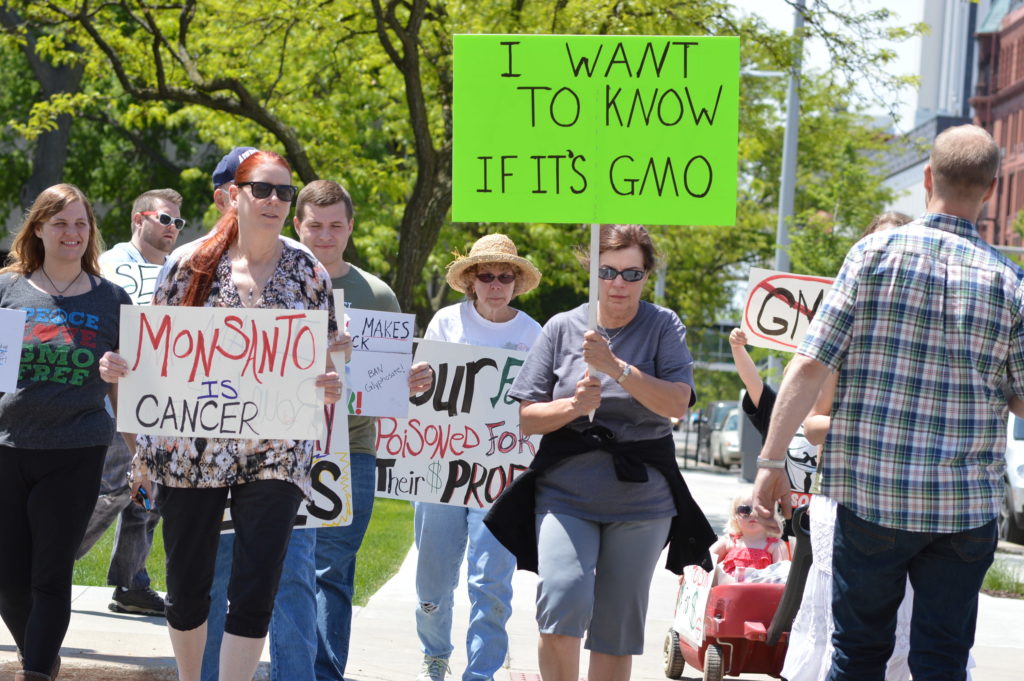 Activists begin a March Against Monsanto in downtown Cedar Rapids on Saturday, May 21, 2016. (photo/Cindy Hadish)

Cedar Rapids-area residents joined in global efforts Saturday, May 21, 2016, during the March Against Monsanto. 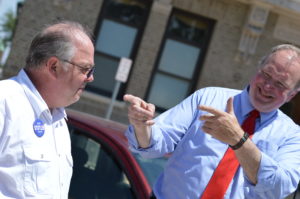 Democratic candidates Tom Fiegen, right, and Joe Stutler, were among the people joining in the Cedar Rapids March Against Monsanto. (photo/Cindy Hadish)

More than two dozen people were joined in the march by candidates Tom Fiegen, who is hoping to unseat Republican Senator Chuck Grassley in this fall’s election, and Joe Stutler, who is challenging Joel Miller for the Democratic Party’s nomination for the office of Linn County Auditor.

The march began in Greene Square Park, which was nearly empty despite having reopened the previous day after a two-year renovation, accompanied by picture-perfect weather. The group walked to the busier First Avenue, carrying signs and chanting their disapproval of genetically modified crops and the herbicides sprayed on them.

One protestor’s sign drew a connection between Agent Orange, used as a defoliant in the Vietnam War and later linked to cancer, and the chemical giant Monsanto’s RoundUp herbicide, used to kill weeds.

Others pointed out corporate interests in profiting from sales of the chemicals, despite repeated health concerns.

The march coincided with others Saturday in more than 38 countries and 428 cities. The grassroots effort notes that glyphosate, the cancer-linked herbicide used in the expansion of GMO crops, is already being banned around the world over safety concerns and that in the United States, glyphosate is consistently being discovered in everything from hospital feeding tubes and tampons to the breast milk of nursing mothers.

See images from last year’s March Against Monsanto in Cedar Rapids and more from this year’s march: 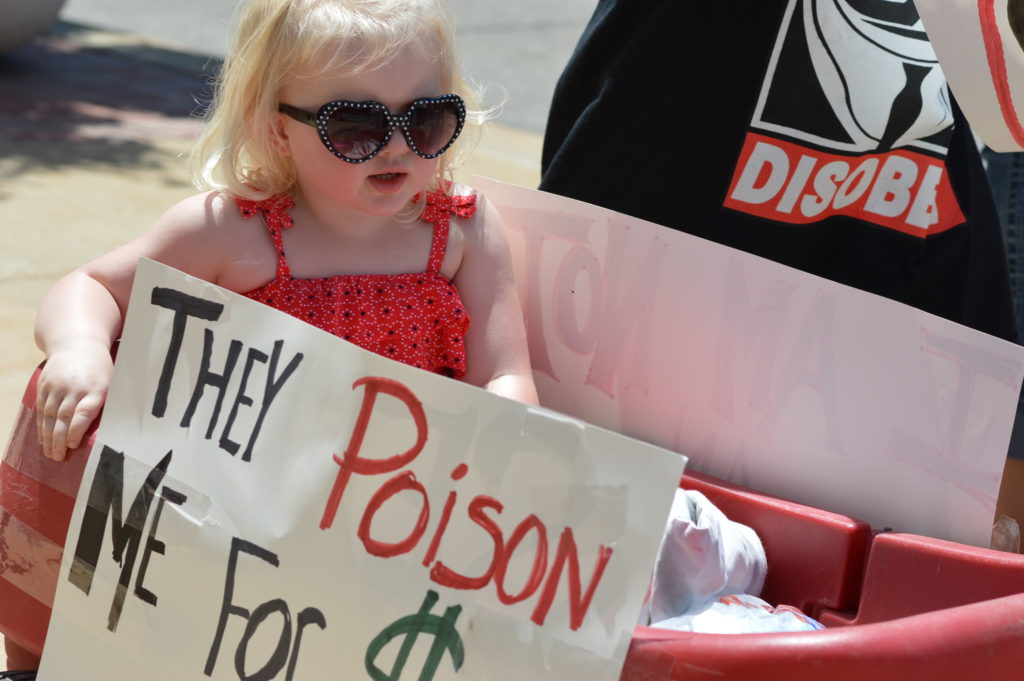 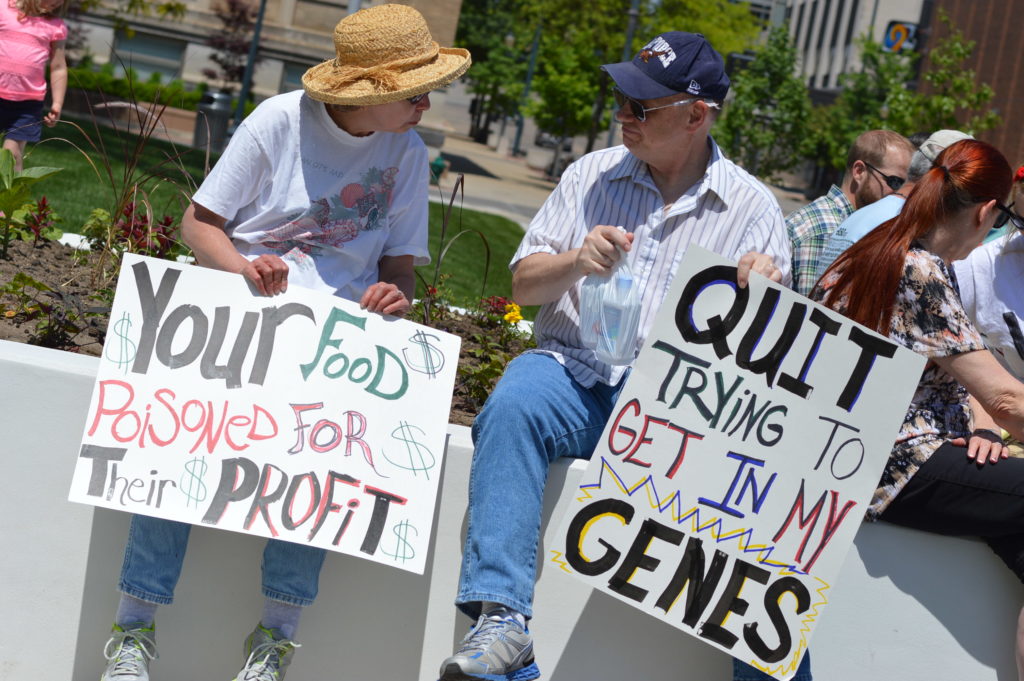 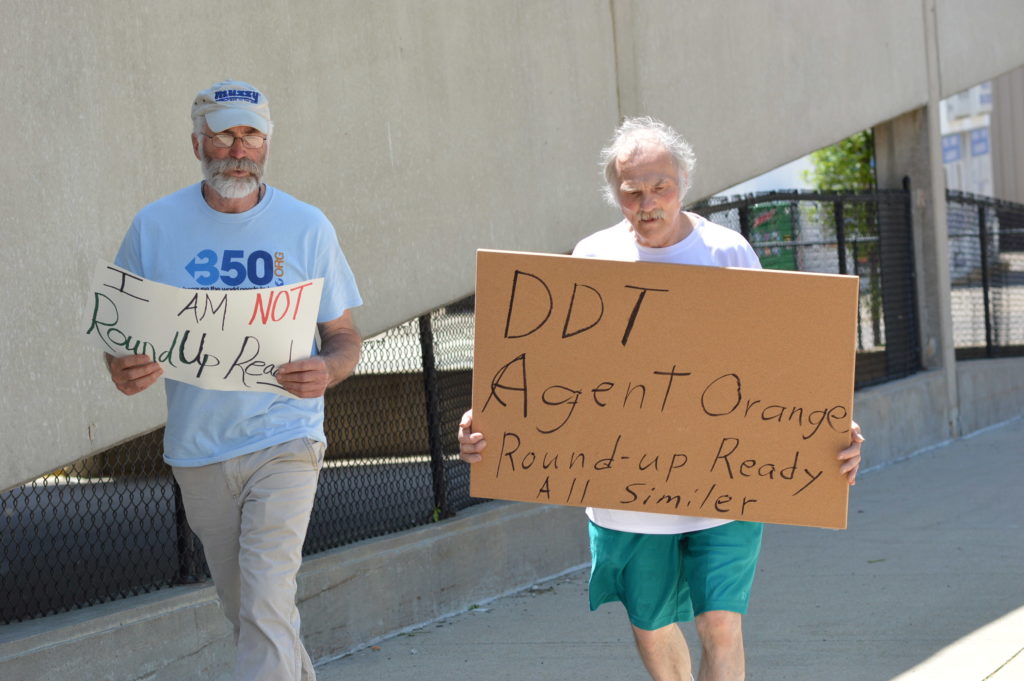 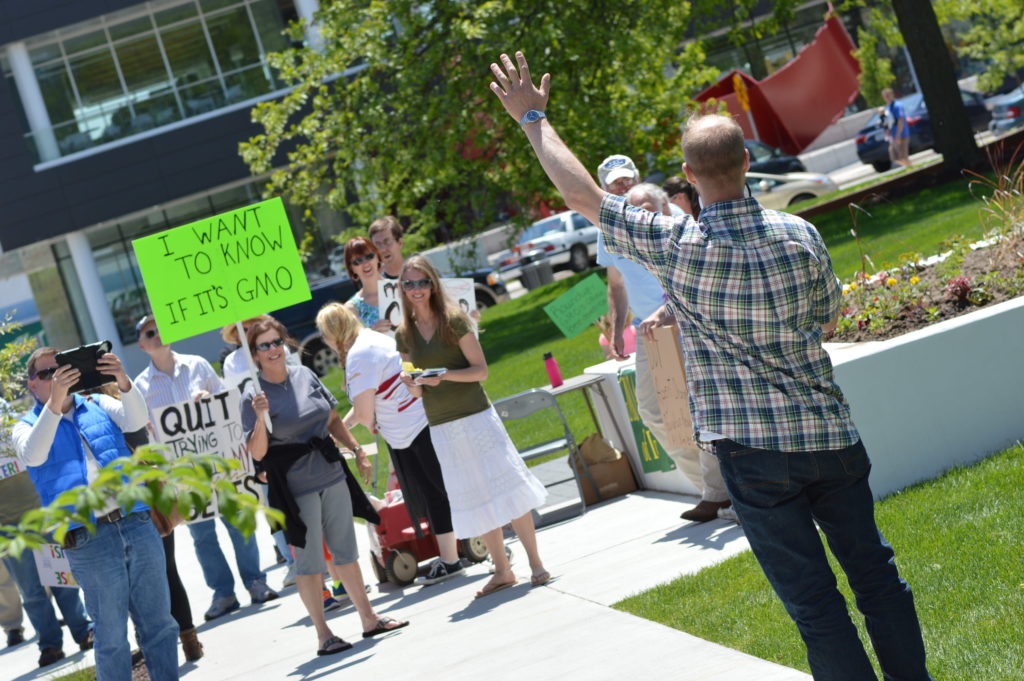 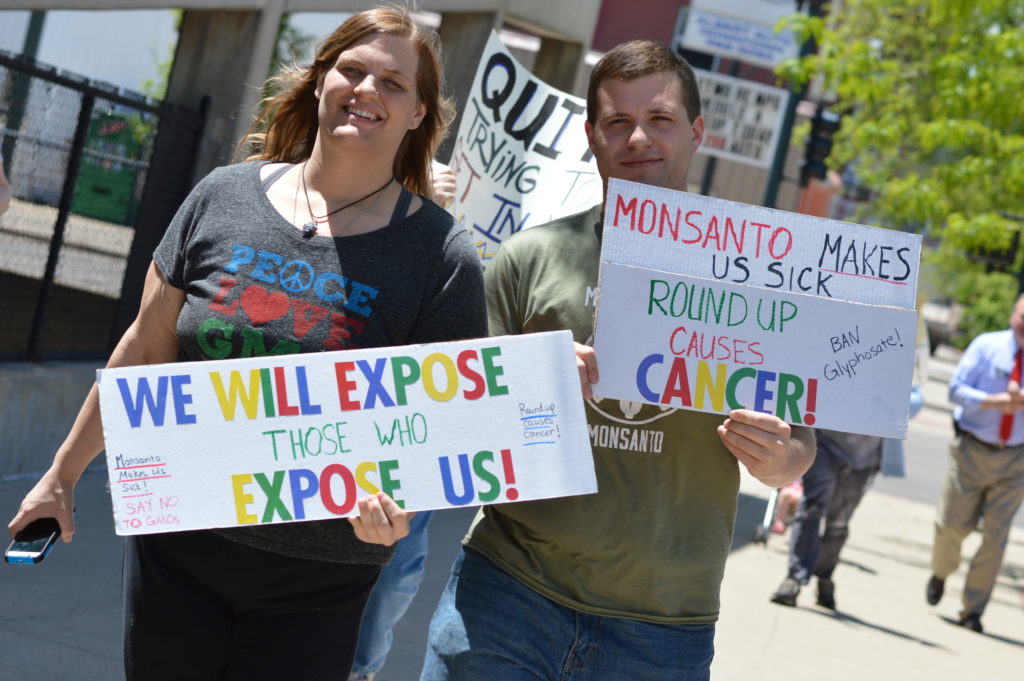 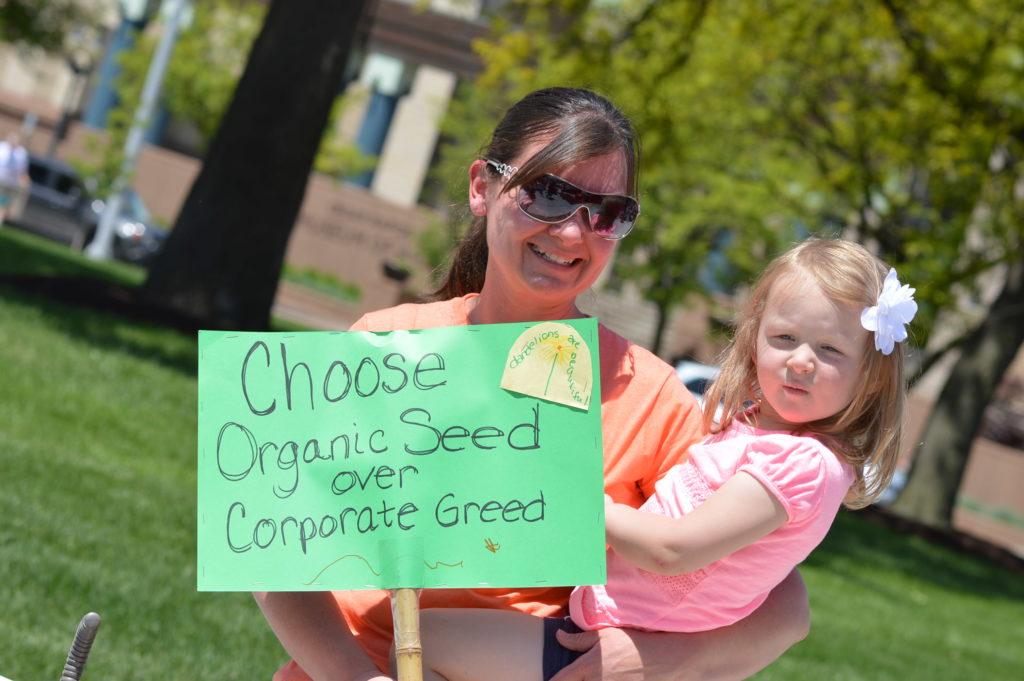 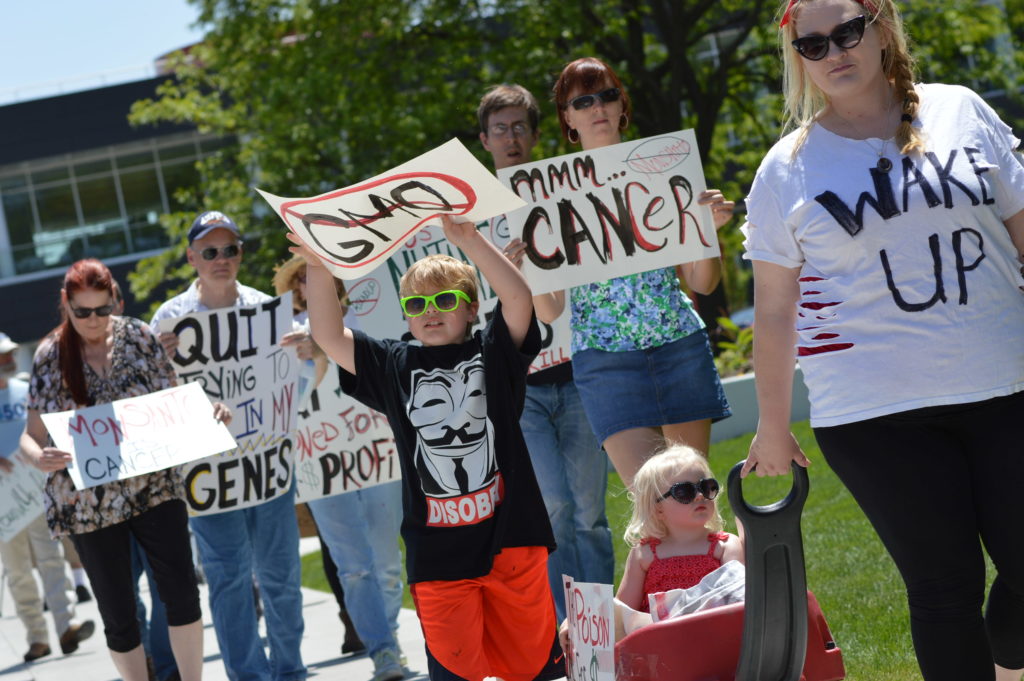