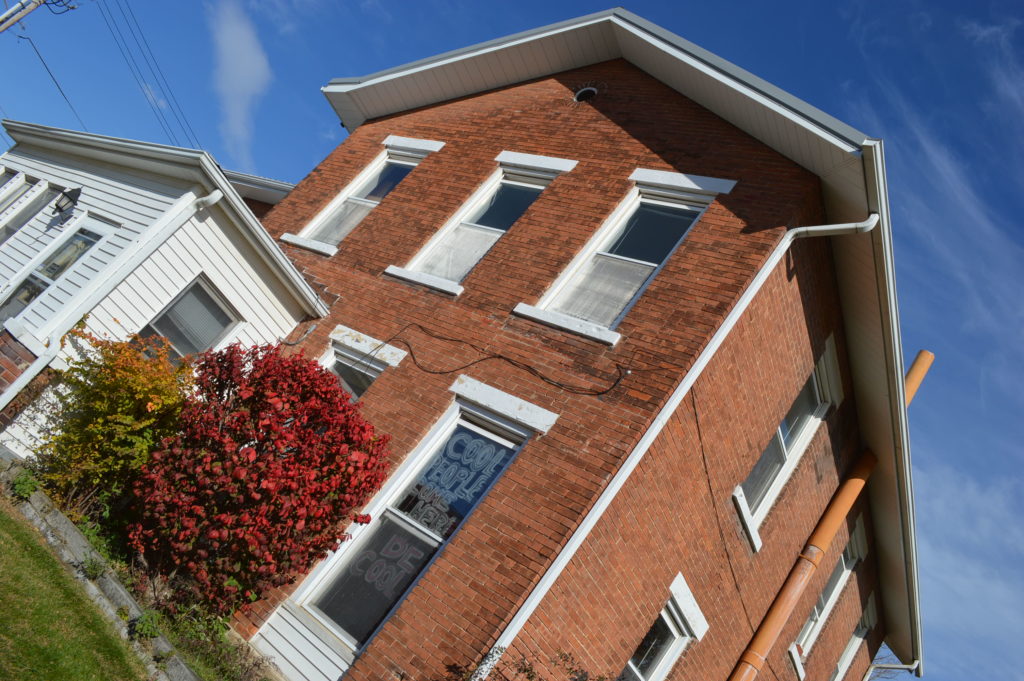 This home, at 525 11th St., Marion, is one of two that city leaders would like to see relocated to make way for a parking structure. (photo/Cindy Hadish)

MARION — As demolitions of historic buildings bulldoze ahead in Cedar Rapids, leaders in neighboring Marion are poised to lead the way in saving some of the city’s architectural heritage.

The Marion City Council last night voted unanimously to refer proposals by Seven Hills East LLC to the city’s Economic Development Committee. The proposals ask for financial assistance of up to $100,000 each to move two brick homes at 520 12th St. and 525 11th St. 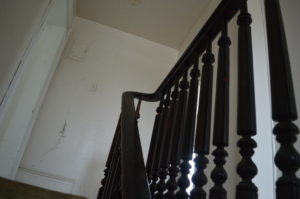 The original staircase remains in the home at 525 11th St., Marion. (photo/Cindy Hadish)

Those homes, dating back to the mid-1800s, are in a block between the current library and City Hall where the city intends to build a parking structure to support a proposed $67 million redevelopment project.

The city received bids to demolish the homes, but last night chose to first consider the proposals from developer Joe Hill, a Californian with Iowa roots who owns and manages apartments in San Diego.

“I grew up here,” Hill said, noting he frequently returns to Iowa to visit his mother, a former shop owner. ” I wouldn’t do this if I didn’t care about the area.”

Under his plan, Hill would relocate the homes to a vacant parcel he is purchasing at Fourth Avenue and Ninth Street in Marion, to bookend a development he is calling “Carriage Corner.” 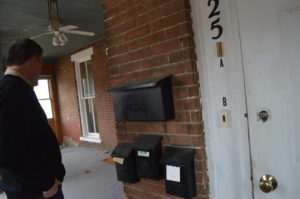 Joe Hill looks at one of the homes he hopes to relocate in Marion, Iowa. (photo/Cindy Hadish)

Hill is not requesting tax increment financing or other incentives commonly awarded to development projects in Cedar Rapids and elsewhere in Iowa, but asked the city to split the cost of moving the heavy brick structures, estimated at $100,000 each.

The council directed the matter to the city’s Economic Development Committee, which will make a recommendation regarding the financial assistance.

Mayor Nick AbouAssaly agreed, adding that although nothing is yet set in stone, he is pleased the city is exploring the option. 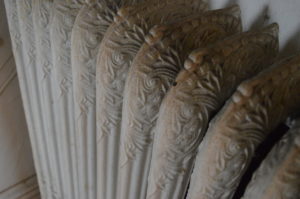 Ornate radiators are among the vintage features in the home at 525 11th St., Marion. (photo/Cindy Hadish)

“I’m personally thrilled that we’re at this point,” AbouAssaly said, noting that just a few months ago, it seemed a foregone conclusion that the homes would be demolished. “I think we’ve done the right thing for the community, for the history of Marion and for the future.”

Hill hired Martin Gardner Architecture of Marion to work on the concept. The firm’s report noted that the home at 525 11th St., was built in 1868 by Charles and Elizabeth (Carnagey) Foulk, according to the book “19th Century Brick Houses of Marion, Iowa” by Judith
Hull, and the house at 520 12th St. was likely built in the same era.

The report cites Hull, chairwoman of Marion’s Historic Preservation Commission, who notes that a unique piece of the buildings’ history is that the property at 525 11th St., was, in whole or in part, held in a woman’s name from approximately 1849 to 1978, first by Elizabeth Foulk, then by Harriet Stinger after her husband’s death, then by Stinger’s daughter Effie Parsons, and then by Parsons’ niece Florence Harbaugh. 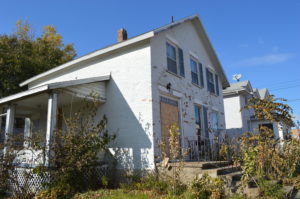 This home at 520 12th St., is one of two in Marion that city leaders would like to see relocated. (photo/Cindy Hadish)

That building, in recent years, has housed a hair salon and apartments, while the home on 12th Street also has been a rental unit.

Nick Glew, President of Marion Economic Development Corporation, noted that the city has been hoping to reinvest in its older neighborhoods for years.

“Projects like this really have the potential to begin to be a model,” he said, which “benefits the city, benefits our schools, benefits our neighborhoods and ultimately, our community.”

Hill’s goal is to have the apartments ready to rent by December 2020.

He said he realizes that moving the buildings will take time and added expense. 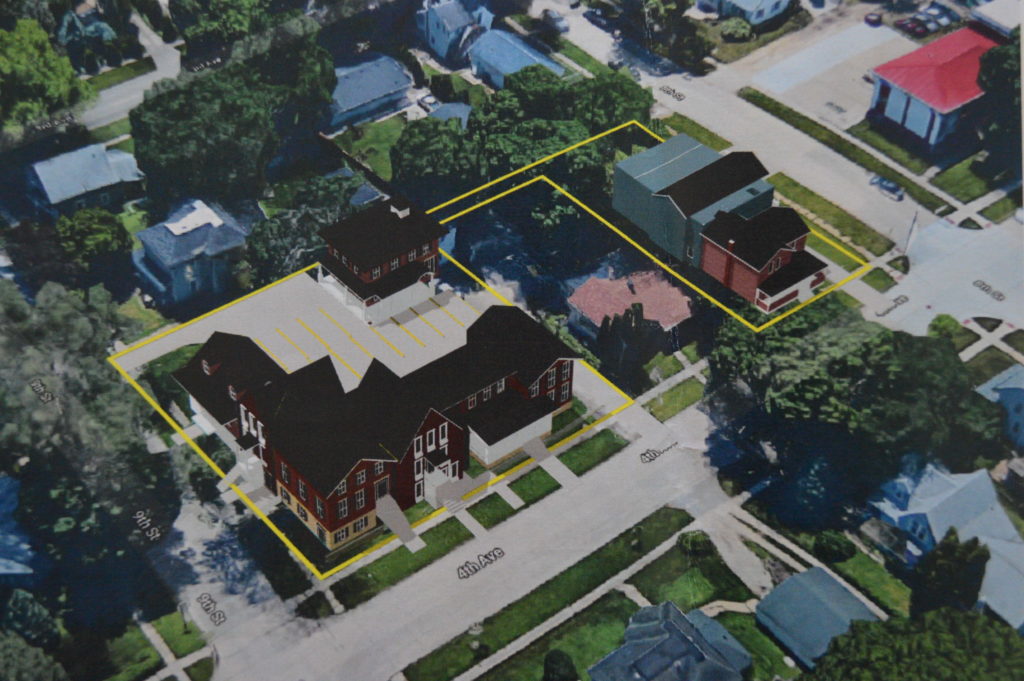 Rendering of Carriage Corner in Marion by Martin Gardner Architecture