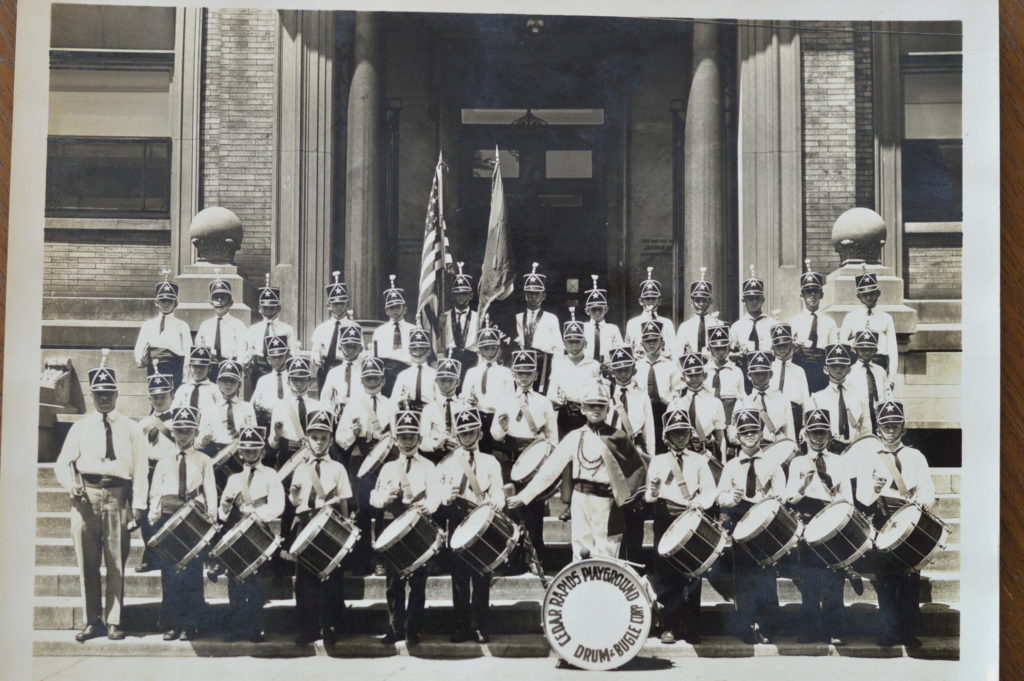 The Cedar Rapids Playground Drum & Bugle Corps, the first “junior” corps in the city, is shown in 1929. (photo/courtesy Steve Matus)

The following is an excerpt from the preface of the recently released book, “Marking Time: A History of Drum & Bugle Corps in Cedar Rapids, Iowa.”

In 2015, a drum corps reunion years in the making exceeded my expectations when alumni of some of the earliest Cedar Rapids corps attended. Bill Severa, William Dale and Bob Steuber shared memories of the Boys YMCA Drum & Bugle Corps and the Musketeers, including train trips to competitions and performances at the World’s Fair in the 1930s.

As a journalist, I wanted their stories to be shared beyond the reunion. Finally beginning that quest in 2019, I interviewed all three, and, eventually, more than 50 others involved in Cedar Rapids drum corps from shortly after its inception in 1928 through the 2001 season.

For more than a year, at the Cedar Rapids Library, care centers, homes, over the phone and even a gas station, past members of Cedar Rapids corps and drill teams shared memories of what many considered the best times of their lives. Research through Iowa newspaper archives dating back almost a century, the Coe College library, National Czech & Slovak Museum & Library and elsewhere helped fill in the blanks to paint a picture of the city’s drum corps history.

The result is a 100-page book, designed by David Miessler-Kubanek, and funded in part by a grant from the Linn County Historic Preservation Commission, along with numerous donors. 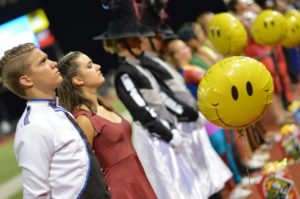 Drum majors are shown during the 2017 Tournament of Drums retreat at Kingston Stadium in Cedar Rapids, Iowa. (photo/Cindy Hadish)

Stories from Bill Severa, William Dale and Bob Steuber are among many told on its pages, along with nearly 200 photos provided by past members, directors and drum majors.

Volunteers had planned to offer the book at the annual Tournament of Drums competition in Cedar Rapids, which, like so many beloved traditions, was canceled this year due to the coronavirus pandemic.  A low-contact distribution day was set for earlier this month, but Iowa’s devastating derecho, with hurricane-force winds, derailed those plans, as well.

The third time will hopefully be the charm with a book launch set for 10 a.m. to 2 p.m. Saturday, Aug. 29, 2020, outside of Plaza 425, at 425 Second St. SE, in downtown Cedar Rapids. Face masks are required to help protect the health of volunteers. Books also can be ordered at: www.iowamusicandarts.org

With thousands of members over nearly 75 years, it would be impossible to include every name in the book’s pages, but commonalities of grueling rehearsals, bus breakdowns, sweltering parades and thrilling performances serve as snapshots of our shared drum corps history. 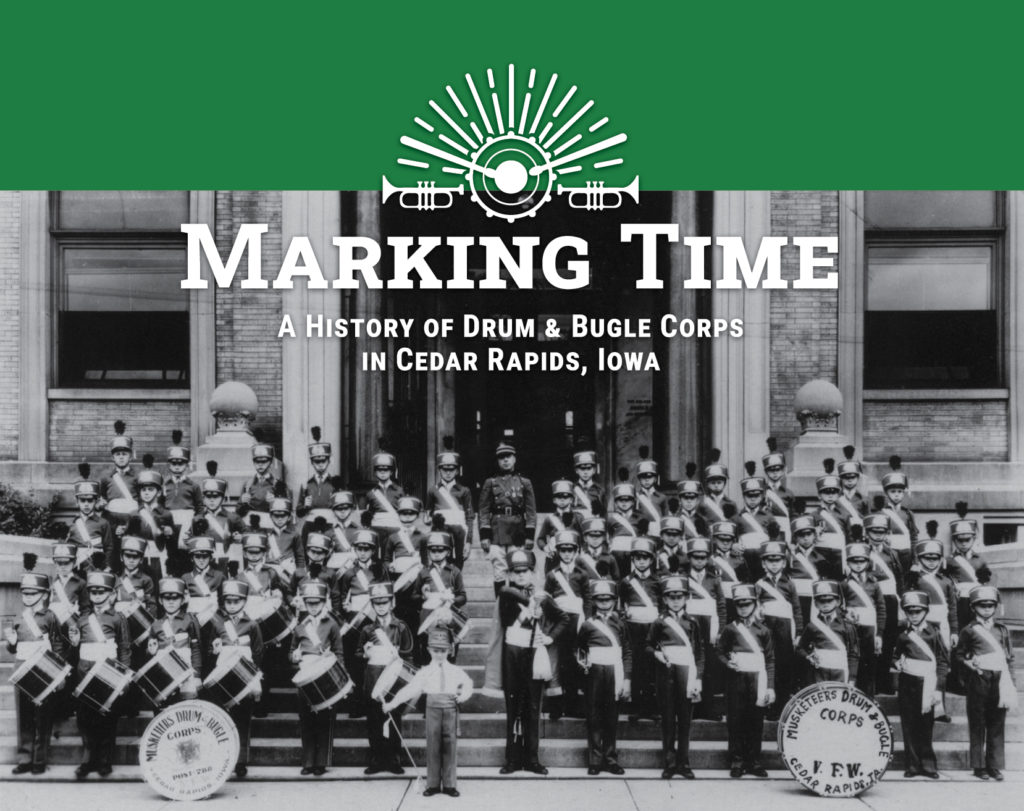