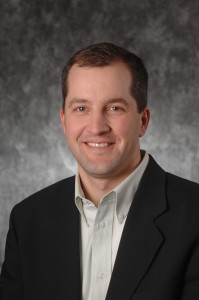 The following is from the Iowa Department of Agriculture and Land Stewardship:

“Mike will be a tremendous asset to the Department and I’m glad he agreed to join our team,” Northey said.  “His background and experience make him a natural fit for the Department.”

Naig previously served as Manager of State and Local Government Affairs for Monsanto.  He has been active in the agribusiness industry for over 13 years, also having served in public policy roles for CropLife America based in Washington, DC; the Agribusiness Association of Iowa; and, the Iowa Biotechnology Association.

As Deputy Secretary, Naig will assist in management responsibilities for the Department focused on the areas of personnel and budget.  He will also support the Department’s efforts to be accessible to Iowans by traveling regularly to represent the Department at meetings across the state.

“It is an honor to join Secretary Northey and the team at the Department.  I look forward to supporting the important work of the Department to promote Iowa agriculture, serve Iowans and protect our natural resources,” said Naig.

Naig grew up on a farm near Cylinder in Northwest Iowa and is a graduate of Buena Vista University in Storm Lake, Iowa, with degrees in biology and political science.  He and his wife Jaime have two boys.