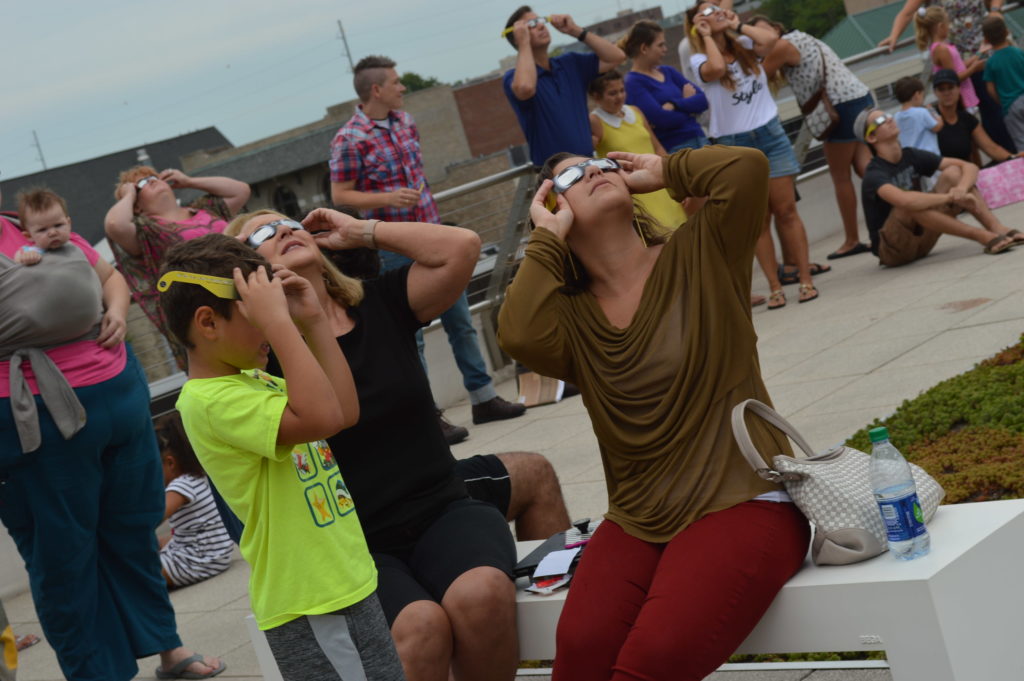 Families gathered on the rooftop of the Cedar Rapids Public Library to catch a glimpse of the solar eclipse on Monday, Aug. 21, 2017. (photo/Cindy Hadish)

Hundreds of people gathered on the downtown library’s rooftop on Monday, Aug. 21, 2017, to try to catch a glimpse of the eclipse and watched the NASA livestream in the library’s Whipple Auditorium. 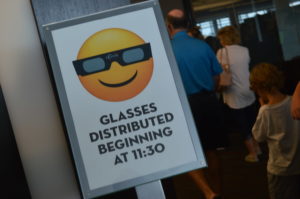 A long line formed at the Cedar Rapids Public Library for a chance at a free pair of solar eclipse viewing glasses. (photo/Cindy Hadish)

While many were disappointed that the clouds prevented a view of the eclipse, several  parents and grandparents said they were grateful for the educational opportunity the rare occurrence presented for their children and grandchildren.

More than 1,600 people streamed into the library by 12:30 p.m., when the event began, but lines formed even earlier to have a chance for a free pair of viewing glasses. All 250 pairs of glasses were handed out within 10 minutes, with a long line still remaining. Some families brought pinhole boxes for another option to view the eclipse.

Cedar Rapids experienced only a partial eclipse, with 91.4 percent coverage, but a tiny portion of Iowa was in the path of totality.  Learn where that was here, and see more photos from today’s viewing party, below. 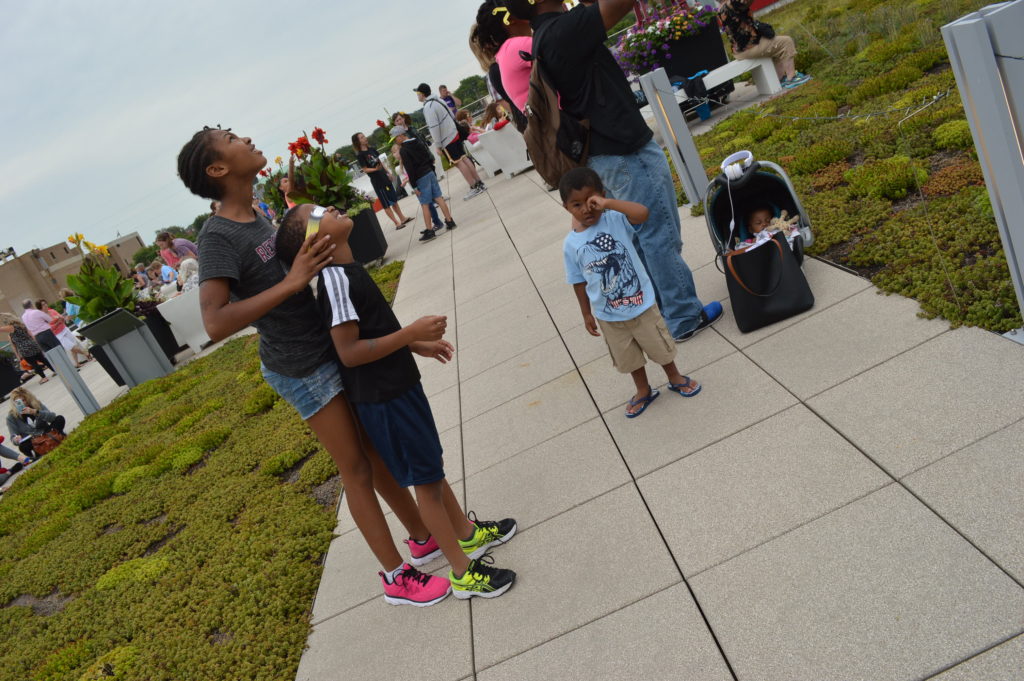 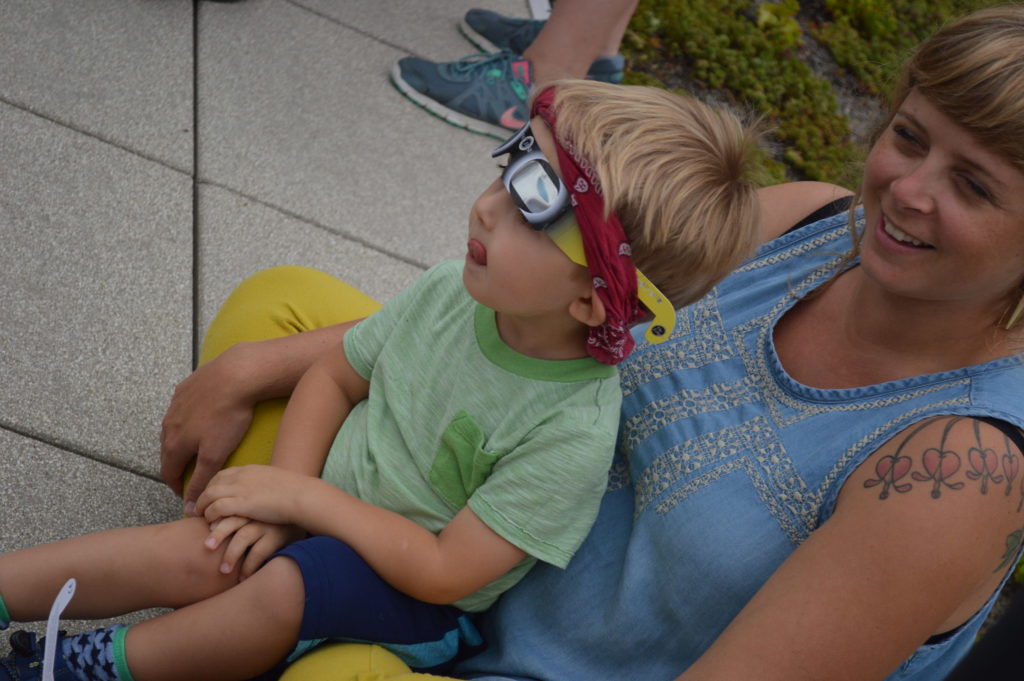 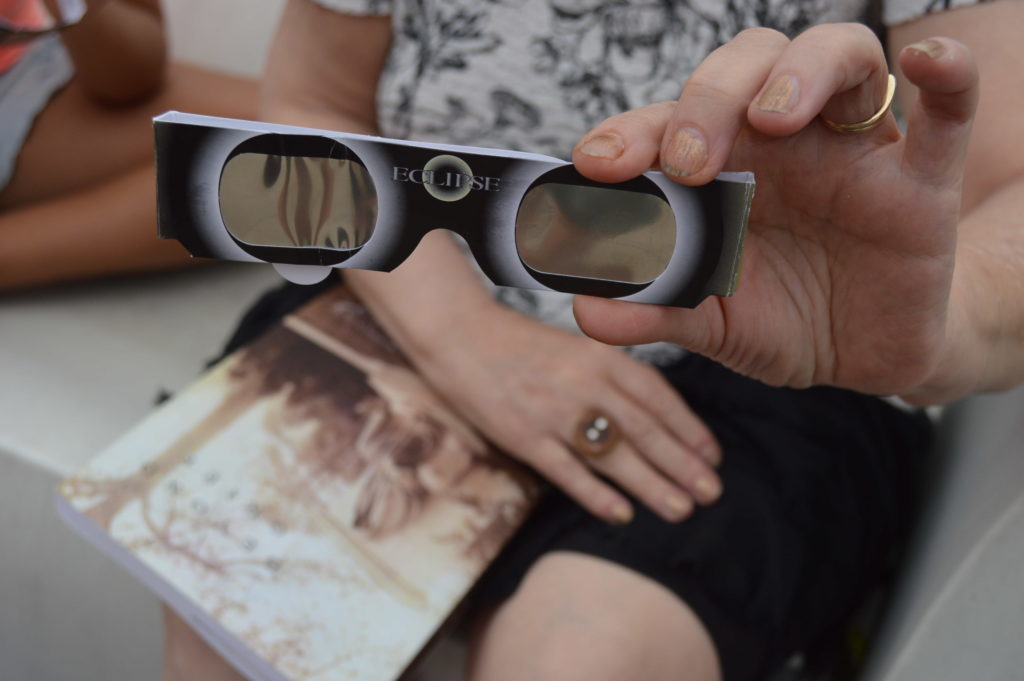 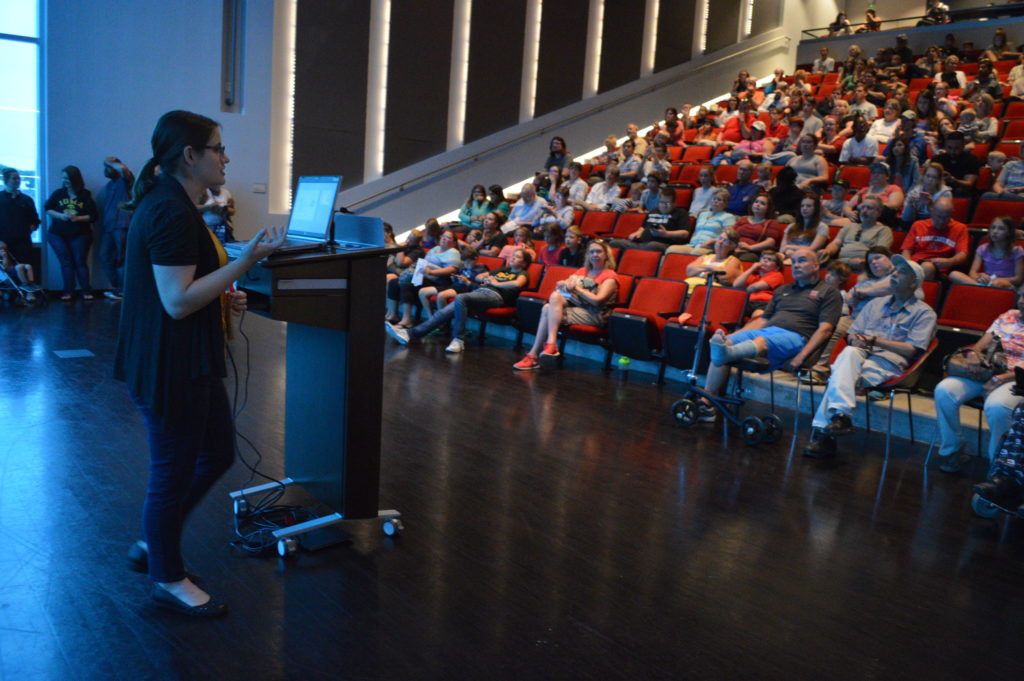 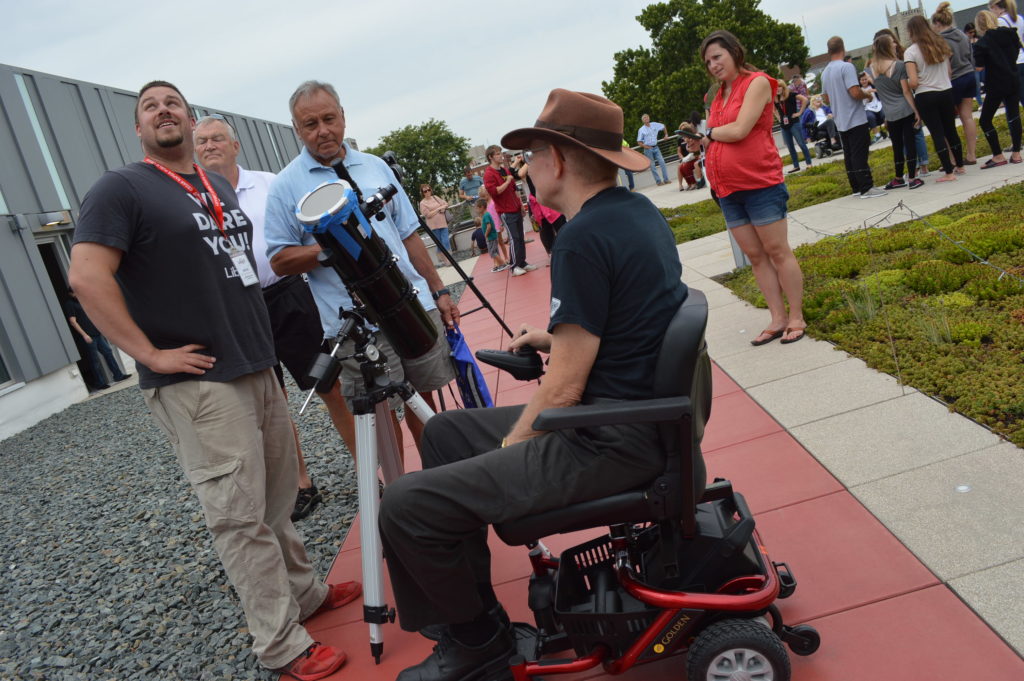 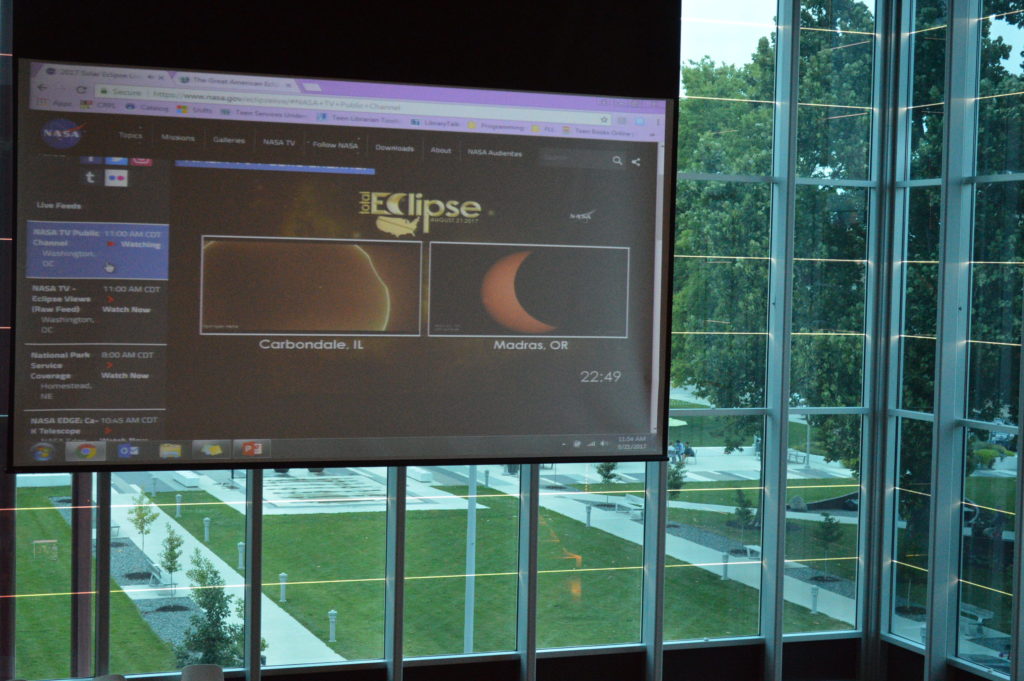 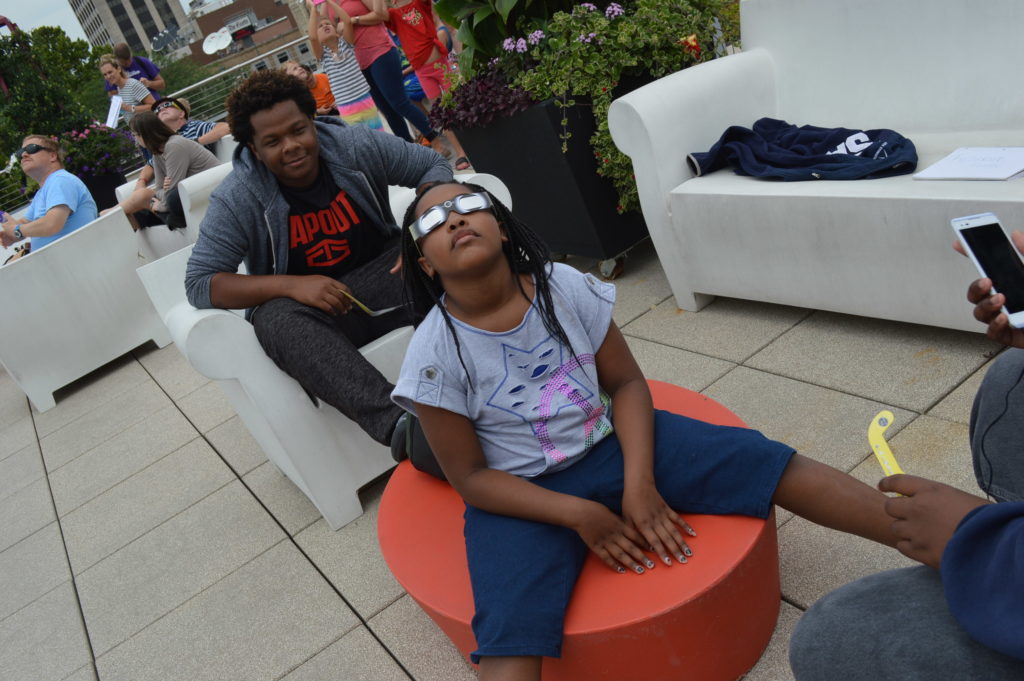 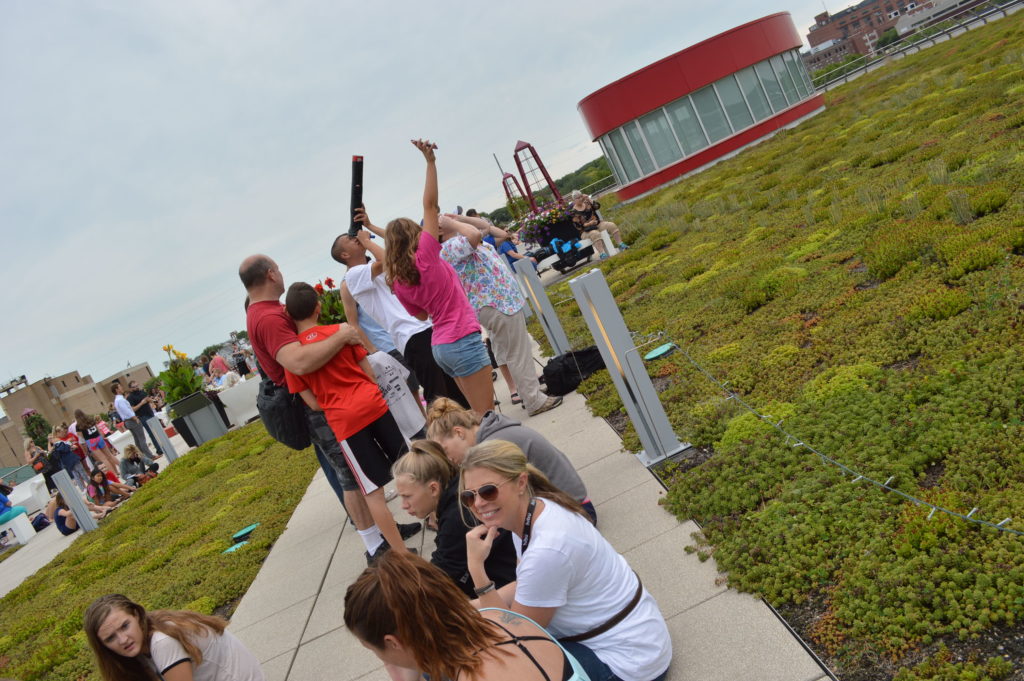 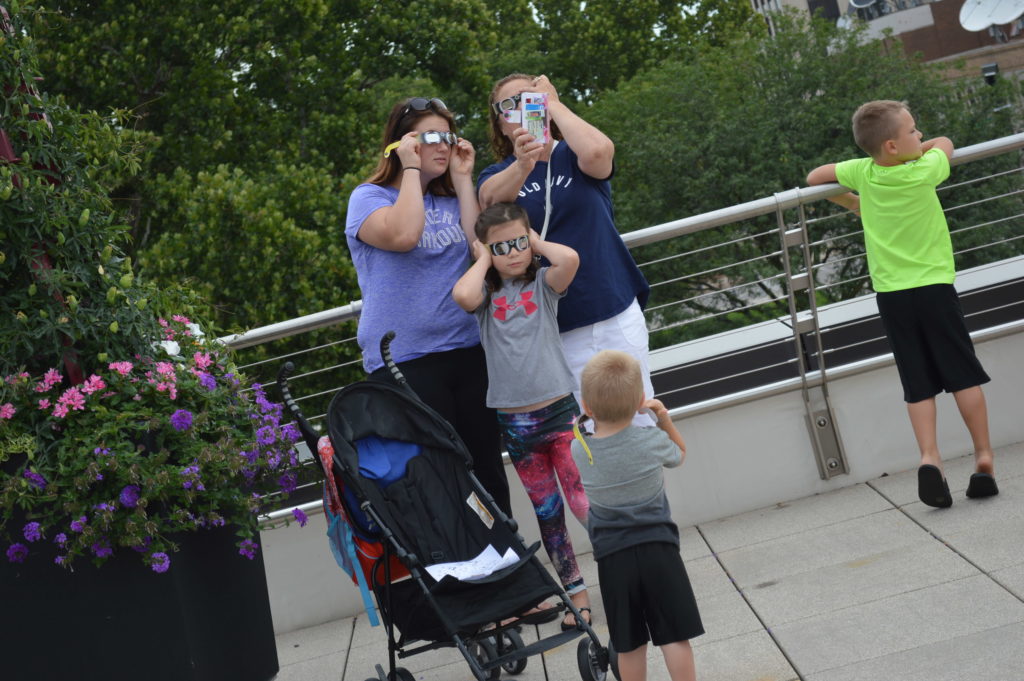 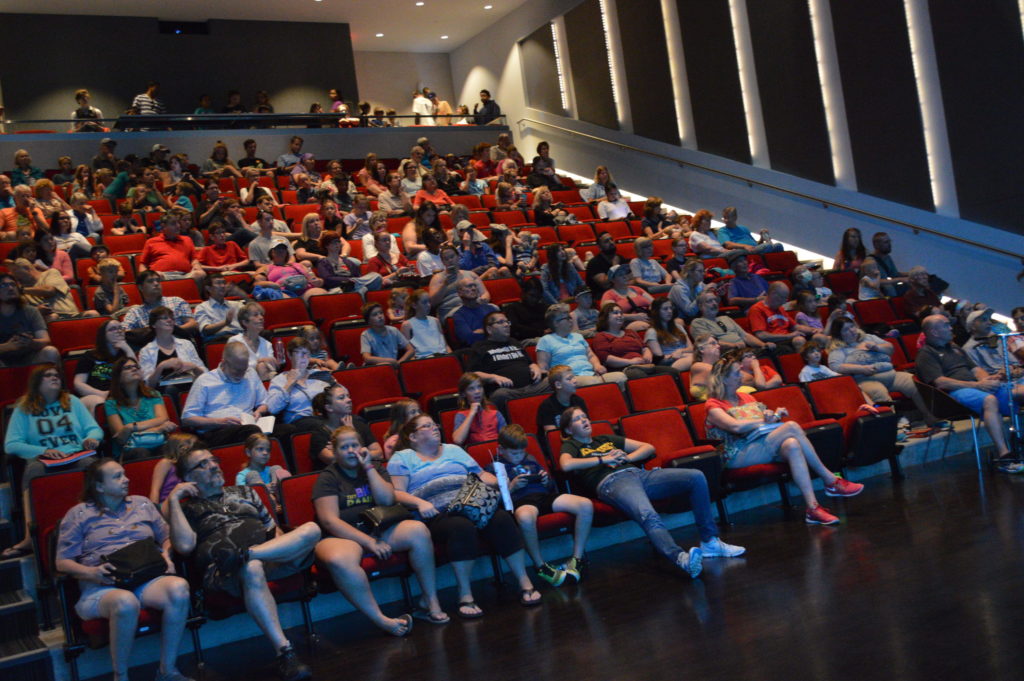 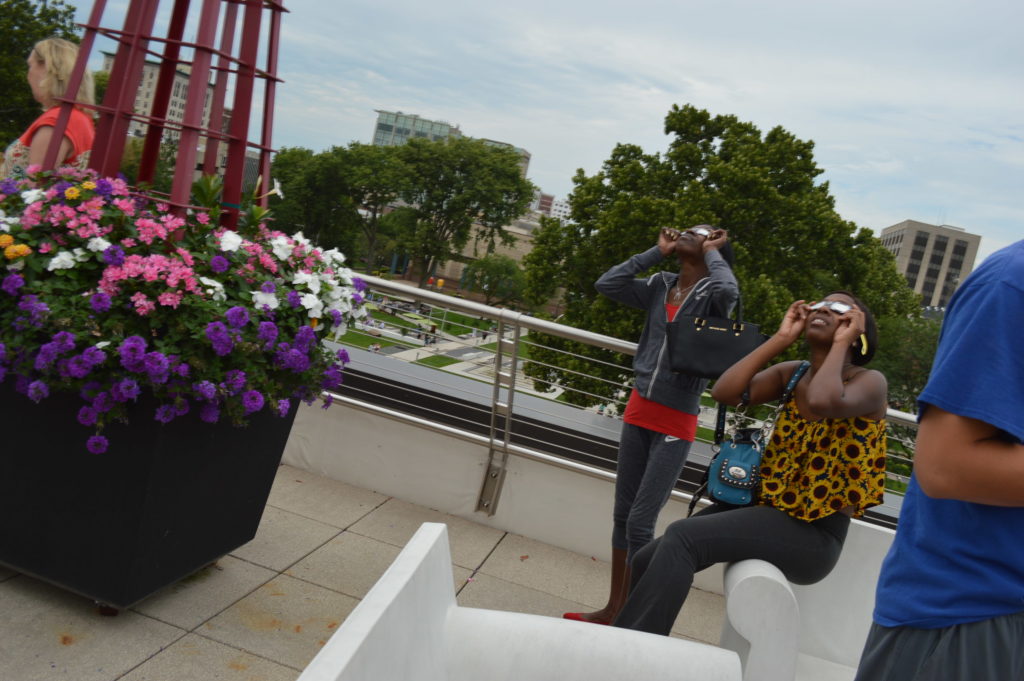 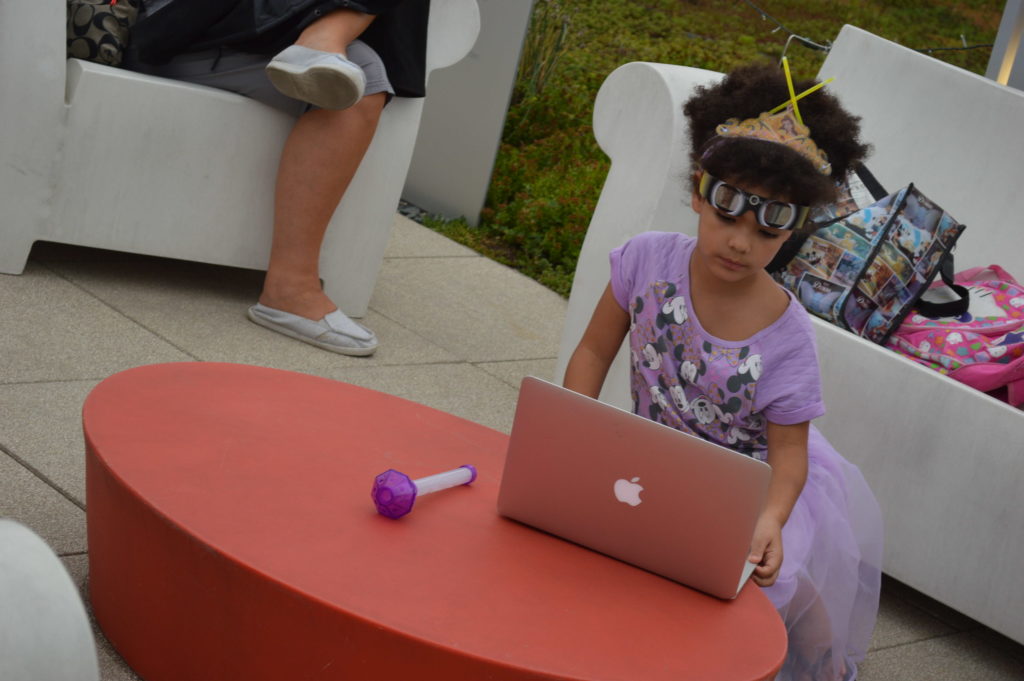 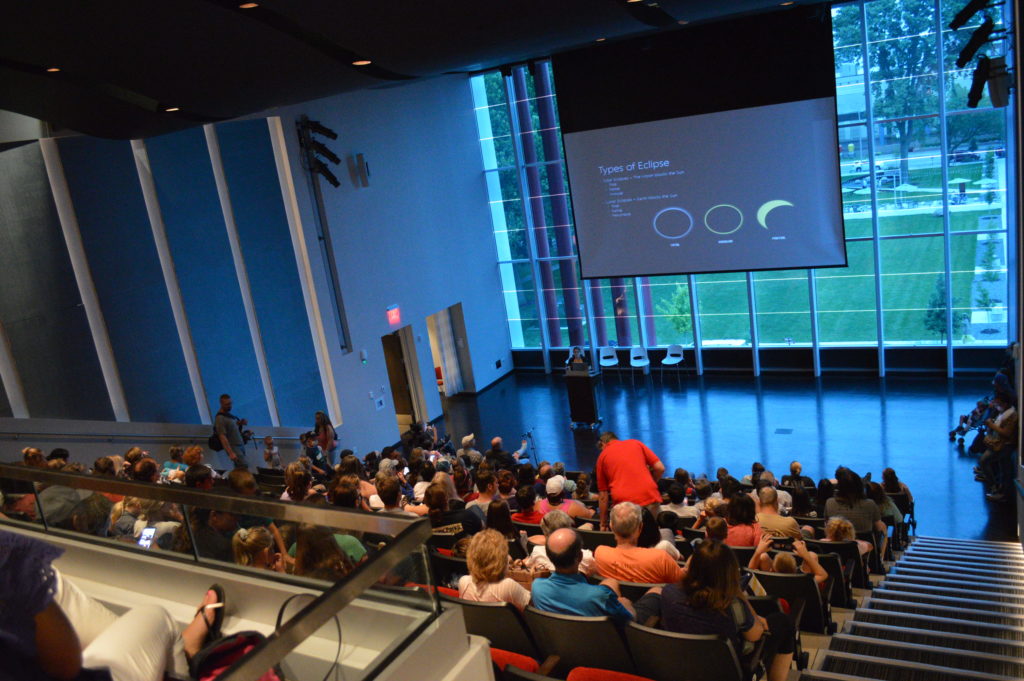 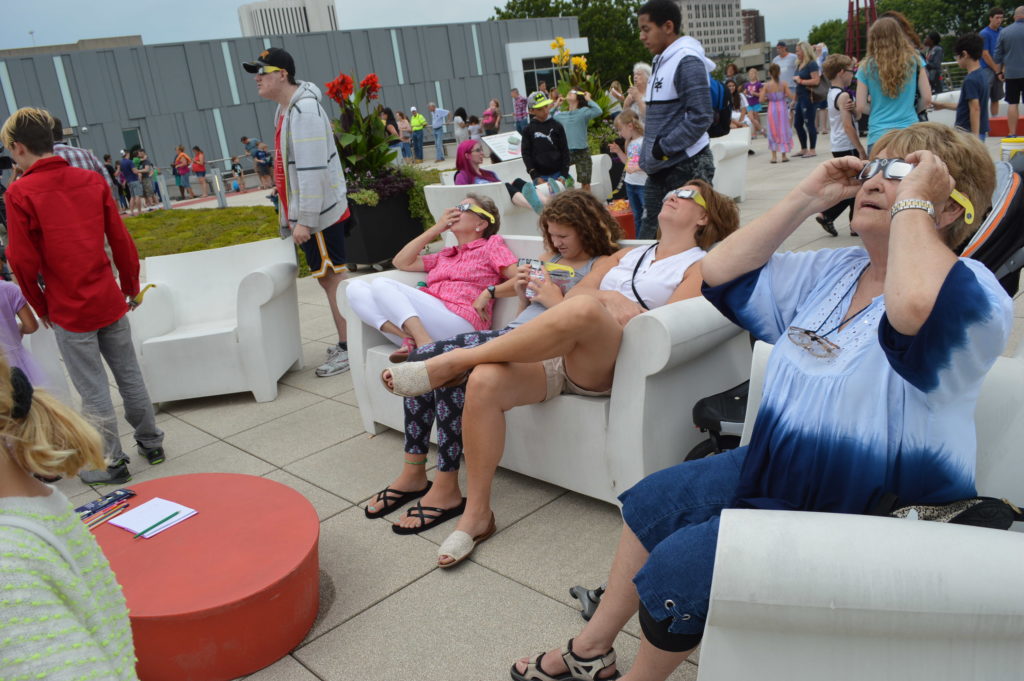 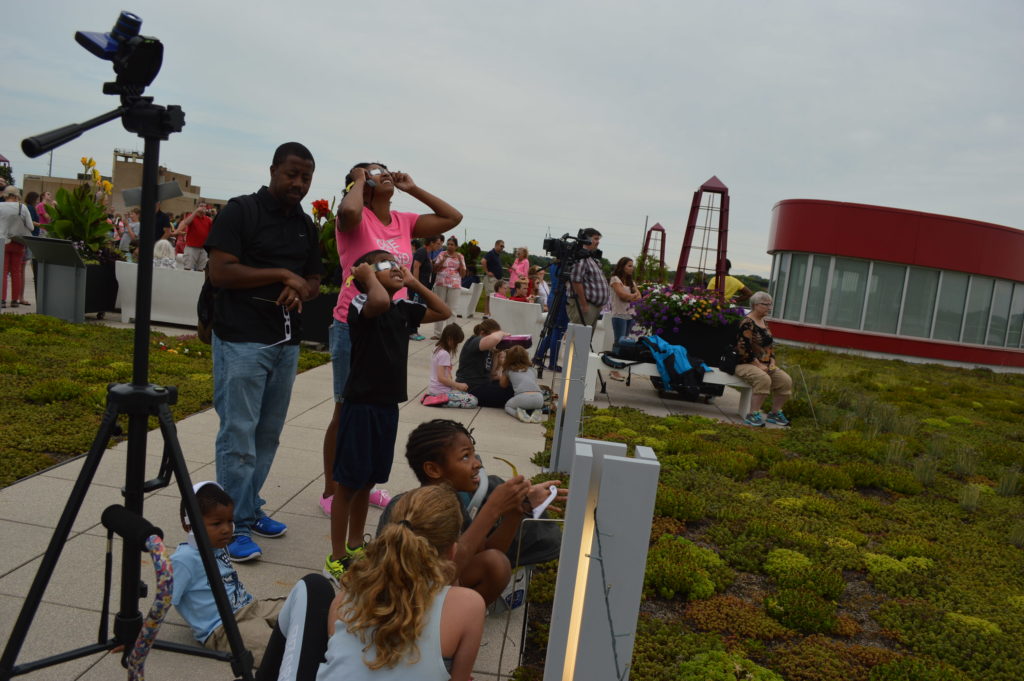 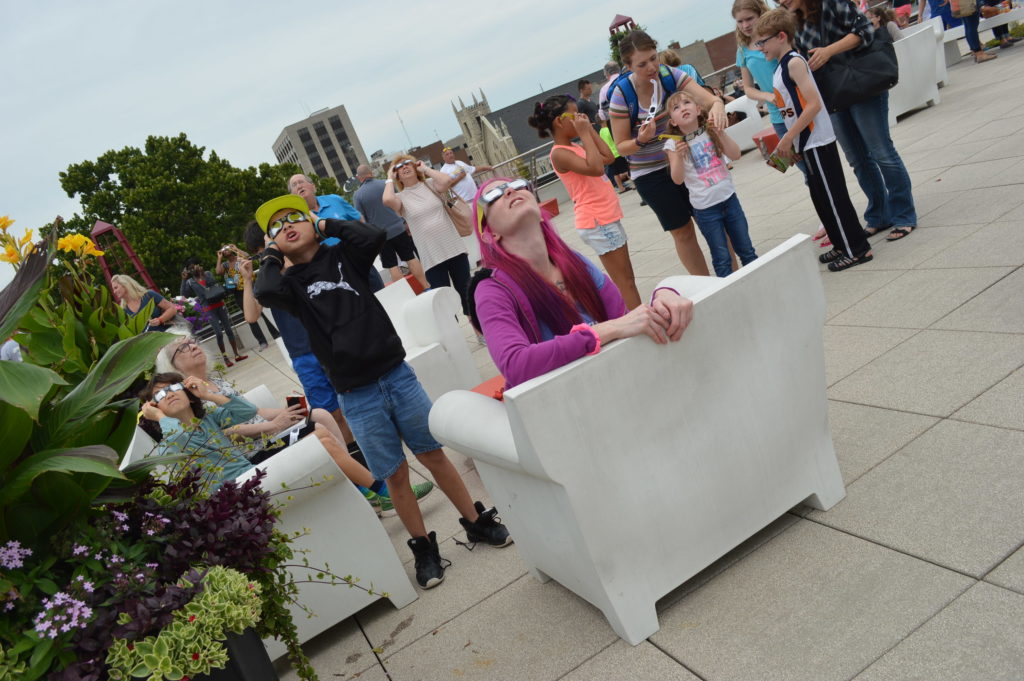 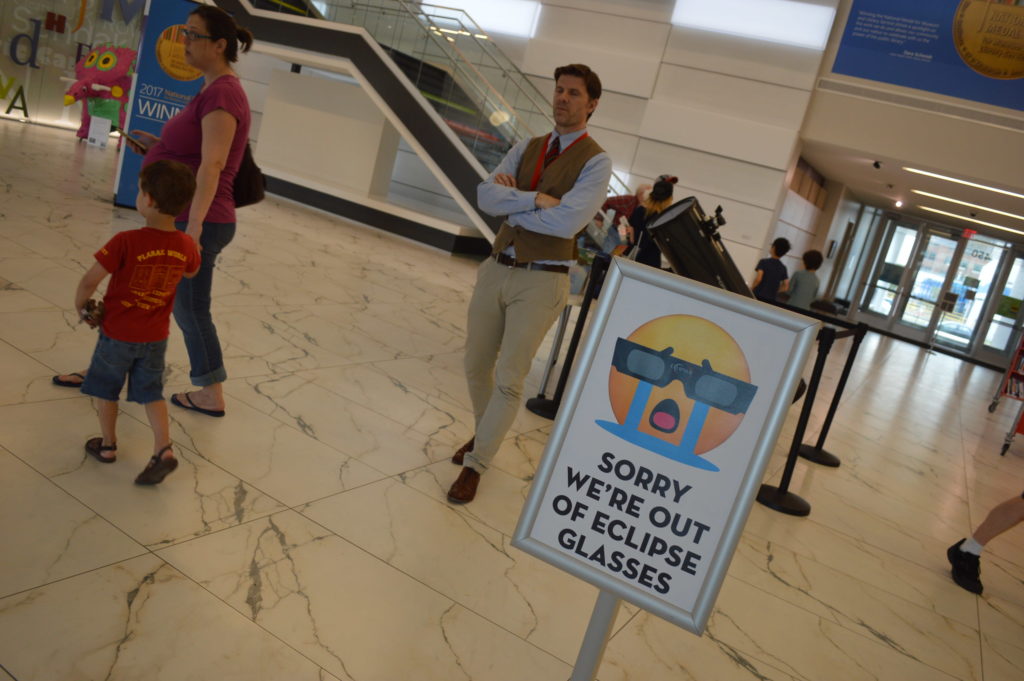