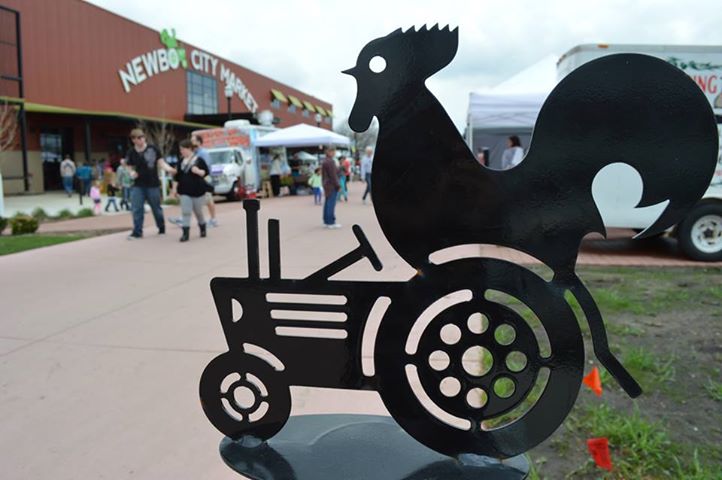 No explanation was given for the departure, with the following announcement on Facebook that afternoon:

“We regret to inform everyone, Zaytoon has been told to vacate the Market. It is completely out of our hands. We’re moving out today. Thank you all for a great 6 years and 4 months! We’re working on finding a space for catering so check back for updates.”

Customers expressed their disappointment, asking where they can go for their favorite Mediterranean fare, such as falafel and spicy hummus, and others noting that Zaytoon is the main reason they visit the market.

According to the NewBo City Market website, the restaurant’s name “Zaytoon” comes from the word “olive” chosen because olives play such an important role in Mediterranean fare.

“Such an at-will tenancy means that either party can end the agreement with 30-days notice,” Kruger said in an email. “After six years in the Market, the Board and Management decided it was time to give another small business entrepreneur an opportunity to grow their business in the Market.”

Owner Jennine Seede de Pena said she was saddened by the decision, but declined comment at this time.

Kruger provided information on new vendors at the market, including Gnarly Pepper, which offers low-calorie alternatives to deli-style salads and custom spice mixes.

He noted that recent NewBo additions of Melting Bite, Pinoy Café, and Fizz & Frolics will move to larger spaces inside the market, at 1100 Third St. SE, allowing them to offer greater diversity in their menus and product offerings.

NewBo City Market opened in October 2012, and at just over six years, Zaytoon had more longevity than many of the businesses. 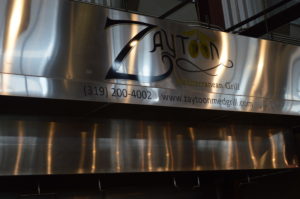 Here is more in a press release from Kruger regarding changes at the market:

Melting Bite, offering Indian dishes and desserts, will be expanding their space and their menu to include more traditional Indian fare. Additionally, Pinoy Café, serving Filipino street-food and other homestyle dishes, and Fizz & Frolics, offering artfully curated women’s clothing and accessories, will both be moving into larger spaces after overwhelmingly positive response from Market patrons. The Shopkeepers will move into spaces vacated by Zaytoon Mediterranean Grill, Corn Fusion, and the Go Cedar Rapids Visitor Information Center.

“We have seen a lot of growth and success at the Market in the last 12 months,” said Scott Kruger, NewBo City Market Executive Director. “Nine new businesses opened in that period, several are expanding , and three businesses graduated from the Market and are operating at new locations.”

These businesses’ expansion plans create greater diversity not only in the menu and product offerings at the Market, but also in the diversity of the entrepreneurs and in business ownership. Over 60% of the independent start-up businesses inside the Market are owned and operated by women. Twenty percent of the businesses are minority-owned.

Dumpling Darling, the Korean-inspired eatery, was the latest to graduate from its NewBo location, opening stand-alone restaurants in Iowa City and Des Moines. That space inside the Market is now occupied by chocolatier and local favorite Lori-Ann’s Candies. Shopkeepers Saucy Foccacia, Sweetopia, and That One Cupcake Place all graduated in 2018 to continue doing business in the area.

“Shopkeepers have the opportunity to cultivate a loyal audience of customers during their time at the Market,” said Julie Parisi, Director of Business Development. “When they decide to venture out on their own, it’s because they believe they can sustain their business by retaining the loyal following they’ve established here while attracting new customers at their new location.” Parisi added that this is in keeping with the Market’s mission to lower barriers for diverse entrepreneurs and create a launch pad for startup and early-stage businesses that have a distinct focus on local products.

“NewBo City Market is the most ideal space for a business to break into the local marketplace,” said Parisi. “With all the support from the organization and from the network of fellow entrepreneurs, Shopkeepers test their concepts and cultivate best business practices to grow in a measurable way.

Parisi added that not every business plan will succeed. “Because of the Market’s low barrier to entry and because of our mission as a business incubator, entrepreneurs who don’t find success in their time at the Market either take their business in a different direction or focus on other pursuits,” she noted.