Replica in Cedar Rapids, Iowa, torn down on 30th anniversary of fall of the Berlin Wall 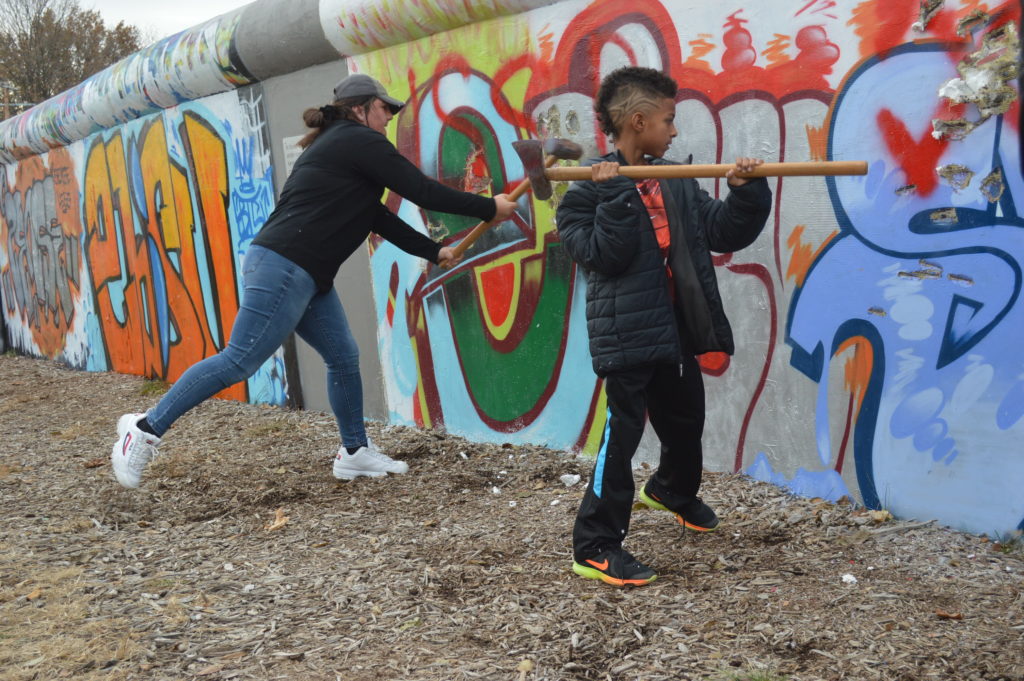 Participants begin to tear down the replica Berlin Wall on Saturday, Nov. 9, 2019, outside of the National Czech & Slovak Museum & Library in Cedar Rapids, Iowa. (photo/Cindy Hadish)

CEDAR RAPIDS, Iowa — A crowd marked the 30th anniversary of the fall of the Berlin Wall by tearing down a smaller version built by students. 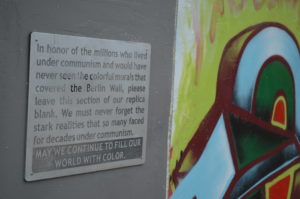 One space was intentionally left blank on the wall. (photo/Cindy Hadish)

Made of expanded polystyrene — a type of foam — covered with exterior concrete-like material, murals on the wall changed almost daily over the course of months, painted by various groups as part of “Revolution Starts in the Streets,” a public art installation on the museum campus.

The fall of the replica wall, on Nov. 9, 2019, capped off a year of lectures, visiting artists and workshops centered around the topic of freedom of speech.

About 100 people attended the event to commemorate the fall of communism and the fall of the Berlin Wall, which separated East and West Berlin, on Nov. 9, 1989.

Sarah Henderson, K-12 learning specialist for the museum, said the event marked the monumental day, not only for Germany, but for freedom in other countries throughout the world.

“A day when decades of oppression and silence ended for thousands, and eventually millions, as the Polish, Hungarian, Czech and Slovak Soviet blocs fell in the following months,” she said. “This day gave hope to people across the world, that any wall attempting to restrain, silence and separate people could be torn down.”

See more photos from today’s event and learn about other Czech activities in Iowa. 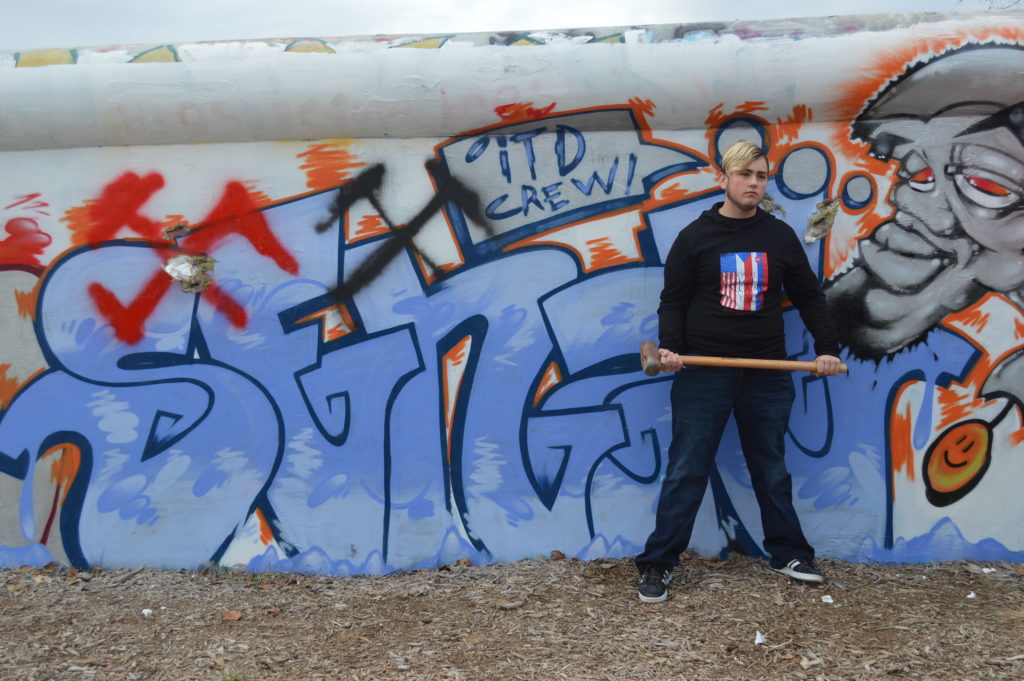 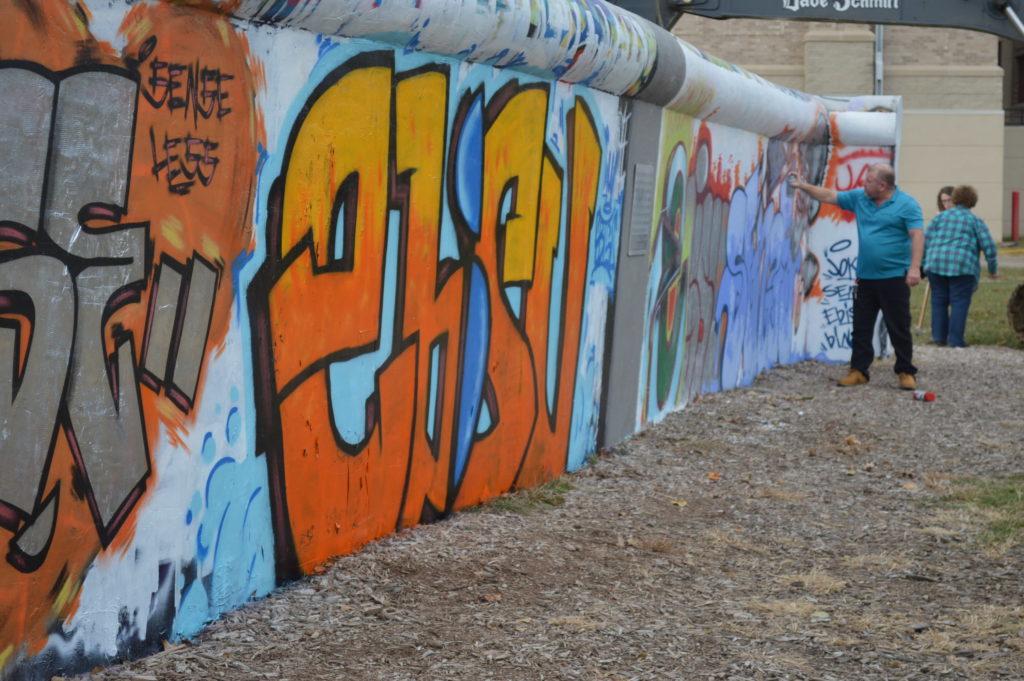 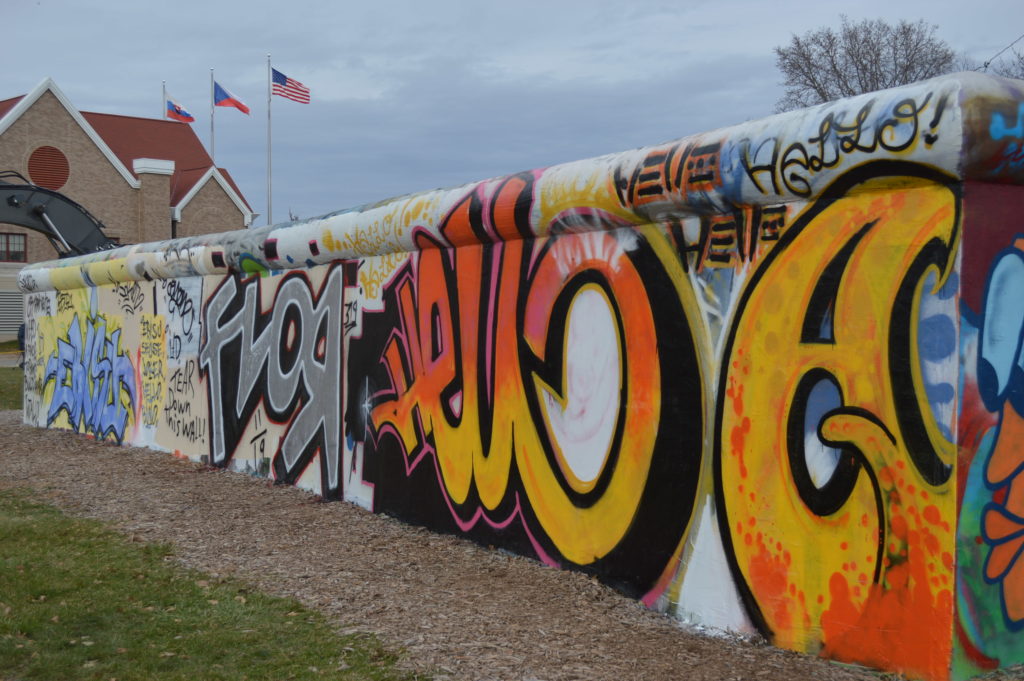 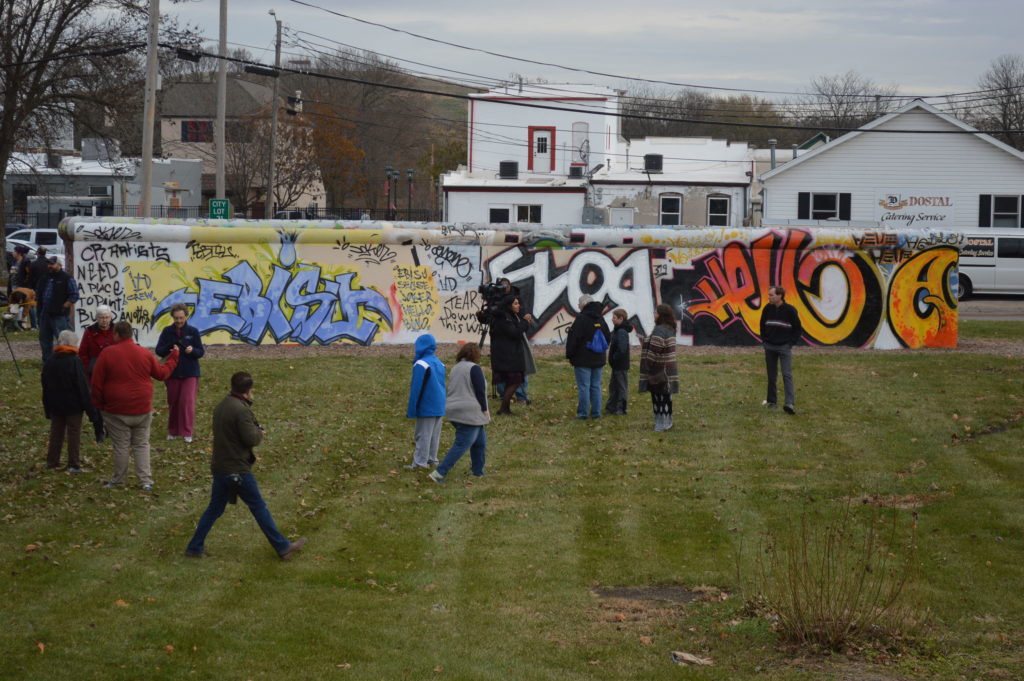 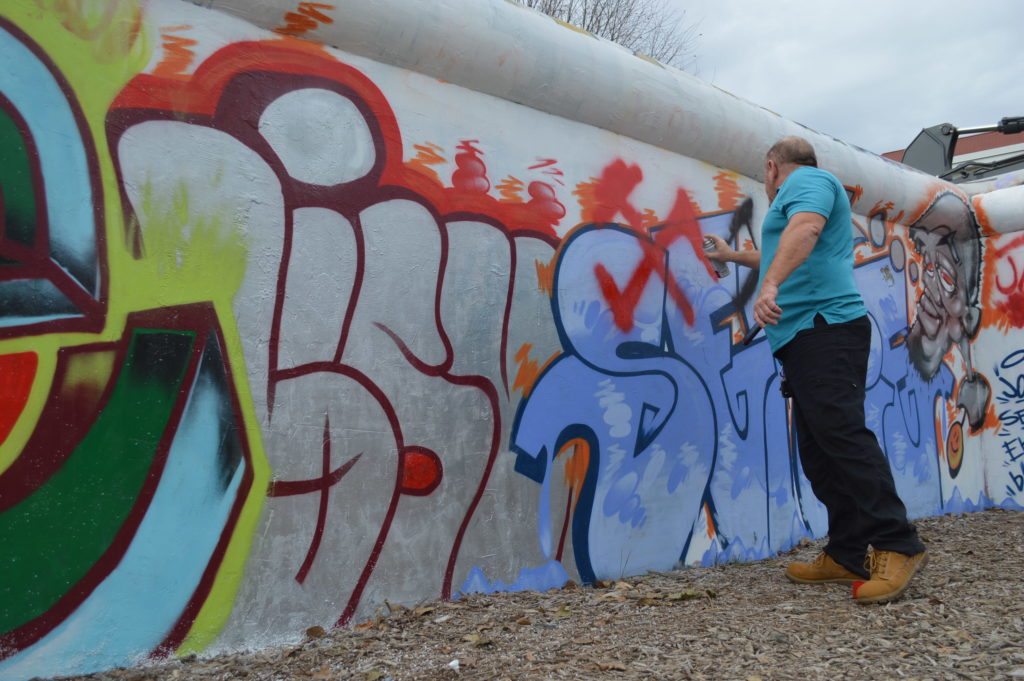 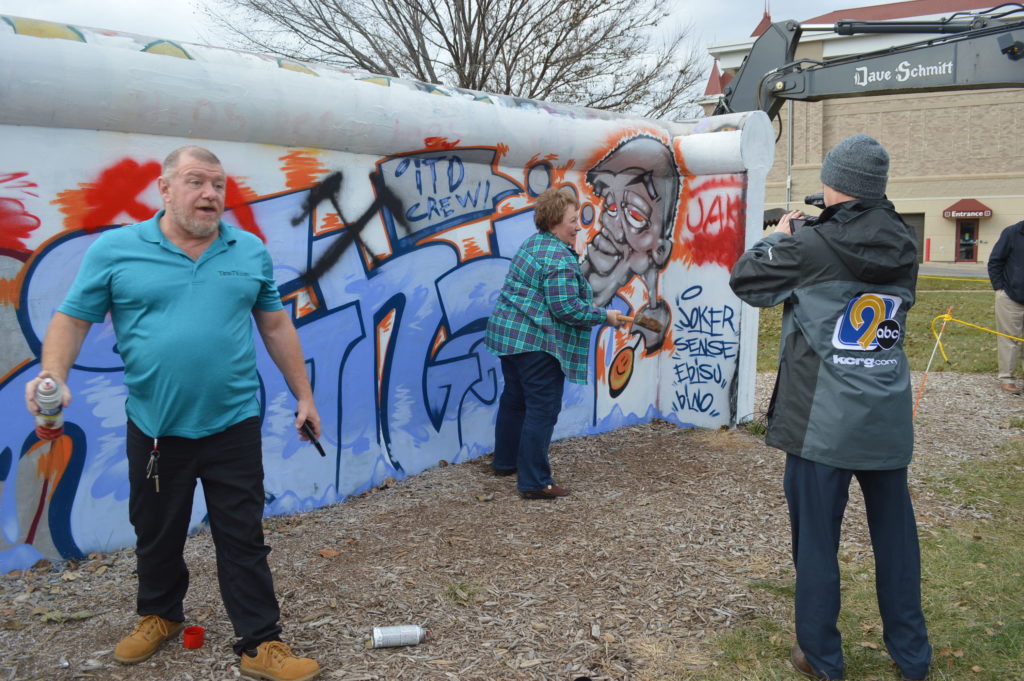 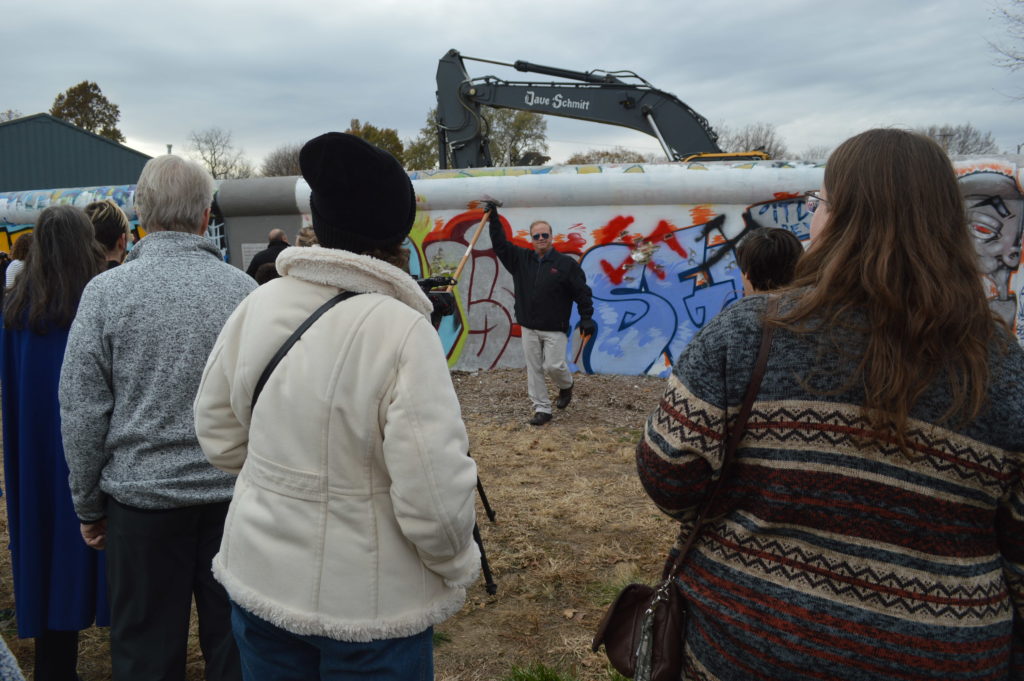 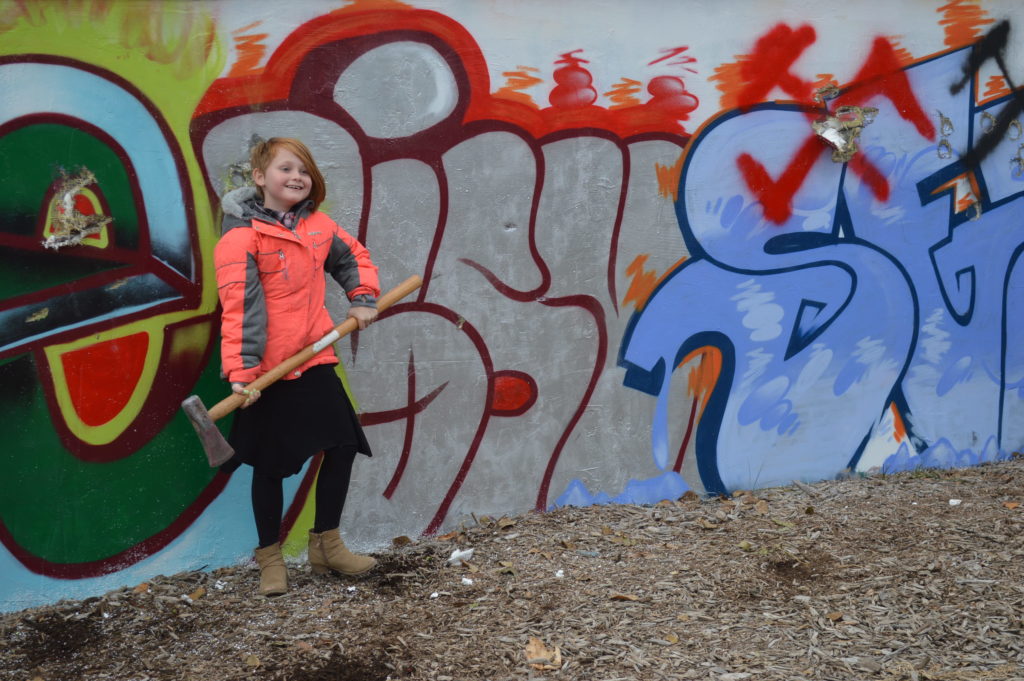 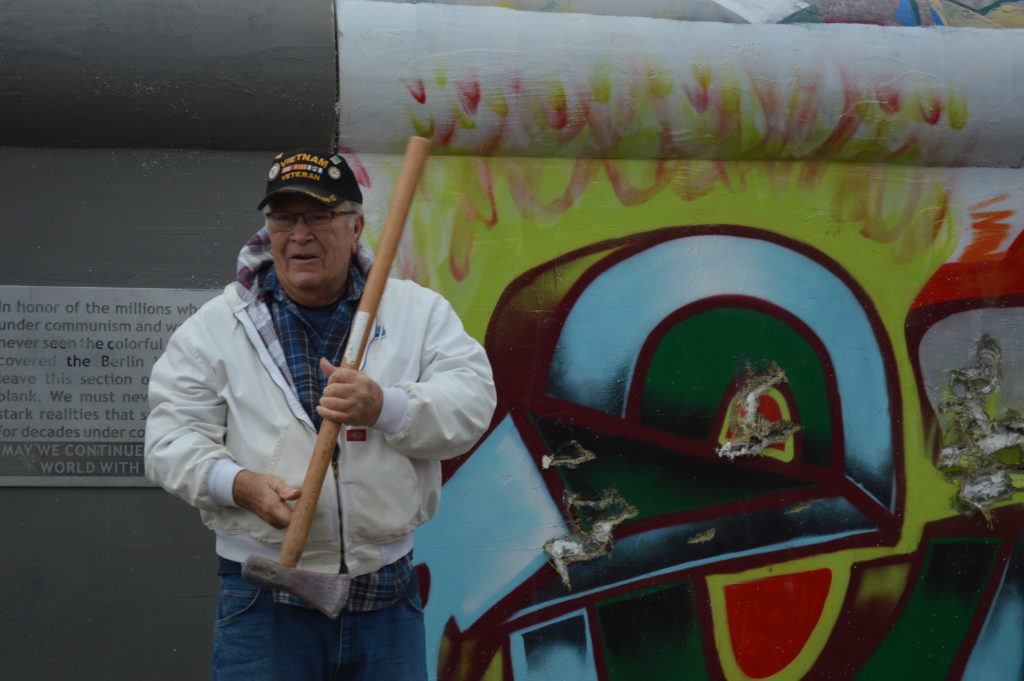 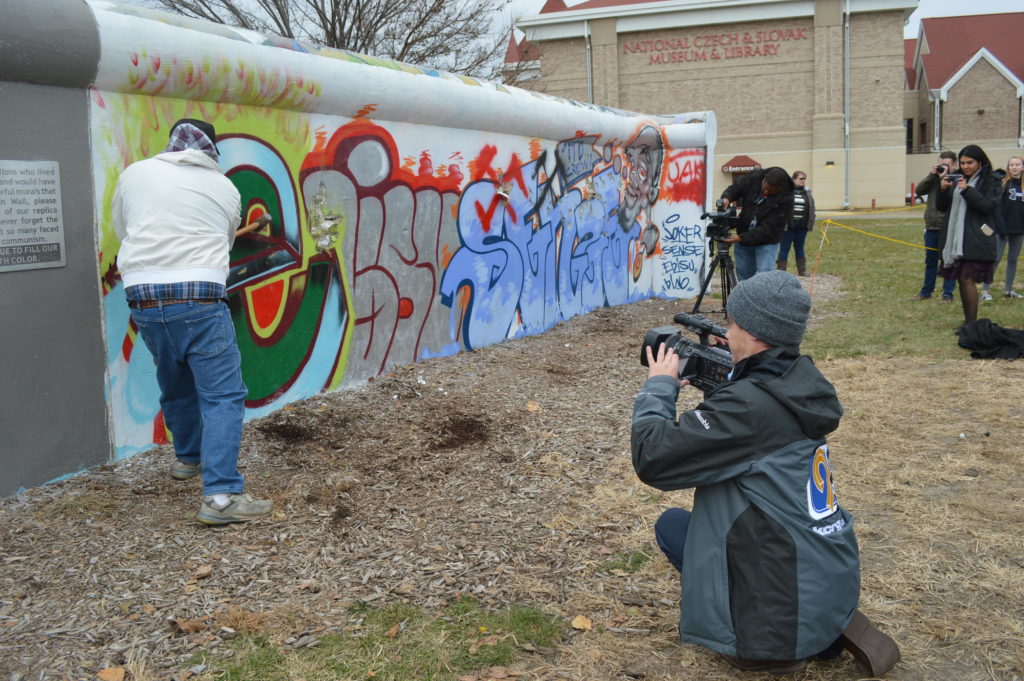 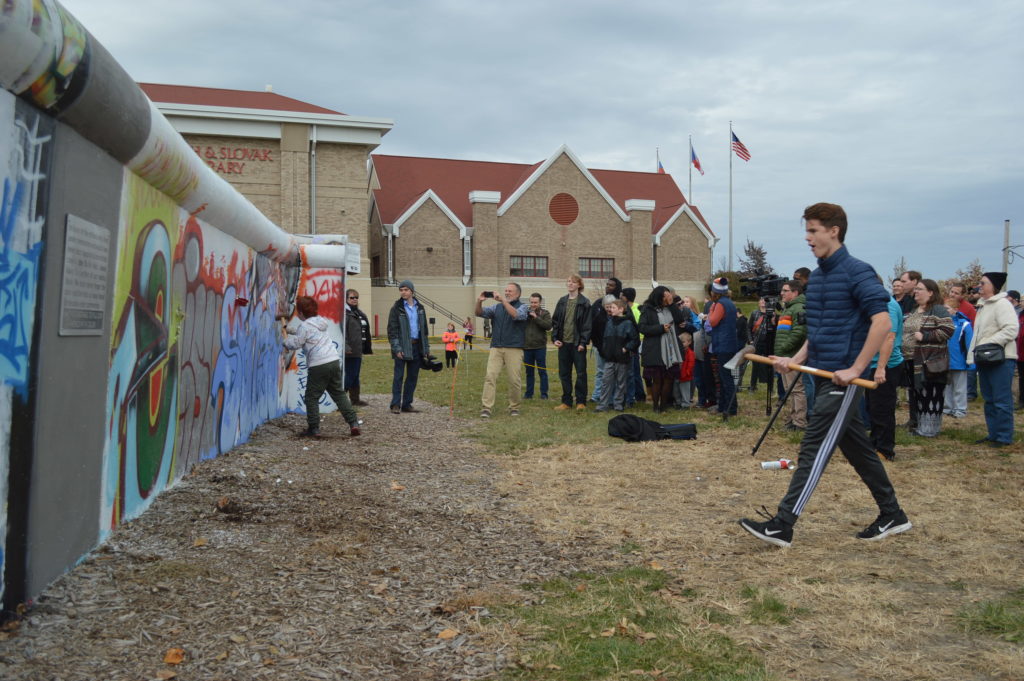 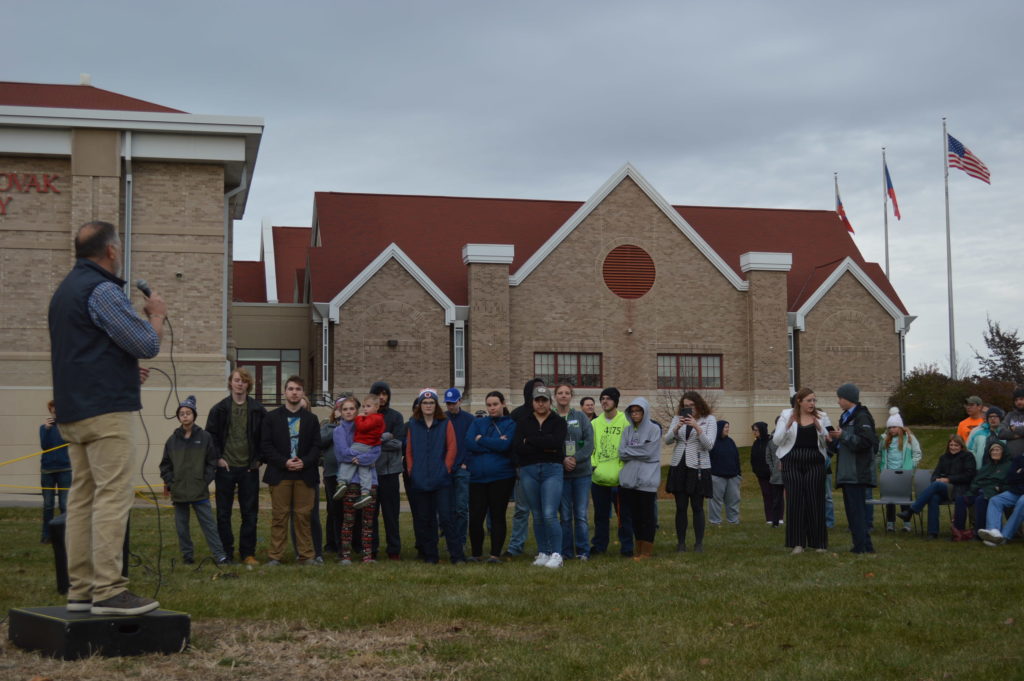 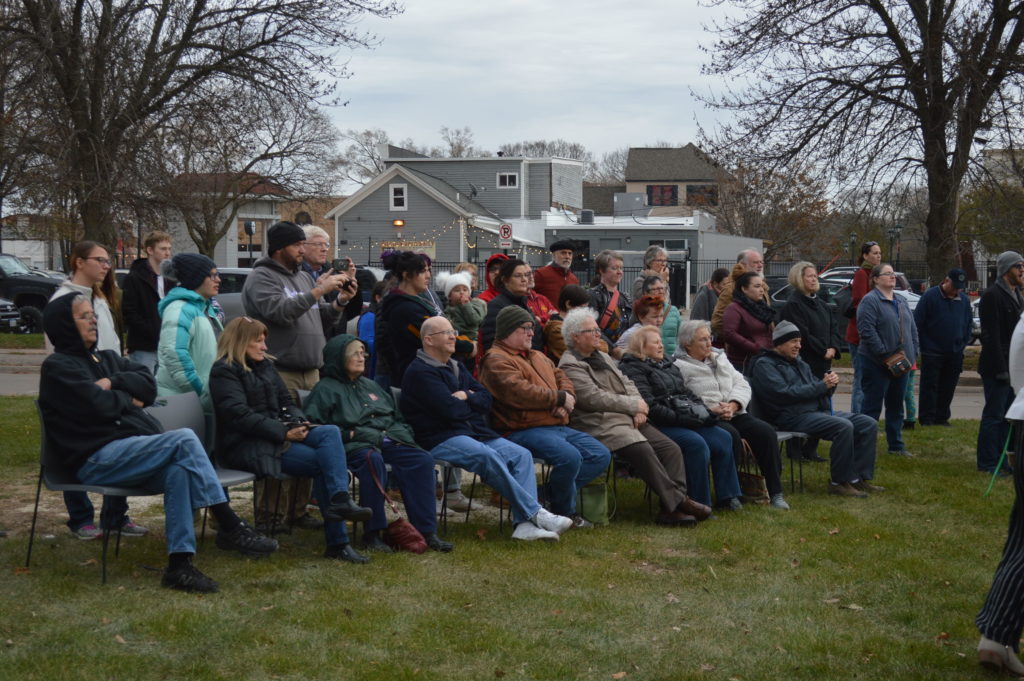 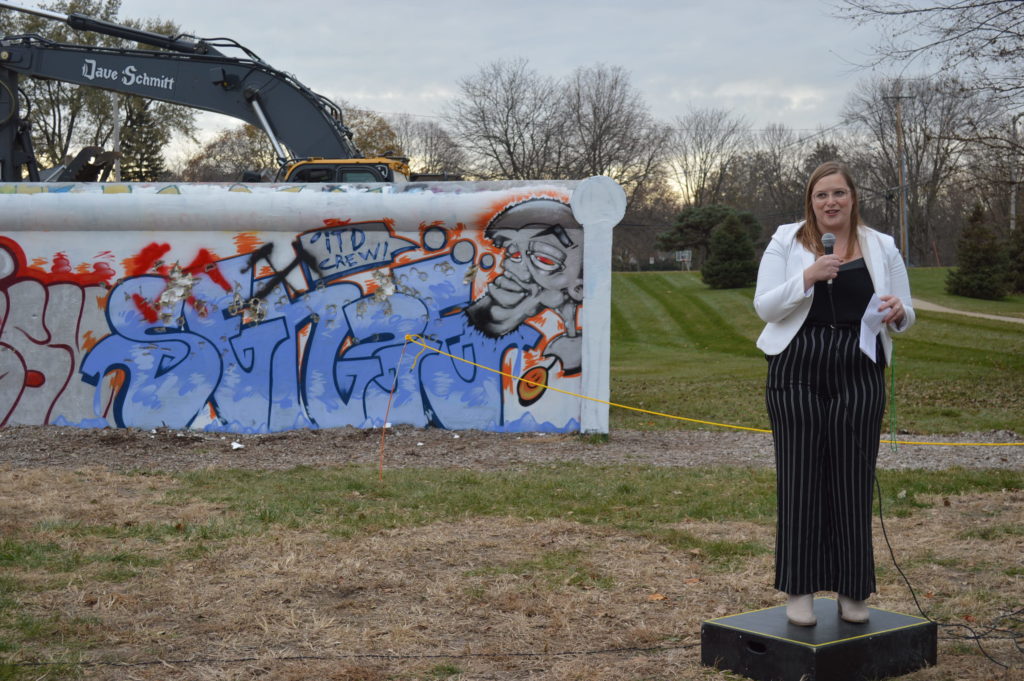 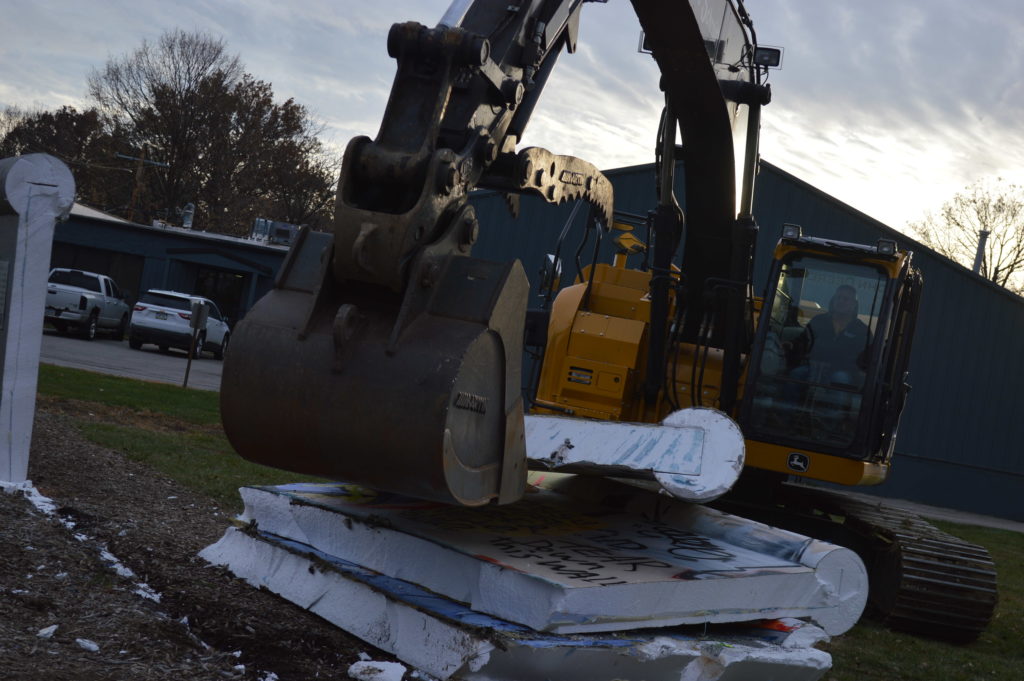 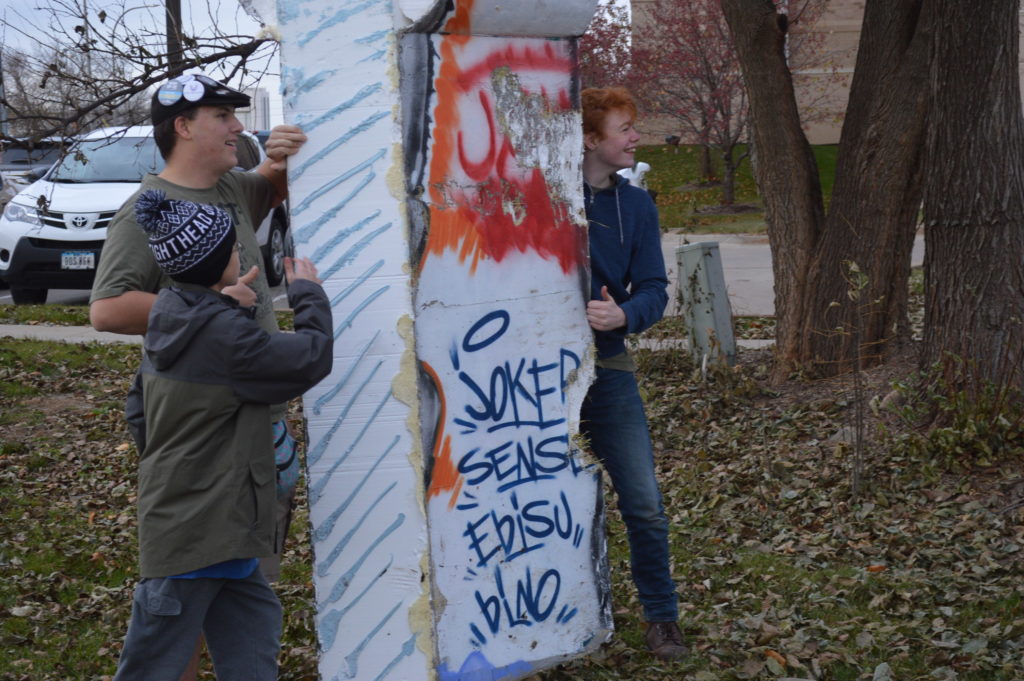 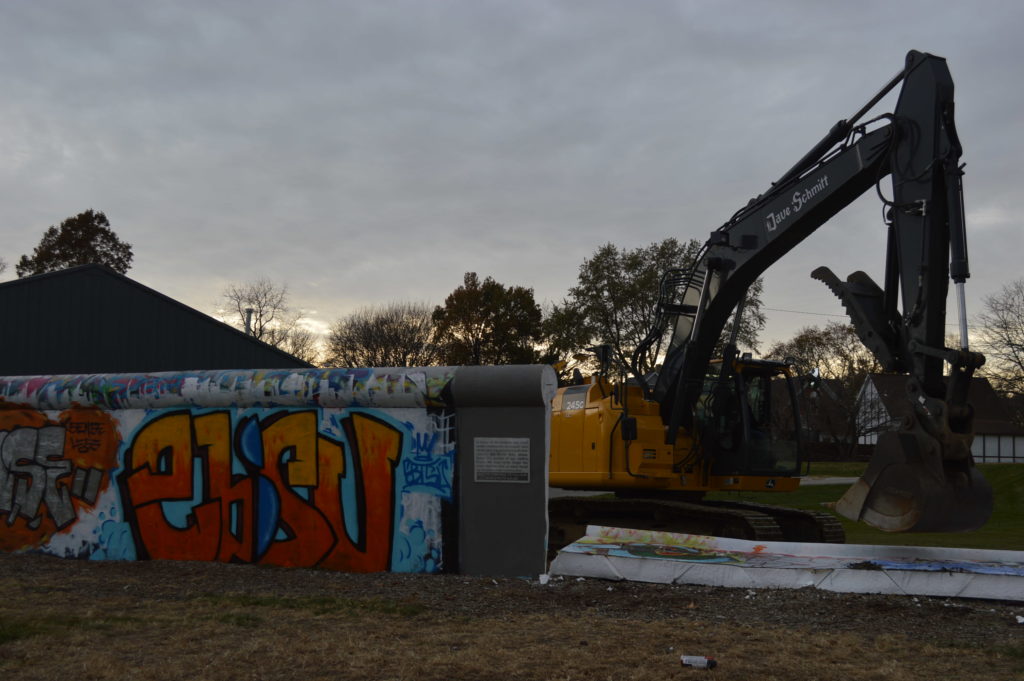 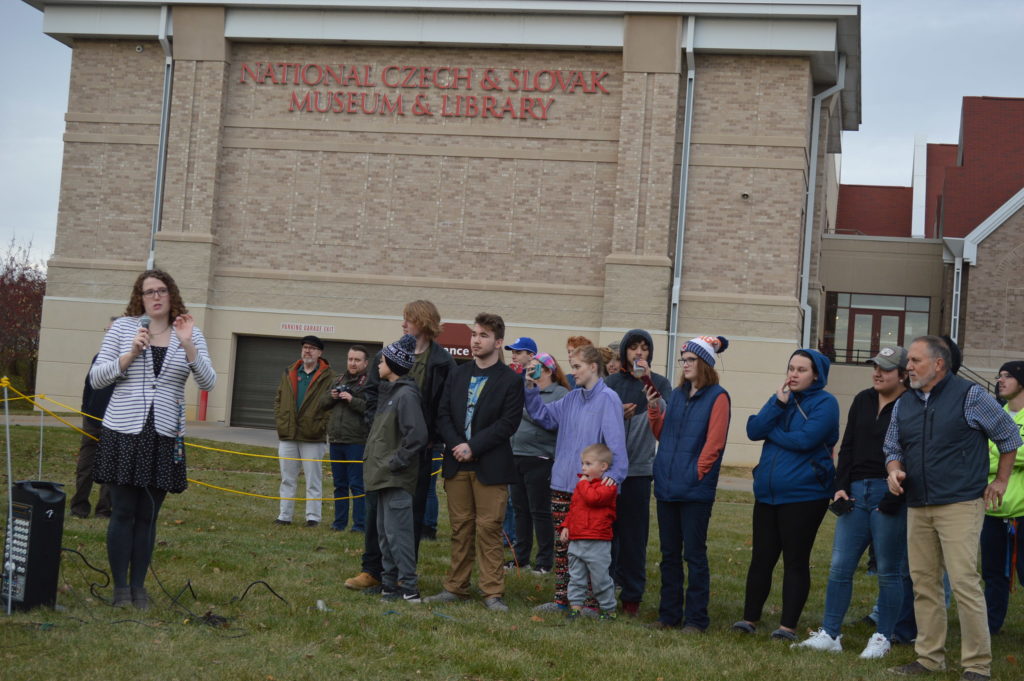 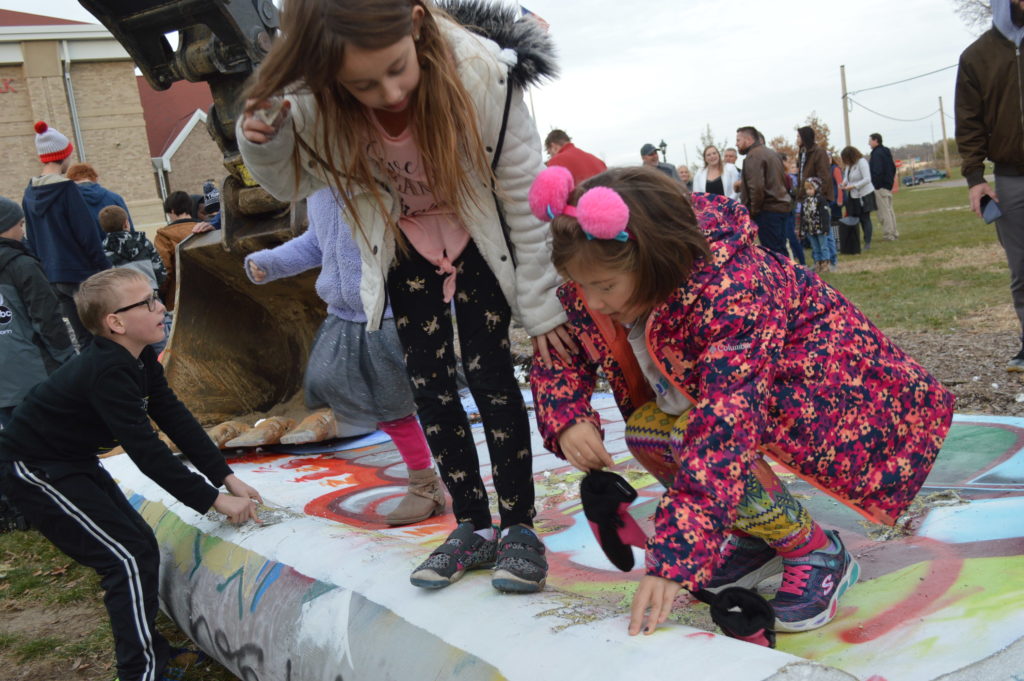 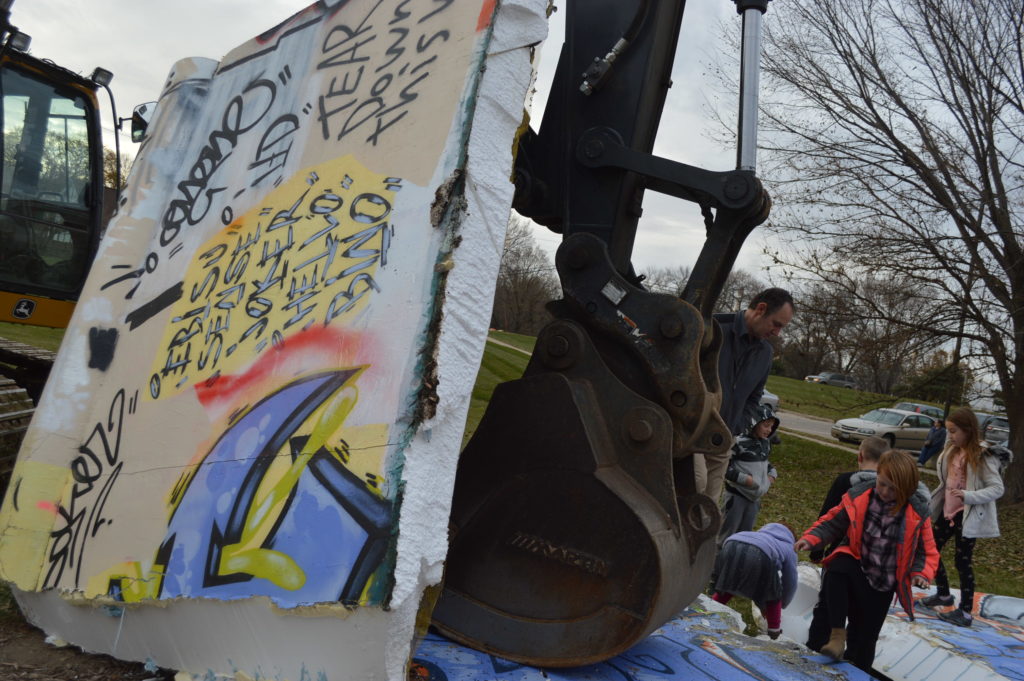 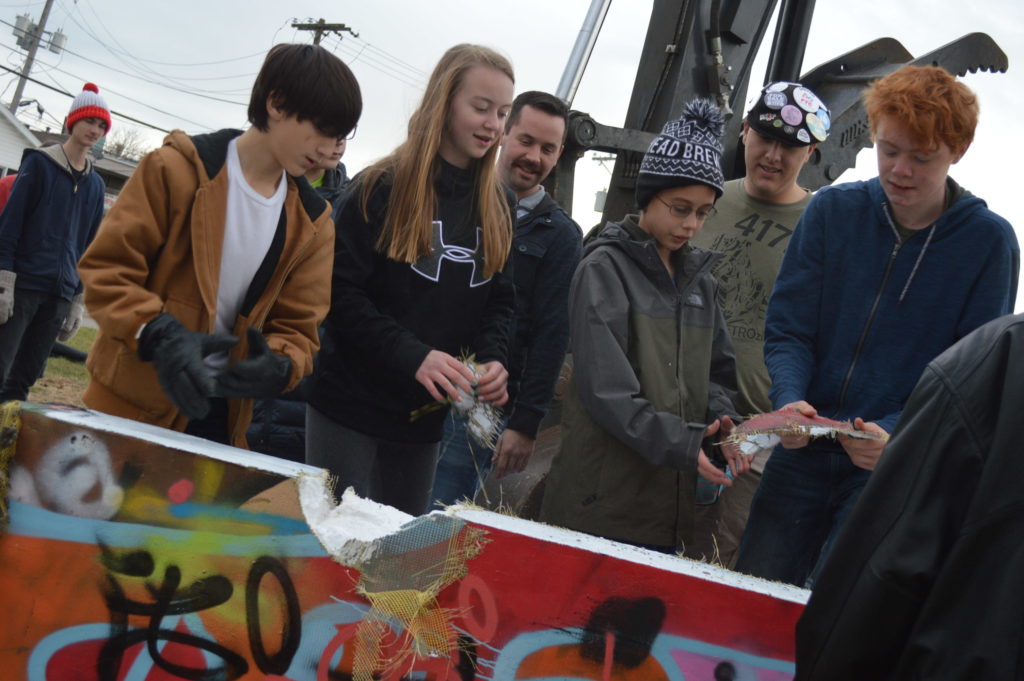 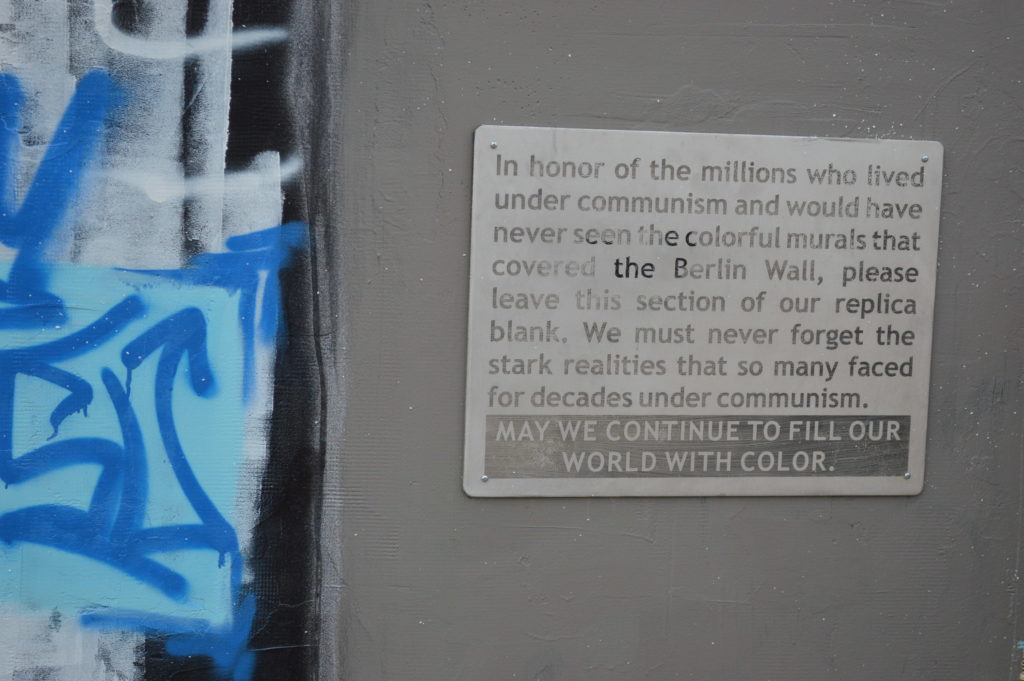