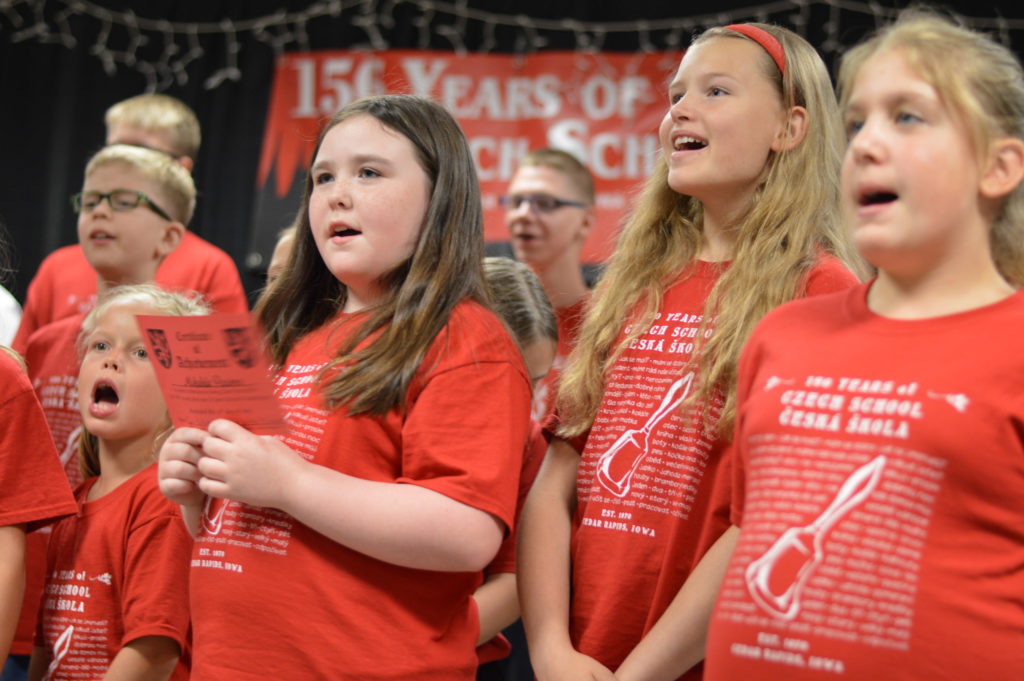 CEDAR RAPIDS — In its early years, the Czech School in Cedar Rapids, Iowa, ended sessions with an ice cream social, a tradition that continues today. 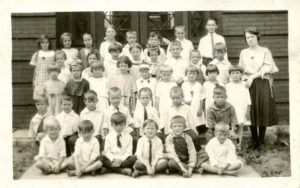 Czech School students are shown with their teacher in front of the school building at Second Street SE in the early 1920s. (photo/National Czech & Slovak Museum & Library)

Past students recalled the socials held along the banks of the Cedar River, behind the school on Second Street SE.

The school building is no longer used for Czech classes, but Czech School has continued, celebrating a milestone 150 years this summer. The earliest references of the school date back to 1870, as newly arrived immigrants sought to preserve their language and customs.

Former students, such as Marge Pace, who attended in the 1920s, recalled receiving a diploma upon graduation, but at the time, there was no official graduation ceremony or program. That changed over time, with a “final program” being added to the ice cream social to showcase what the students had learned. 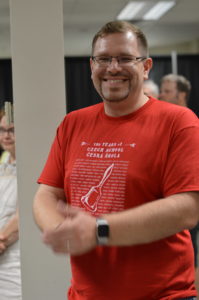 Students ages 6 to 14 still attend Czech School during summer sessions, while adults also have an opportunity to learn the language at weekly classes that coincide with the classes for younger students.

Classes this summer were at Wilson Middle School, led by three teachers from the Czech Republic. Holly Robe served as music coordinator, a post her late grandmother, Olga Drahozal, held years before.

As their predecessors had done for generations, students on July 12, 2019, sang Czech songs — such as Bejvávalo and Šla Nanynka do Zelí  — performed a dance and skits in Czech and a few graduated during the Final Program & Ice Cream Social, held in the social hall of St. Ludmila’s Church in Cedar Rapids.

To mark the monumental occasion, Cedar Rapids Mayor Brad Hart read a proclamation, recognizing the Czech fraternal organizations, churches and other entities that have contributed to the longevity of Czech School.

Watch a video with interviews of past students, teachers and School Board members undertaken for a book on the 150-year history of Czech School, along with performances by current Czech School students.

Learn about other Czech activities in Iowa and see more photos from the final program, below: 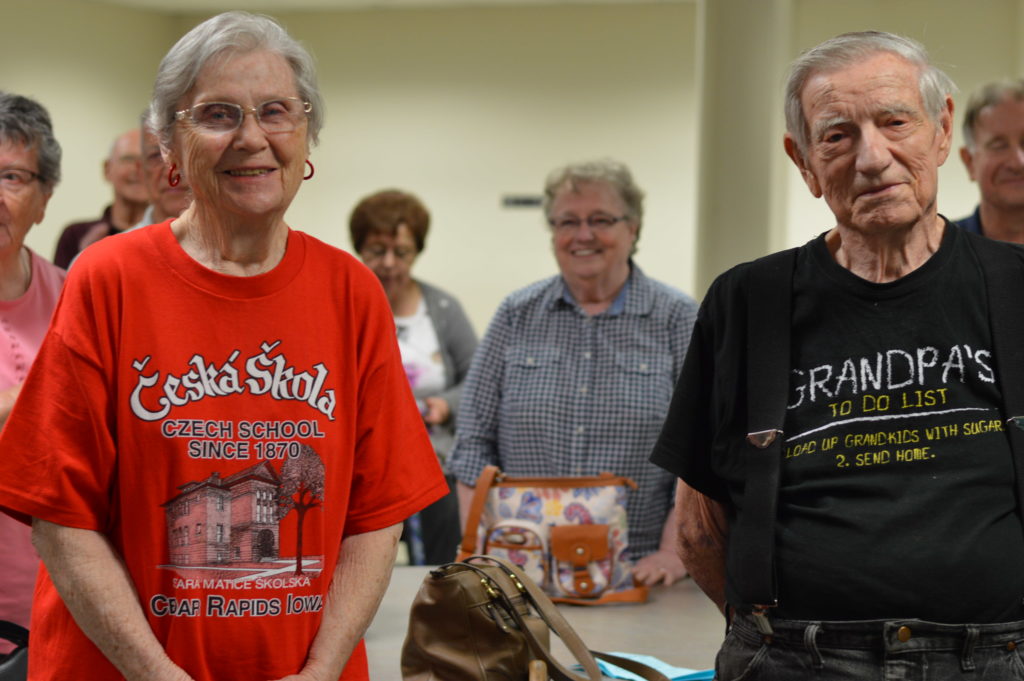 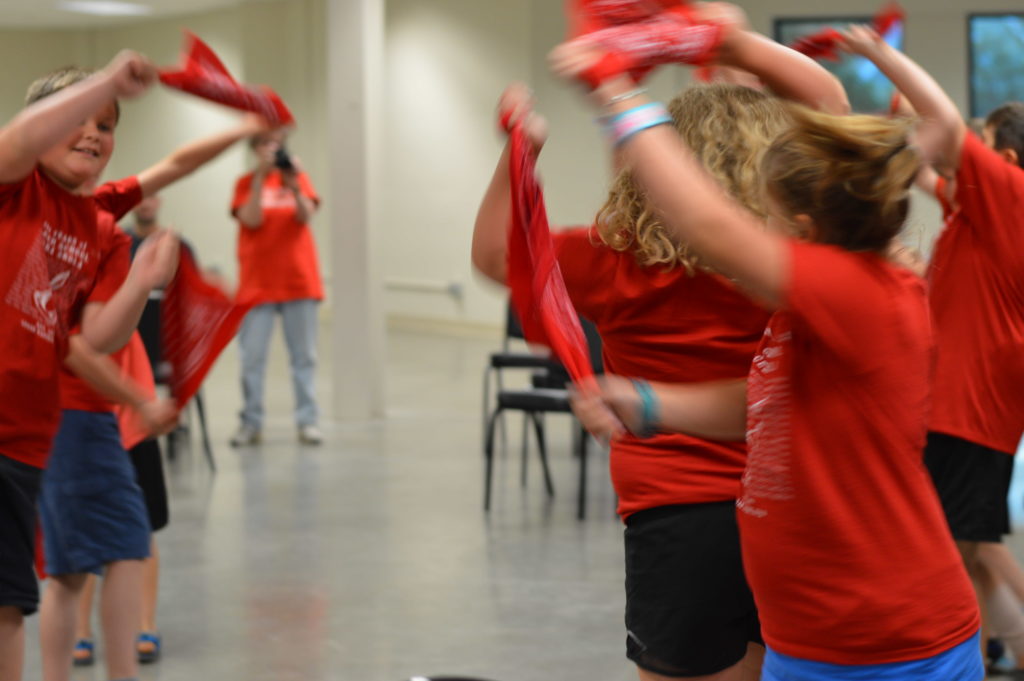 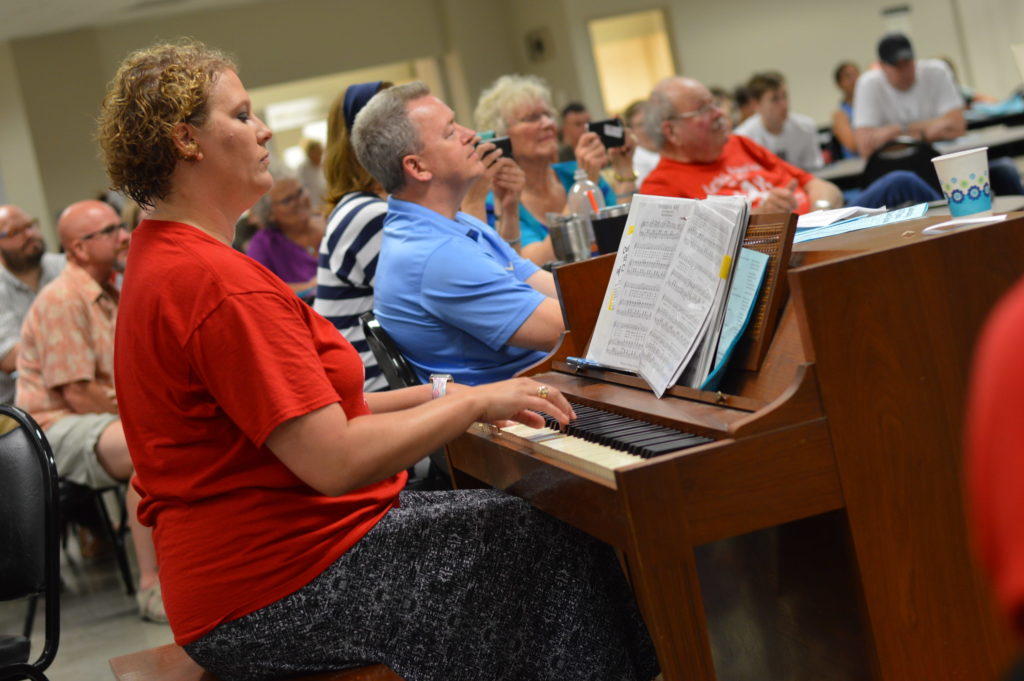 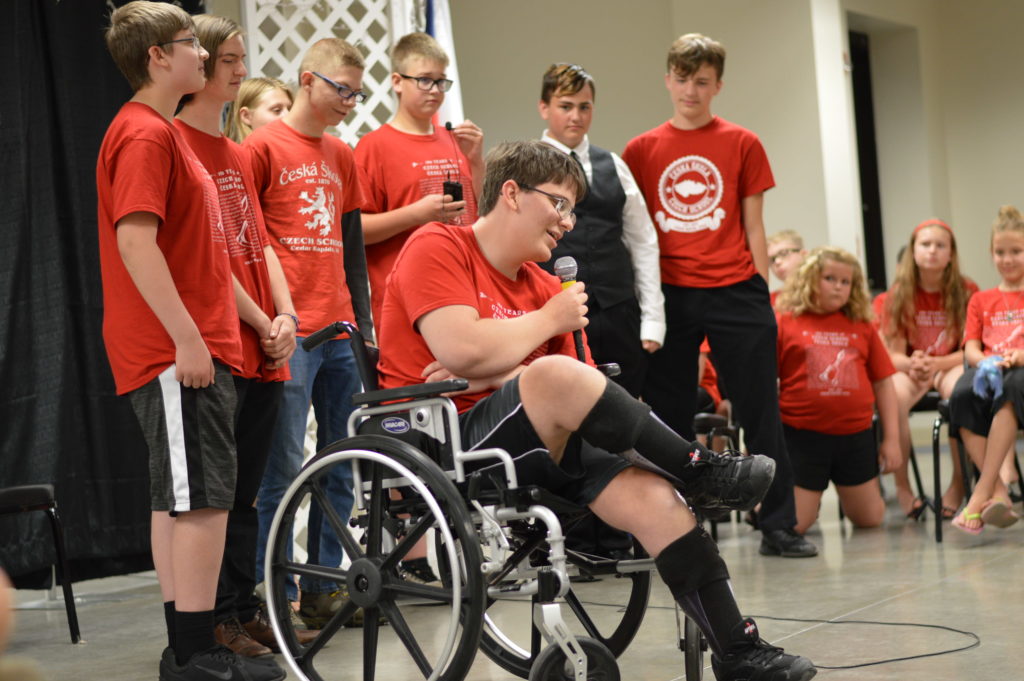 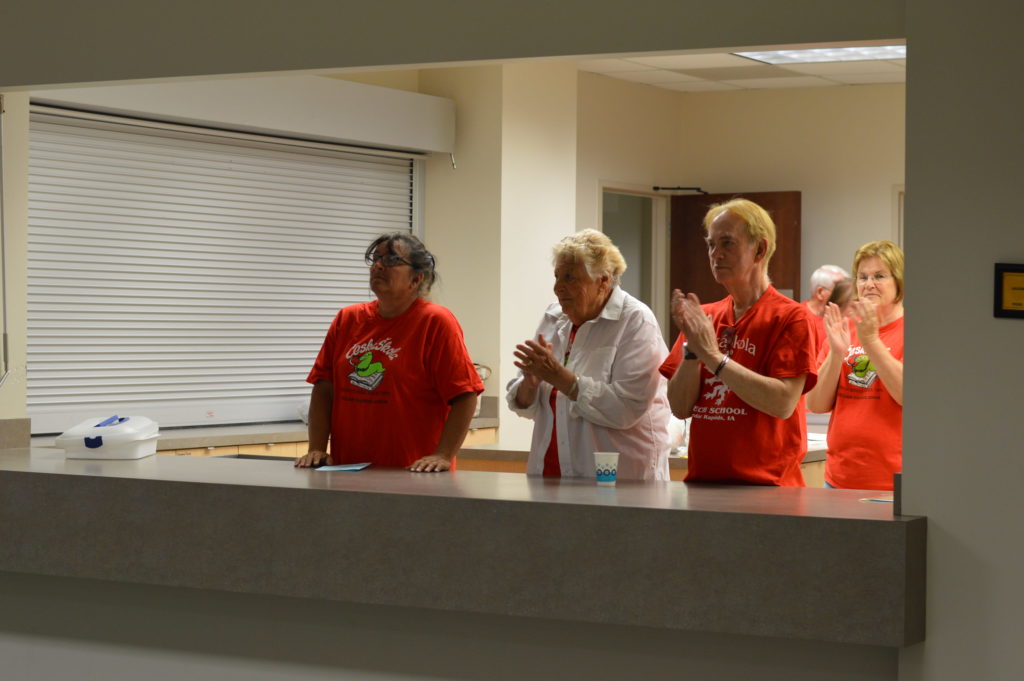 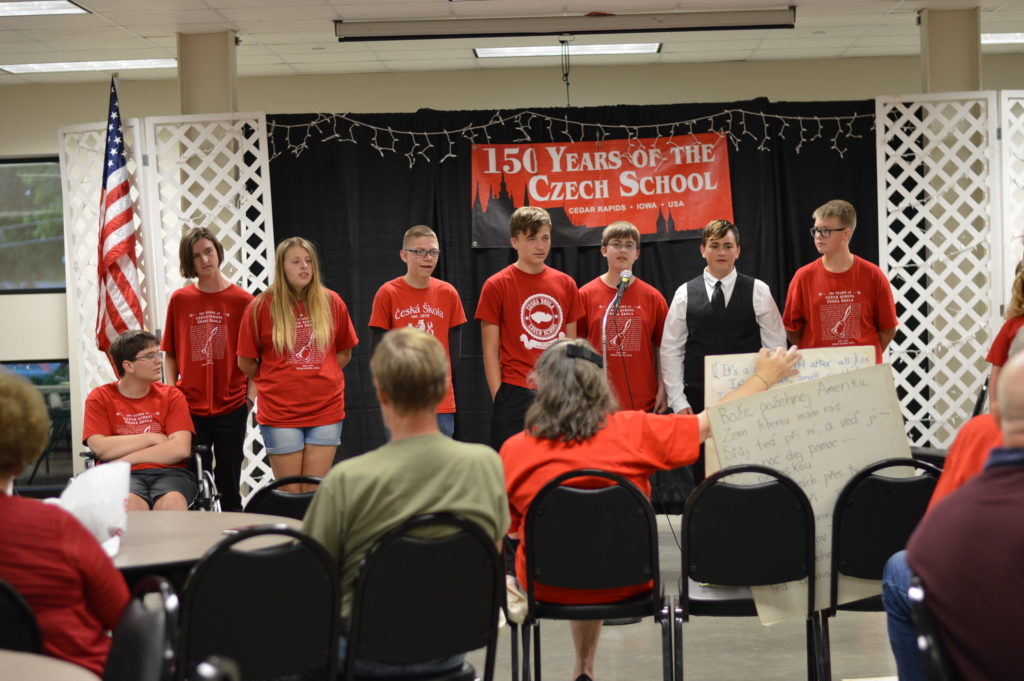 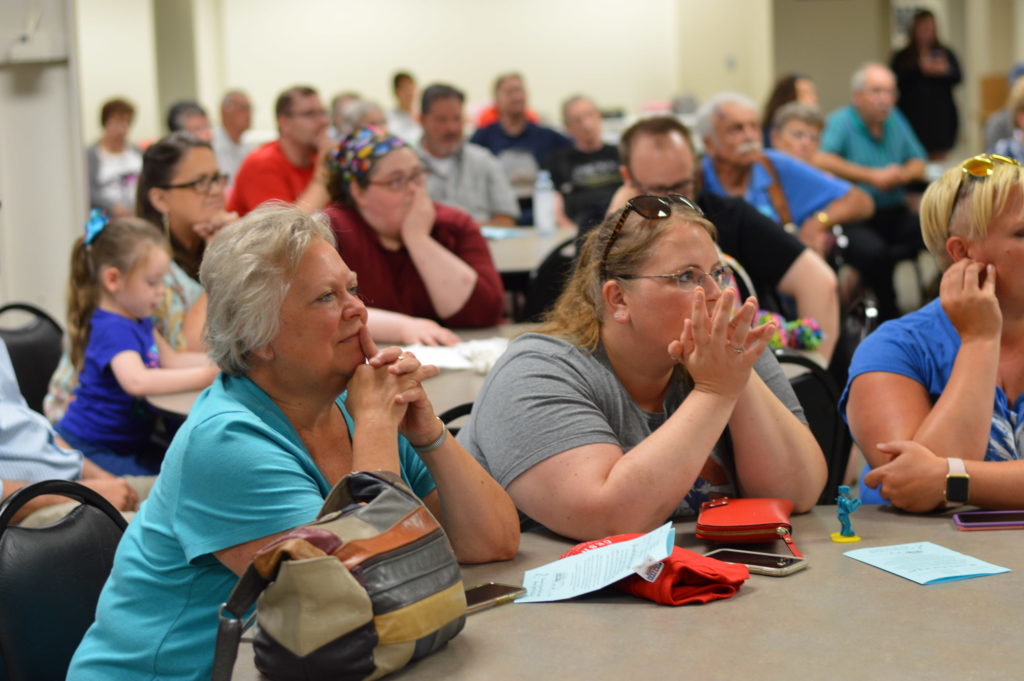 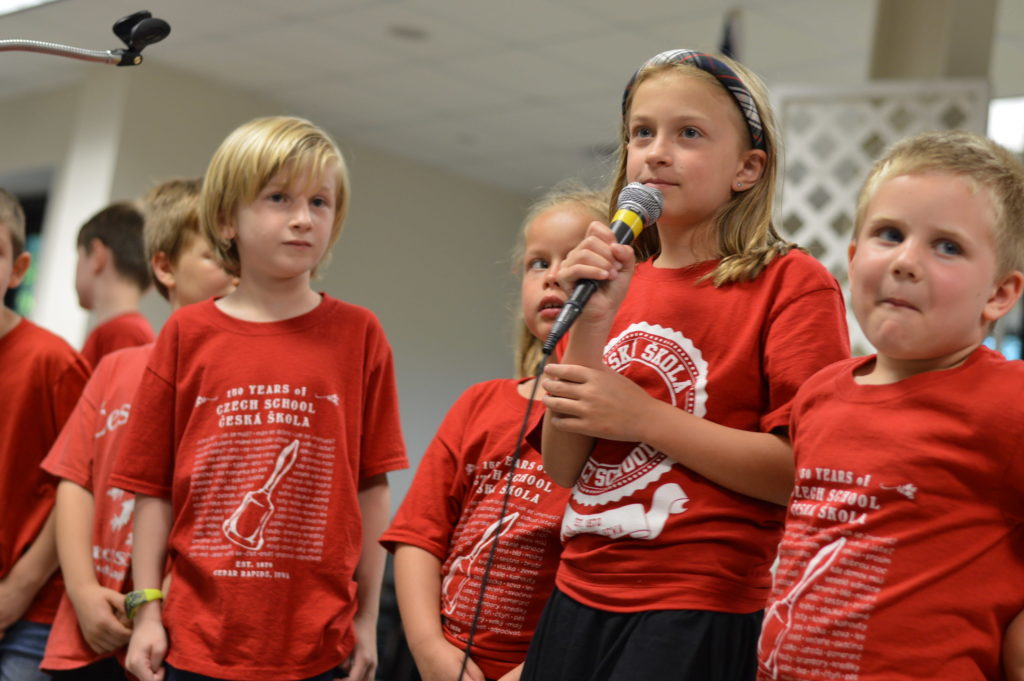 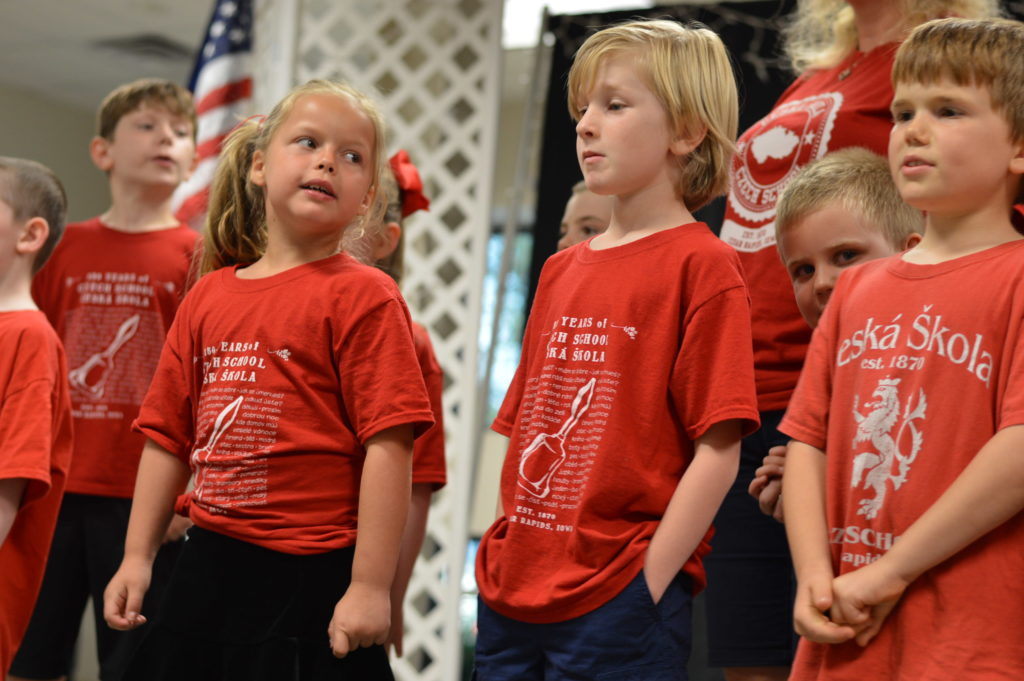 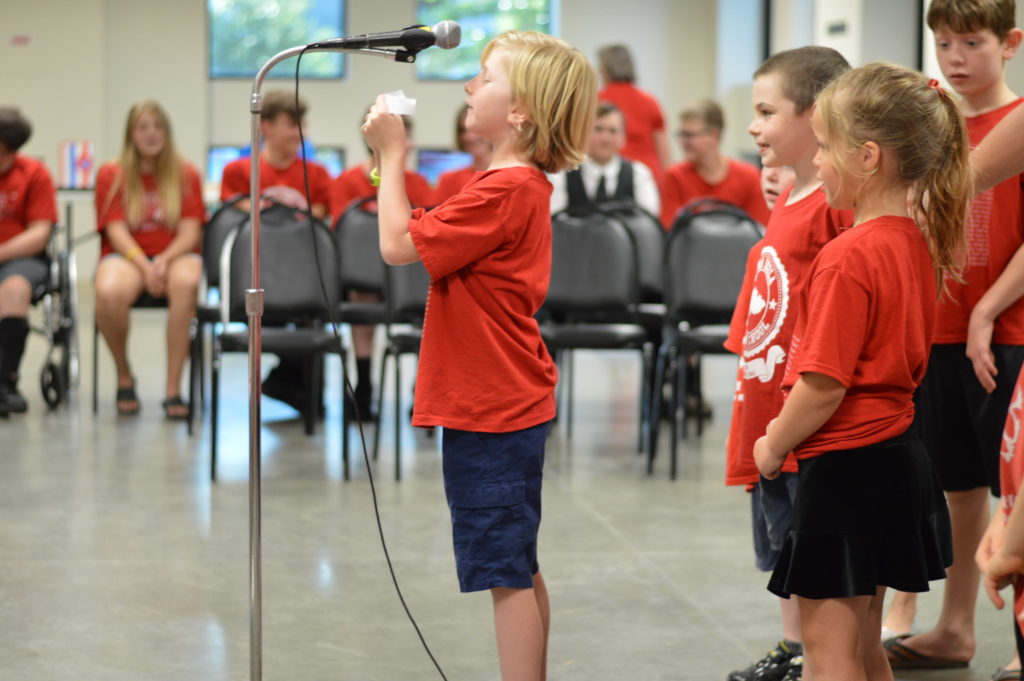 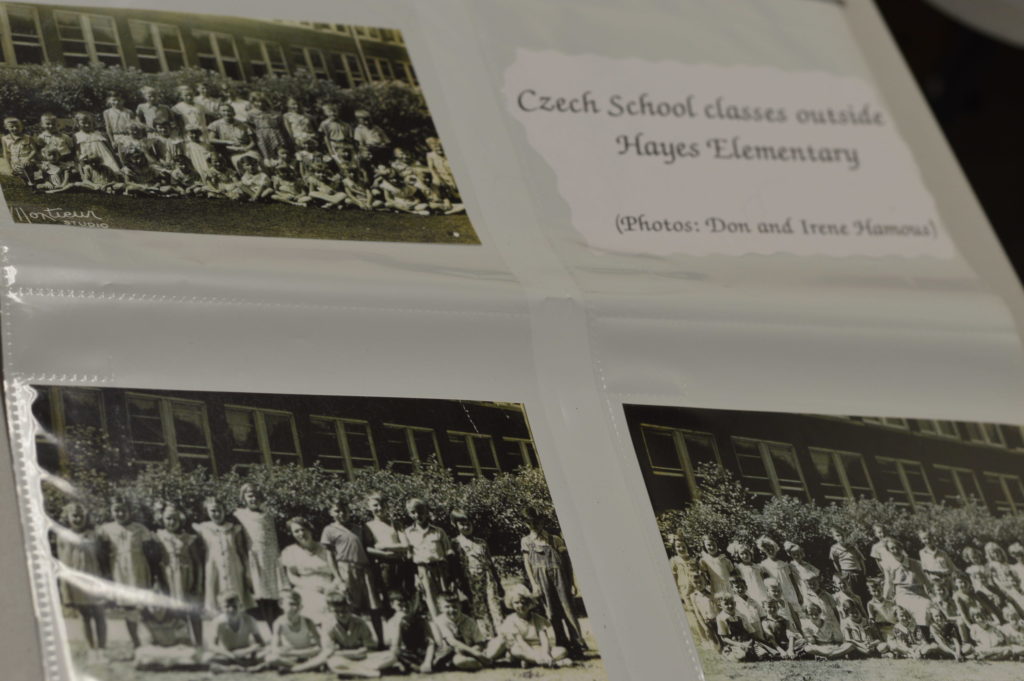 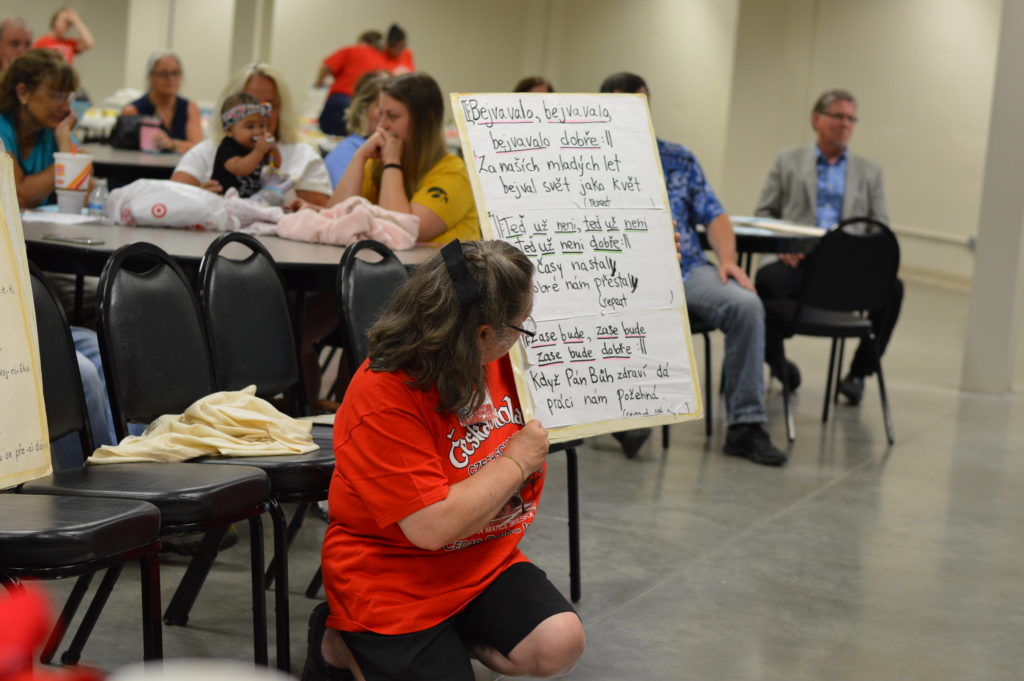 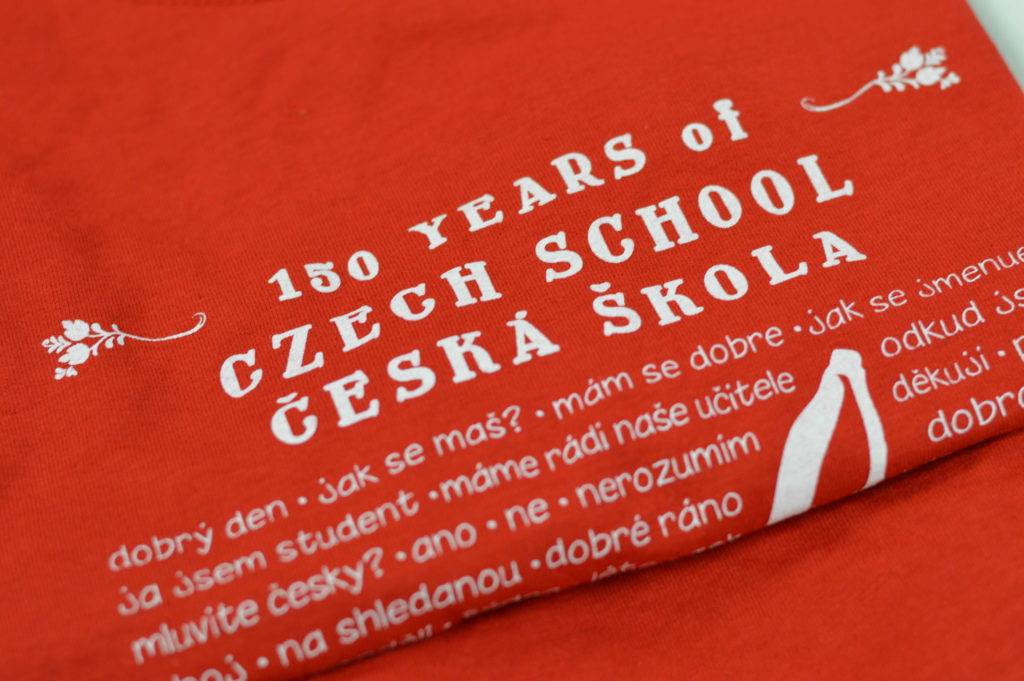 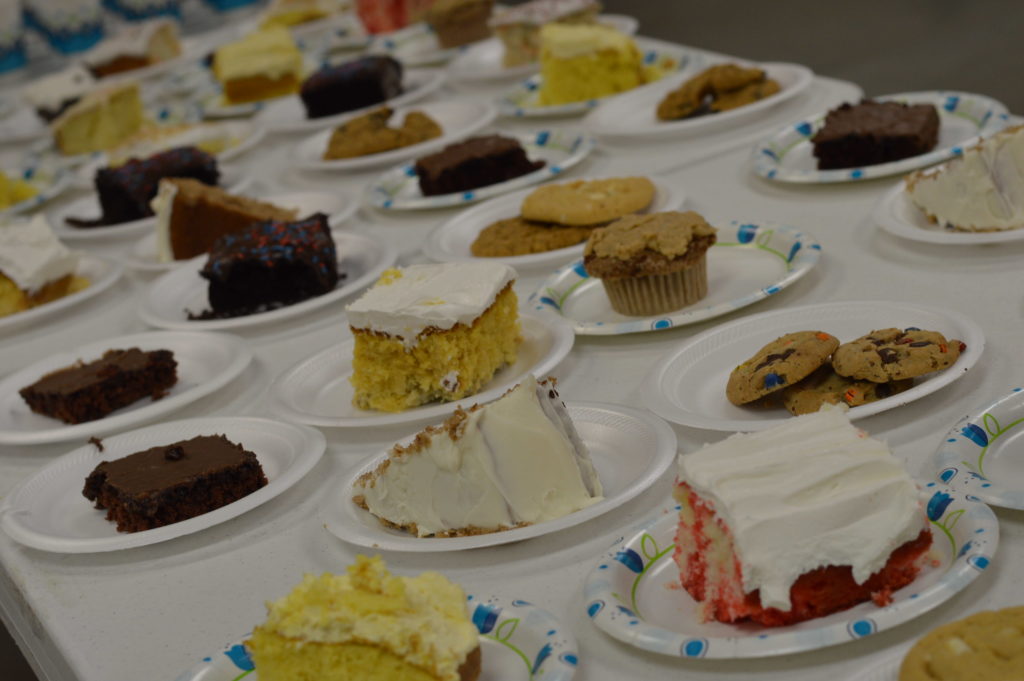 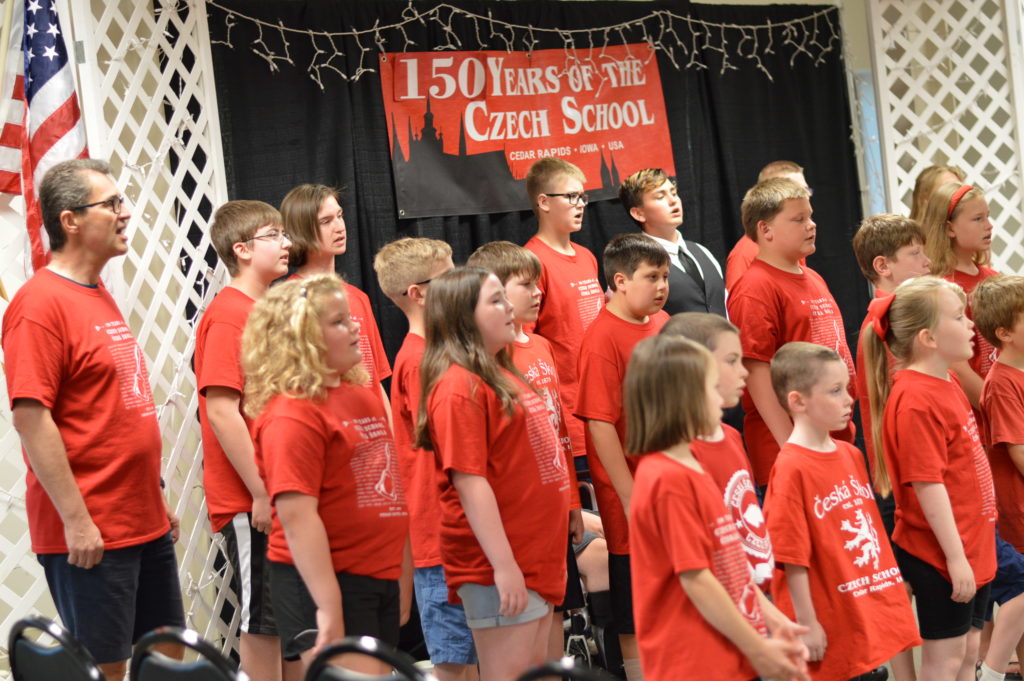 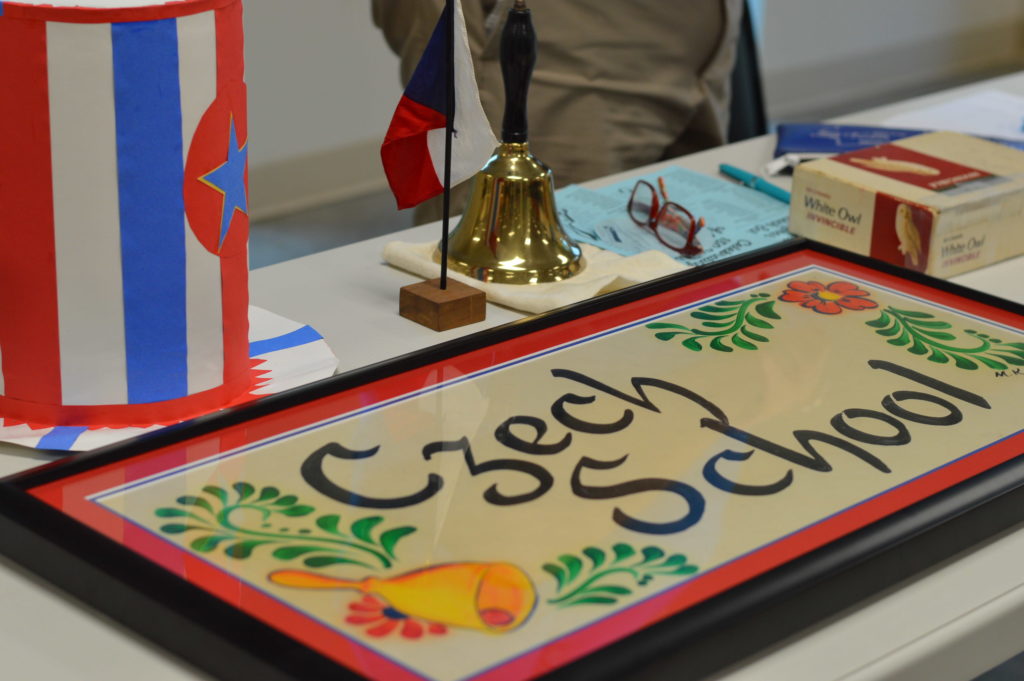 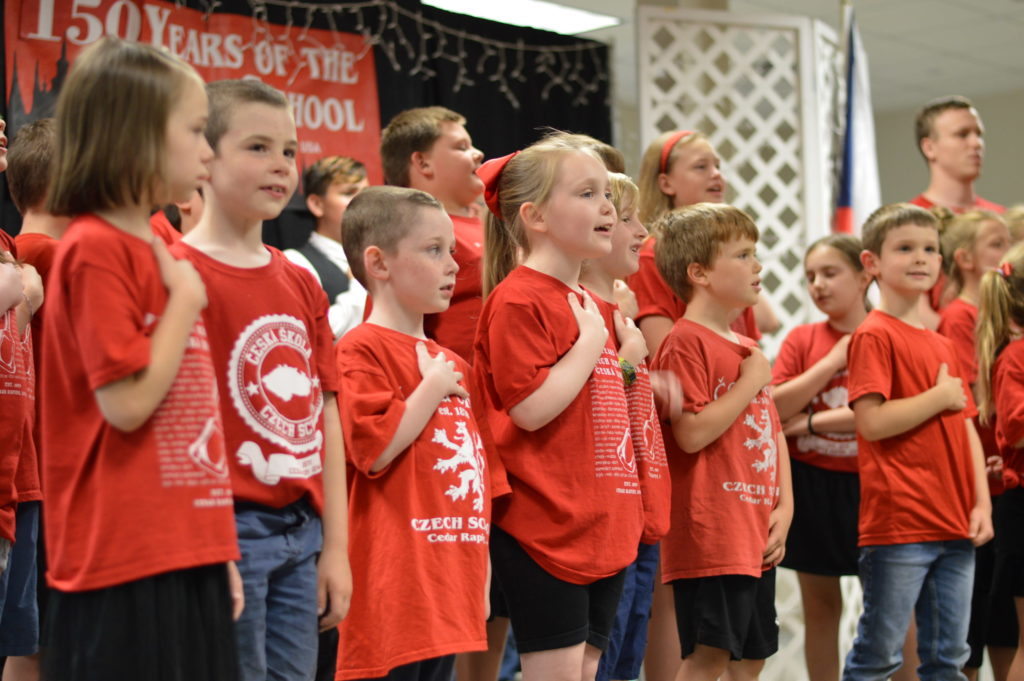 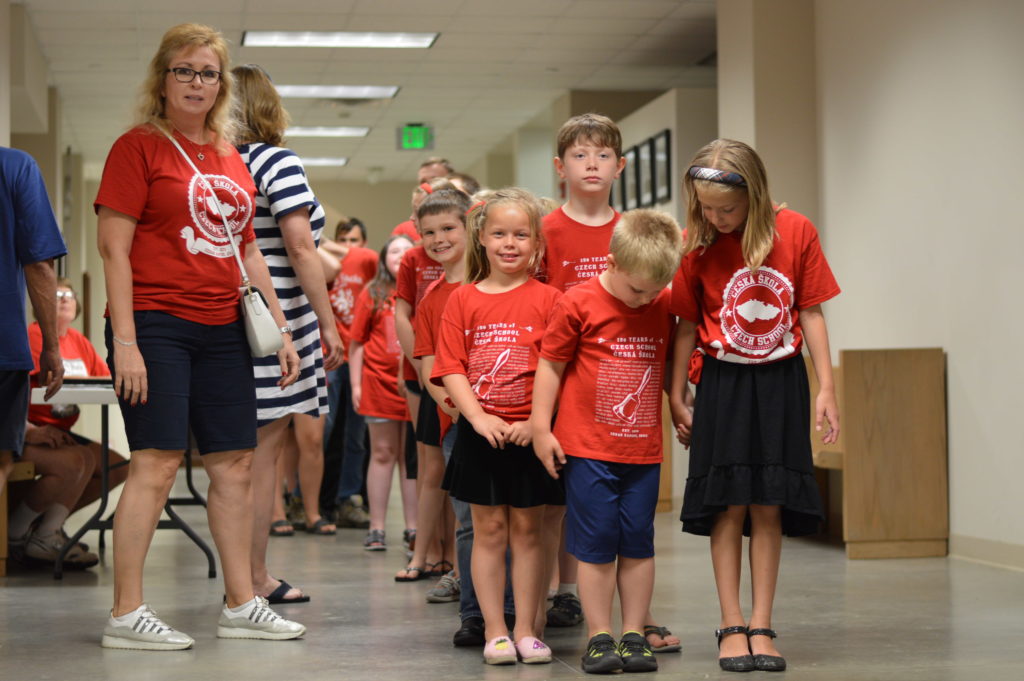 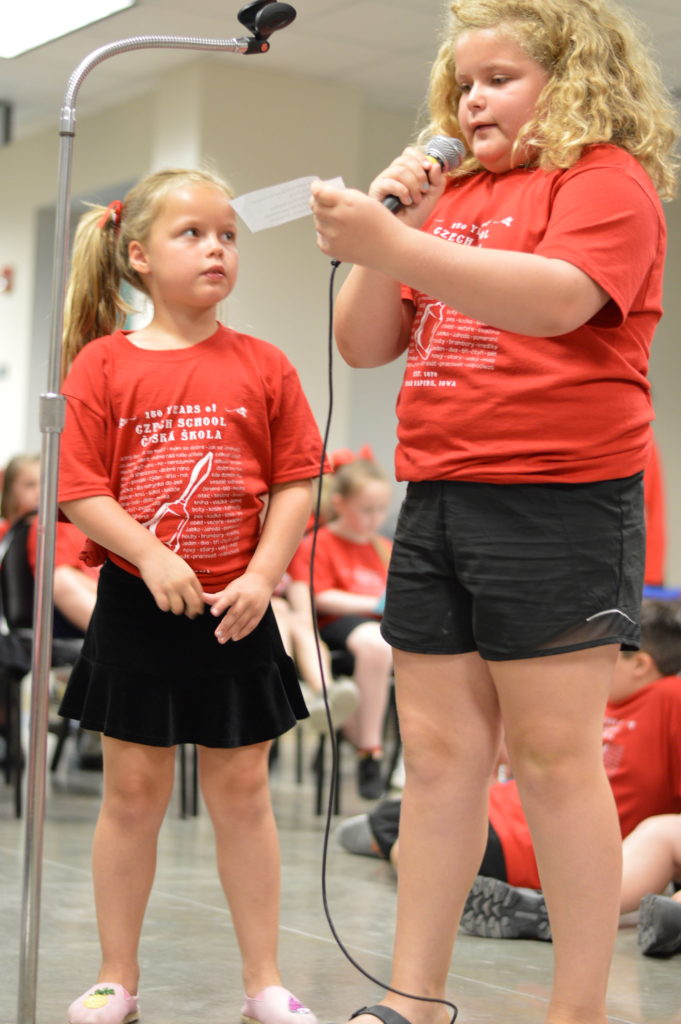 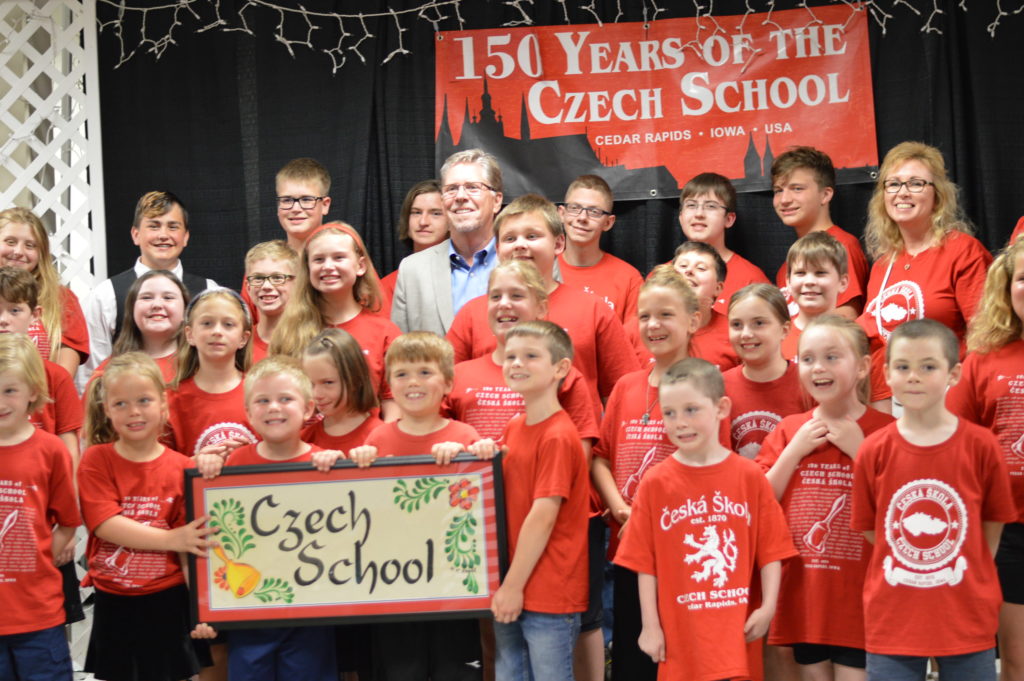