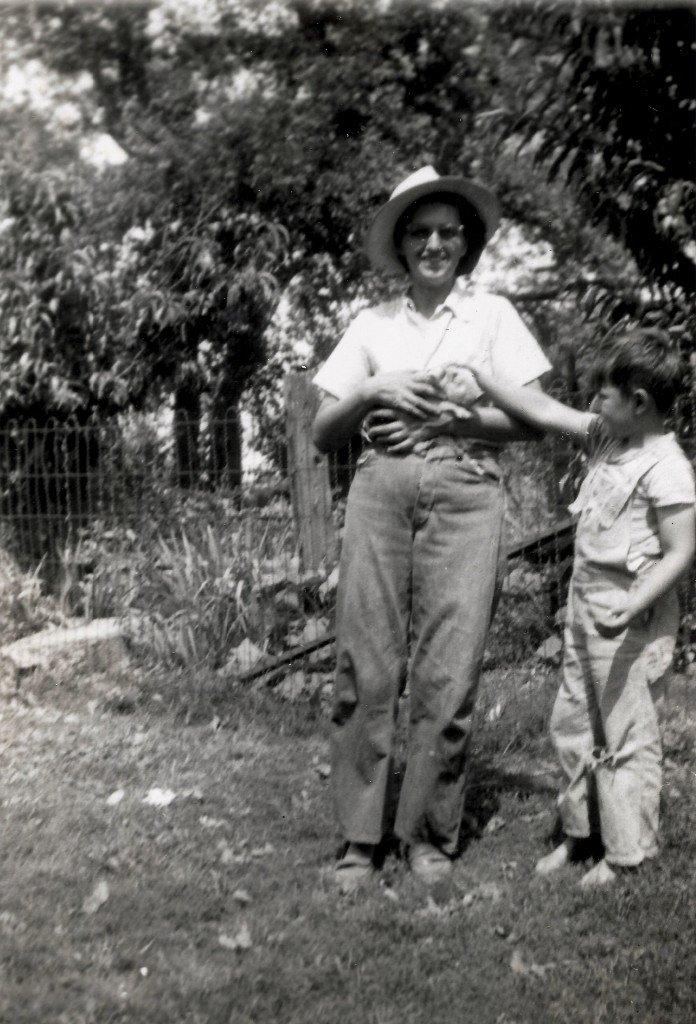 Elsie Musel and one of her sons, Craig Musel, are shown in the early 1950s at their farm in rural Chelsea, Iowa. (photo/courtesy Gregg Hadish)

One of my grandma’s most memorable attributes was her warm smile.

Even while grandma, Elsie Musel, wasn’t one to seek the limelight, her kindly smile can now be seen by a wide audience.

Decorah-based Seed Savers Exchange features a photo of my grandma on the cover of its new brochure, along with background behind her seed contribution: the Chelsea Watermelon.

“Every seed has a story to tell,” the brochure notes. “The Chelsea Melon is one of them.”

Before the Great Depression, it notes, the hills of Chelsea, in east-central Iowa, were known for growing sweet watermelon.

In 1999, grandma’s neighbor, Marvin Kucera, brought a watermelon to Seed Savers’ Heritage Farm that he had grown from seed my grandma had given him. The Chelsea Watermelon was first offered in the Seed Savers catalog in 2006 and has been there ever since.

Mr. Kucera remembers holding seed-spitting contests while eating the melons as a treat at school, and I remember grandma saving seeds in containers in the basement freezer of the family farm.

Lou Ann Hall of Seed Savers reached out to me after I wrote about a visit to Cedar Rapids by Diane Ott Whealy, the co-founder of Seed Savers Exchange.

She was looking for a photo of grandma and as many as I thought I might have, I couldn’t find any of grandma out on the farm.

I reached out to my cousins, who didn’t have any better luck, but my brother, Gregg, who has become our family historian, came through.

While he didn’t have one of the Chelsea watermelon, he found a photo of grandma with my uncle, Craig, who would have been around 7 years old when the photo was shot in the early 1950s. 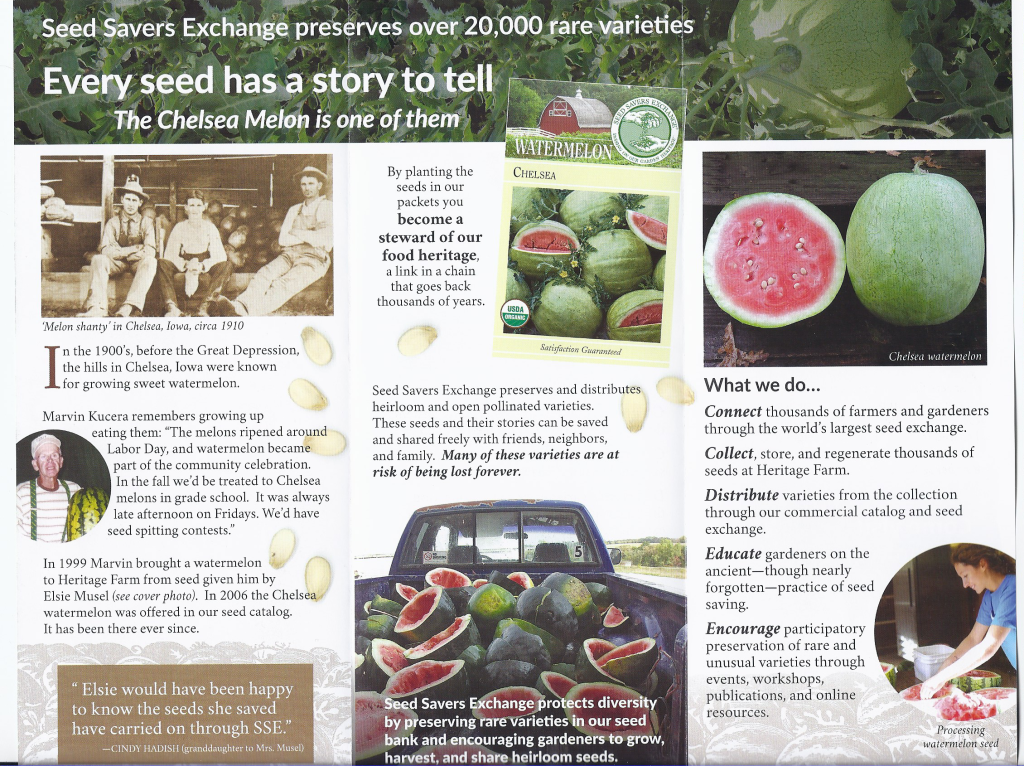 The Seed Savers Exchange brochure tells the story of the Chelsea Watermelon.