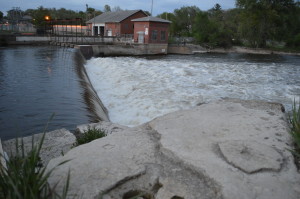 Iowans and others can show their support for clean water, clean energy, natural resources and sustainability in the coming weeks and months. (photo/Cindy Hadish)

State Sen. Rob Hogg is making it easy for anyone who wants to help make a difference with climate advocacy. Hogg sent the following seven climate actions that Iowans – and in some cases, anyone – can take this spring. Note that comments for the first item are due soon, on Feb. 25, 2014, with many of the others happening in March:

1.  Comments on “Distributed Generation” due to Iowa Utilities Board by February 25 – The Iowa Utilities Board is taking comments on “distributed generation,” e.g., solar, wind, and biogas.  Simple comments saying you support distributed renewable energy and want more renewable energy systems in your community would help.  You can submit comments at the IUB’s electronic filing system – https://efs.iowa.gov – or by email to Brenda Biddle, Brenda.Biddle@iub.iowa.gov.

2.  Great March for Climate Action starts March 1 – The Great March for Climate Action starts in Los Angeles March 1.  Please let your friends, family, and colleagues in California and Arizona know it is starting and is coming their way.  Also, plan to join some or all of the march when it crosses Iowa between August 1 and August 24.  For more details, or to find out how you can help the march, visit www.climatemarch.org.

3. Citizens Climate Lobby monthly call March 1 – Citizens Climate Lobby will be holding its next national conference call on Saturday, March 1, at noon.  For more details, or to find your local call hosts or how to start your own local group, visit www.citizensclimatelobby.org.  (Also, if you want to participate in CCL’s national conference June 22 to 24, CCL is now taking applications.)

4.  Keystone Comments Due March 7 – Please send your comments on the Keystone pipeline to President Obama and the State Department by March 7.  The proposed Keystone pipeline would make the climate problem worse, would threaten American waters, and would require condemnation of American farms and ranches to allow a foreign oil company to export tar sands from the Gulf Coast – none of that is in our national interests.

Here are two web addresses where you can submit comments:

Also, please send a copy of your comments to your Congressional representative and Senator Harkin and Senator Grassley, too, so they know your views on Keystone.

5. Carbon Pollution Rule comments due March 10 – The EPA is taking comments on greenhouse gas rules for new sources.  Comments that urge the EPA to restrict new sources of greenhouse gases as much as possible would be helpful.  You can submit your comments at this web address:

6.  Iowa Environmental Council “Lobby Day” at the Capitol Tuesday, March 18 – Please plan to attend the Iowa Environmental Council’s “lobby day” at the Capitol on Tuesday, March 18.  There will be a guest speaker (to be announced) in Room 116 of the Capitol at 9:15 a.m. followed by a program on the first floor rotunda, lots of displays, and a full day of talking to state legislators about issues.  This is a great opportunity to show growing support for clean water, clean energy, natural resources, and sustainability.

7.  “Climate Action Across America” April 21 to April 25.  This is a coordinated national grassroots effort to move Congress to the climate action we so urgently need this year and for years to come.  April 21 to 25 is Earth Day week and Easter recess for Congress, and presents a unique opportunity to show the growing public support for climate action.

You can participate by asking for meetings with your Congressional representative, Senator Grassley, and Senator Harkin or their local staff to explain why you are concerned about climate change and to ask for their support this year for climate action.  Other things you can do during that week include inviting them to speak at your school or college about climate and sustainability, writing letters to the editor or guest columns urging Congress to take climate action, or organizing a public event on climate change (roundtable, workshop, speaker, rally, read-a-thon) to urge Congress to act.

You can also like “Climate Action Across America” on Facebook and encourage your friends, family, and colleagues around the country to do the same.  Here is the Facebook page: https://www.facebook.com/climateactionacrossamerica