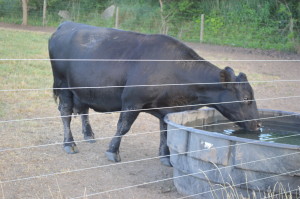 Preliminary U.S. Census data moved Iowa from third to second in the total value of ag production and value of crops and livestock sold. (photo/Cindy Hadish)

Iowa is moving up in the agricultural world.

Preliminary U.S. Census data shows the state has seen increases in ag production and the value of crops and livestock sold, surpassing Texas, Illinois and California in those three categories.

“The impact of Iowa’s agriculture industry is tremendous, and it continues to grow,” Northey said.  “The growth over the last five years is a testament to the hard work, creativity and persistence of our farmers.  Even with the recent softening of commodity prices, Iowa agriculture is well positioned to continue to be a key driver of the state’s economy.”

Iowa moved from 3rd nationally in each category in to 2nd place national, passing Texas in the total value of production, passing Illinois in the value of crops sold and passing California in the value of livestock sold.