Jane Goodall inspires audience at the University of Iowa 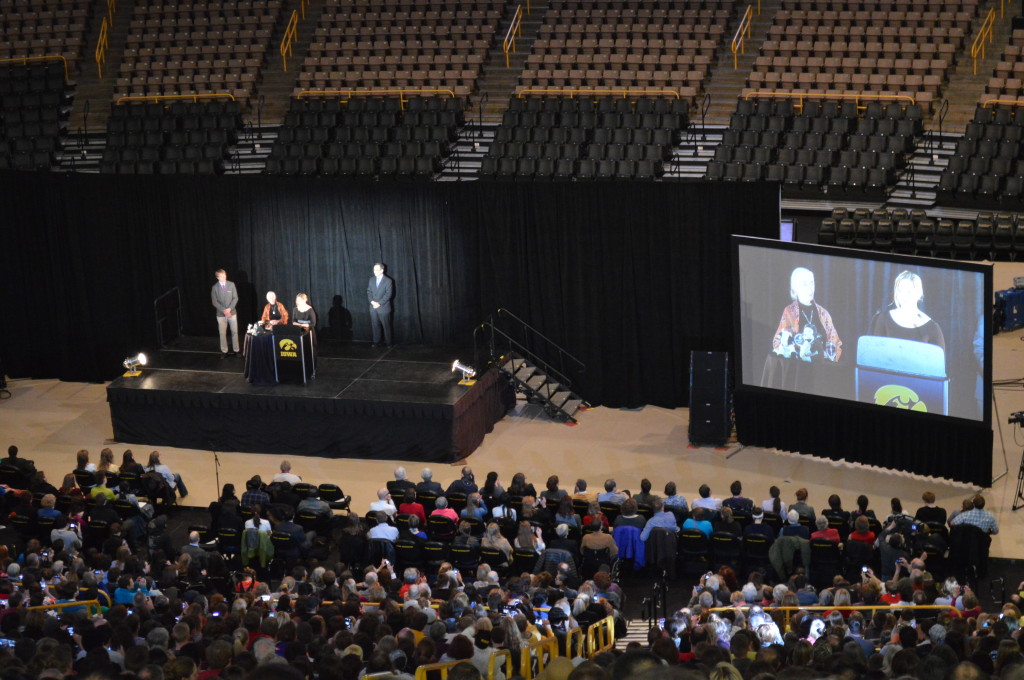 Dr. Jane Goodall is introduced Monday, March 10, 2014, on the floor of the University of Iowa’s Carver-Hawkeye Arena in Iowa City. (photo/Cindy Hadish)

IOWA CITY – Organizers initially intended to have Dr. Jane Goodall speak in a ballroom at the Iowa Memorial Union on the University of Iowa campus.

Wisely, they moved the venue to the 15,400-seat Carver-Hawkeye Arena.

Only half of the arena was open for Goodall’s speech on Monday, March 10, but the UI Lecture Committee, which organized the event, estimated the crowd at nearly 6,000 people.

Goodall has been captivating audiences for decades after first traveling to Tanzania to study chimpanzee behavior in July 1960.

Now 79, her voice clear and uplifting, Goodall spoke for one and a half hours about her studies and her evolution from researcher to activist.

An inspiration to children, particularly through her Roots & Shoots program, which she founded in 1991 with a group of Tanzanian students, Goodall also proved particularly inspiring to parents.

Mentioning her own mother several times, Goodall said she wouldn’t have become a scientist without her mother’s support.

When the young Goodall in England brought worms to bed or disappeared for hours because she wanted to wait and see how chickens laid eggs, her mother didn’t scold her or become upset, instead listening patiently to the bright-eyed girl.

“If my mother had behaved differently, she might have crushed my burgeoning curiosity,” Goodall said, providing an important lesson to parents of other burgeoning scientists.

Coming from humble beginnings, Goodall said books were her insight into the world. Her dreams to travel to Africa began after buying a used copy of “Tarzan of the Apes” at age 10.

“What did Tarzan do? He married the wrong Jane,” she quipped.

Her well-known studies of chimpanzees later inspired Goodall to become an activist, after seeing the decline in their habitat through rain forest destruction, illegal hunting and multinational companies that extract the land’s resources, leaving the native people to poverty.

Goodall’s activism continues, as she hopes to raise enough money by her 80th birthday in April to move more than 100 orphaned chimpanzees to a new sanctuary. The Tchimpounga Chimpanzee Rehabilitation Center offers chimps – whose parents have been killed by poachers – a safe haven in Pointe Noire, Congo.

“You can’t change the world, but you can change your little piece of the jigsaw puzzle,” she said. 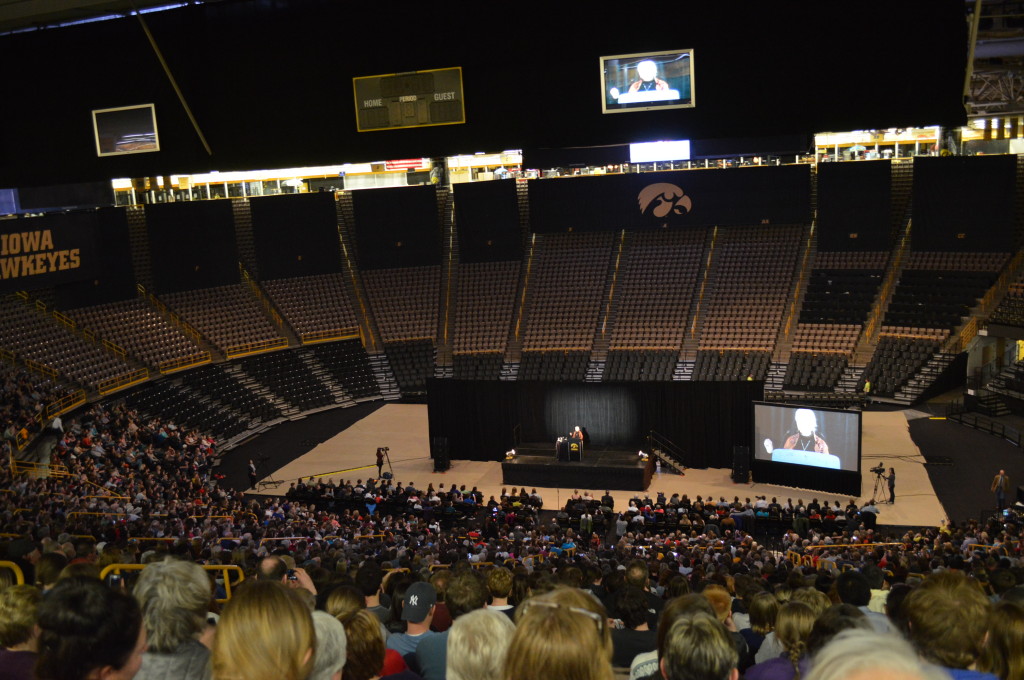 More than 5,000 people filled one-half of Carver-Hawkeye Arena to hear Jane Goodall speak at the University of Iowa on March 10, 2014. (photo/Cindy Hadish) 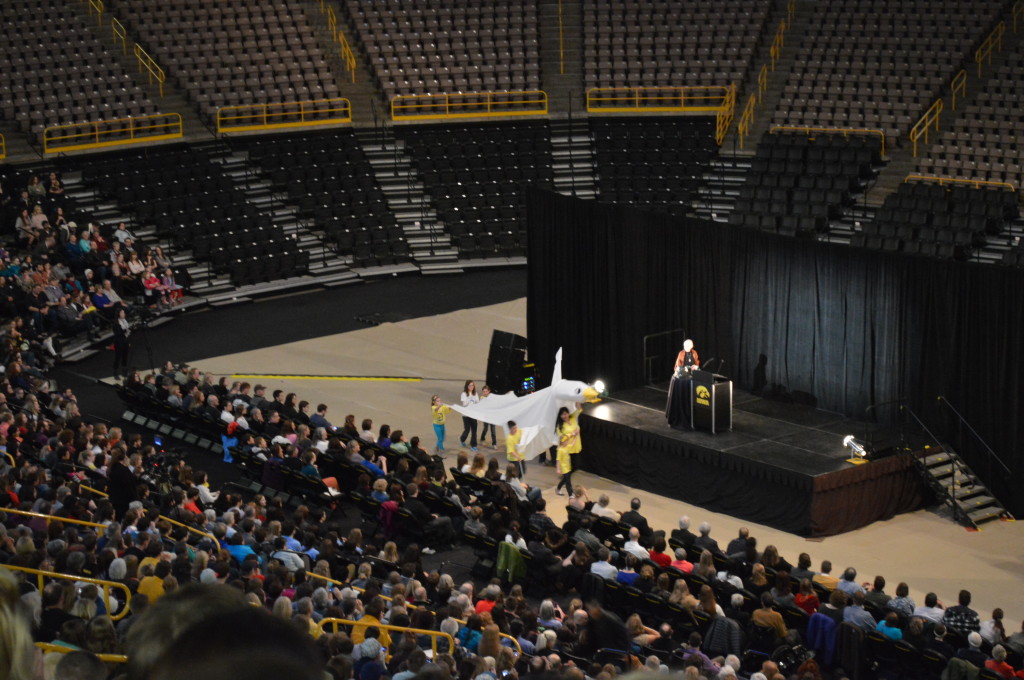