Under water, again; flooding and storm warnings continue in Iowa 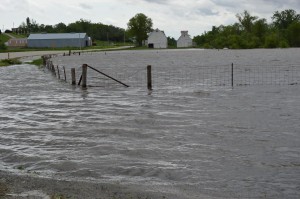 Floodwaters cover this field near Chelsea, Iowa, on Thursday, May 30, 2013. Tama County is one of a number of Iowa counties experiencing flooding this week. (photo/Cindy Hadish)

CHELSEA – It was odd seeing ducks and geese today, next to Highway 30, swimming in farm fields.

I traveled to my uncle’s farm near Chelsea, in Tama County. I’m grateful that the past generations of my family chose to settle on high grounds in the rolling hills of East-central Iowa, but even that land was saturated from daily rains.

As it was in 1993, after which many residents decided to move, Chelsea is under water.

Coincidentally, I found this newspaper clipping that showed the same thing, but from 1947. The photo caption describes Chelsea buildings along Main Street being flooded to a depth of one story, with much of the rest of the town also inundated by Iowa River water. 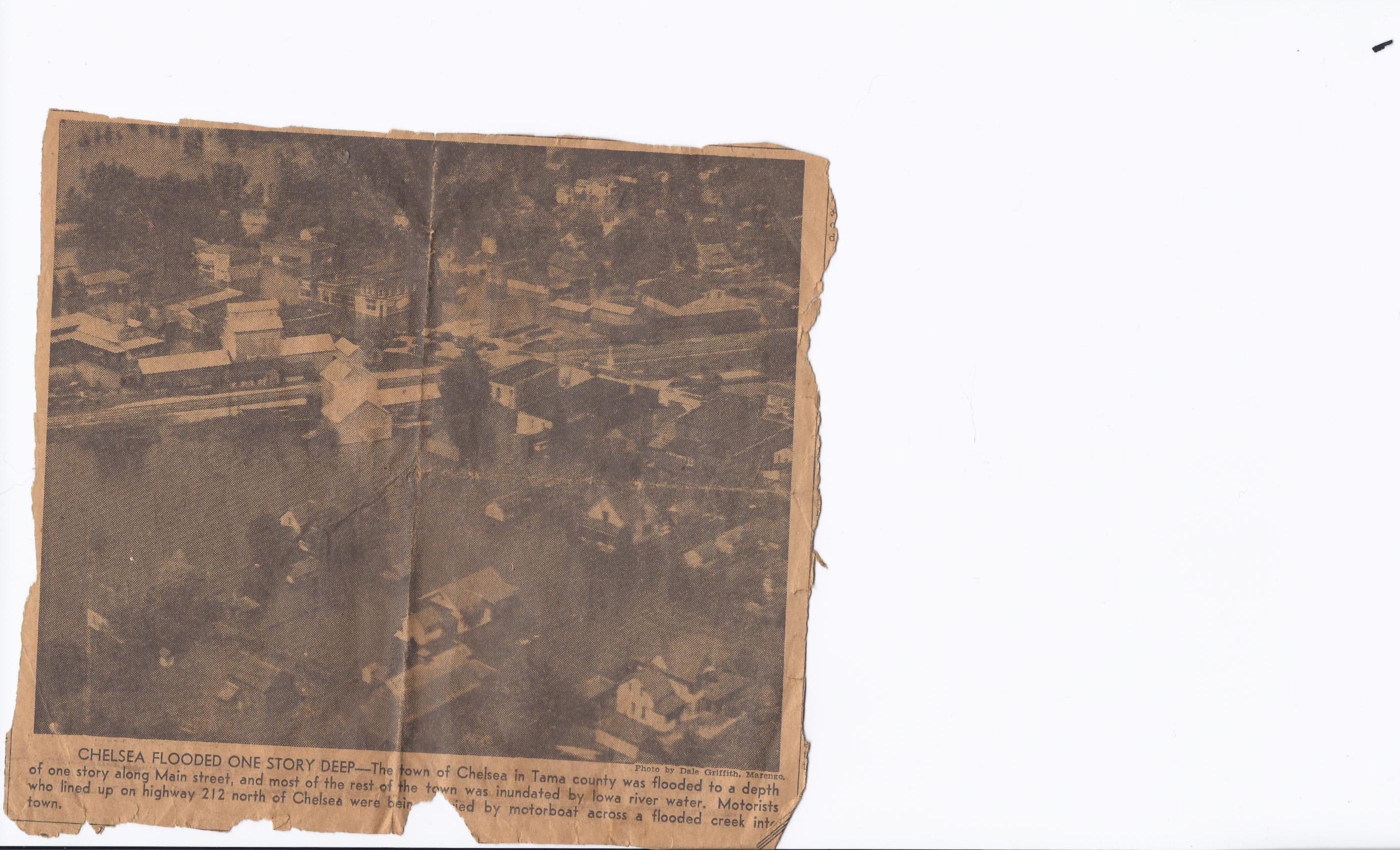 Back to the present, the National Weather Service issued the following flood warning today (May 30, 2013) that remains in effect through tonight:

Flood Warning remains in effect for Bremer, Black Hawk and Tama counties until 10:30 pm CDT. At 3:17 pm CDT, local law enforcement officials reported that flooding was occurring with many local roads still under water and small streams out of their banks across the warned area.