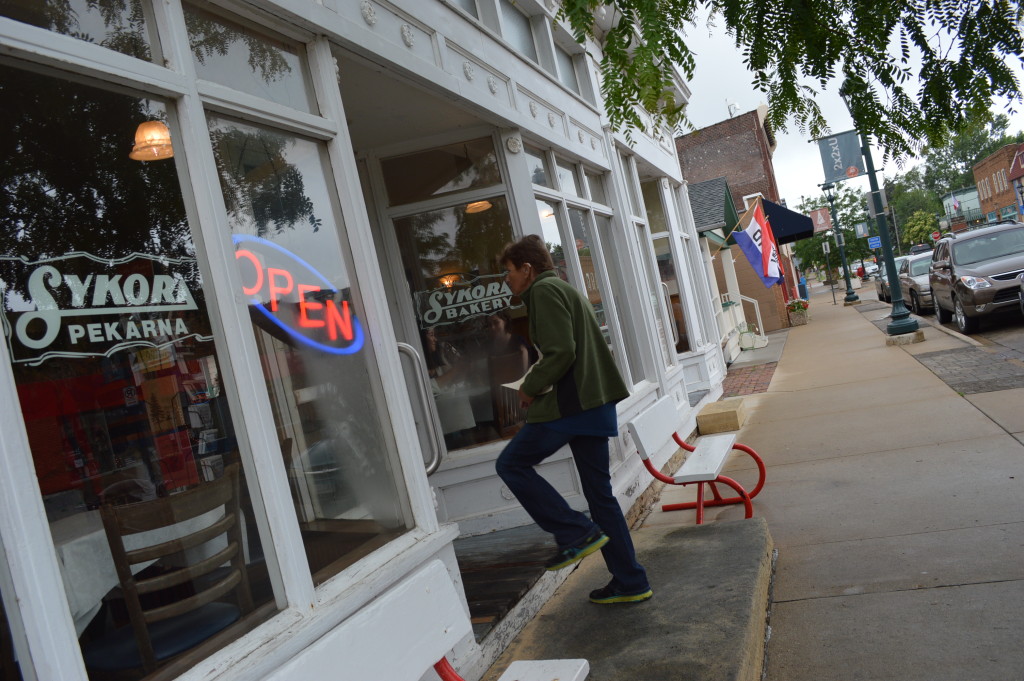 Sykora Bakery is among the Czech Village businesses that have rebounded since the 2008 flood in Cedar Rapids, Iowa. (photo/Cindy Hadish)

The Radish magazine asked four contributors to write about their favorite walks, with one caveat: the site couldn’t be in a park or on a trail.

As editor Sarah Gardner noted, the majority of the walking most of us do every day takes place a little closer to home, as we stroll through our neighborhoods or head down the street from work to get lunch.

I chose one of the places closest to my heart: Czech Village in Cedar Rapids.

Here is my portion, below, and this link includes the finished product – which is definitely worth a look – from all four contributors: Radish Urban Walks

Strolling alongside a group of young adults decked out in ethnic Czech costumes during a recent celebration took me back in time.

Savory scents of house-smoked meats from Polehna’s Meat Market mingled with the aroma of fresh bread, hot out of the oven, at Sykora Bakery in Czech Village. 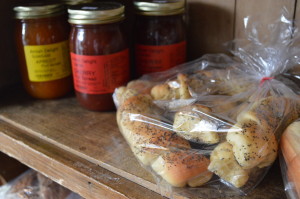 Anyone who lived near “Bohemie Town,” or “The Avenue” in Cedar Rapids, will fondly recall both shops, and many others, along 16th Avenue SW.

Where the Convention & Visitors Bureau is now located, Kosek’s Dime & Dollar Store was a mecca for neighborhood kids like me. While adults shopped for that perfect color of thread among the sewing supplies or just the right pair of work gloves, the store called us in with its rows of candies: Sixlets, Pixy Stix, Double Bubble gum and more.

In that pre-security camera era, all remained under the watchful eye of the store owners, whose office overlooked the main floor.

Walking on the same side of the street, Sykora’s poppy seed kolaches, chocolate-glazed long Johns and onion rye bread were favorites of mine and, along with other baked goods, offered another form of enticement.

Just a short distance away, across the street, I can still picture the Saddle & Leather Shop, an eclectic store where you didn’t have to own a horse to find something of interest: clothes, hats, boots, collectible toys and so much more filled every corner. 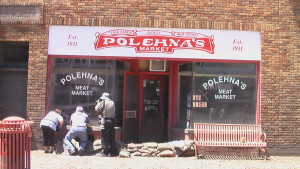 Polehna’s Meat Market was among the casualties of the 2008 flood in Cedar Rapids, Iowa. (photo/Cindy Hadish)

Up the sidewalk, a trip to the village wasn’t complete without stopping in for a “wienie” smoked in the brick, wood-fired smokehouse that gave the meat at Polehna’s its signature flavor, but is now simply another memory.

Just across C Street, Czech Cottage, with its sparkling, hand-cut crystal, hand-painted egg shells, ornaments and other imported gifts, was the store where my mom let me choose a treasured garnet cross and a garnet ring as gifts on special occasions.

From there, our house was just two or so blocks’ walking distance.

Czech Village is one of those rare exceptions in a city that’s not known for being easily walkable.

Storefront after storefront nearly connect from C Street SW all the way to the Cedar River, a favorite fishing hole for many nearby residents, where a series of stone lions solemnly stand watch over the bridge that ties to New Bohemia on the East side.

It was the river that upended this thriving business district, when massive floods in 2008 surged through the streets, leaving water up to ceiling-high in many buildings.

I was one of the first allowed to tour the area when it was reopened to business owners. The mud-caked sidewalks, broken windows, overturned display cases and putrid stench of the flood — such a contrast to the pleasant scents of the past — rush back when looking at photos I shot that day.

The resilience of those business owners, fortunately, brought Czech Village back to life, with iconic shops like Sykora Bakery and Czech Cottage seeing a resurgence. While some no longer exist, others have taken their places and “The Avenue” is alive once again. 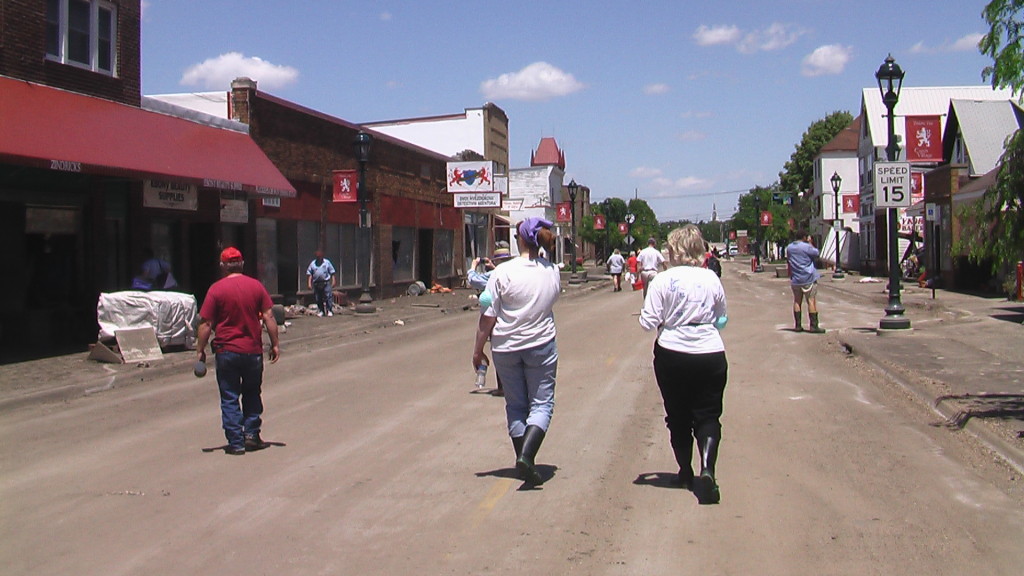 Business owners were allowed back in to view the damage in Czech Village after the devastating flood in 2008. (photo/Cindy Hadish) 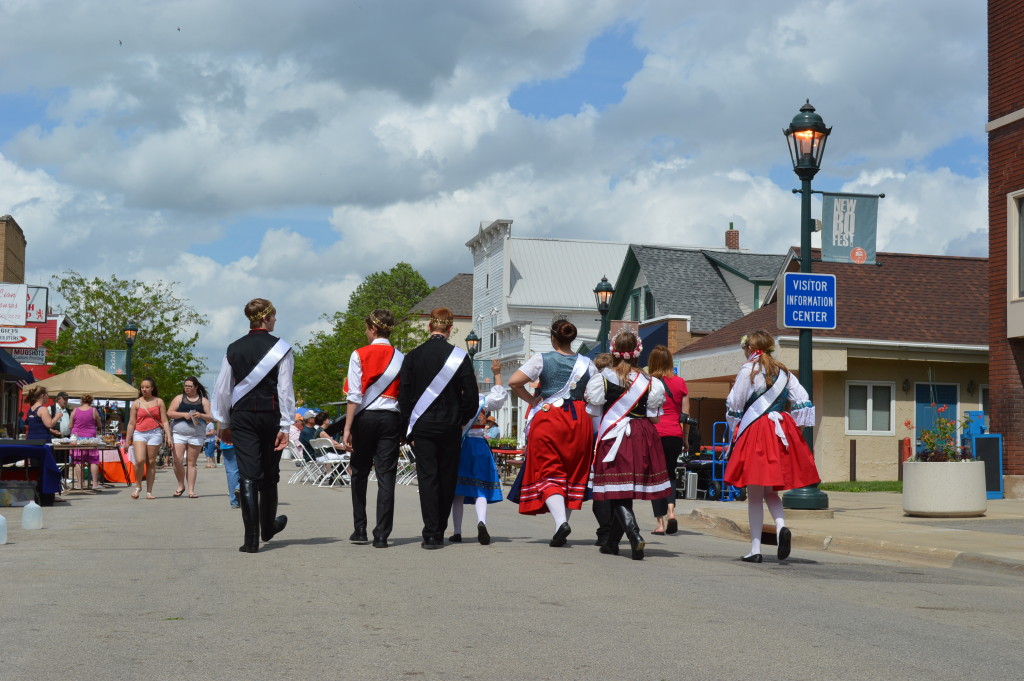