Anyone who regularly drives Interstate 380 south of Cedar Rapids knows about the Nesper sign jokes, those often-corny puns that flash across the giant electronic billboard alongside the interstate.

Tonight’s joke was particularly fitting as I drove to Kirkwood Community College for Viticulture class…  “What did the grape do when it got stepped on? It let out a little wine.”

OK, it was more punny than funny, but at least it put me in a mindset for class, and finally, the vineyard curse of the previous few months was lifted! The weather could not have been more perfect and leaves were finally showing on many of the vines. It was also time to bring out the power tools, as we learned how to build an “H” frame trellis system. These photos show some of the process and you can learn more about building trellises – what one of my classmates called the most expensive part of grape-growing – in this information from Iowa State University. 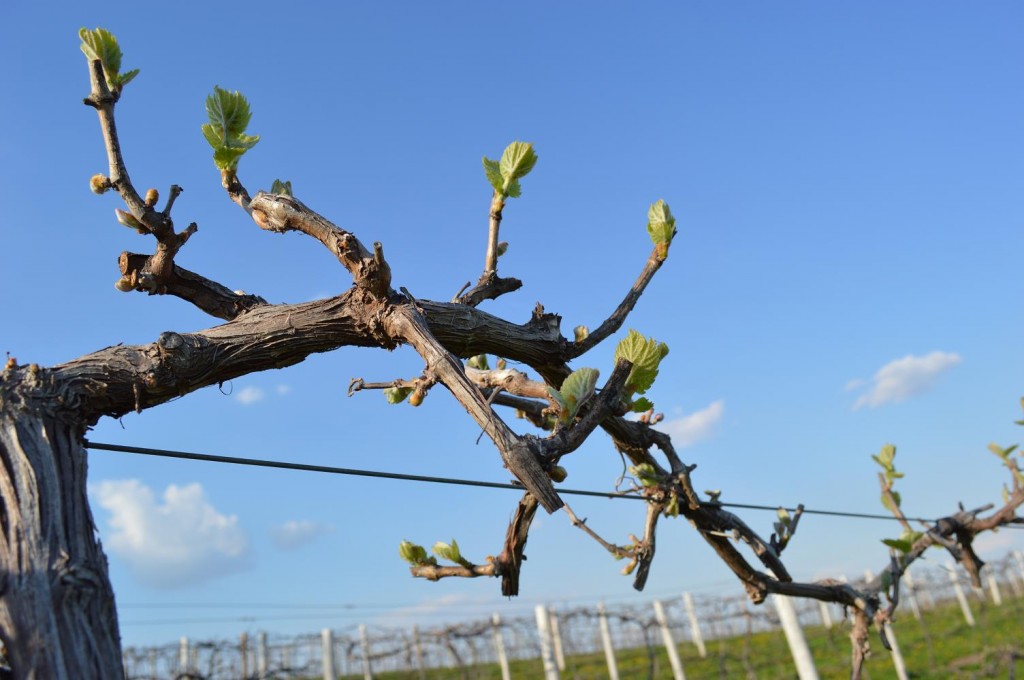 Grapevines, such as this variety, known as GR-7, finally moved beyond the bud stage and begin to leaf out on May 7, 2013. (photo/Cindy Hadish) 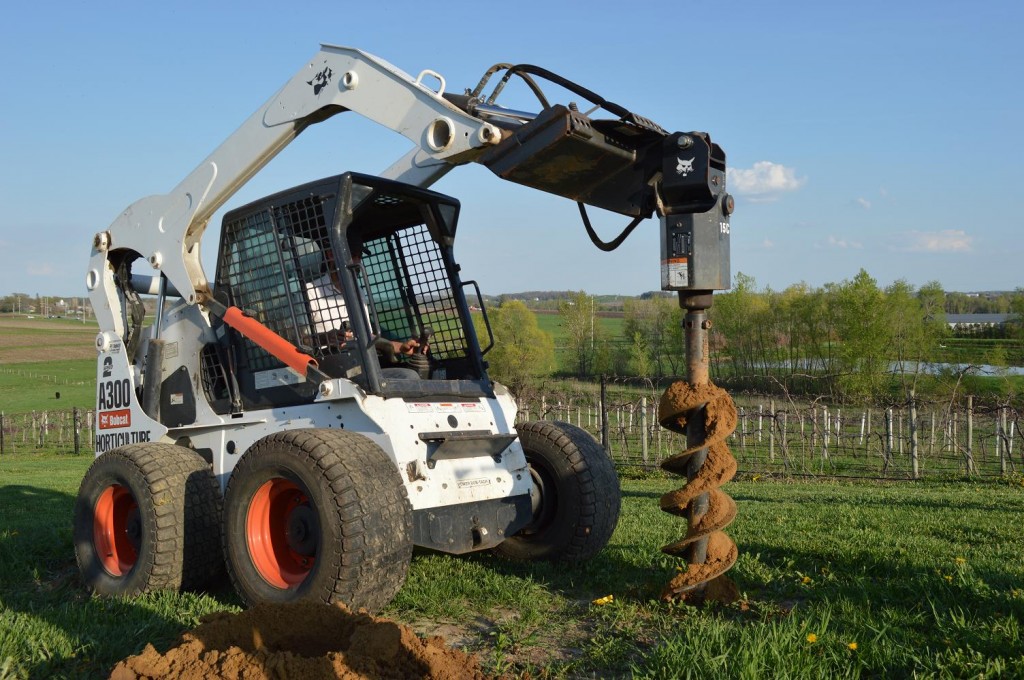 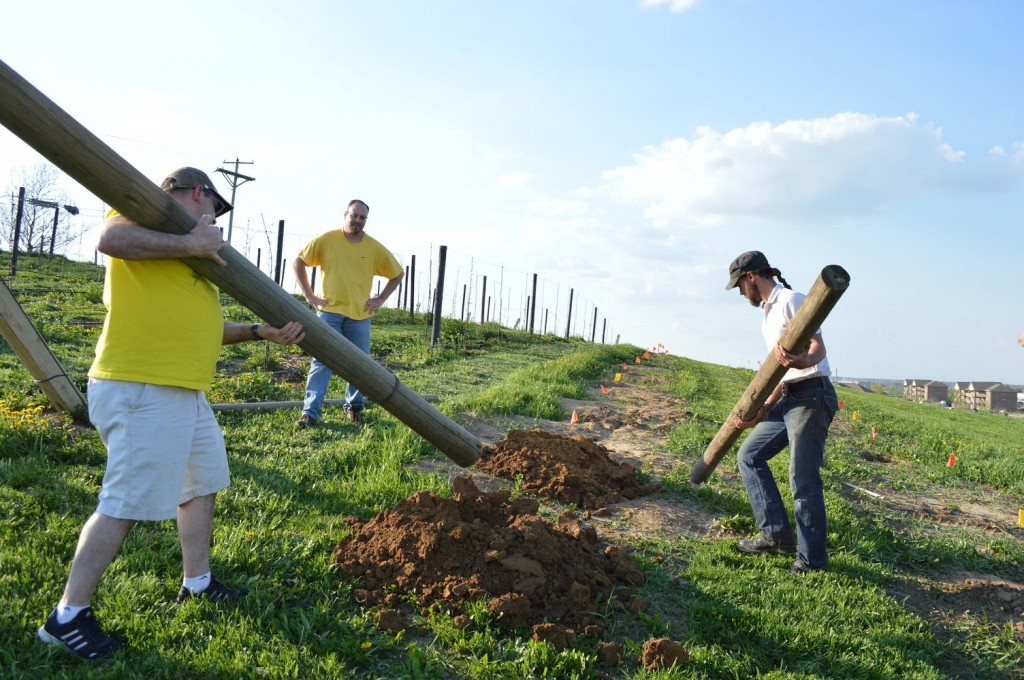 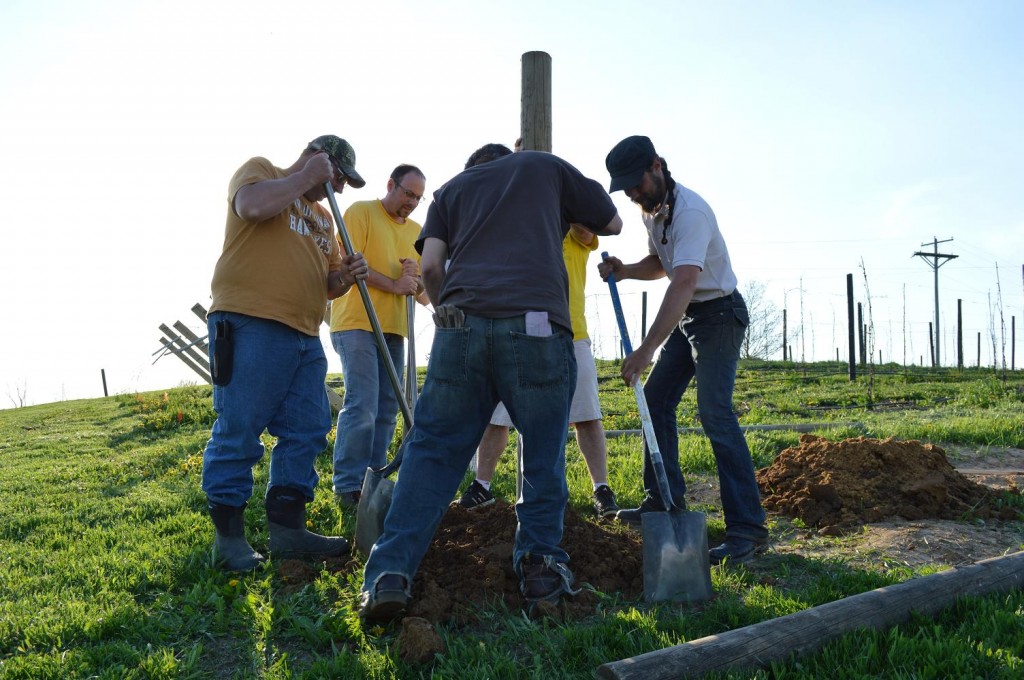 Dirt is shoveled around each post and tamped down to hold the posts in place. (photo/Cindy Hadish) 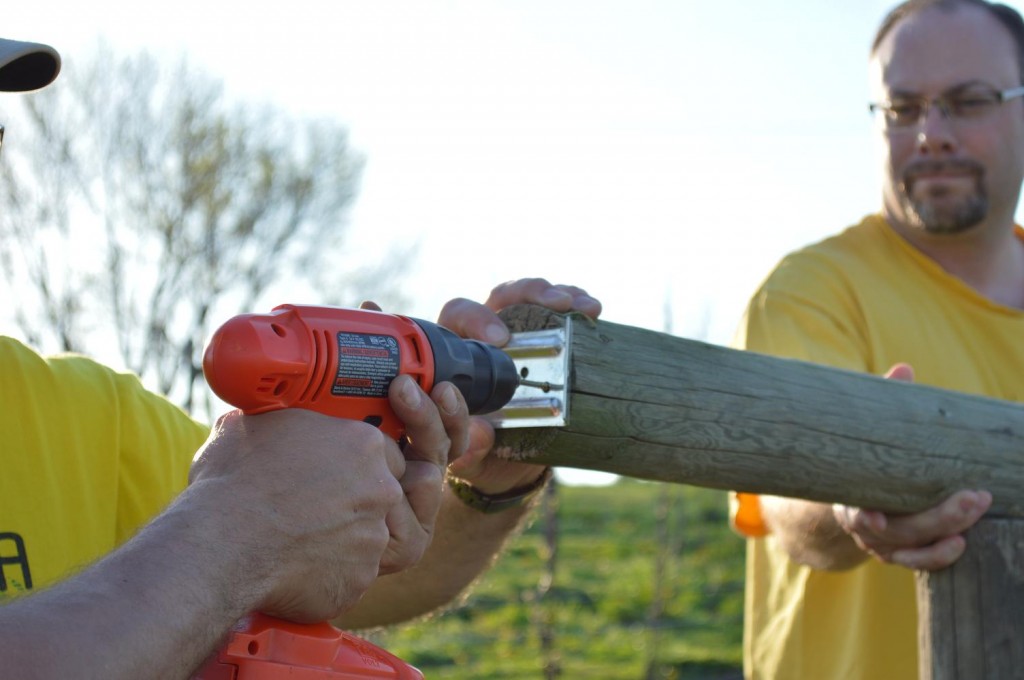 A hex attachment is drilled into place on the end of the cross post. (photo/Cindy Hadish) 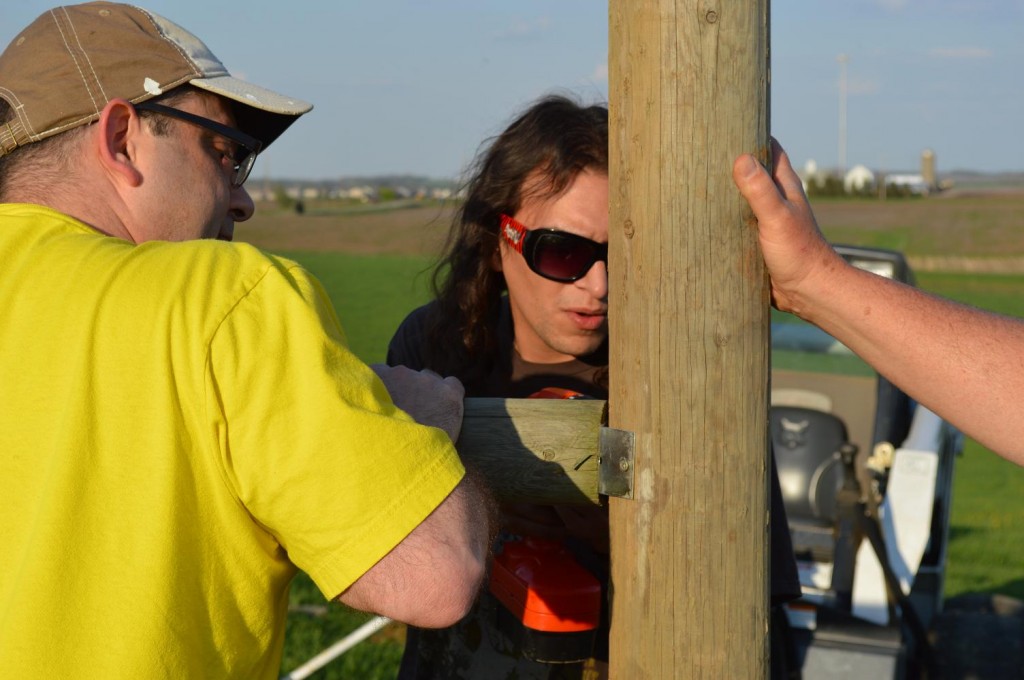 Teamwork helped, as the cross post was checked with a level and drilled into the upright post to build the “H”-frame vineyard trellis system. (photo/Cindy Hadish) 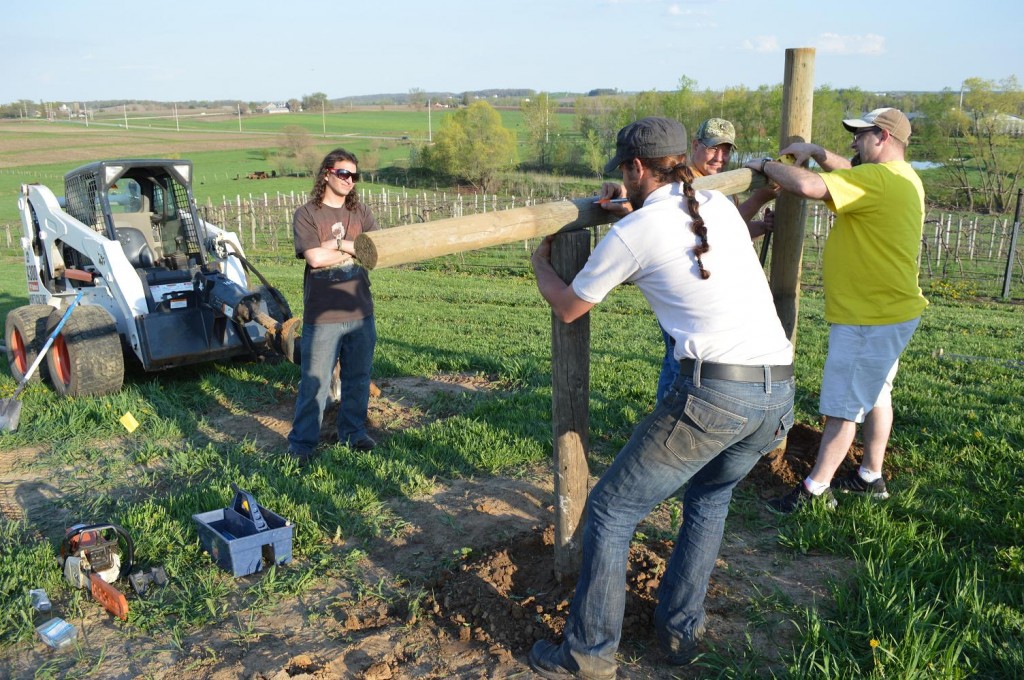 Not quite the final product, as one section is marked for cutting, but this shows the shape of the “H”-frame trellis system at the Kirkwood vineyard in Cedar Rapids on Tuesday, May 7, 2013. (photo/Cindy Hadish