Viticulture: Night of the netting 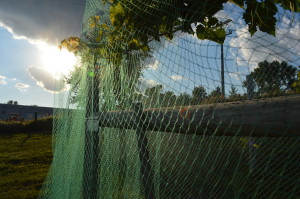 Once the netting is applied, the vineyard rows become a series of ghostly green apparitions, with nets gracefully draping from the vines. (photo/Cindy Hadish)

I have to admit, I wasn’t particularly thrilled to hear we would be putting up bird netting during our viticulture class this week at Kirkwood Community College.

I’ve tried bird netting on various plants. While useful, it’s not the easiest gardening tool to work with, often becoming tangled on branches or wire or body parts. Just not much fun.

But then I saw the Netter Getter. As stated on the official Netter Getter website, “the Netter Getter is a fast, safe, economical bird net machine that will spool out protective netting over your vines and pick up the netting as fast as you can drive down vineyard rows.”

This was much better than I had envisioned. Better yet, as  the netting is reused from one year to the next and holes develop, this offered yet another opportunity to use my new favorite gardening tool, the Tapener. The tape dispenser/stapler combo easily repaired the holes.

Our instructor, Lucas McIntire, advises using 17-foot-wide netting, so both sides reach the ground and birds cannot fly underneath. The netting is usually applied around Aug. 1, when birds start becoming interested in the ripening grapes. When Lucas saw that the Marquette and others were already turning color, he decided to get the rows started during class. A good call on his part, as the job requires a minimum of three people; five are even better.

Some vineyards use flashy ribbons, canon sounds and other noises to scare off birds, but if you have something like the Netter Getter, netting is ideal. Plus, they look really cool. Once applied, the vineyard rows become a series of ghostly green apparitions, with the nets draping gracefully from the vines. And as Lucas put it, “If you’ve got grapes, you’ve got to have netting or you won’t have any wine.” Good advice. Here are more photos from our Netter Getter session this week in the Kirkwood Vineyard. 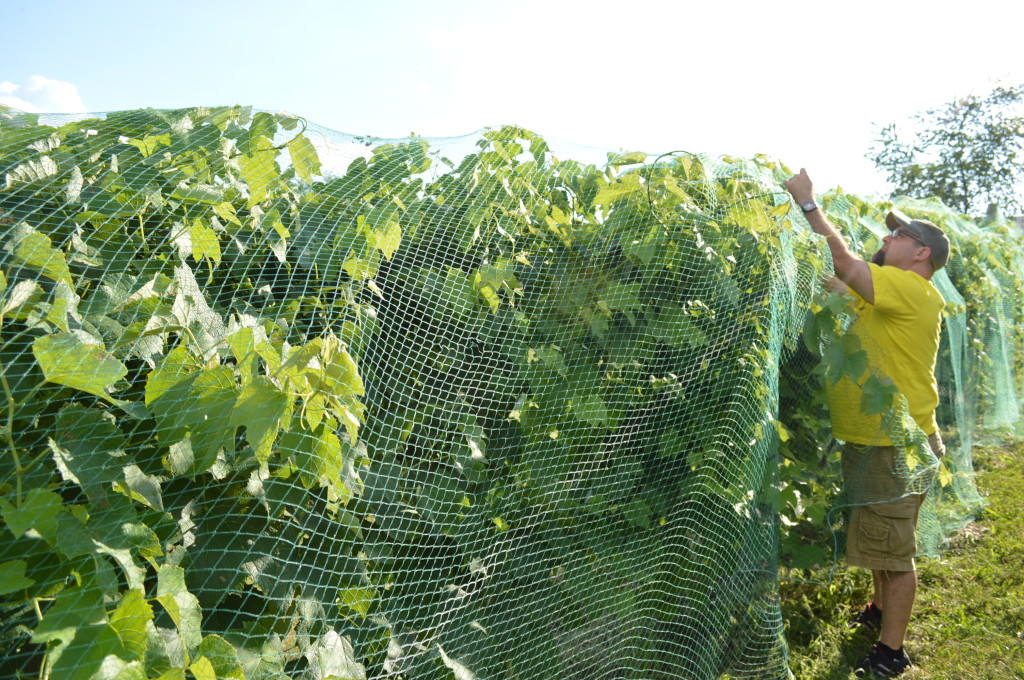 A classmate repairs netting in the Kirkwood Vineyard on Wednesday, July 24, 2013. (photo/Cindy Hadish) 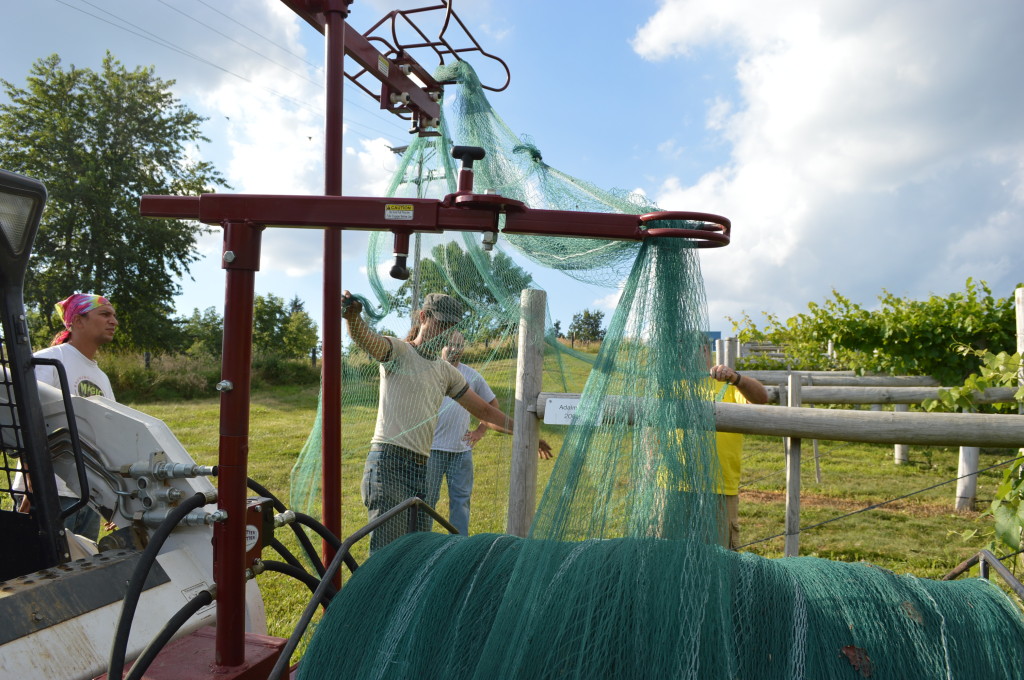 Starting off with the Netter Getter during viticulture class in Cedar Rapids, Iowa. (photo/Cindy Hadish) 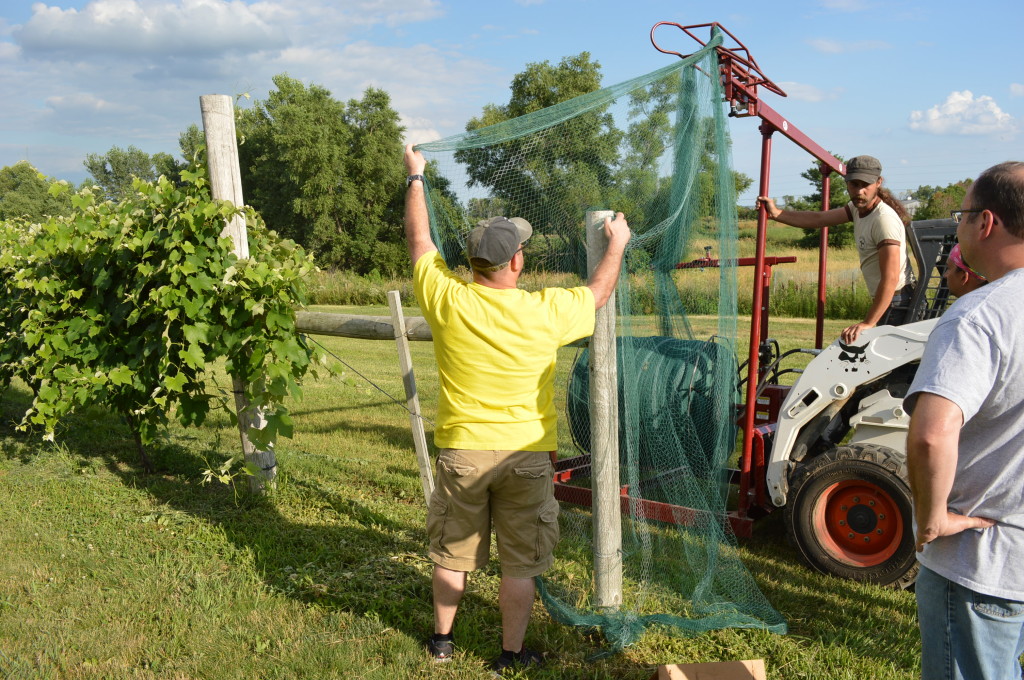 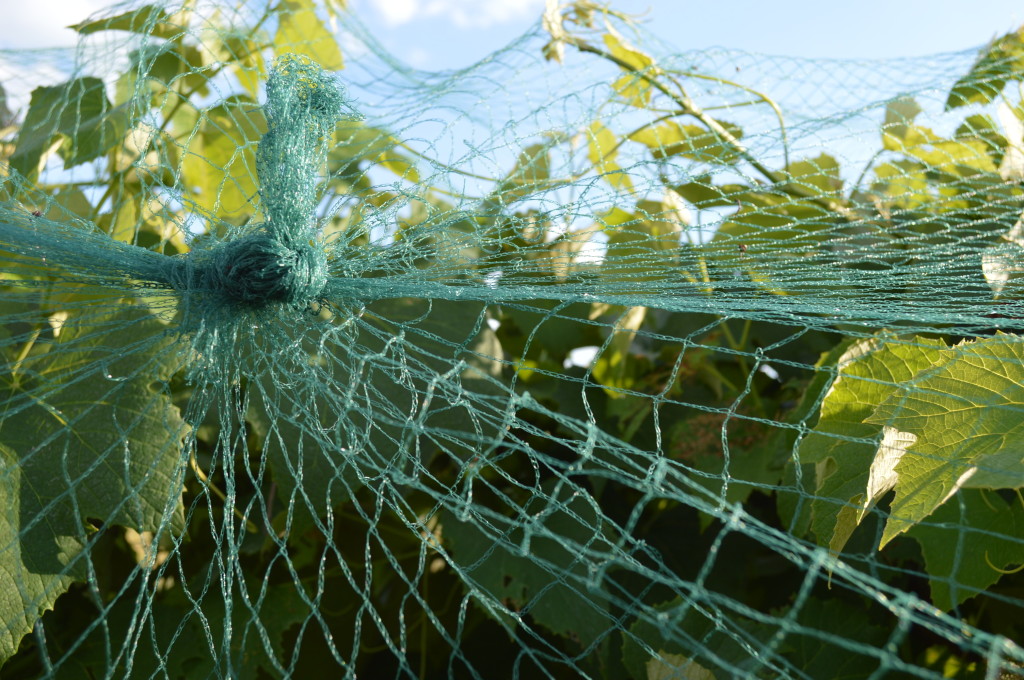 If you don’t have a Tapener handy, holes can be repaired by tying the netting. (photo/Cindy Hadish) 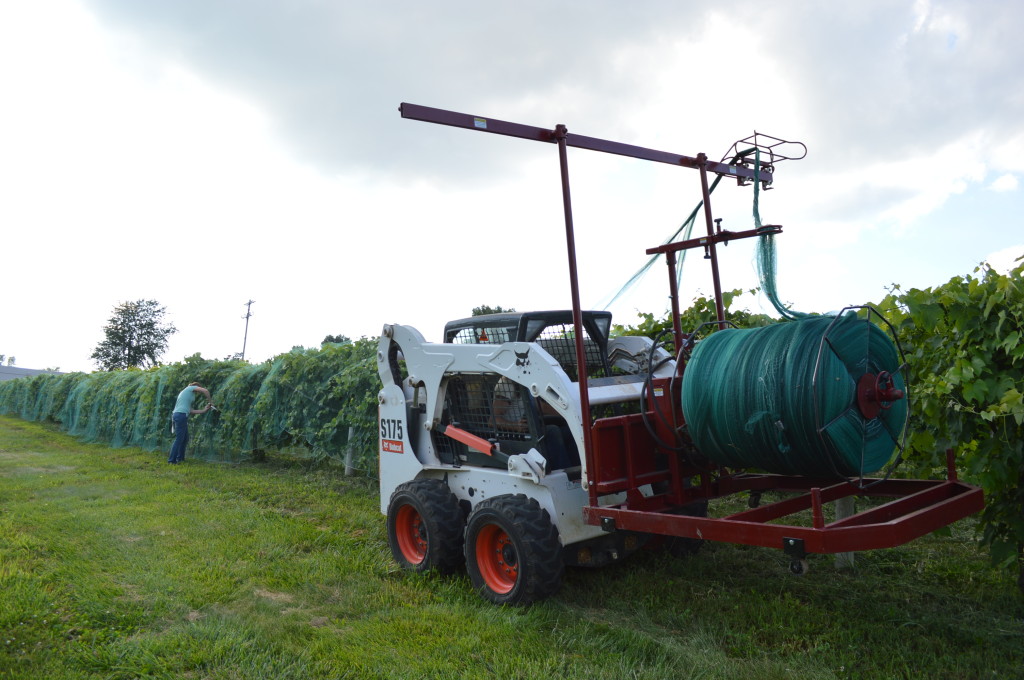 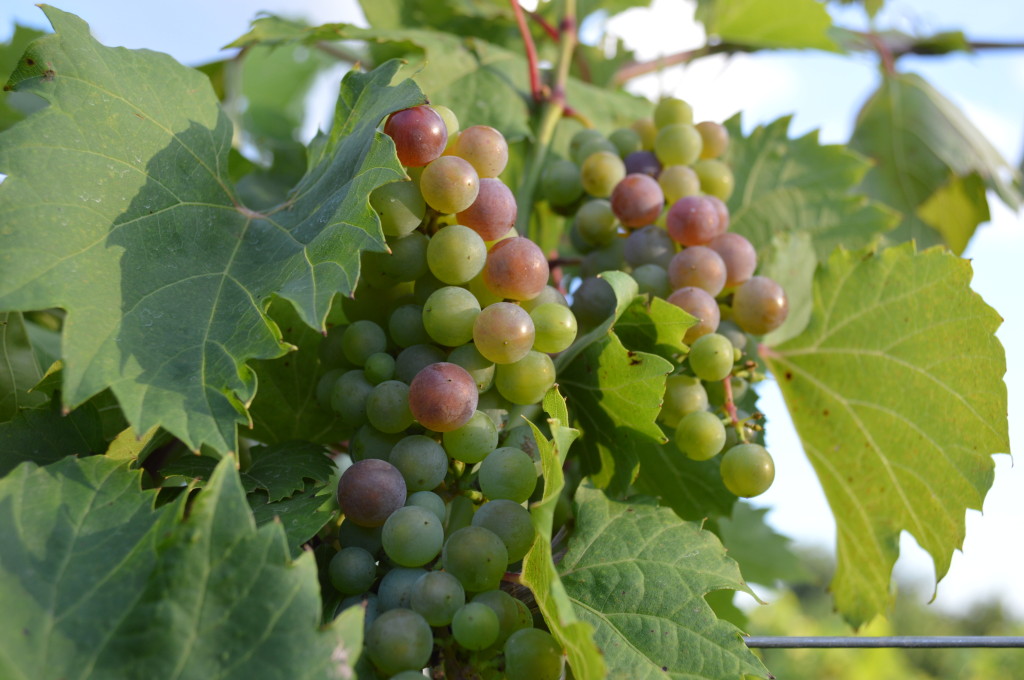 The reason that netting was applied before Aug. 1: grapes that are turning color. The sweet grapes attract birds. (photo/Cindy Hadish)