What is that blue flower on Iowa’s roadsides? 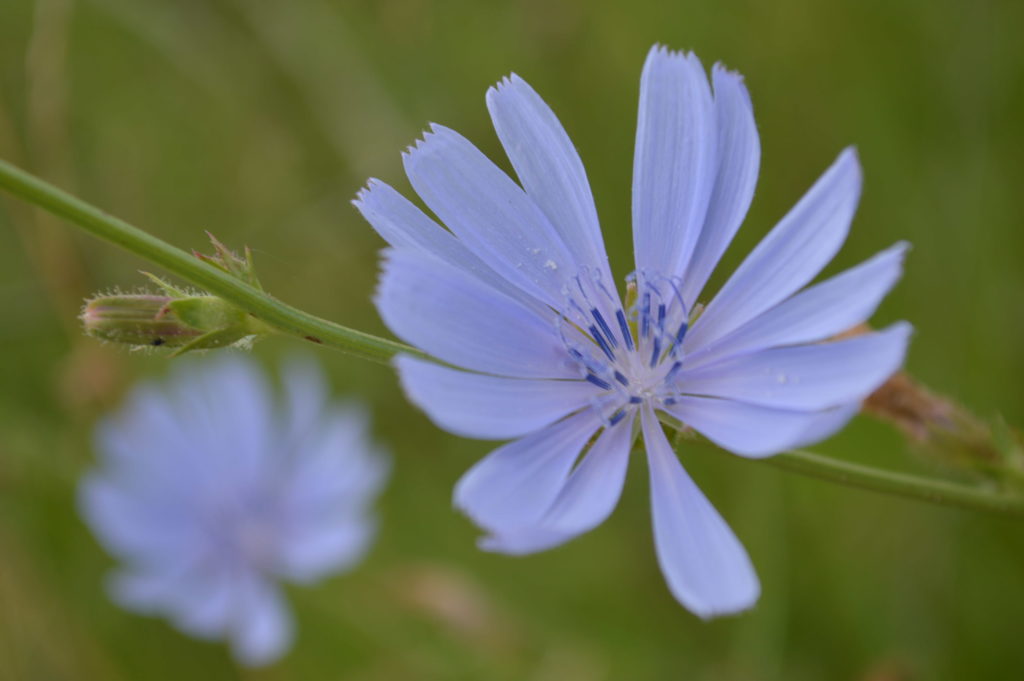 If you drive on nearly any Iowa county road and many main highways, too, you’ve undoubtedly seen light blue flowers brightening the roadside.

Although not native to North America, chicory (Cichorium intybus) has become ubiquitous in the state, and many others, as well.

According to Polk County Conservation, Chicory was introduced to North America from Europe and is now a common roadside flower found throughout most of the continent.

Chicory has many uses, but is most well known for its association with coffee, the site notes. The roots of chicory can be roasted, ground, and used as a coffee additive.

It may also be used for salads, flavoring for stout beers or forage crop for livestock.

Roots and leaves have long been used for medicinal purposes, as noted in Mother Earth Living. 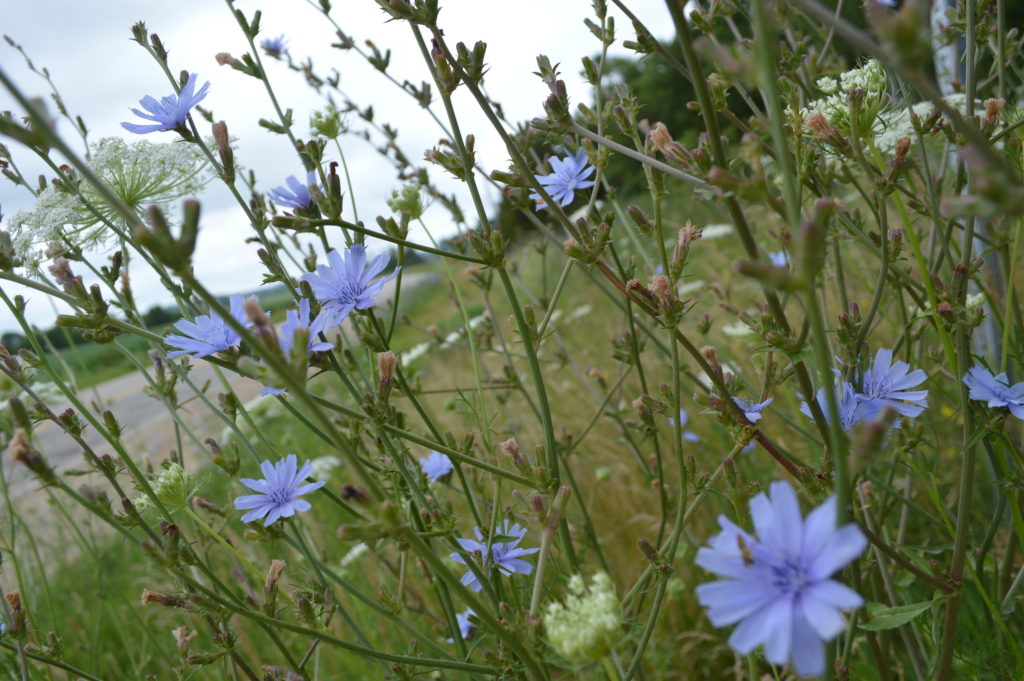 Chicory often can be seen blooming alongside other wildflowers, such as Queen Anne’s lace, a European native that now grows wild in the United States. (photo/Cindy Hadish)