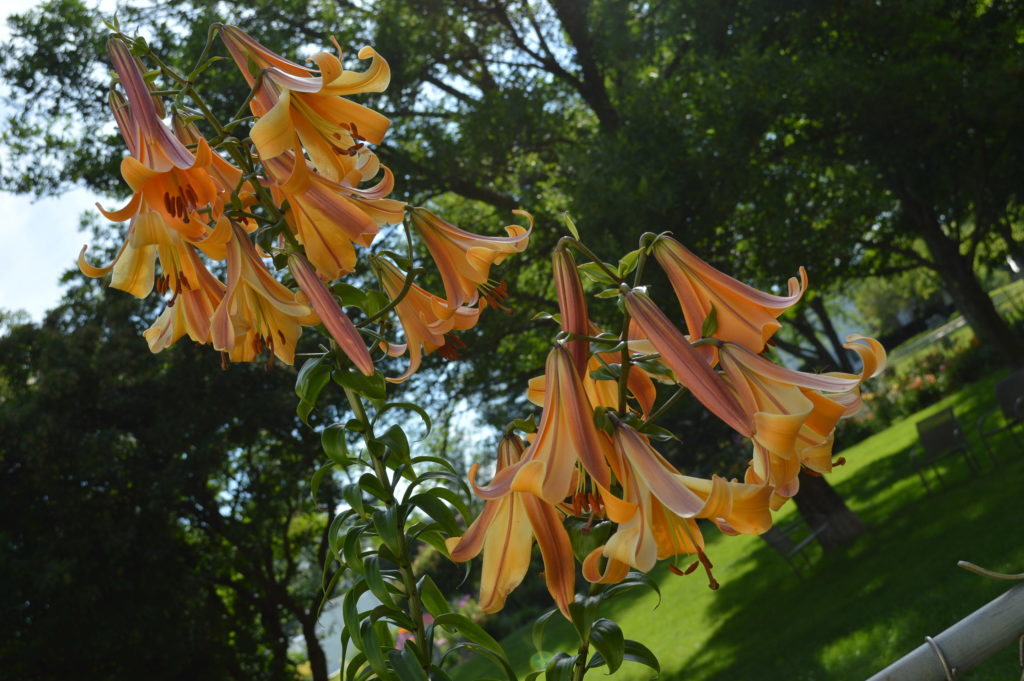 Wanda Lunn’s “Awesome” lilies are seen at her garden in Cedar Rapids, Iowa, on Tuesday, July 12, 2016. One of the lily stems won “best in show” at the North American Lily Society Show & Convention in Chicago. (photo/Cindy Hadish)

Wanda Lunn spent last week in Chicago at the North American Lily Society Show & Convention, where more than 200 of the best lily stems in the United States and Canada competed.

Several of the lilies she brought to the show from her Cedar Rapids garden won ribbons, but one, she said, brought “a staggering surprise.”

She became the first Iowan to win the “Best in Show” Isabella Preston Trophy since the award was introduced in 1956, for her lily appropriately named “Awesome.”

“(It’s) an incredible honor for me and my lily stem,” Lunn said.

Her name will be engraved on the trophy and she will get to display it for one year in her home.

The aptly-named “Awesome” bloom took home the Best in Show this weekend at the 69th annual North American Lily Society Convention and Show at the Chicago Botanic Garden.

Wanda Lunn, 66, from Cedar Rapids, Iowa, grew the winning stem. She said she screamed when she found out her bloom had taken the top prize among all flowers in more than 20 categories. Examples included number of flowers, arrangement and uniqueness of flowers.

“I walked in and one of the main judges said to me: ‘Wanda, that’s a really nice stem.’ And I said: ‘Yes, it’s awesome.’ And he said: ‘I agree it’s awesome. What’s it called?’ That’s been the joke this whole time.” said Lunn.

According to the Chicago Botanic Garden, there are fewer than 100 species of lilies but thousands of hybrids. Lilies grow from May to September and can range in flower size and stem height from inches to feet.

The garden’s website notes that lilies can “dazzle in colors of white, pink, yellow, orange, and red to violet, and with all sorts of freckles, lines, and spots… and fill your garden with fragrances spicy, sweet, or exotic.” This show featured more than 200 blooms of all different types and hybridizations.

Ann Russel, member of the local lily club and convention attendee said: “I really wasn’t interested in them [lilies] to begin with. But my friends had joined the lily club so I ended up joining. I like the vast variety of things you can grow, they’re all different.”

Lunn, who co-owns an animation business, said her bloom was very rare: a Trumpet strain crossed with an Asiatic strain and then crossed back with an Oriental variety. Jim Ault, botanist and director of ornamental plant research at the garden differentiates among the most dominant lily strains: Asiatics bloom first and have a lot of color with little fragrance. Trumpets come into bloom around this time of year and have an “amazing fragrance.” A hybrid form known Orienpets (a cross between an Oriental and a Trumpet) grow a little bit later.

Lily bulbs are scaly and can flake over time to give rise to more than one stem, but each stem only grows once per year. The growing process involves long periods of trial and error: Lunn said she bought the winning bulb about a decade ago and it took her eight years to cultivate it to best in show quality.

Lunn said this year was a good year for growing lilies in the Midwest thanks to plenty of sun and rain. But many gardeners don’t believe lilies grow well in this part of the country.

“I don’t think lilies are as popular as they used to be, a bit because of misconceptions about their hardiness and also partly a reflection that there are more plants available today for gardeners than there have ever been. Consumers are overwhelmed,” Ault said.

Lunn doesn’t seem to be overwhelmed by flower options. She said that in addition to the 296 kinds of lilies growing in her garden, she also has 230 types of day lilies, 36 kinds of peonies, 30 some kinds of clematis (a vine-like flowering plant) and 230 irises. Her half-acre yard is an Iris Preservation Garden. She opens her garden to the public – and to her husband – three times per year.

Lunn said she became interested in gardening as a child, when her great-grandmother moved into her family home and began gardening there. Lunn still cultivates some of the initial lilies and peonies her grandmother planted. She considers her garden to be a “peaceful retreat.”

Others have found a love of lilies through shows such as this one. Ault, who has been growing lilies in his own garden for 15 years, said he had always been an avid gardener but started growing lilies when he visited a local lily show in 2001 and was “blown away.”

Lily conventions will continue to spread the growers’ fascination with lilies to those who know little about the flowers. “These are plant geeks. They love their opportunity to share their love of lilies with the public,” Ault said. 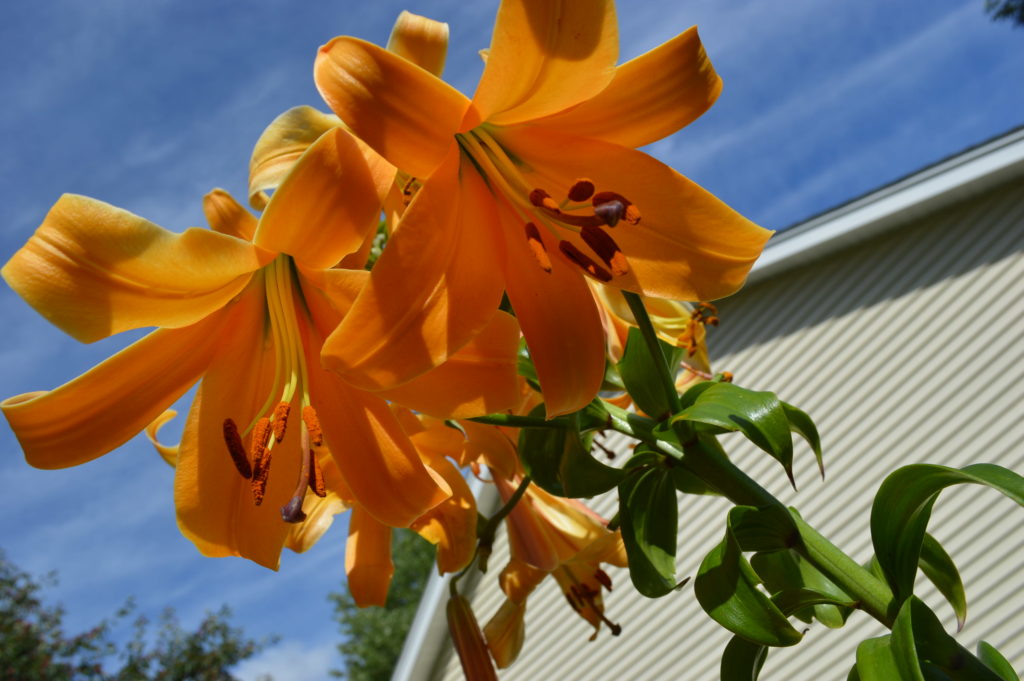