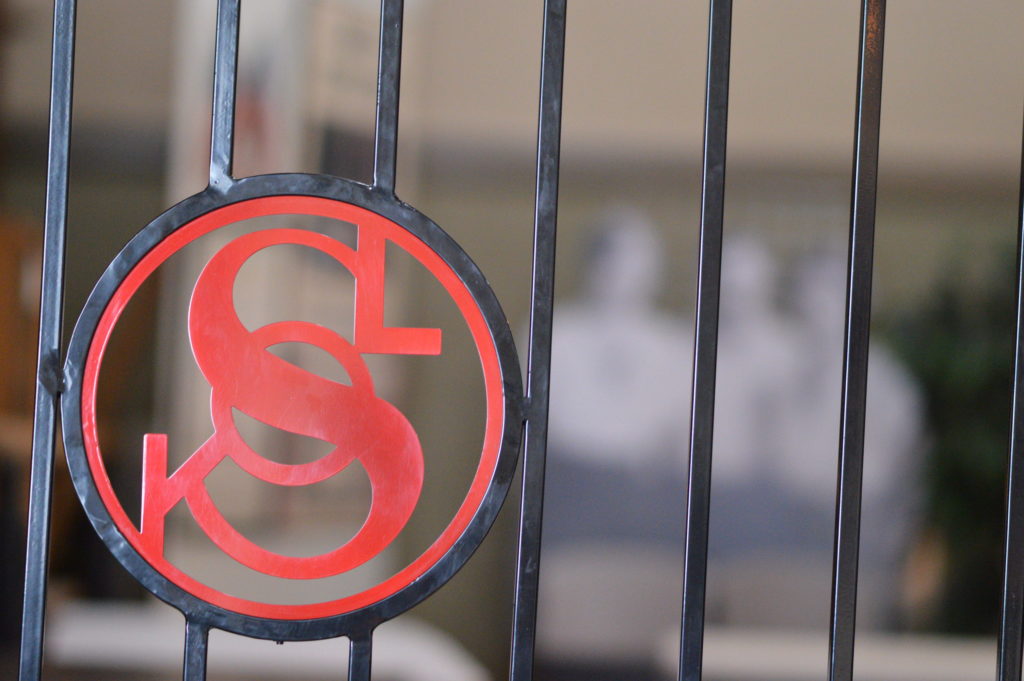 Cedar Rapids will be the site of the American Sokol National Slet and Festival, from June 22-June 25, 2017. (photo/Cindy Hadish)

Vogt’s mother and grandfather were active members of Sokol Cedar Rapids, and Vogt’s children, grandchildren and now a great-grandchild, K’den Sprague, all have belonged to the group. 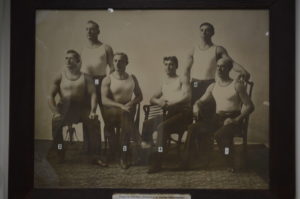 Jeanne Vogt’s grandfather, seated at right, was on a winning team that participated in the American Sokol competition in Chicago in 1909, as shown in this photo on display at the National Czech & Slovak Museum & Library.

K’den, 4, is in the tots class, and Vogt continues to participate in a Sokol seniors stretch class, which also takes trips to theater productions and tourist sites. “We do little side trips because we like the people we exercise with,” Vogt said, bringing Sokol full-circle to its roots.

The slet (which roughly translates to “a flocking of birds”) is a gathering of Sokol members who compete in gymnastics and other events.

“It’s also a social gathering and a chance to reunite with others we meet at the national Slet,” Gerber said.

Founded in 1862 in what later became the Czech Republic, Sokol (the Czech word for “falcon”) was based on the concept of a “Sound Mind in a Sound Body,” offering  physical training in gymnastics and other athletics, as well as providing cultural awareness and family-oriented activities.

Czechs who immigrated for work and other opportunities in Cedar Rapids founded a local Sokol unit in 1873. A downtown building constructed in 1908 was flooded in 2008, just as Sokol Cedar Rapids was preparing for the building’s 100th anniversary. 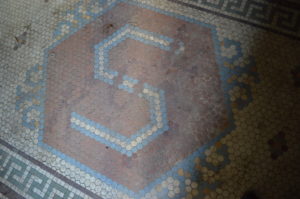 Though inundated with floodwaters in 2008, original tiles in the Sokol building in downtown Cedar Rapids survived. (photo/Cindy Hadish)

The organization is now located at 5200 18th Ave. SW, where gymnastics classes and other events are held.

Nationwide, 33 American Sokol units are active throughout the country, with about 500 participants expected for the Cedar Rapids Slet, including 16 local competitors, ages 8 to 65.

Events begin at noon Thursday, June 22, at the Clarion Hotel & Convention Center, 525 33rd Ave. SW, when a group of bicyclists, called Ride2Camp, will arrive in Cedar Rapids as part of a Sokol fundraiser.

Gerber said the public is encouraged to welcome the 14 cyclists, and spectators are invited to all of the events, with tickets available at the door. Discounts for most events are available with a Freedom Festival button.

Opening ceremonies begin at 7 p.m. Thursday at the Scottish Rite Temple, 616 A Ave. NE, with special numbers, such as choreographed dance routines and human pyramids. 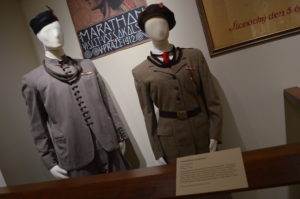 Formal Sokol uniforms are among the items on display at the National Czech & Slovak Museum & Library in Cedar Rapids, Iowa.

A banquet and Sokol awards are set for 6 p.m. Friday at the National Czech & Slovak Museum & Library, 1400 Inspiration Pl. SW, in Czech Village.

The calisthenics for which Sokol is known will be on display during closing ceremonies, set for 1:30 p.m. Sunday, June 25, at Kingston Stadium, 907 15th St. SW.

National slets are held every four years by the American Sokol. Cedar Rapids has hosted slets previously in 1888 and 1960.

For Gerber, the occasion will be especially momentous. At age 65, she will be competing in floor, vault, uneven bars and balance beam.

“Turning 65 played a part in it,” she said of her decision to compete. “I hope it’s an inspiration to the students at Sokol.”

See more details about the slet at American Sokol.
Find information about classes at Sokol Cedar Rapids at: www.sokolcr.com

In honor of the 2017 National Sokol Slet, the National Czech & Slovak Museum & Library is hosting an exhibit into the story of Sokol, open from June 3 to Dec. 31. “Twists and Turns” pays homage to the amazing men and women who made Sokol a part of their lives. The exhibit also recounts the perilous times throughout Czechoslovak history when Sokol was banned by various oppressive governments, and how a nation of immigrants across the ocean used Sokol to build strong American communities. 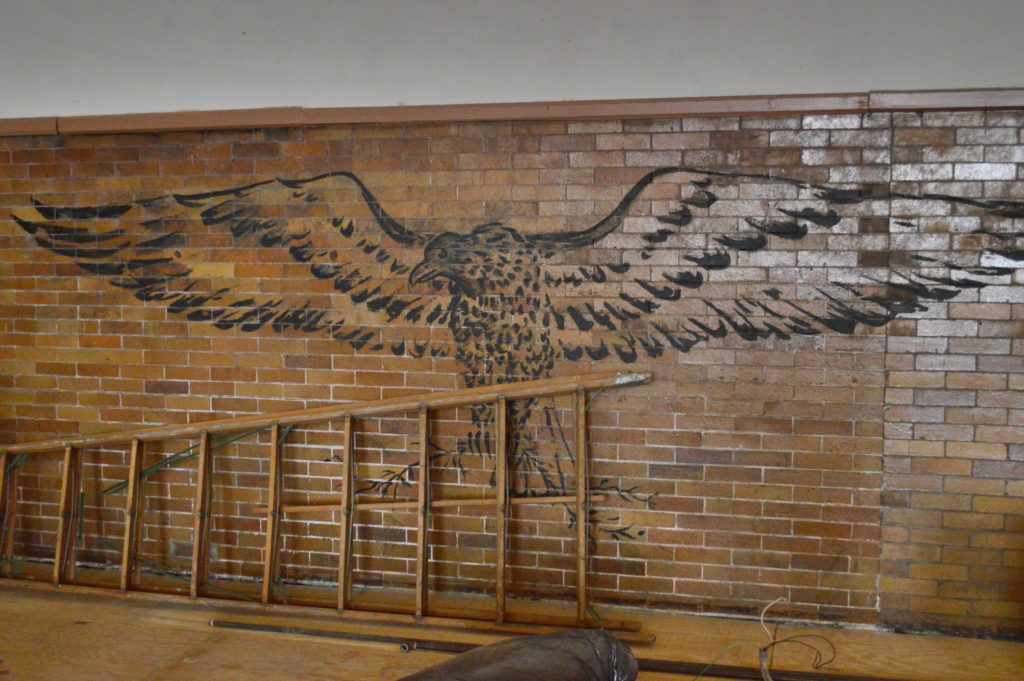 The image of a falcon remained on the wall of the Sokol building in downtown Cedar Rapids, even after the flood of 2008. (photo/Cindy Hadish) 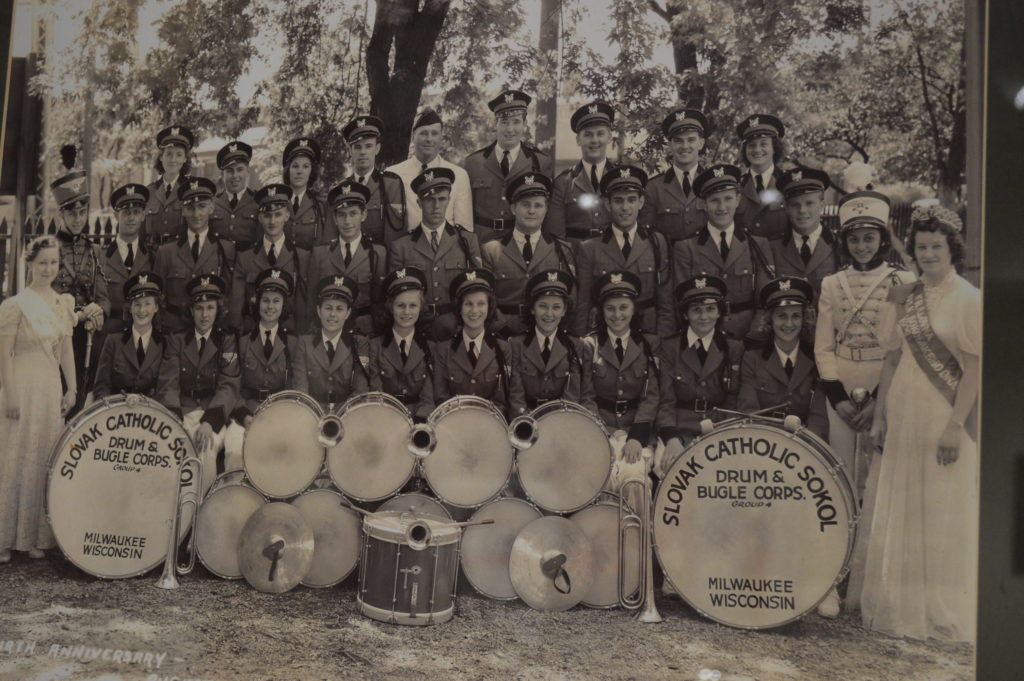 This photo of a Sokol Drum & Bugle Corps is among the items on display at the National Czech & Slovak Museum & Library in Cedar Rapids, Iowa. 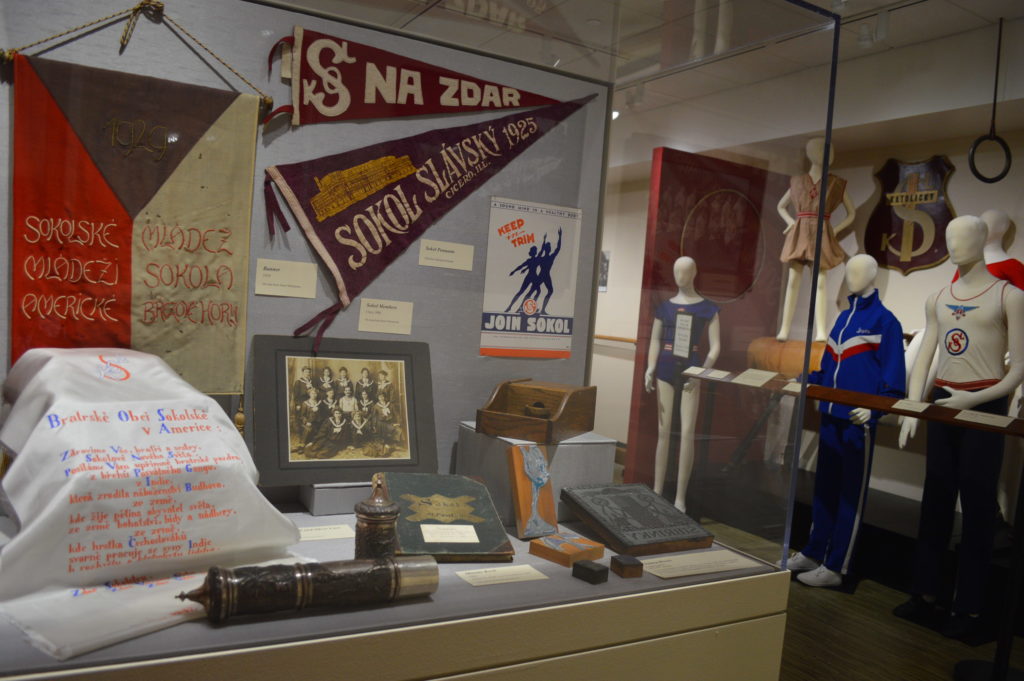 The National Czech & Slovak Museum & Library is featuring an exhibit of Sokol memorabilia to coincide with the American Sokol National Slet and Festival in Cedar Rapids. (photo/Cindy Hadish)