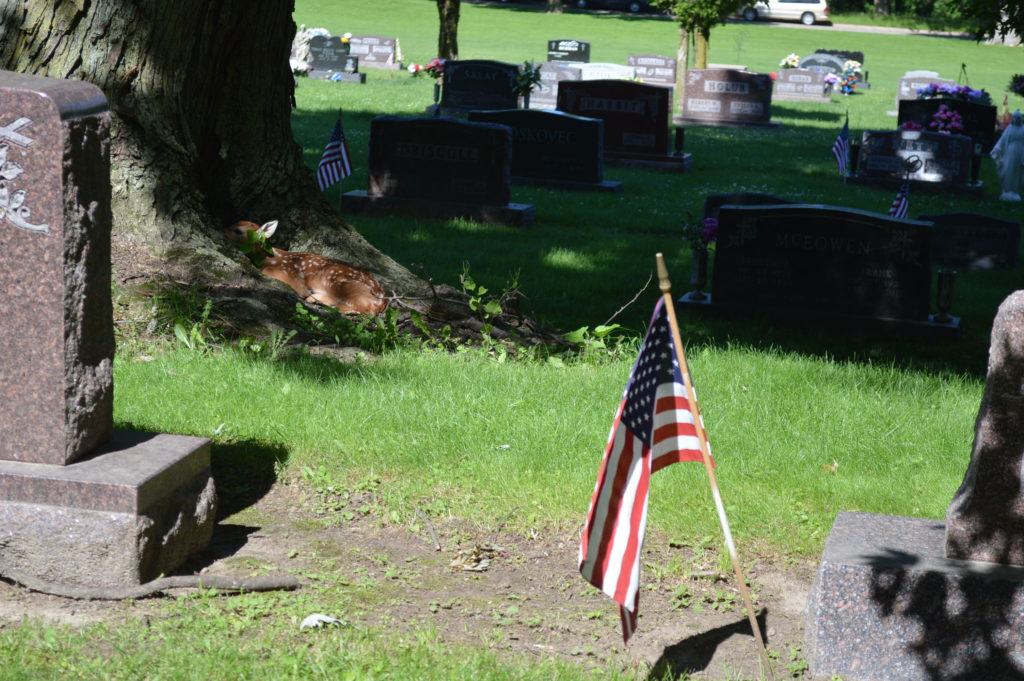 It’s tempting to reach out when encountering what appears to be an abandoned fawn, but the Iowa Department of Natural Resources notes why it’s best to leave “Bambi” alone.

The DNR also advises motorists to drive with caution, as does are on the move.

The calls, emails are personal messages have already begun. “I rescued this abandoned fawn, brought it home, now what do I do with it?”

Early June is a productive time of year for wildlife having babies, and for fawns to get “rescued” from their mother.

“The fawn may appear to be abandoned, when, in fact, it is under the watchful eye of its mother and should not be picked up or moved from the area. This is the mother’s way of protecting the fawn,” Coffey said. “She will return to nurse the fawn once or twice a day and start moving it when the fawn has the strength and agility to follow her effectively, usually after a week to 10 days.”

In addition to fawns showing up, pheasant chicks and turkey poults are hatching.

Early June is the second busiest month in Iowa behind the November rut for deer-vehicle collisions, as does are moving to more secluded areas prior to giving birth.

“The same cautions for drivers that apply during the November rut apply today – drive defensively and slow down. Watch for does going to nontraditional areas, like alfalfa fields, pastures, smaller secluded patches of habitat to have fawns. We’ve even seen does have fawns in flower beds. It’s wherever she feels safe when the contractions hit,” said Jim Coffey, forest wildlife research biologist with the Iowa Department of Natural Resources.

This increased deer movement spans the first two weeks of June. The fawning period coincides with hay cutting operations which can reduce cover and move deer as well. Drivers are encouraged to not swerve to avoid hitting a deer as that can result in more serious consequences.

“Does are active any time of day right now. If a collision is unavoidable, drivers should break and try to control the collision,” Coffey said.

Related: What to do when you encounter a bear