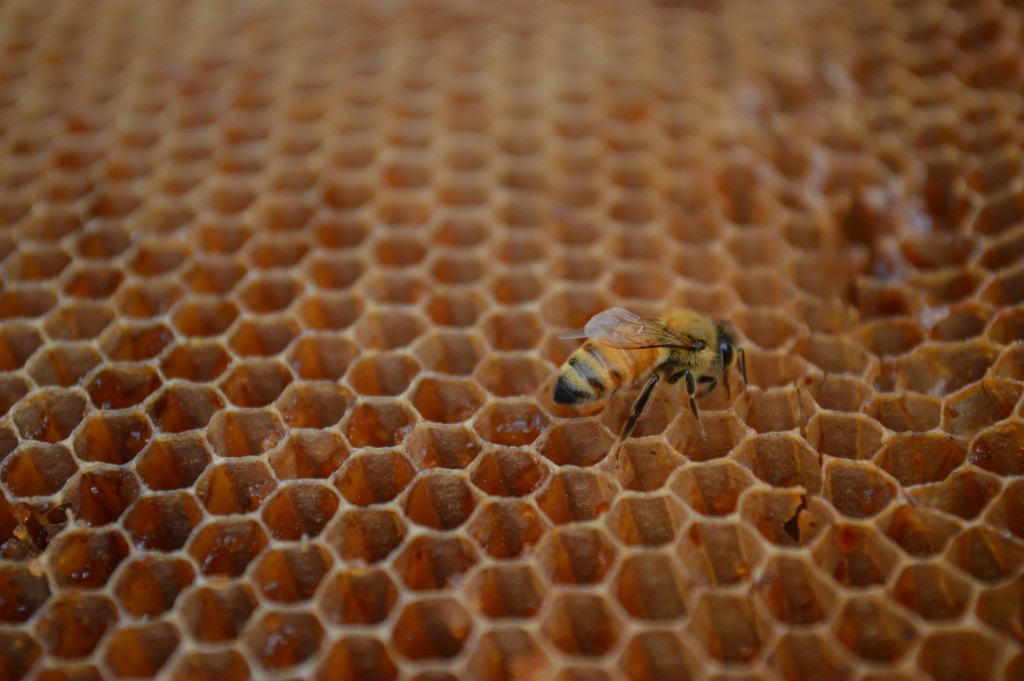 Beekeeping is being considered under an ordinance update in Cedar Rapids. (photo/Cindy Hadish)

On Wednesday, the Cedar Rapids Development Committee gave wing to what could lead to an ordinance allowing beekeeping in city limits.

Council members Monica Vernon and Susie Weinacht, with Pat Shey absent, both noted their approval for Community Development staff to include the issue as part of the planned comprehensive update of the city’s zoning ordinance.

Currently, Cedar Rapids only permits beekeeping within the agriculture zone district, generally limited to large undeveloped lots on the outskirts of town. In effect, the city does not permit the keeping of bees within or near neighborhoods.

The only mention of bees in city code states: It shall be unlawful for any person to keep or harbor bees unless same is specifically authorized under the Cedar Rapids Zoning Ordinances as agricultural or commercial use.

One of the initiatives of the city’s EnvisionCR plan calls for Cedar Rapids to amend the requirements for urban agriculture to allow for more flexibility, such as
gardens in the right-of-way and front yards; and allowing beekeeping in certain zoning districts. 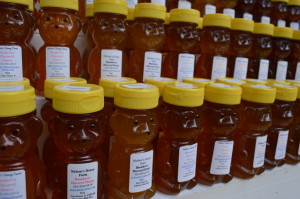 Proponents say providing local honey is one of the benefits of  backyard beekeeping. (photo/Cindy Hadish)

Seth Gunnerson, a planner in the city’s Community Development department, said an ordinance could be designed, similar to the city’s backyard chicken ordinance, which would include notification of neighbors, setback requirements, a permitting process and limits on the numbers of hives.

“Probably the number 1 concern is people being stung, especially if they’re allergic,” he said, when asked what problems are associated with backyard beekeeping.

Vernon said a sometimes overlooked area of beekeeping is providing locally produced honey that can be beneficial to allergy sufferers, including one of her daughters.

Vernon noted that she has purchased honey locally, only to find it has been shipped in from elsewhere and has no impact on allergies.

Weinacht said she has been in discussions with the city’s parks department regarding allowing bee hives in parks.

Beekeeping proponents cite the decline in bees due to pesticides and other factors and the need for pollinators for Iowa’s gardens and crops. 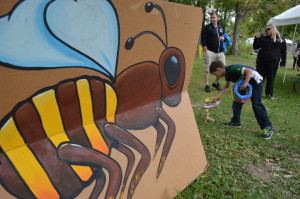 Already, there is a waiting list for classes in 2016. The series takes participants through the annual cycle of beekeeping from establishing a hive to harvesting and marketing the honey produced.

The Nature Center notes that starting two colonies of bees costs about $600-$700. Beekeepers usually devote 2-5 hours weekly to working in their apiaries April-September, with several additional days in the early spring and fall. Beekeeping is allowed in Linn County.

Cedar Rapids began allowing backyard chickens in 2010, and since then, Vernon said, “it’s not all it’s clucked up to be,” meaning that only a tiny number of people actually have hens, despite concerns that they would be running rampant.

At one time, about 70 households had a permit to keep up to six hens – no roosters are allowed – out of more than 50,000 homes.

Vernon said the same would likely hold true if beekeeping is allowed.

Davenport, Des Moines and Iowa City do not prohibit or regulate the keeping
of honeybees, while Decorah prohibits the keeping of bees and Cedar Falls requires that written consent of all adjoining property owners is required to keep bees. 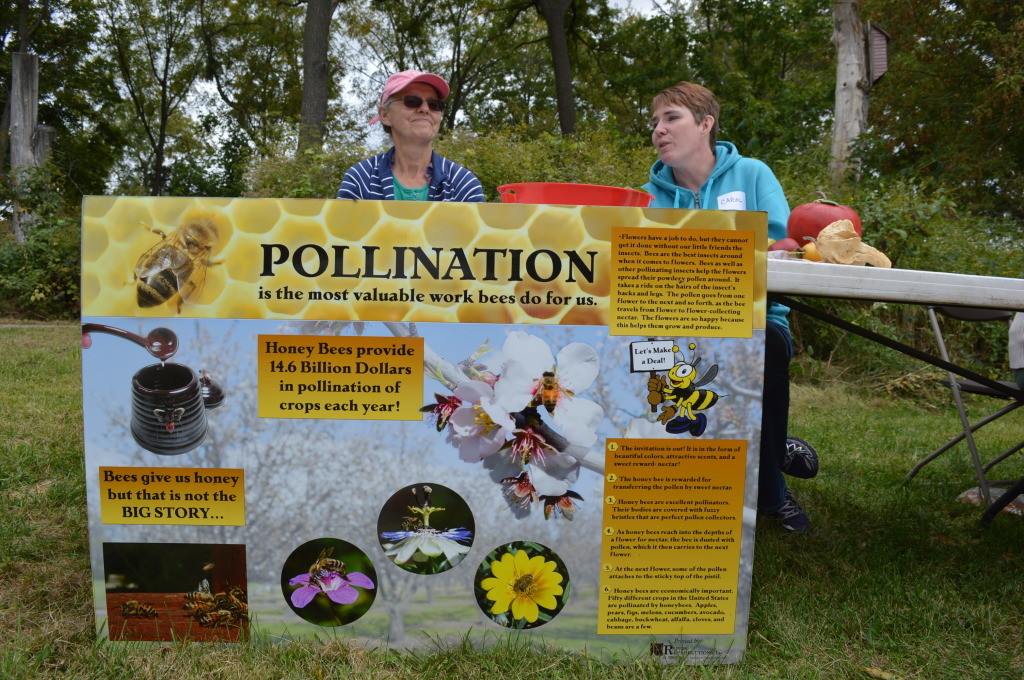 Education is a prime part of Honey Fest, with boards that explain the importance of bees. (photo/Cindy Hadish)