Battling the return of the Japanese beetle 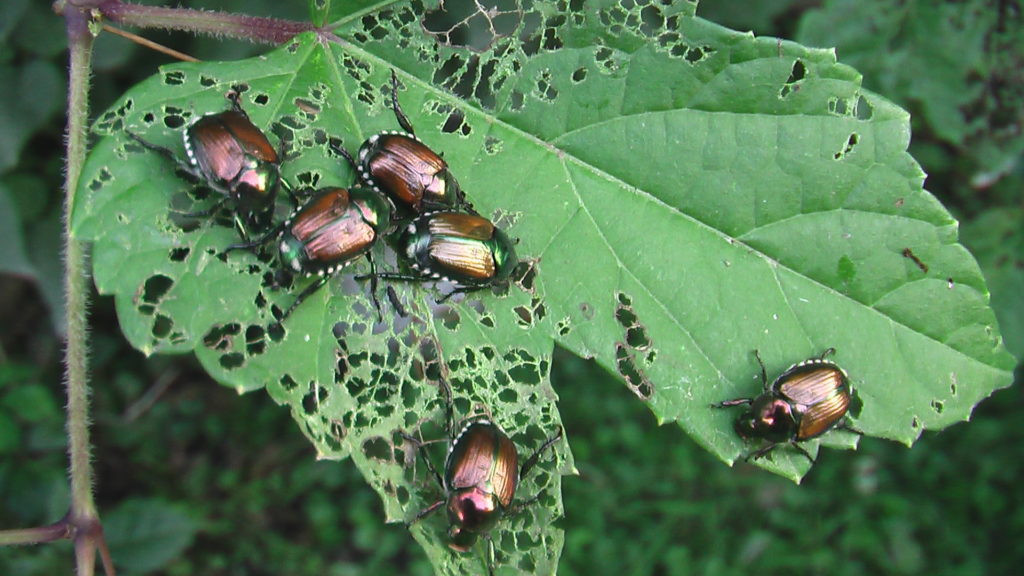 Hopes for a late appearance of the Japanese beetle were dashed when I saw the first cluster of the voracious pests on June 22, a few days to more than a week earlier than I’ve spotted them in the past.

The excruciatingly late winter weather in Iowa, which dragged well into April, was followed by an exceedingly short spring this year, and a dive into ultra-hot weather. The upended gardening season appeared to have no effect on this perennial pest.

With copper-colored wings and a metallic green head and body, Japanese beetles are easily identifiable and are known to consume more than 300 plants, with favorites including raspberries, roses, linden trees, hollyhocks and grapes.

Typically, they disappear by late July or early August, but not until devouring most of my raspberries, if I don’t get to them first.

Rather than attacking the beetles with chemicals, which can also harm our butterflies, bees and other beneficial insects, the easiest removal method is knocking them into a bucket of soapy water. This tends to work better in the late afternoon, when the beetles have less of a tendency to fly away and escape.

While this method is not particularly helpful for trees, most healthy trees should survive even the voracious appetite of Japanese beetles.

I’ve also heard of some people having success sprinkling self-rising flour on plants, which would need to be done frequently with the rain we’ve been experiencing.

Leave a note if you have other methods of controlling Japanese beetles.