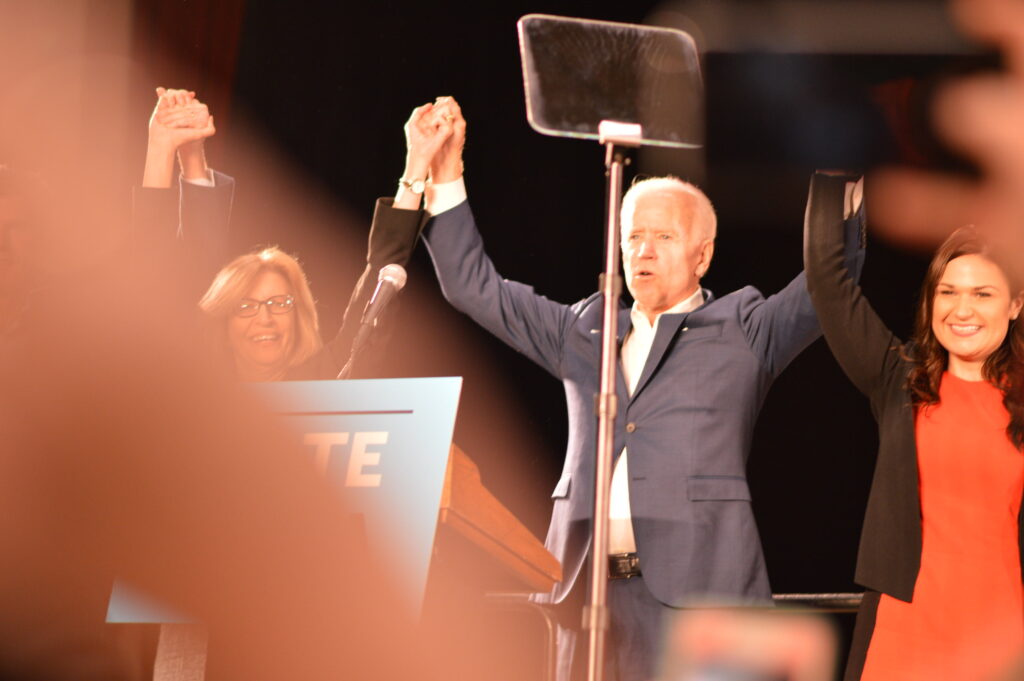 Joe Biden ends a rally at the Veterans Memorial Building in Cedar Rapids, Iowa, with Rita Hart, left, and Abby Finkenauer, one week before the 2018 midterm elections. (photo/Cindy Hadish)

CEDAR RAPIDS – As light rain fell, hundreds of people waited in a line wrapped around the Second Avenue Bridge to hear former Vice President Joe Biden in a campaign rally inside the Veterans Memorial Building.

“I’m here because my friend Abby Finkenauer asked me to be here,” Biden said when he took the stage.

Finkenauer, running against Rep. Rod Blum, had previously been a volunteer coordinator for Biden in Iowa.

Biden didn’t mention any political aspirations of his own during his 30 minute speech, though he is said to be considering a presidential bid in 2020.

He referenced events of the past week, including the killing of 11 people by a gunman at a Pittsburgh synagogue.

“It’s our leaders who need to set the tone and dial down the temperature,” Biden said.

Finkenauer, Hubbell and Hart addressed health care coverage, the privatization of Medicaid, the gutting of collective bargaining in Iowa and mental health needs of Iowans, as well as other direction changes they say are needed in the state.

Hubbell noted that he asked Iowa Governor Kim Reynolds to remove Rep. Steve King as campaign co-chair, to cheers from the crowd.

“His reprehensible actions don’t represent Iowa values,” he said of the congressman’s incendiary remarks about immigration.

Hubbell added that he has never been a politician, “but I have the experience to bring people together and get results.”

See more photos from the campaign rally, below: 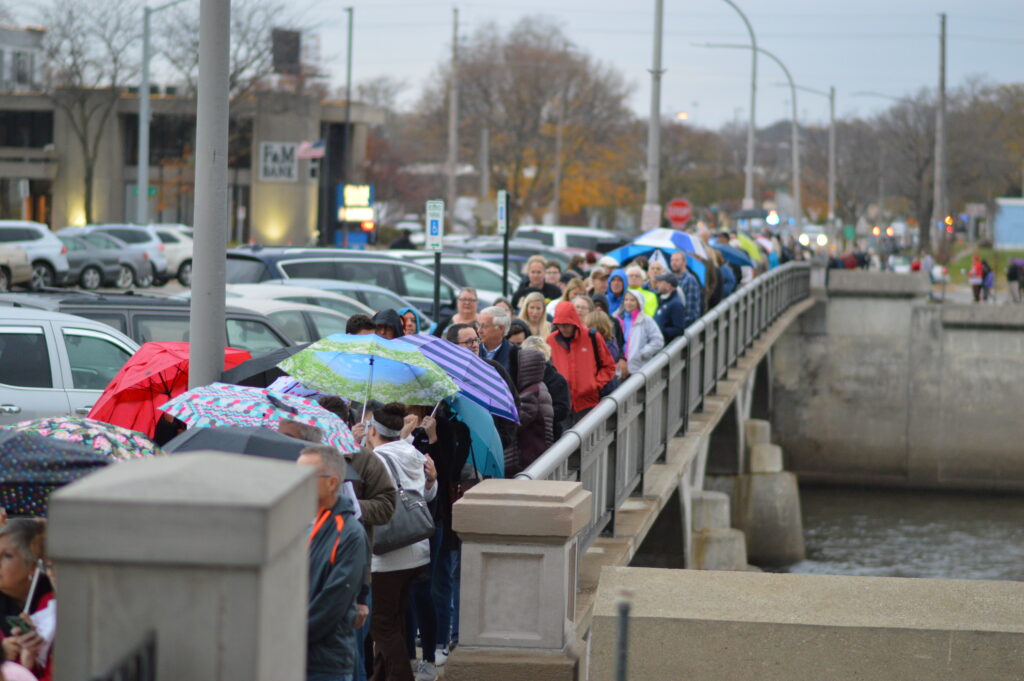 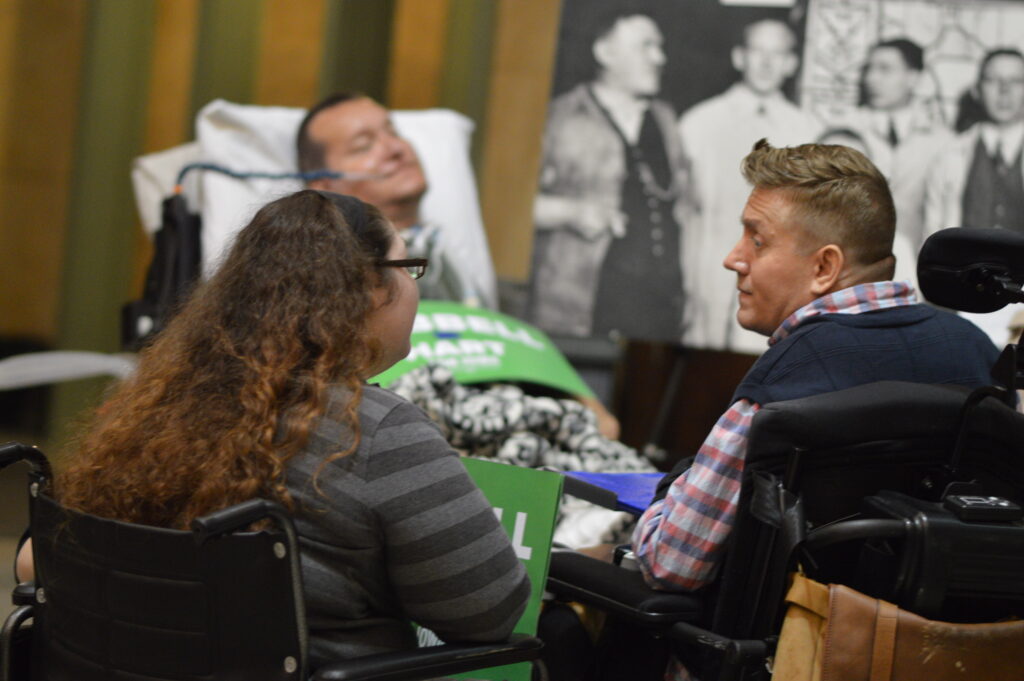 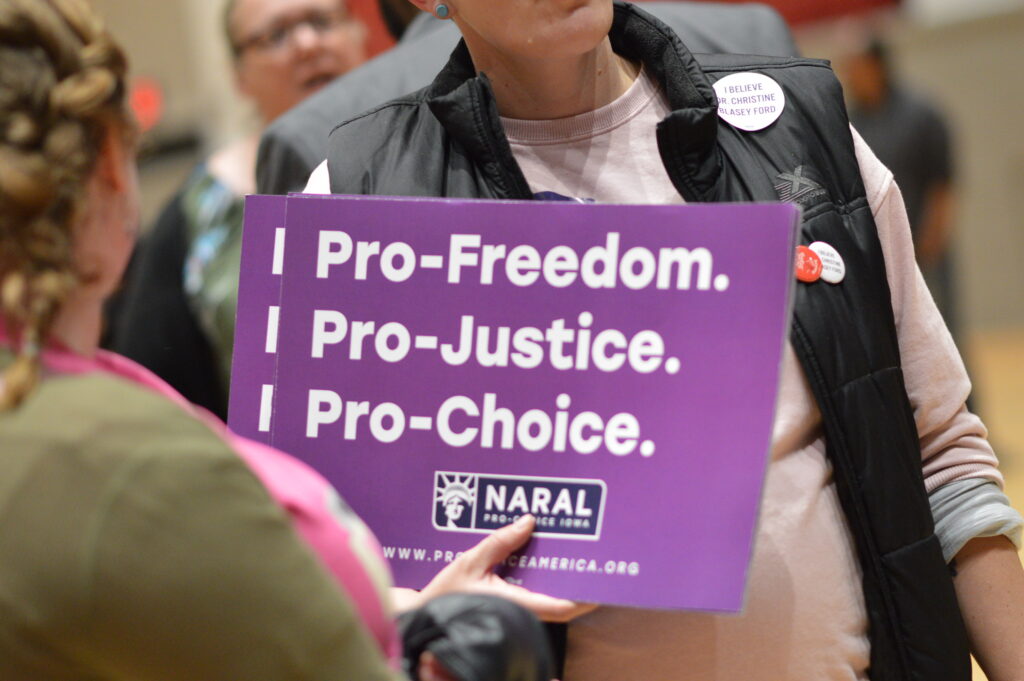 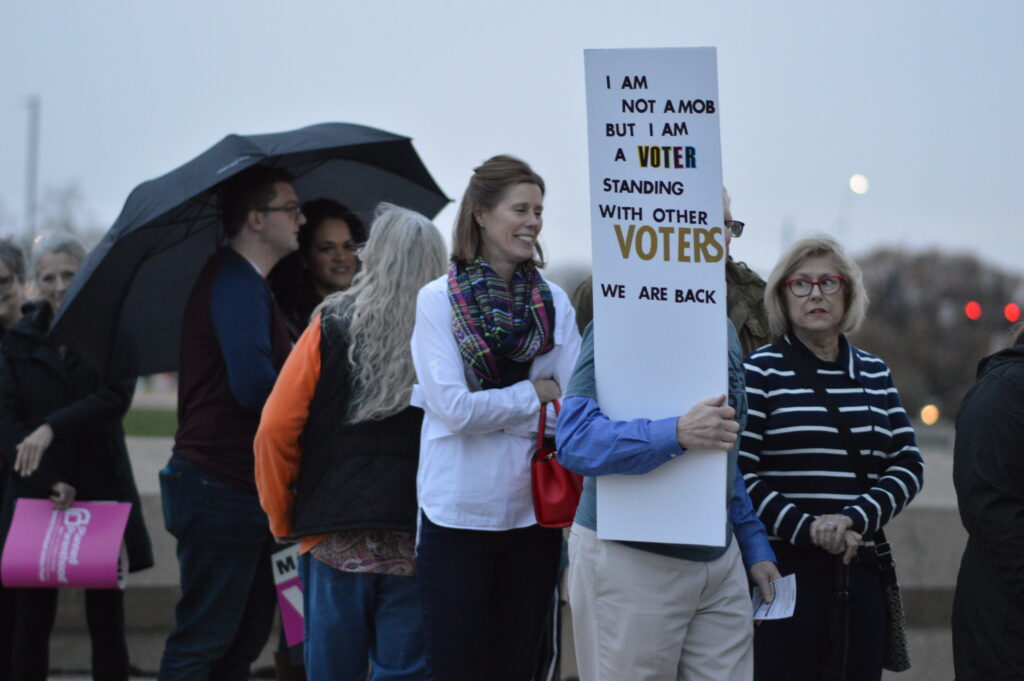 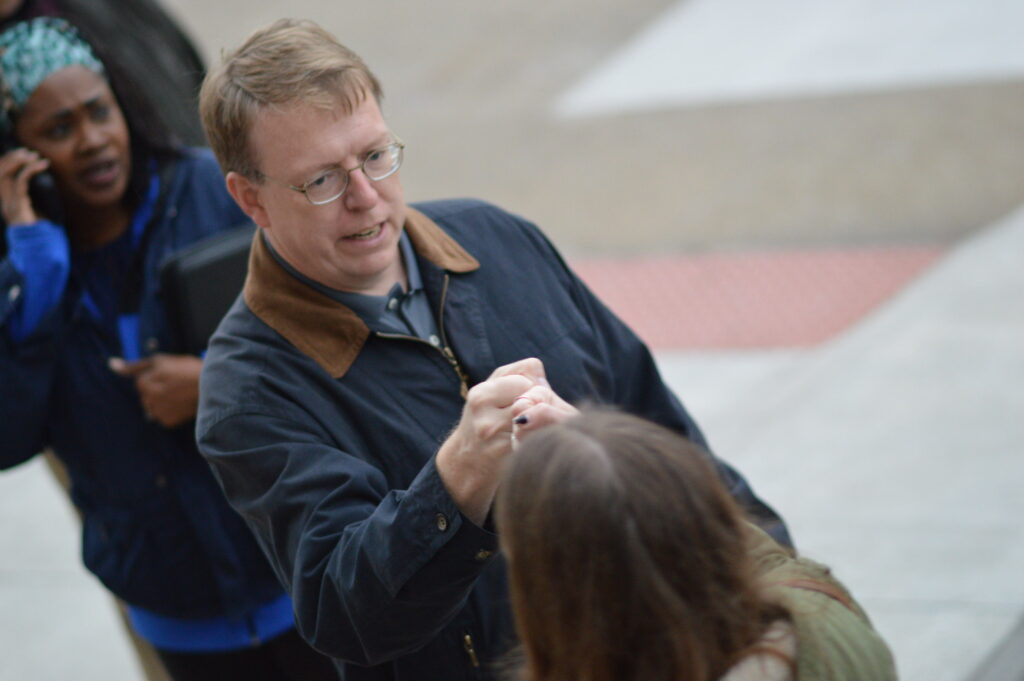 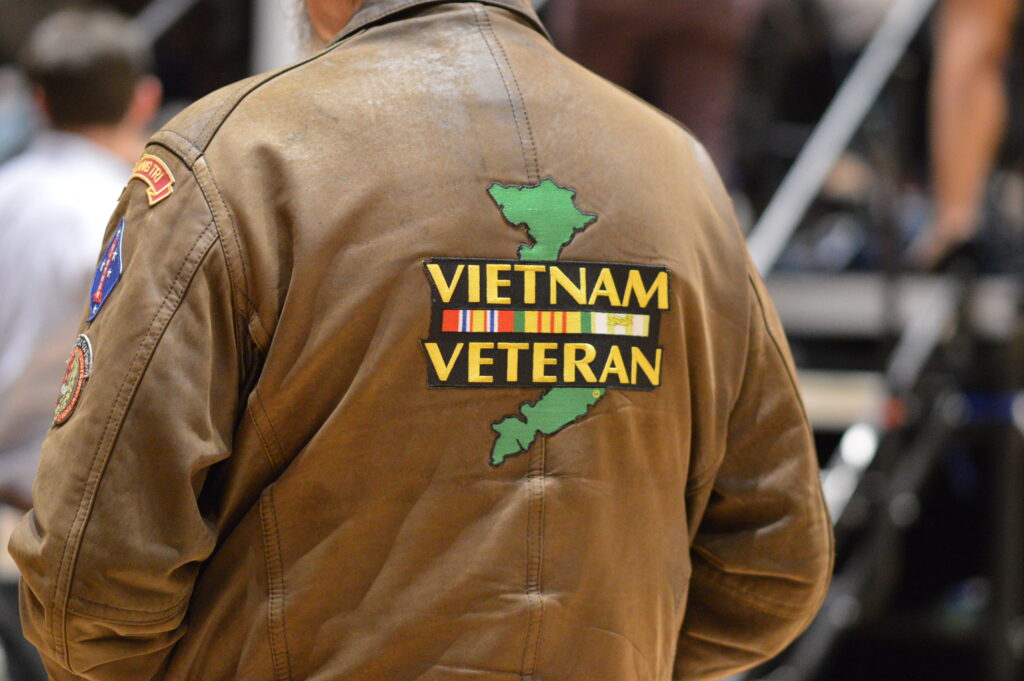 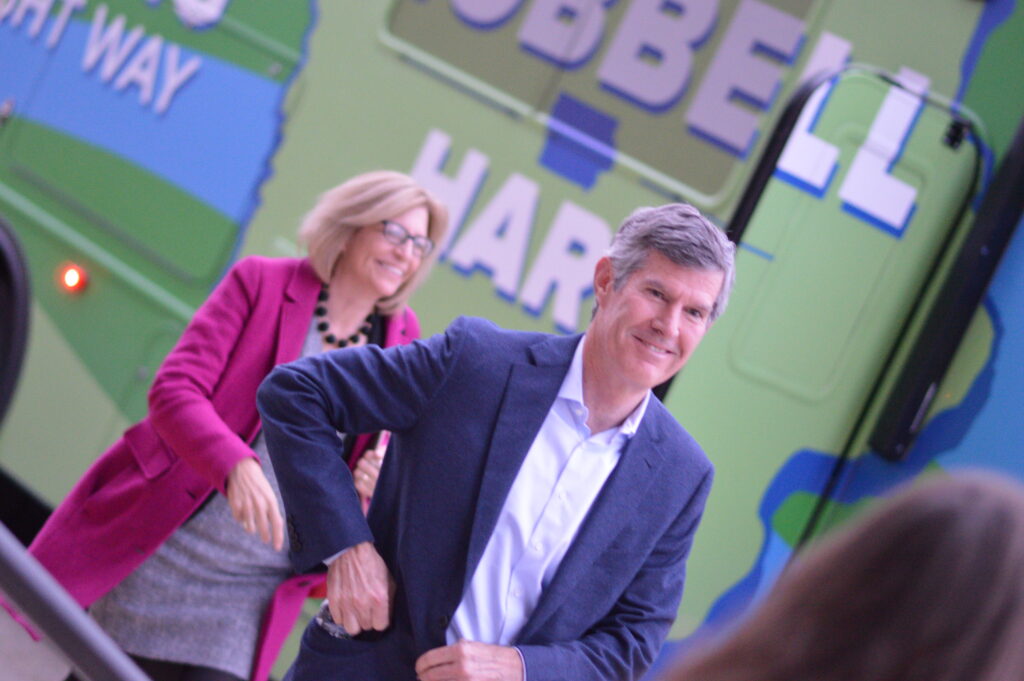 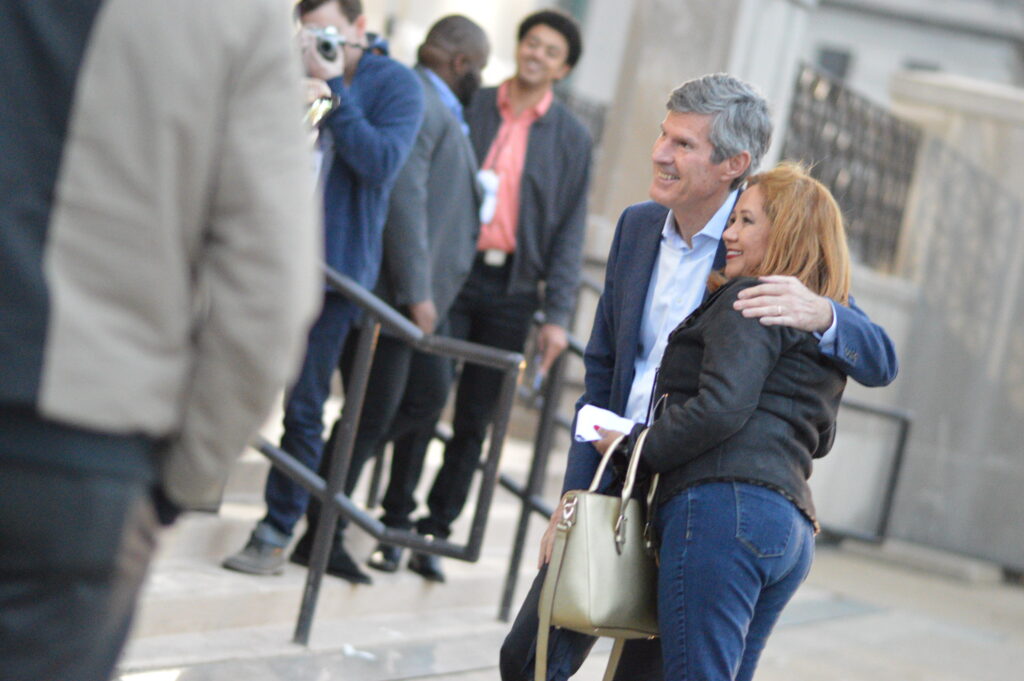 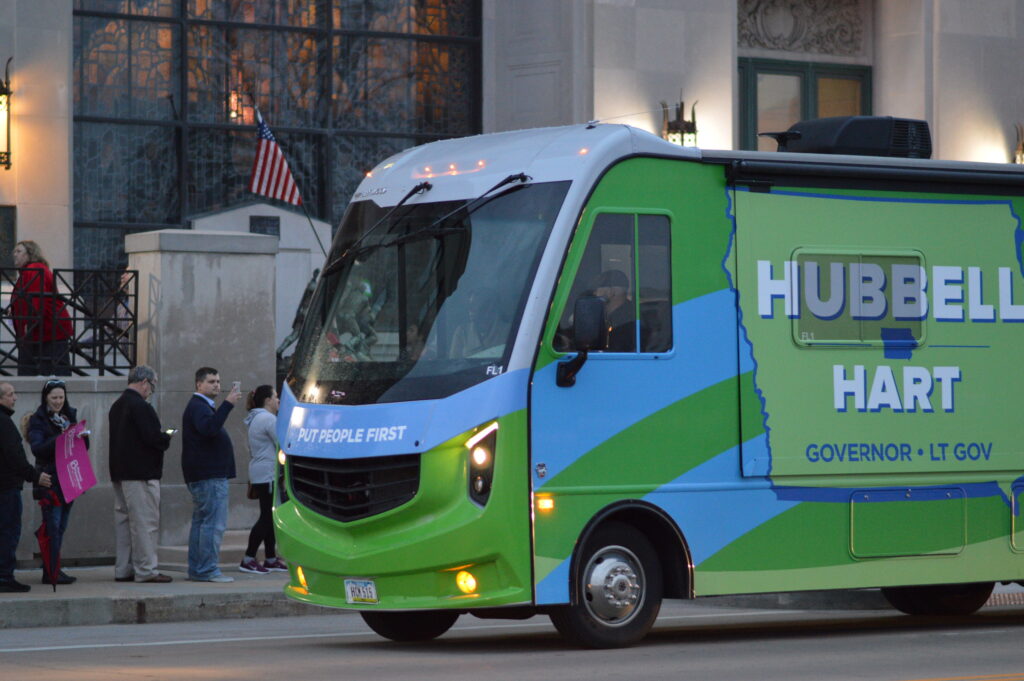 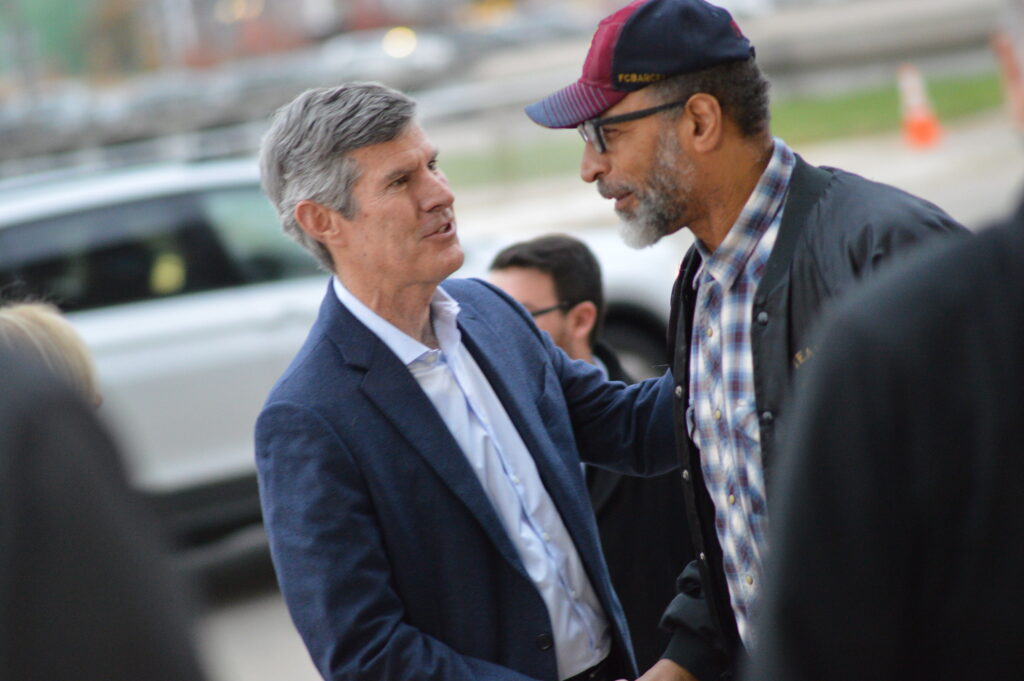 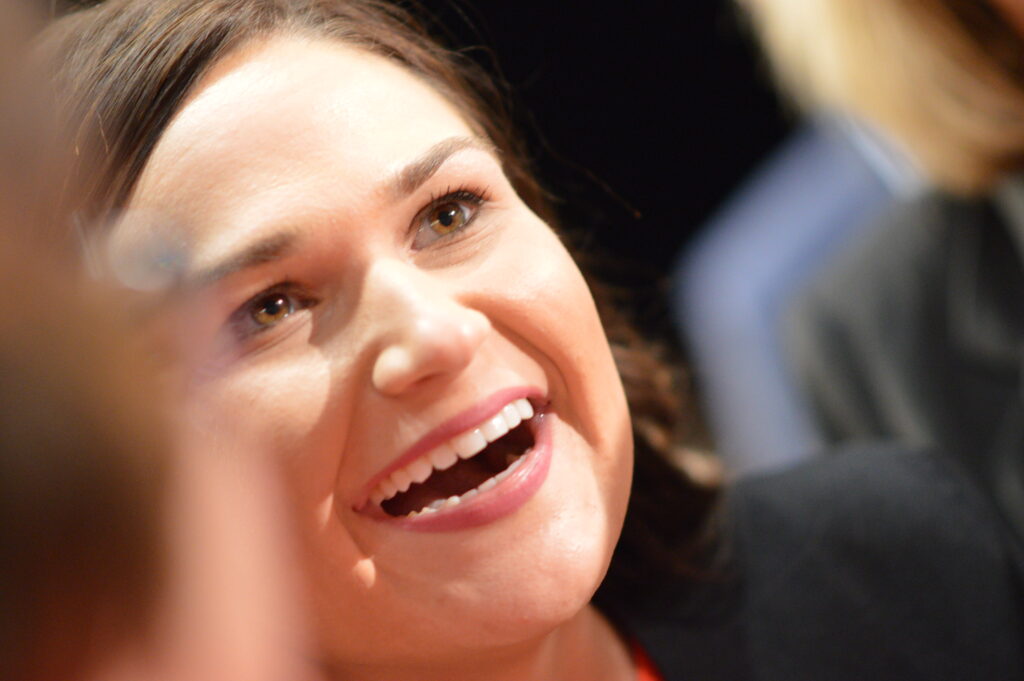 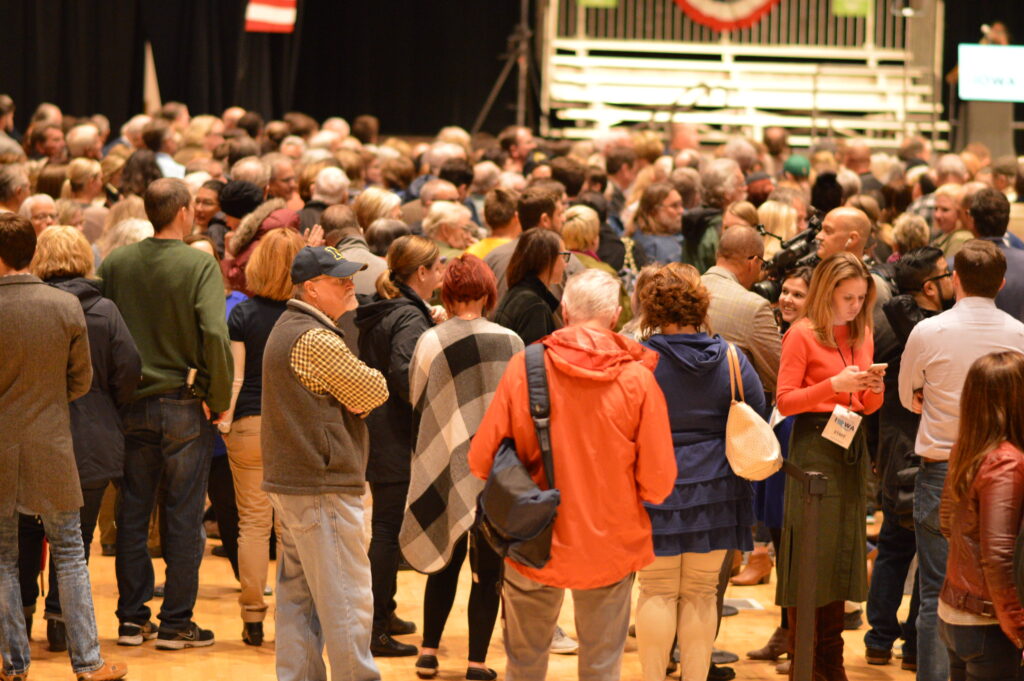 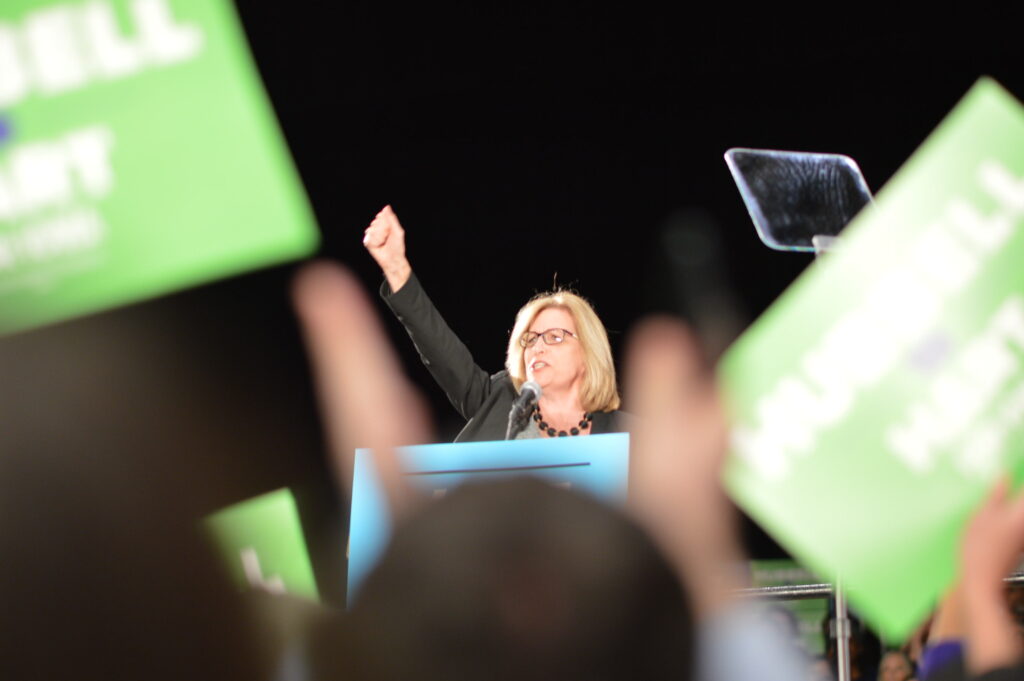 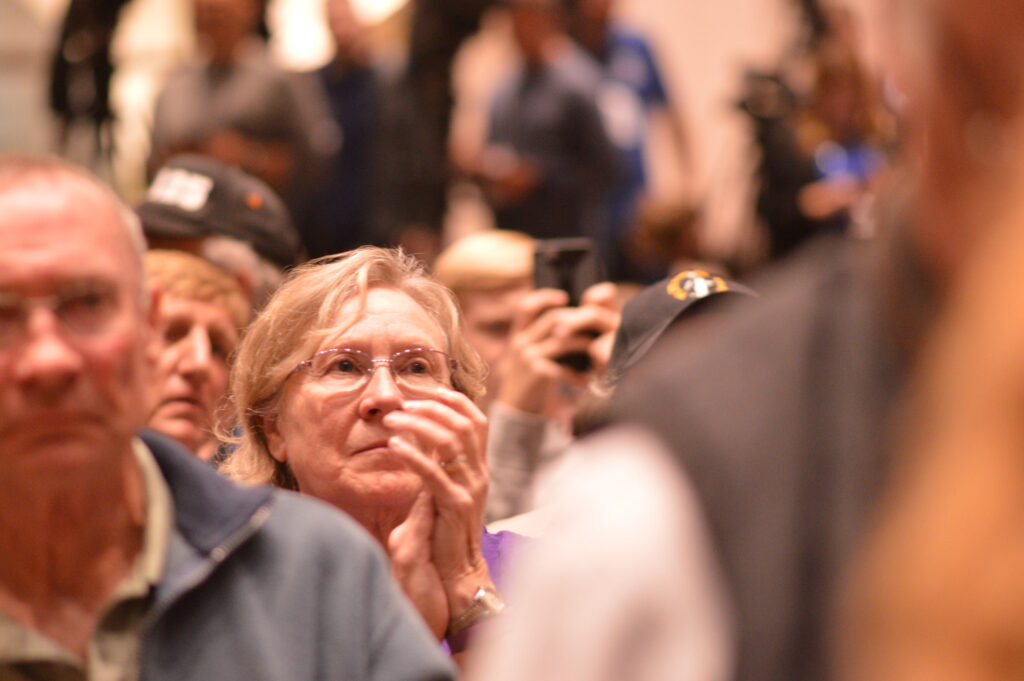 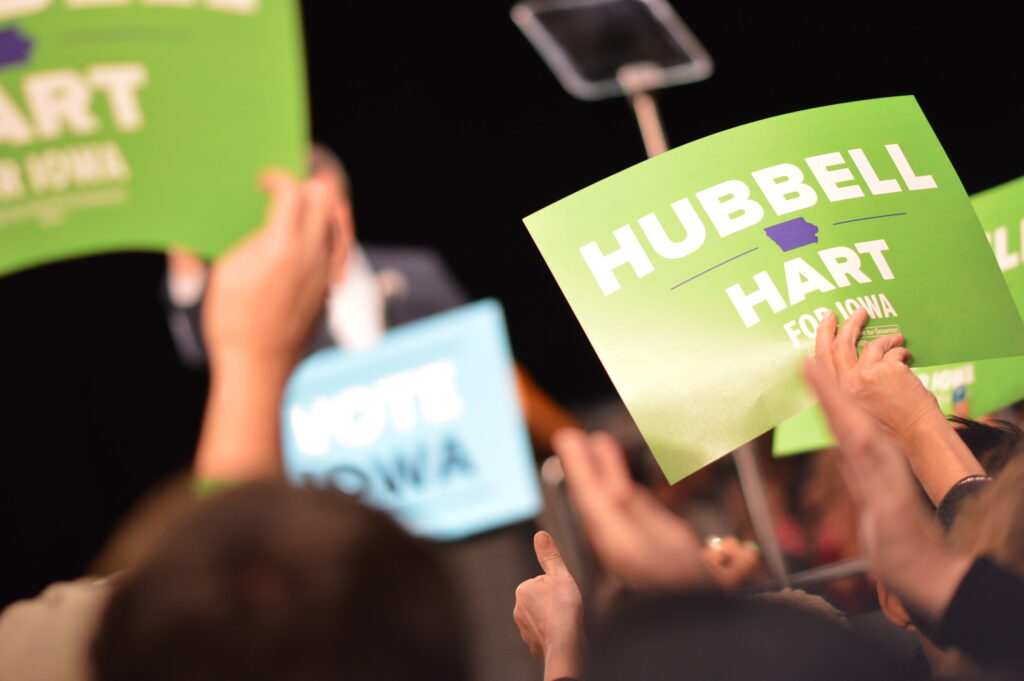 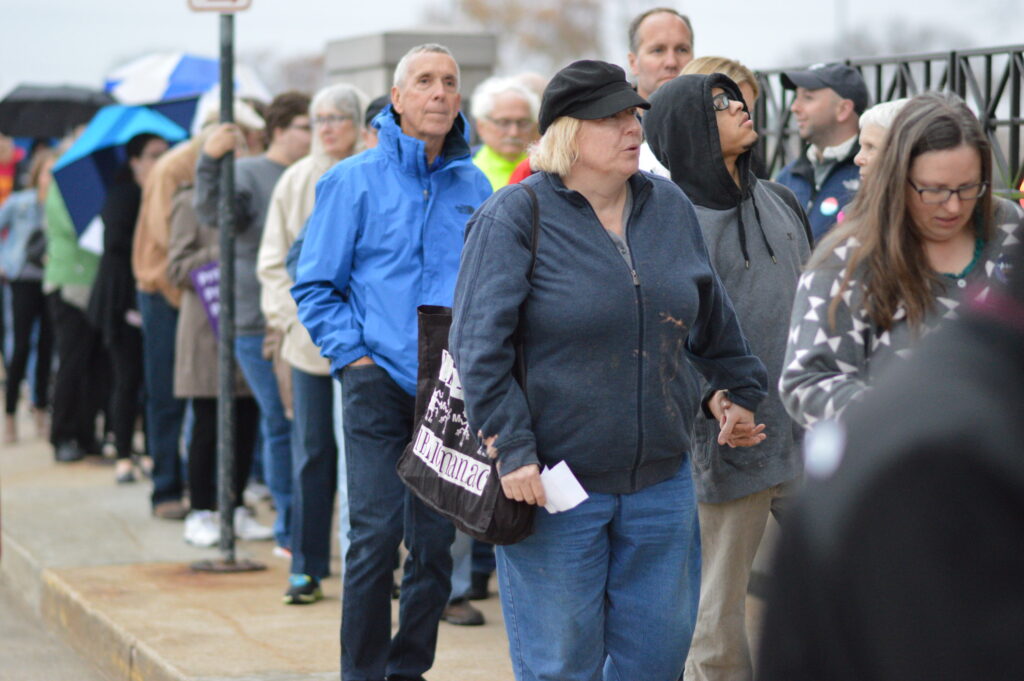 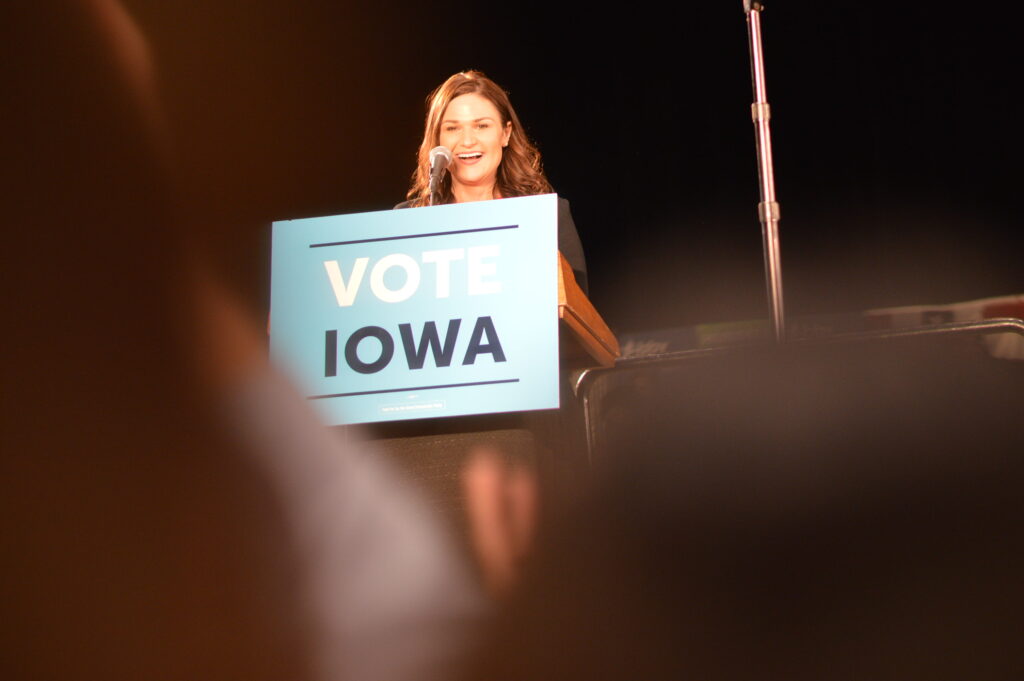 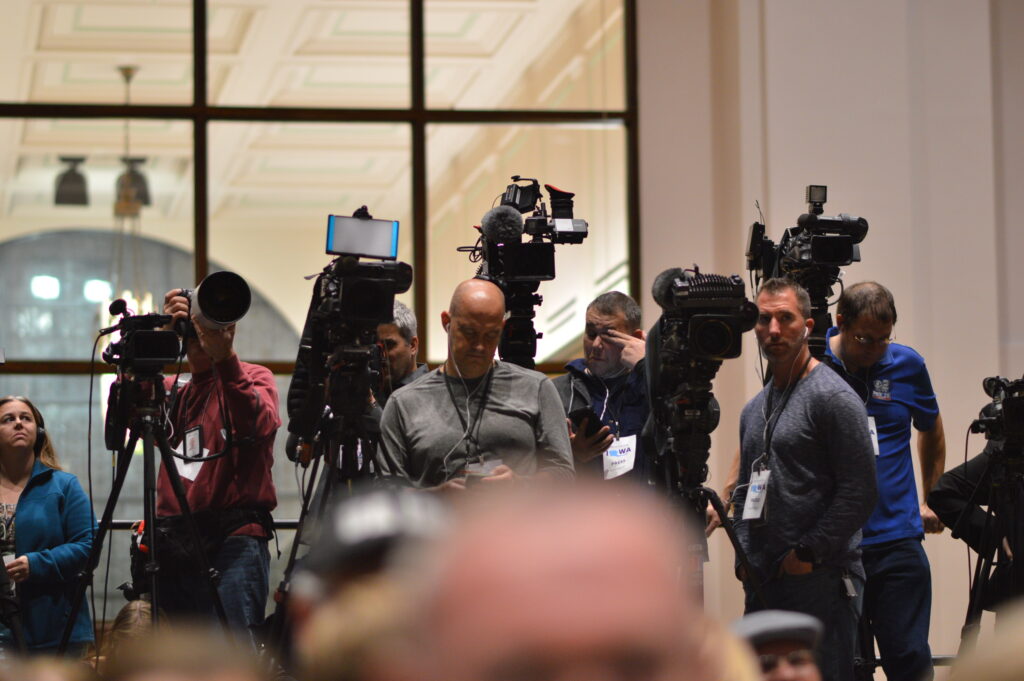 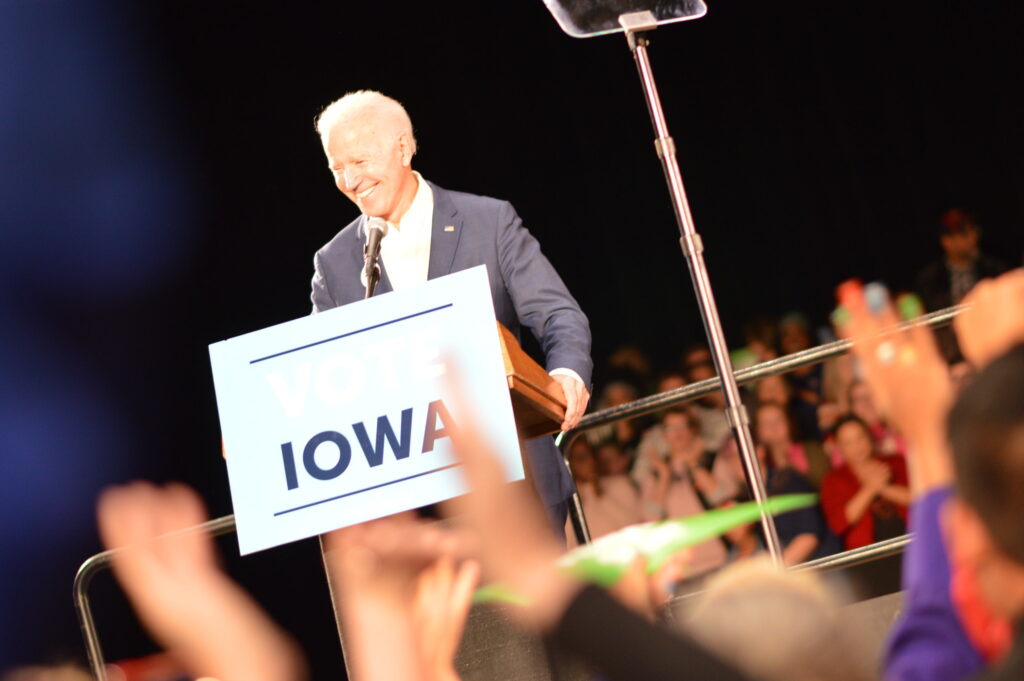 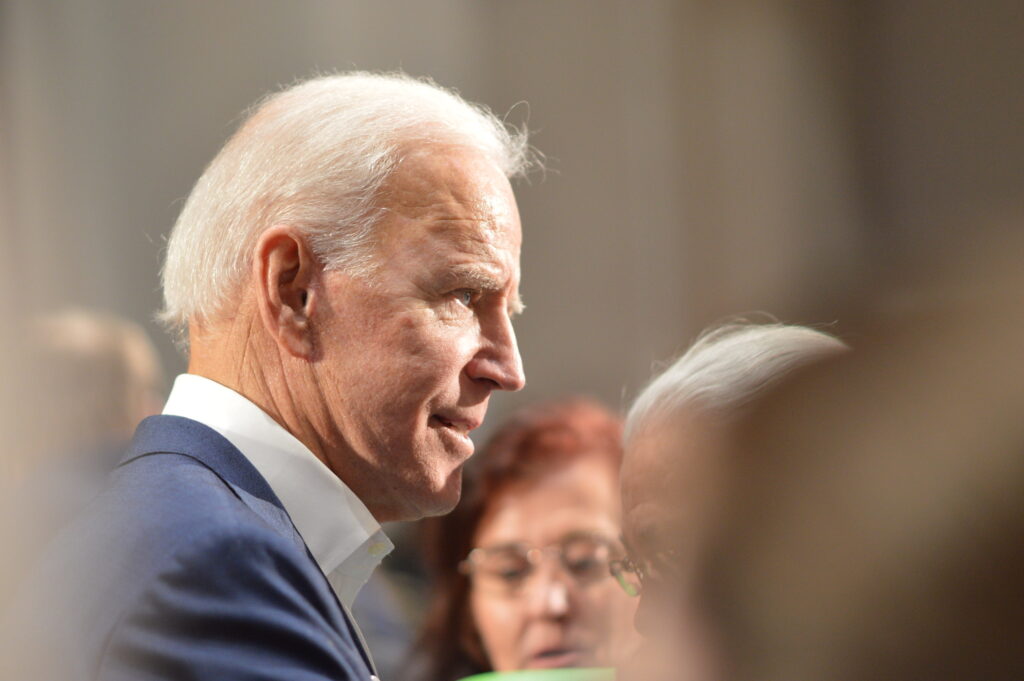