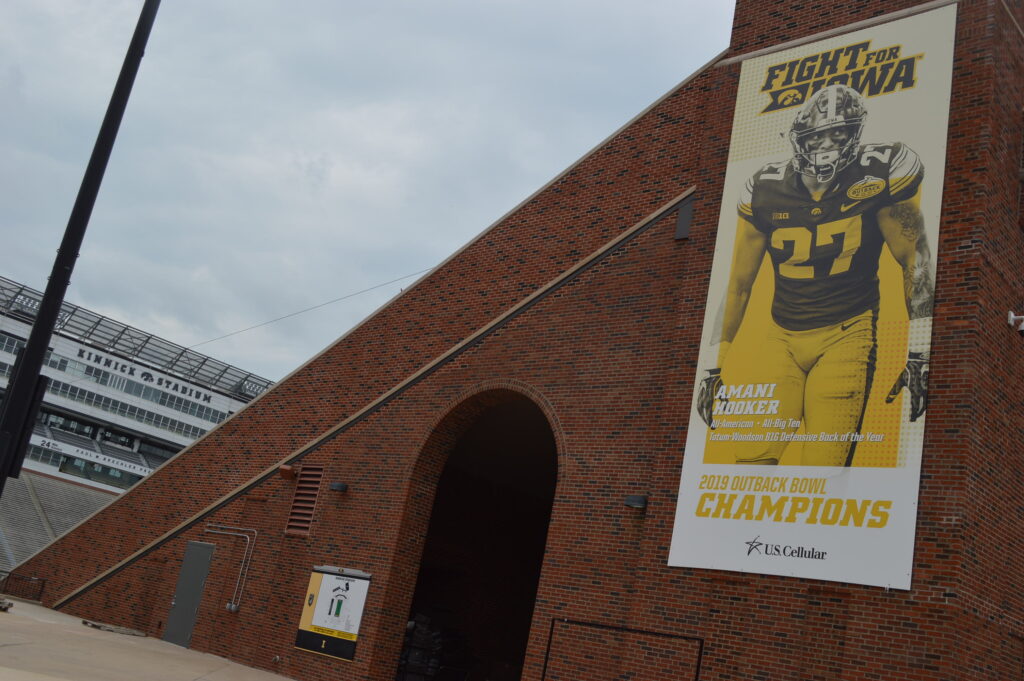 The Big Ten announced the resumption of football this fall. (photo/Cindy Hadish)

The Big Ten will resume football this fall, with games beginning the weekend of Oct. 23-24  spread out over a shorter season, and daily coronavirus testing beginning by Sept. 30, 2020.

“The Big Ten Council of Presidents and Chancellors (COP/C) adopted significant medical protocols including daily antigen testing, enhanced cardiac screening and an enhanced data-driven approach when making decisions about practice/competition,” according to a Sept. 16 news release, noting the council vote to resume the season was unanimous. “The decision was based on information presented by the Big Ten Return to Competition Task Force, a working group that was established by the COP/C and Commissioner Kevin Warren to ensure a collaborative and transparent process.”

Student-athletes, coaches, trainers and others who are on the field for all practices and games will undergo daily antigen testing. Test results must be completed and recorded prior to each practice or game.

The Iowa Hawkeyes and other Big Ten teams can resume the football season this fall. (photo/Cindy Hadish)

The earliest a student-athlete can return to game competition is 21 days following a COVID-19 positive diagnosis.

In addition to the medical protocols approved, the 14 Big Ten institutions will establish a cardiac registry in an effort to examine the effects on COVID-19 positive student-athletes. The registry and associated data will attempt to answer many of the unknowns regarding the cardiac manifestations in COVID-19 positive elite athletes.

“The Big Ten has been in a holding pattern since postponing the football season as they wait to gather more information on testing availability, contact tracing and cardiac effects of those infected with the coronavirus, specifically myocarditis,” Fansided.com noted.

“They’ve been subject to petitions from players like Ohio State quarterback Justin Fields advocating for a reversal of their decision, stern letters and parents staging protests at the Big Ten headquarters, called out for lack of transparency by Ryan Day and James Franklin, among others, and derided by fans on social media who want Big Ten commissioner Kevin Warren fired.”

Politicians, including U.S. Senator Chuck Grassley (R-IA) also have weighed in on the matter.

@ChuckGrassley
“I’m watching Iowa state play Louisiana. If big 12 can do it why can’t big 10. If @realDonaldTrump could do by executive order I would be watching UNI beat the Hawkeyes” Grassley tweeted on Sept. 12, without taking the athletes’ health into consideration.

Earlier, on Sept. 8, Grassley tweeted: “Ive given thoughtful consideration to big 10 not hving football this season Considering all the rules we expect American ppl to follow 2b safe: masks/social distance etc Ive come to conclusion the decision was just plain wrong bc our fans r responsible 2follow rules PLAY FOOTBALL”

At the same time, college towns, including Iowa City, home of the Iowa Hawkeyes, remain hotspots for COVID-19 cases. Nearly 200,000 Americans have died of coronavirus, including 1,234 in Iowa as of Sept. 16, along with more than 76,000 confirmed cases in the state.

Outbreaks at nursing homes also have increased, from 22 at the beginning of August, to 38 as of Sept. 16, and 653 deaths.

While Gov. Kim Reynolds still has not imposed a mask mandate to protect the health of Iowans, she ordered bars closed in six counties where coronavirus cases were escalating in August.

Reynolds then allowed bars in four of those counties — Black Hawk, Dallas, Linn and Polk — to reopen as of 5 p.m. Sept. 16, while keeping them closed in Johnson County, where the University of Iowa is located and where 4,873 COVID-19 cases have been recorded as of Sept. 16, and Story County, where Iowa State University is located, which has reported 3,185 cases.

More: Learn what else is happening in Iowa City 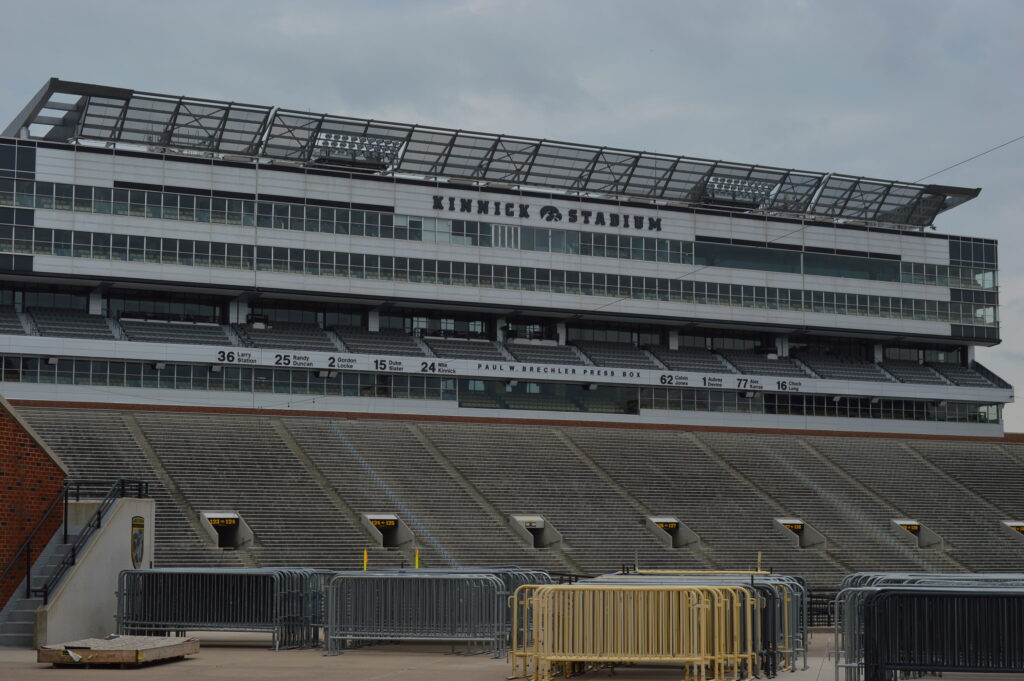 Whether or not fans would be allowed in stadiums for Big Ten football games remains a question. (photo/Cindy Hadish)