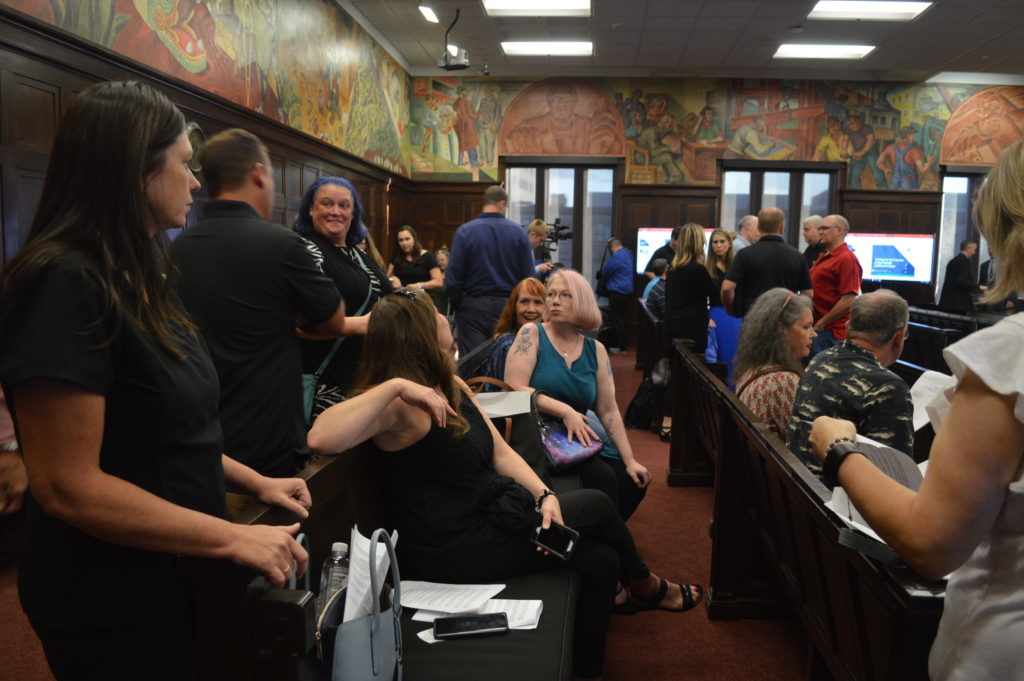 Neighbors react after the proposal to designate a Cargill railyard in their neighborhood as an essential service died for lack of a motion during the Cedar Rapids City Council meeting on Aug. 27, 2019. (photo/Cindy Hadish)

CEDAR RAPIDS — The City Council put the brakes on Cargill’s plan to build a railyard next to a nature corridor in a southeast Cedar Rapids residential neighborhood, at least for now.

After more than 20 people spoke against the proposal during a public hearing at the Aug. 27 council meeting, with a handful in favor, none of the council members made a motion to approve, or oppose, the designation of Cargill’s railyard as an “essential service.”

With no motion, the resolution died without a vote.

After the meeting, Dan Pulis, Cargill Cedar Rapids Corn Milling Facility Manager, issued the following statement: “Cargill has designated a significant amount of time and resources to this project. We recognize the Cedar Rapids City Council had a tough decision to make. Their vote didn’t approve or deny us from building a rail yard. As a result, we are prepared to continue to designate time and resources to find a path forward. Rail service has been a critical part of our business and needs to continue to be if we are to remain a viable operation in the community.”

It was the designation of an essential service that raised doubts for some council members, including Tyler Olson and Marty Hoeger.

Dale Todd and Mayor Brad Hart both said they supported the designation, even though Todd cited “some gray zone,” adding that “we’ll probably get sued,” had the measure been approved. 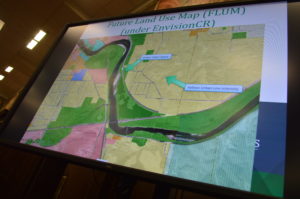 A land use map is shown during the Cedar Rapids City Council meeting on Tuesday, Aug. 27, 2019.

The designation would have allowed Cargill to bypass the usual rezoning process, in this case, for creating an industrial use in a residential-zoned neighborhood.

City staff said using the essential services designation allowed the city to put restrictions on Cargill’s use of the railyard, including limiting operating hours to 7 a.m. to 7 p.m., 365 days of the year.

Cargill had previously proposed building the railyard, which would serve its Otis Road corn milling plant, on land formerly designated as a 28-acre wildlife refuge at Otis Avenue and Stewart Road SE that is owned by the city. 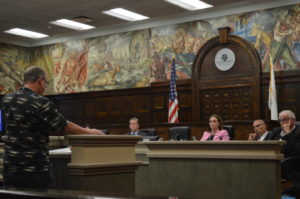 Some of the opponents of the project cited the 250,000 annual visitors to the park, while others pointed to environmental concerns and likely declines in their property values. An appraisal report funded by Cargill showed little effect on property values.

John Rosche, who has been restoring a 1900s farmhouse on Otis Road SE for the past seven years, said he doubted the appraisal’s validity.

“I spent my life savings purchasing this property,” he told the council, noting that before he bought his home, he was told nothing could be built on the property where Cargill hoped to locate its railyard.

Cargill representatives cited more than 200 employees at the plant and the farmers whose products the company buys in asking for the council’s support.

And while all of the council members who spoke said they appreciate having Cargill in the city, it wasn’t enough to get past other concerns. (Council member Ann Poe was traveling and her phone connection seemed to be lost during the hearing.)

Rob Hogg, a state senator and attorney who lives on Otis Road, said Cargill did not qualify for an essential services designation, as the company is not the same as a railroad asking for a switch or other needs for safety reasons.

“A railroad has the right of eminent domain, just like the city does,” he said. “A private railyard is not an essential service.”

Hogg added that current zoning in the area is either agricultural or residential.

“Everyone who bought their property was not expecting to live next to a railyard,” he said. “It is an industrial intrusion into this neighborhood.”

Cargill representatives said they will regroup before deciding what their next steps will be.

City Attorney Jim Flitz said it’s possible that Cargill could bring back their proposal, but  pointing to the council added, “you heard what they all said.” 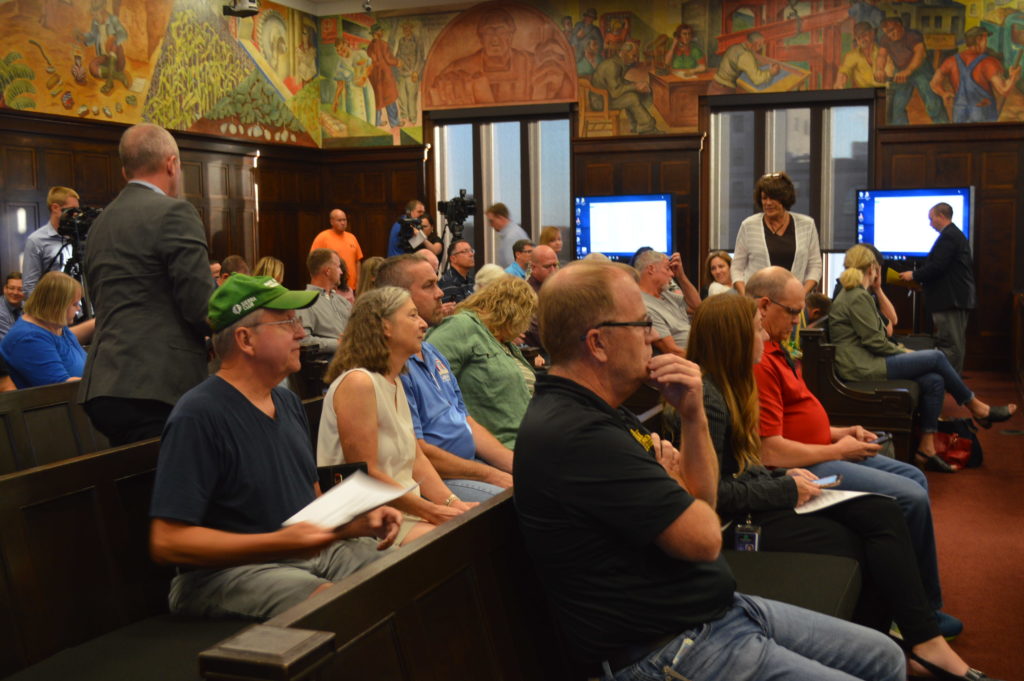 Residents of the Rompot neighborhood and others at the City Council meeting react after the Cargill resolution died for lack of a motion. (photo/Cindy Hadish)