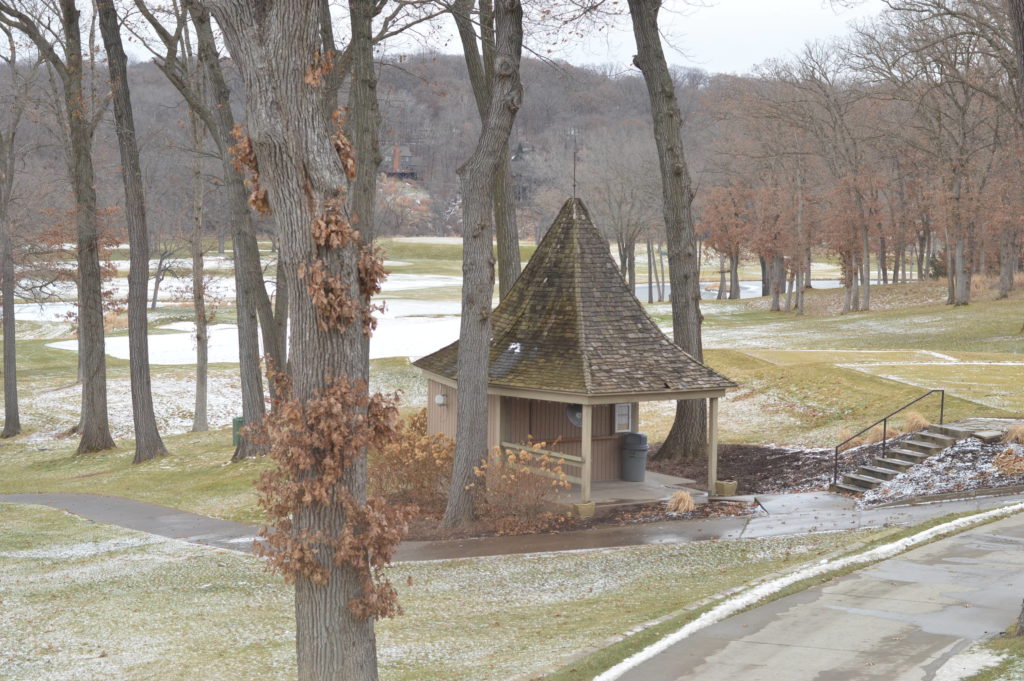 CEDAR RAPIDS — Urban dwellers who live near green spaces are less likely to die early, according to a new study; one of several presented at the Trees Forever “Our Woodland Legacy” Symposium.

The forum, on Thursday, Dec. 12, 2019, comes coincidentally just days before the Cedar Rapids City Council is scheduled to vote on the third reading to rezone land allowing ag giant Cargill to build an industrial railyard along the city’s popular Prairie Park Fishery and nature corridor.

City staff and council members attended the 14th annual symposium as they have in the  past, along with leaders of other area communities, but this year’s sessions seemed particularly timely.

The City Council voted earlier this month on the second reading to rezone land to build a  12-track, 200-car railyard, south of Otis Avenue, west of Cole Street SE, from suburban residential large lot to general industrial. The site, currently used as a Prairie Pollinator Zone, is in the floodplain and abuts a residential neighborhood.

“People today choose where they want to live, and then they look for a job,” he said, adding that Marion has made efforts to provide open space to not only enhance the personal health of residents, but the economic health of the city. “We continue to work on those things to give people a better quality of life.” 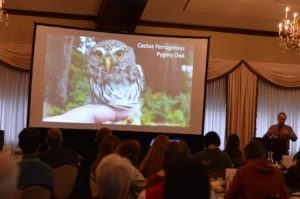 Symposium keynote speaker George Hess, of North Carolina State University, described efforts in other parts of the United States where community leaders are preserving natural areas, including the Sonoran Desert, where efforts were spurred by protection of the cactus ferruginous pygmy owl, once listed as an endangered species.

Hess cited another study that showed spending time in city parks elicits the same feelings of happiness as Christmas Day, with the “greener” the green space, the happier and less self-absorbed visitors are.

Increased physical activity, reduced pollution, heat, and traffic noise, along with stress reduction, are among the possible reasons behind the other new study that shows the value of green space for urban dwellers, Hess noted.

Those factors are among the reasons residents say they were attracted to the Rompot and Prairie Park Fishery neighborhood. Many of them have spoken out against the rezoning at City Council meetings, to no avail.

Once passed, the rezoning will allow Cargill, a privately owned multinational corporation, to build the railyard to serve their Otis Road SE corn milling plant. The railyard will operate 12 hours per day, 365 days of the year.

Cedar Rapids Mayor Brad Hart introduced a panel discussion at the symposium called “Bringing Nature Near,” in which panelists described local initiatives that bring nature to where people live and work and the importance of such efforts.

“We’re really committed to the same initiatives,” Hart said, comparing the city of Cedar Rapids to Trees Forever’s mission to promote the value and importance of natural areas for future generations, in “providing and creating a more healthy environment for all of our citizens.”

That commitment will be watched closely by residents and some of the thousands of visitors of the nature corridor as the council votes on the third and final reading of the rezoning request at the Tuesday, Dec. 17, City Council meeting at 4 p.m. at City Hall, 101 First St. SE. 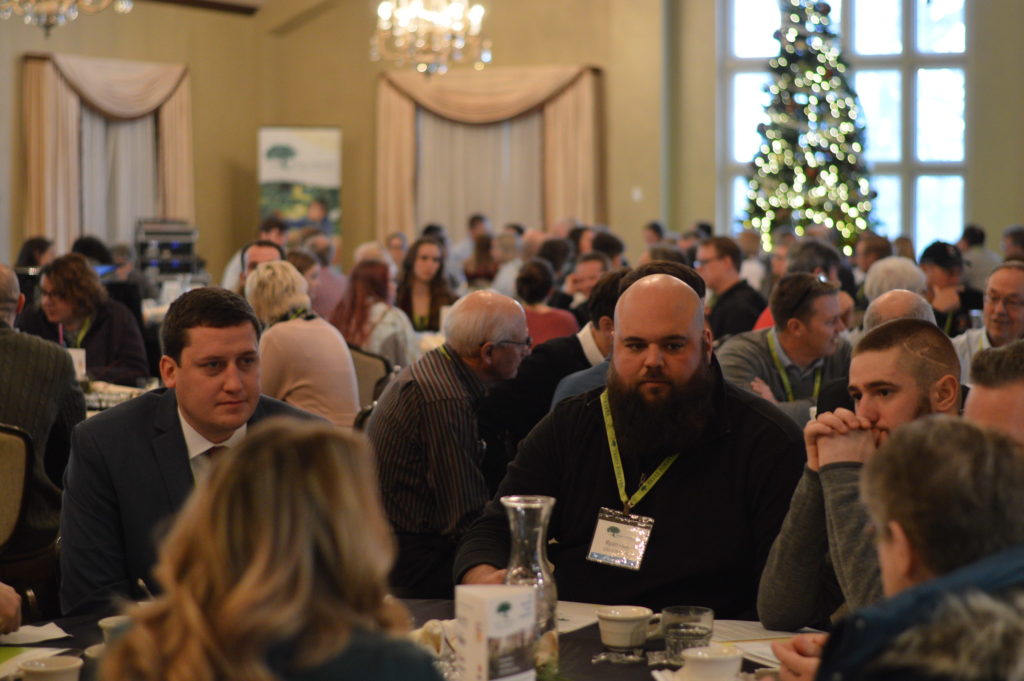 City leaders from Cedar Rapids and beyond, along with developers and others, attended the Trees Forever Our Woodland Legacy Symposium in Cedar Rapids, Iowa. (photo/Cindy Hadish)