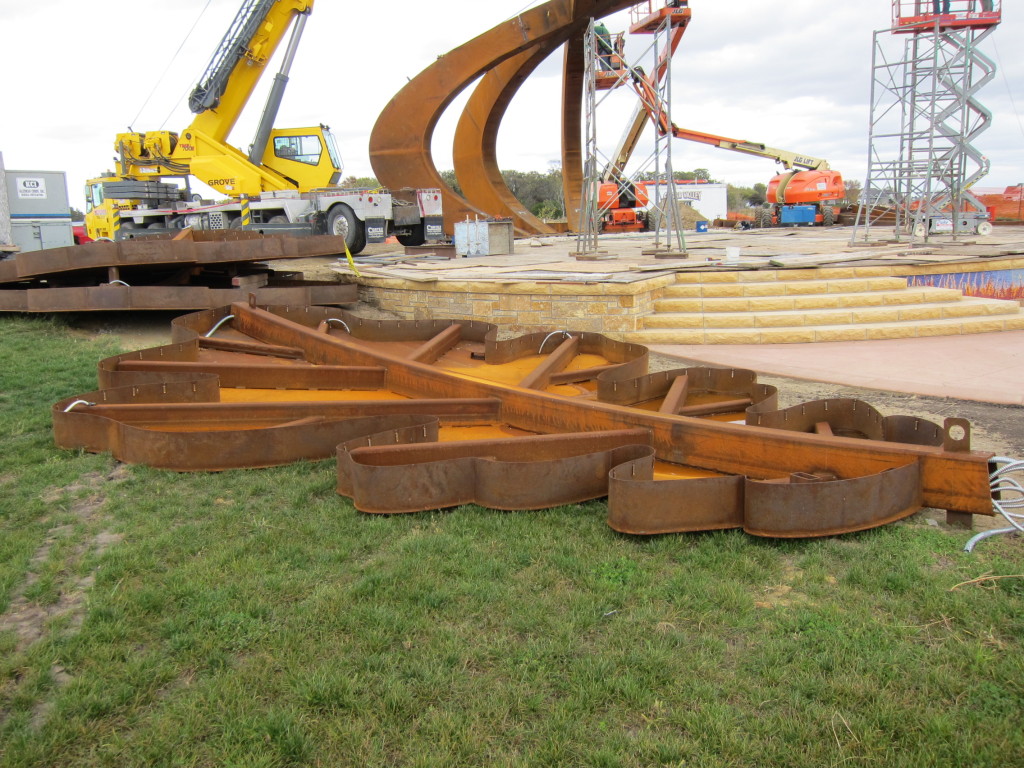 The amphitheater under construction on Friday, Oct. 18, 2013, at Lowe Park in Marion, Iowa, will feature a canopy with an oak-leaf design. (photo/Devon Dietz)

I just spoke to Tom Barnes, president of Barnes Manufacturing in Marion, which is in charge of building and installing this grand structure, with its oak-leaf-design canopy. He said the amphitheater, named for longtime Marion residents Vic and Pat Klopfenstein, is scheduled to be finished by Christmas.

The city of Marion notes on its website that a sculpture trail will also be constructed at Lowe Park: “The unique trail will lead visitors through a healthy native prairie where they will encounter a series of large-scale sculptures. The grand finale will be the nature-themed amphitheater, which will serve as a functional work of art featuring a canopy of six enormous oak leaves. The open gathering space, conveniently situated adjacent to Lowe Park’s LEED Silver Arts and Entertainment Center, will welcome all visitors to participate in a myriad of public performing arts events as well as private celebrations.”

These are some of the photos Devon shot on Friday, Oct. 18: 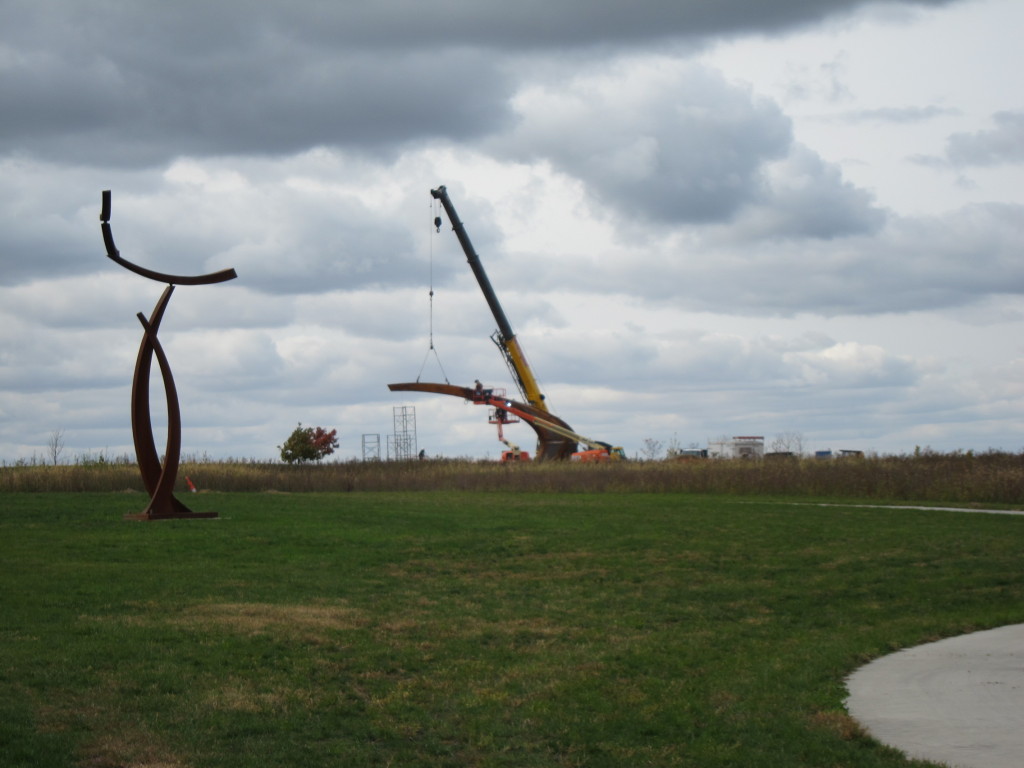 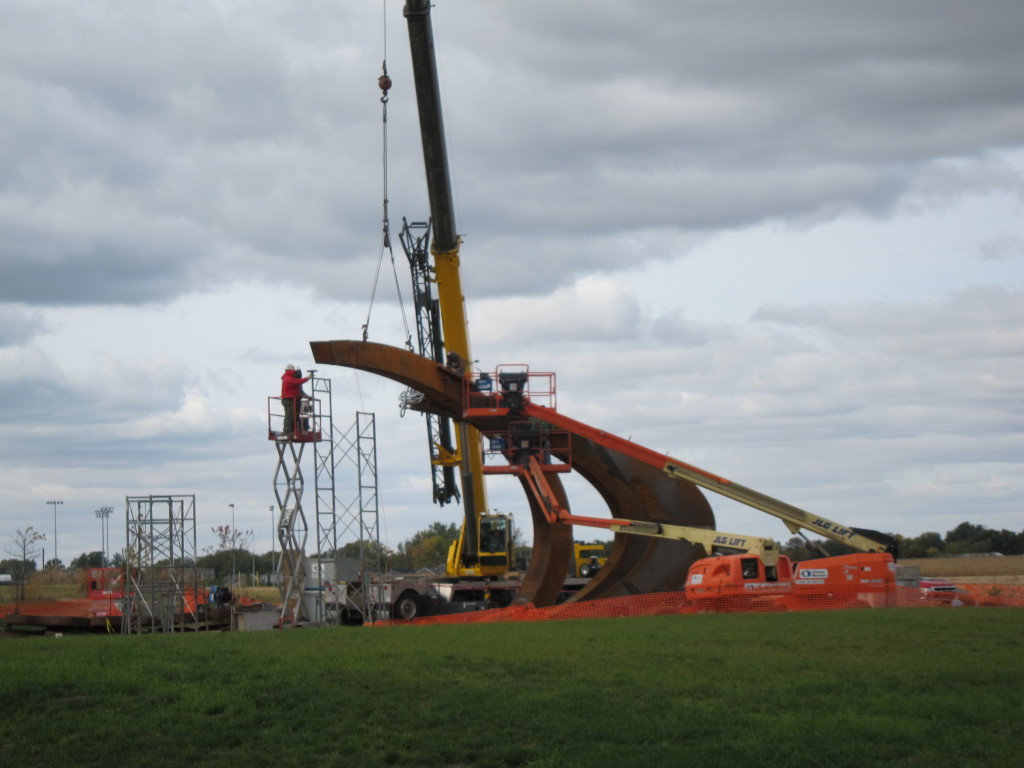 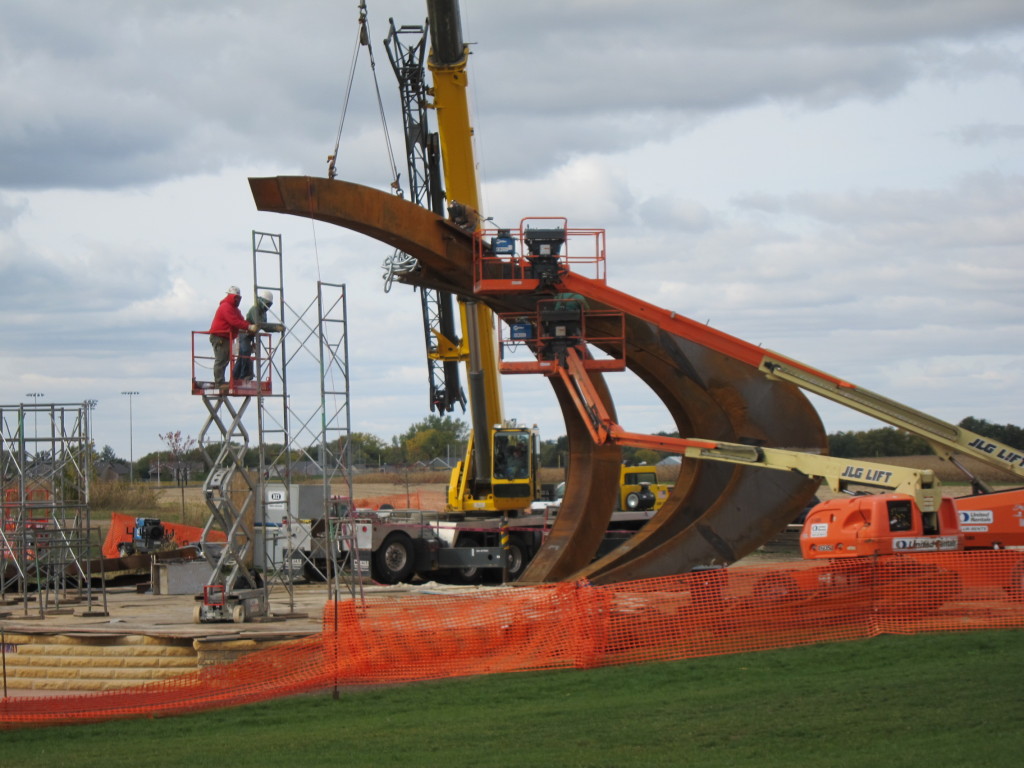 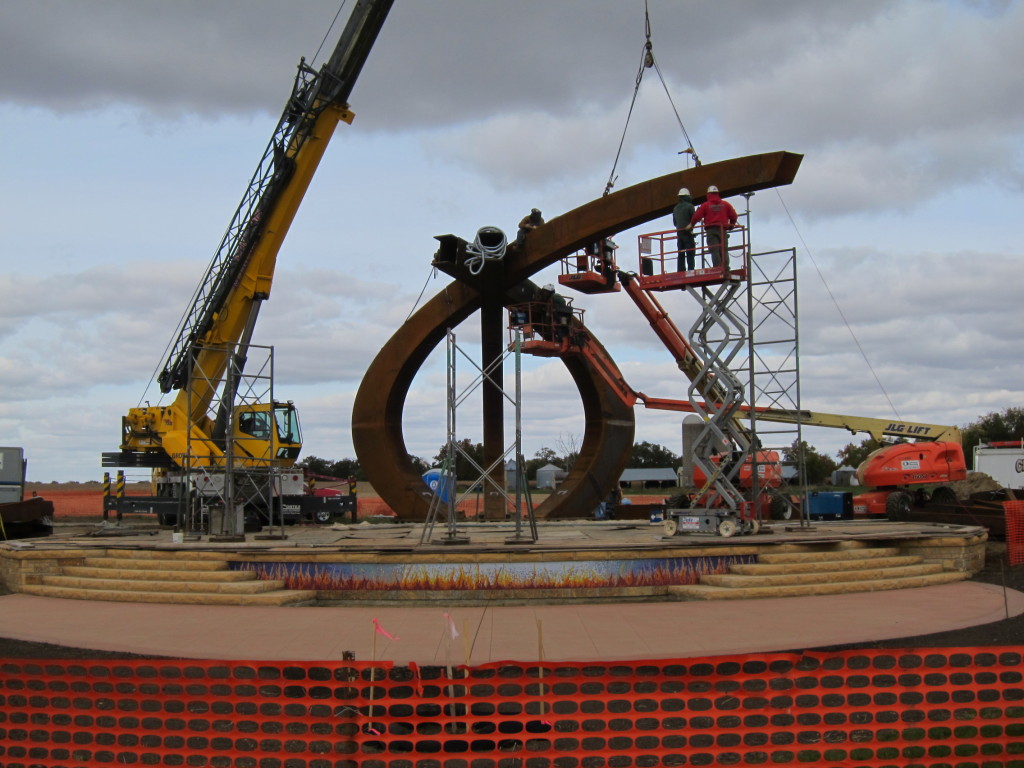