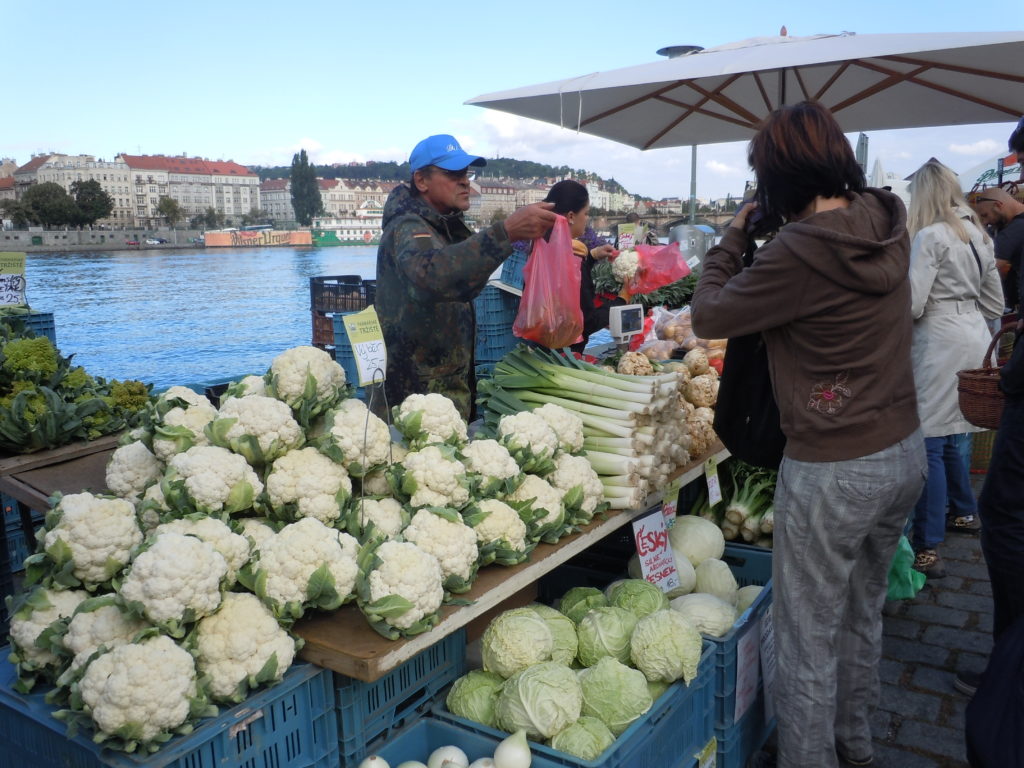 Customers shop at a farmers market along the Vltava River in Prague, the capital of the Czech Republic. The legend of the Three Kings was brought to the United States by Czech immigrants. (photo/Cindy Hadish)

It’s easy to become complacent during springtime in Iowa, when temperatures are moderate and the last frost seems to be long gone.

Forecasts in the coming days, however, show that Iowa’s weather is never a sure thing, as some parts of the state could see overnight lows in the 30s.

The Three Kings frost warning, a Czech legend brought to the United States by immigrant farmers, becomes a fitting reminder at this time of year.

Iowa’s climate is similar to the immigrants’ homeland, so many settled in the state to pursue farming and other occupations.

The legend serves as a warning to protect tender plants against a possible late frost. In Iowa, it’s a good idea to wait until May 15 to plant your tomatoes, peppers and other tender vegetables and flowers outside, or at least provide them with protection in case overnight temperatures drop below freezing.

Perennials can be planted before the last average frost date; often even preferable before the heat of summer hits.

It can also be helpful to know the average last frost date where you live. Find your date on the website of the National Climatic Data Center.